Porsche has been accused of manipulating UK emissions tests for the Cayman R, enabling the model to be rated with a lower CO2 output and therefore lowering its vehicle excise duty price for owners.

A report unearthed during a legal case for an unrelated safety issue states that the tests for the Cayman R, a hardcore variant of the previous flat-six-engined two-door, involved the car being driven off in second gear. By selecting that gear, the revs of the naturally aspirated 3.4-litre engine would remain lower, enabling the car to produce less CO2 than if it were to be driven off the line in first gear.

This, in turn, produced the car’s 221g/km CO2 rating in the UK, which is 7g/km lower than in Europe. The lower level ensured that the Cayman R cost £315 per year to tax rather than the £540 required for cars that emit 226-255g/km, according to the previous tax system.

Road tax: best cars under £40k to beat the system 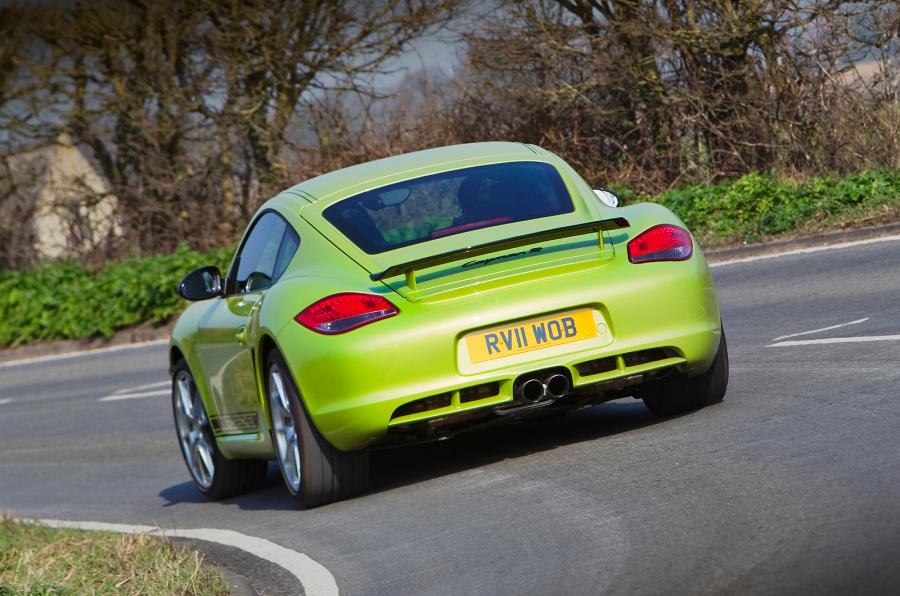 According to The Times, as many as 1500 British motorists who run or have run Boxster S, Spyder, Cayman R and Cayman S models could have paid less tax as a result of the test change in 2009. The report claims that this equates to a loss of £3 million for the Treasury.

Autocar contacted Porsche for comment, but a spokesman said: “No comment can currently be made because it is the subject of ongoing legal proceedings." Porsche’s legal proceedings currently include a case in its home country of Germany, where a company board member is being investigated for potential involvement with the Volkswagen Group’s Dieselgate scandal.

Like group stablemate Audi, however, Porsche’s involvement has so far been linked to its use of VW diesel engines rather than an internally produced unit.

As far I recall, the first Lexus IS-F didn`t drive off on 1st gear as default, same as the modern Bugatti models, in their case you need to select handling mode with the special key . Granted, both are not manual cars. As a user, it is always pointless to me what government requires to manufacturers. What manufacturers do, on the other end, matters. But what manufacturers should be doing, if not, only to put on shame their competitors would be refraining to keep churning loads of "known" by-date sale: if you know in 2 or 1 year time your product will no longer fullfil legal requirements, avoid loading the market with it, introduce in advance new product that already fullfil those requirements. Few, very few do it, sometimes they even have courage to tip-toe the market with new technology, sometimes even make public disclosure of it and later, in secret, withdraw it. No bad publicity is good.

Who were the idiots that unearthed this? I drive-off several times on 2nd gear (petrol) never mind diesel cars... and for future memory, daily jump several gears too... normal to my driving style do 1-3-5 or 6th gear, move 6th to 3rd.

Never broke a car doing it and they are in great condition too.

...well, I now remember a few years ago scaring 2 mates from a sudden 5th to 2nd due to the crappy&sluggish performance of the engine, no time for experiments when opposite you there`s a lorry arriving... and I was on the safe side, the car was from a japanese brand, unlikly to broke even after that!

How you drive your car is

How you drive your car is irrelevant to the issues raised here.

The emissions test is precisely defined over a laboratory test cycle with mandatory speed and gear change points.  All manual transmission cars are subject to the same 'Type 1' uniform test using the same gears so that a meaningful comparison of fuel economy and emissions is possible.  That is the level playing field for all manufacturers.

Each vehicle should have a single emissions and mpg regult from a test that is uniformly applied across the EU and that single result should be applicable across all EU jurisdictions.  That is a basic principle of EU type approval.  That is not what has happened here.

People need to step up too.

UK gov should ofcourse do something with these lying big cooperates but people should do their best too. I mean Golf was the 3rd best selling car in the UK for few months now, clearly people don't give a damn about the above. As long as it doesn't directly affect their house.

Just don't buy VAG products, they will get the message.