Cutting-edge technology will create an additional 320,000 jobs in the UK’s automotive industry by 2030, despite fears increasing automation could reduce the nation’s workforce.

“Employment in the motoring sector has increased by 11.9% in the last year,” he said. “This highlights how the industry is providing a positive landscape for people searching for a new career.”

Autonomous and connected car technology alone is predicted to create 25,000 more jobs by 2030 in UK manufacturing. The impact of this growth, according to research by the Society of Motor Traders & Manufacturers, will be around £51 billion of value added income to the UK economy. 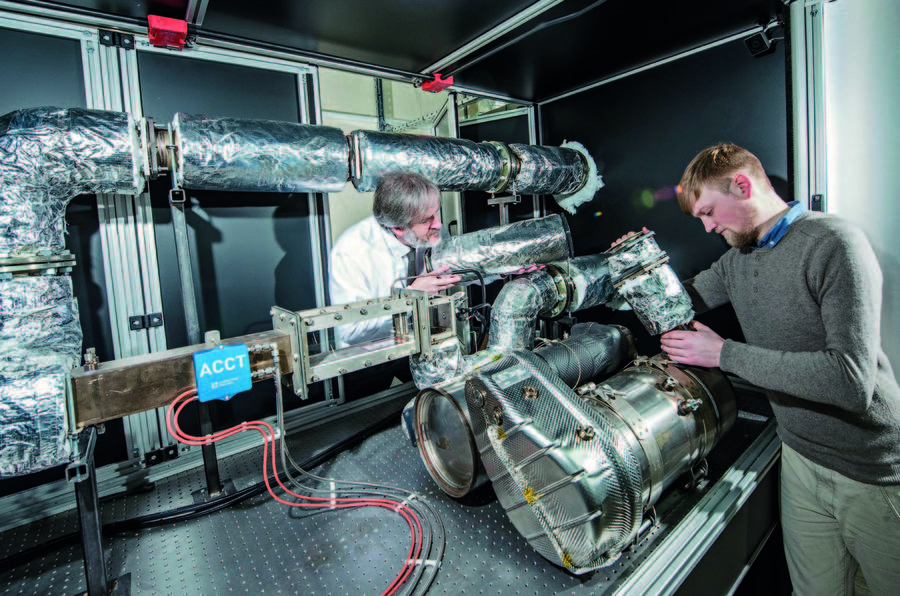 Nash warned that this surge in demand for jobs would need to be met by an increase in training schemes. He said that the industry “needs to build new learning environments and training programmes across all levels that can allow technicians to expand their skills, as well as attract new young people into these roles”.

IMI-commissioned research suggests that the automotive industry has lagged behind others in attracting the attention of young people. It recommends that automotive businesses draw more young staff into the industry with apprenticeships or similar training schemes.

“With 67% of young people saying they would prefer to sidestep university in favour of earning money and 48% choosing to avoid student debt by opting for other choices such as an apprenticeship, the IMI is calling on businesses to take advantage of this by raising the awareness of the career opportunities available to young people,” it said in a statement.

Even before the increase in high-tech roles, the UK’s automotive industry has long had a skills shortage, as highlighted by Autocar this spring. Demand for engineers in particular has not been met by supply, so much so that it’s estimated that Britain will need 1.8m more engineers and technicians by 2025, a large portion of whom will be working in jobs relative to the automotive industry.

... "cutting-edge technology will create an additional 320,000 jobs in the UK’s automotive industry by 2030," and  "Autonomous and connected car technology alone is predicted to create 25,000 more jobs by 2030 in UK manufacturing".  Any more information on where the other 295,000 jobs are coming from in an era of increasing automation?

it inherrently reduces the amount of available jobs. automated cars will slowly replace taxi drivers, as soon as we sterted replacing steam the amount of rail engineers we had plummeted, and so on. docks used to be full of people, now there's a few forklifts. shops are being replaced by the internet and free delivery, cutting workforces as it does so. retirement; i'm not too sure Peter, it could be that we end up with increasing amounts of people going through life simply never having a job to retire from - it's really hard to say! there could come a time when the regular 40 hour week begins to reduce and we end up being literally a world/nation of part-timers, simply to spread the few jobs out a bit.Sometimes, if you look at all of the problems we have - food, energy, all of that as well - and try to find what the main root issue is, is it that the global population become too big?

Apprenticeships, where 30,40,50 years ago most of the workforce came from, with advances in technology bringing better faster design, where actual physical in the same Room isn’t necessarily needed anymore has only created more unemployment because tech has reduced to the best way to do things by eliminating labour, by putting a person on the dole, that’s not going to change, why should it?!, we can’t go back, Yoppers? anyone remember them?, virtually cheap labour with no prospects, the NEW main Jobs are in computer driven technology this is where it’s needed, this is where the next generation should be pointed to. As an aside, do any of us have on a theory that the retirement age will have to come down so the next generations have a chance to work?