Mazda's new Skyactiv-X engine, which combines the spark ignition combustion of a petrol engine with the compression ignition of a diesel, “will be 20-30% more economical” than an equivalent 2.0 litre, according to the firm’s powertrain manager Eiji Nakai.

That’s significantly better than the 14% Autocar achieved in a real-world test with a Mazda prototype, but there’s more development to come before the engine is launched in 2019.

The Spark Controlled Compression Ignition engine will cost somewhere between the price of a conventional petrol and a diesel, said Nakai. 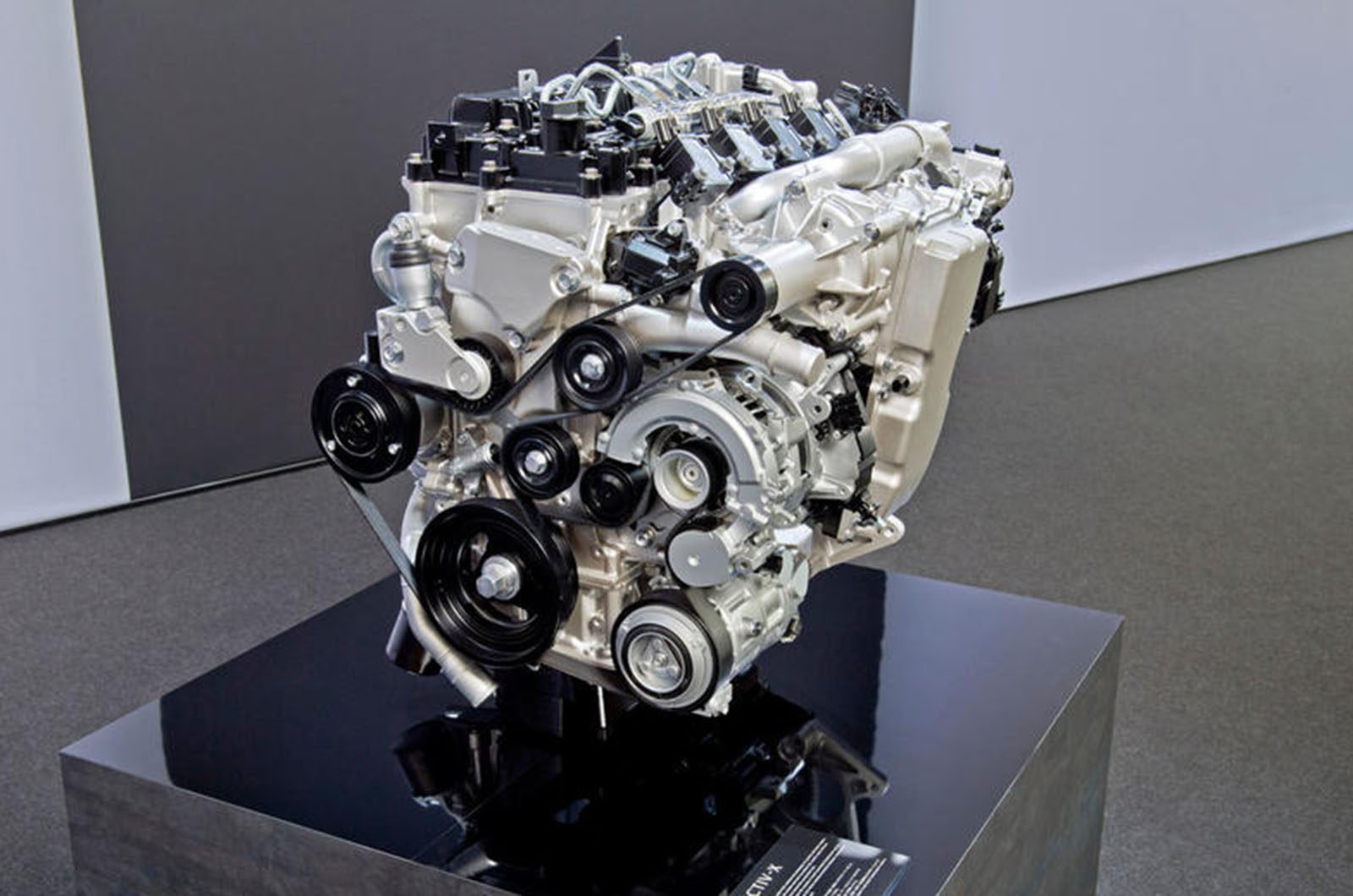 A number of manufacturers, including Mercedes-Benz and General Motors, have been developing compression ignition petrol engines, but Mazda believes it will be first to market. Several breakthroughs were required to enable the engine to switch from the 14.7:1 air-to-fuel mixture of a conventional petrol engine to the 29.4:1-plus lean-burn mixtures.

One is the continuous use of spark plugs. These ignite the mixture conventionally when the engine is cold or operating at high revs but, in lean burn mode (about 80% of the time), the spark ignites a pulse of richer fuel. The resultant fireball lights the ultra-lean mixture as it’s compressed. Even and sustained burning ensues and the piston is pushed down further and longer.

The key to transitioning between spark and compression ignition lies with cylinder sensors that determine when the engine can run lean. Detection is “very difficult”, said Nakai.

The engine also uses a supercharger that pressurises intake air. In current form, the SCCI engine produces 187bhp and 143lb ft of torque.

Are any manufacturers working on the Kinetic Energy Recovery System?  which is supposed to reduce CO2 emissions by a similar amount . It is / has been used in F1 . Have manufacturers such as Peugeot any plans to introduce hybrid air etc . ?

With infrastructure, customer acceptance and legislation still in flux a full EV marketplace is still many years away. A clever, clean-running ICE engine utilising the best attributes of petrol and diesel powered by sustainable fuel is surely an excellent transition solution?

It's amazing what Mazda is achieving in terms of product range and innovation given their realtively small size - bet they wouldn't be coming up with all this if still part of Ford's Permier Automotive group.