BACK TO ALL NEWS
Currently reading: Grey topples black as the UK’s top car colour in 2018
UP NEXT
First drive: 2022 BMW XM prototype

Grey has become the UK’s favourite new car colour for the first time since records began, now accounting for one in five purchases.

Figures from the Society of Motor Manufacturers and Traders (SMMT) show that grey has knocked black off the top spot, with 495,127 grey new cars sold last year.

British buyers’ preference for dull colours continues: the top three colours were grey, black and white, which together accounted for 59% of car sales.

A primary colour hasn't been in the top three since 2010, although blue and red currently sit in fourth and fifth place respectively.

Silver, which was the most popular colour between 2000 and 2008, has now fallen out the top five to sit in sixth position.

Cream experienced the biggest year-on-year drop in 2018, of 34%, with just 559 customers opting for the colour. 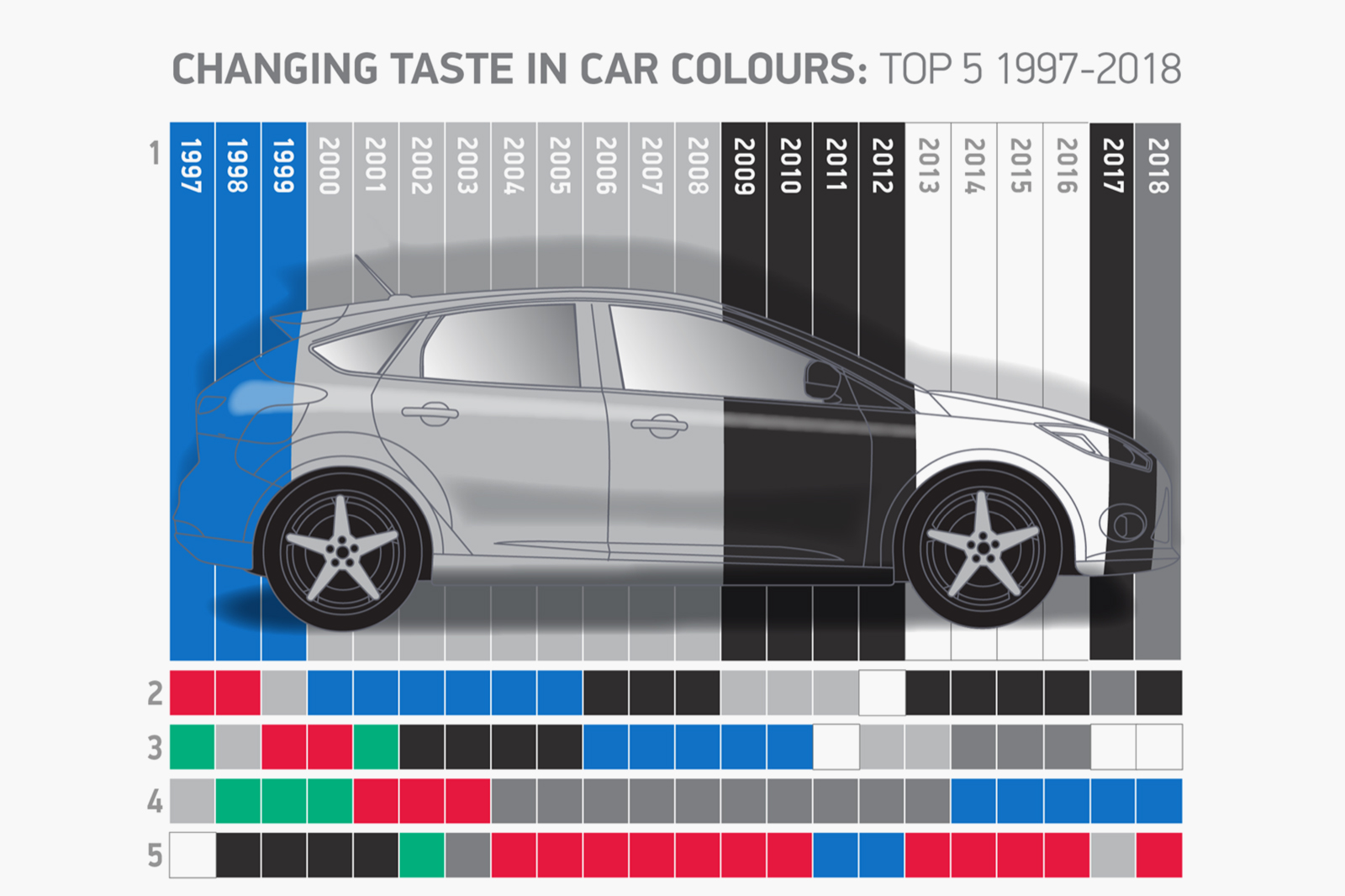 Of the top ten most popular models last year, the top three – the Ford Fiesta, Volkswagen Golf and Vauxhall Corsa – were all sold most commonly in grey.

The only model in the top 10 that wasn’t preferred in grey, black or white was the Ford Focus, with its most popular colour being blue.

Scottish customers bucked the national trend, preferring white over any other colour, but those in Northern Ireland and Wales favoured grey.

Of the 118 colours available, English drivers registered 116 of them, while Northern Irish consumers ordered only 53.

The UK’s best-selling car colours in 2017

Best color of the year

It is true as I noticed almost every car passing from my eyes in grey which shows more attraction of people. I am also thinking about this color vehicle for myself. I find useful source to write the papers for me either related to vehicle registration or any other.
Rudler 18 January 2019

I agree that it is mainly the manufacturers fault, offering dismal colours that results in 50 shades of grey being the default choice.

Now, if the government put a tax of say £500 per car on grey, black and white and a tax rebate on red, blue, green and yellow; wouldn't the country be a brighter place!!!

As already said, the choice

As already said, the choice of colours is either very narrow, with half a dozen shades of grey predominating, or it punishes those who actually want something a bit lively. Ergo, dull colours win out.

I would have thought that there are quite enough cars about with stealth colours for anyone to be willingly buying any more. It is almost axiomatic that any car with no lights on in poor light conditions will be black or a very dark grey. I suppose that is the statistical likelihood but it does make the dullards stand out if you'll pardon the contradiction in terms.