BACK TO ALL NEWS
Currently reading: British-built Toyota Avensis future in doubt due to slowing sales
UP NEXT
Entry-level SUVs on the way from Volvo and Polestar

British-built Toyota Avensis future in doubt due to slowing sales

Toyota's British-built Avensis is being phased out of sale in the UK following dwindling demand for the Ford Mondeo and Vauxhall Insignia Grand Sport rival.

Avensis sales in the UK fell to just 3473 units last year, a drop of 1660 on 2016. A Toyota UK spokesman told Autocar that it is "phasing out options for speccing new Avensis models" as it updates and expands the UK line-up.

“We will continue to offer a wide range of family oriented models such as Auris Touring Sports, RAV4, Prius, Prius+ and Proace Verso and we are confident that loyal Avensis customers can be accommodated within these fantastic models," they said.

In Europe last year, just 25,319 Avensis models were sold – less than half the number achieved by the Mondeo - leaving the future of the Avensis saloon and the Avensis Touring Sports estate (pictured below) in doubt.

A spokesman for Toyota Europe said “we are monitoring the D-segment as it declines and suffers from heavy discounting”, suggesting that the Avensis may not be replaced with a new generation. This echoes comments from Toyota Europe boss Johan van Zyl, who recently told Autocar that the company was “not decided yet” what the future would be for the model. 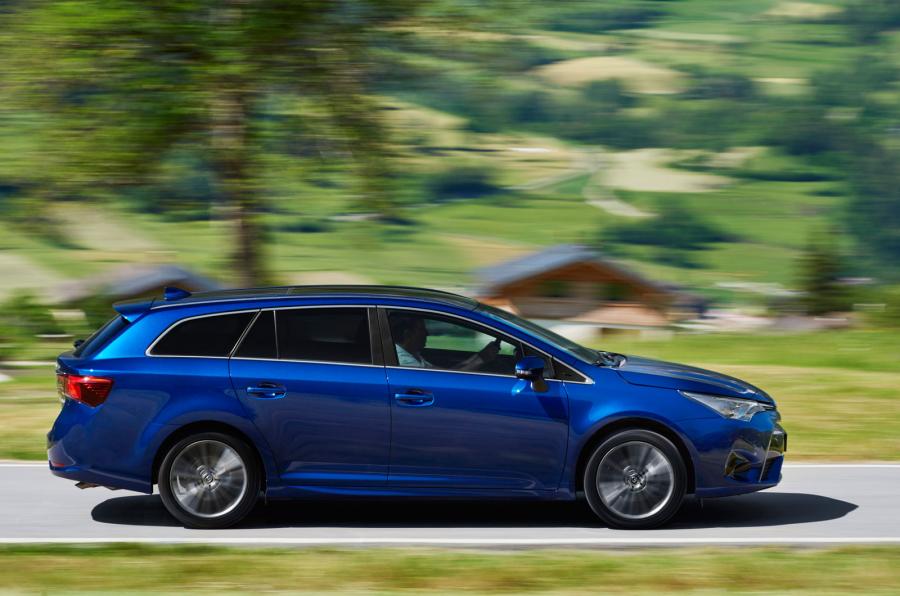 Toyota's Burnaston plant, where the Avensis is built, may therefore be adjusted to produce the Auris exclusively. However, the new Auris, revealed at the recent Geneva motor show, is expected to substantially increase on the popularity of its predecessor, helping to at least partially fill the void.

The Avensis, which peaked in demand in Britain in 2004 when 26,011 units were shifted here, has long been one of Toyota’s lowest-selling models.

Our source suggested that Toyota may choose to introduce a saloon version of the upcoming Auris, which will be marketed as the Corolla abroad, in its place, but that the saloon segment's falling demand may prevent that.

Toyota has been aggressive in its line-up revisions in recent months, dropping several low-selling diesel models, including the RAV4 and Auris, from its range in a bid to improve efficiency. The two aforementioned models, both due on roads later this year, come as part of Toyota's ambitious European growth plans, which saw it increase UK sales by 7% in 2017 - a year where the new car market shrank by 5.7%.

The Japanese company has also pledged to end the sales of all diesel cars by the close of 2018 as it ups investment in hybrid and electric technology. It recently revealed a new 2.0-litre hybrid set-up that is the most thermally efficient powertrain in production.

I would like to say thanks for including this post. I really enjoyed to read it. i would like to share a business directory website. It containing Startup Ideas and Plans are the major investments in the business field. You should analyze the current trends of the society and how you can use it as a benefactor. Your hobby can be your business.

Flipping 'eck, that's an ugly car - somebody in Toyota should be brave enough and do an Emperor's new clothes and point it out - even most Chinese manufacturers would not produce a nose that awful... Many Lexi aren't much better either...

If I was thinking of a D

If I was thinking of a D segment Toyota, I'd probably think of a Prius before the Avensis frankly. I know it's not a proper D Segment, but if I wanted that size car and a Toyota, I'd be in the showroom thinking one is boring and the other innovative. I wouldn't be in a Toyota showroom in the first place, but that's a different story.