BACK TO ALL NEWS
Currently reading: What could happen to motoring in 2022 (but definitely won't)
UP NEXT
Why now is the time to buy a proper high-mileage hero

What could happen to motoring in 2022 (but definitely won't)

First it was Covid, then the chip crisis, but as you’re about to learn, the wurst is yet to come.

With the ongoing pandemic and semiconductor shortages set to continue impacting the motor industry into 2022, our resident future-gazer has put together a tongue-in-cheek look to the year ahead. Will any of his predictions come true? We hope not...​

The global shortage of semiconductor chips continues to hamper production of electronic goods and therefore also sales of new cars. TVR announces it’s pausing production of the Griffith until the crisis eases, until somebody points out you actually have to start production before you can pause it.

In a bid to curry favour, new German chancellor Olaf Scholz reignites an overblown media storm from 2021 by criticising Volkswagen’s decision to remove currywurst from the main restaurant in its Wolfsburg factory. “You do know it’s only one restaurant, which only sold currywurst once a week anyway, don’t you?” sighs Volkswagen’s chief sausage officer.

Seeing an opportunity to get one over VW and woo workers at his new Berlin factory, Tesla boss Elon Musk announces plans to introduce his own brand of currywurst. This new sausage is a radical reinvention called the cyberwurst, which is hexagonal in shape. Meanwhile, the currywurst sauce has been removed, with the sausage now made from space dust gathered by a SpaceX rocket and served on a massive 20in touchscreen. “It will be ready to launch in March,” claims Musk.

Polestar announces plans to make its cars even more sustainable. As well as featuring vegan interiors, all models will be entirely gluten-free. Company boss Thomas Ingenlath denies the move is just to cash in on trendy eating fads. “It’s really important that we really consider the impact that gluten usage in the car industry has,” he says. “From now on, we won’t use a single piece of pasta in the production of any Polestar.” 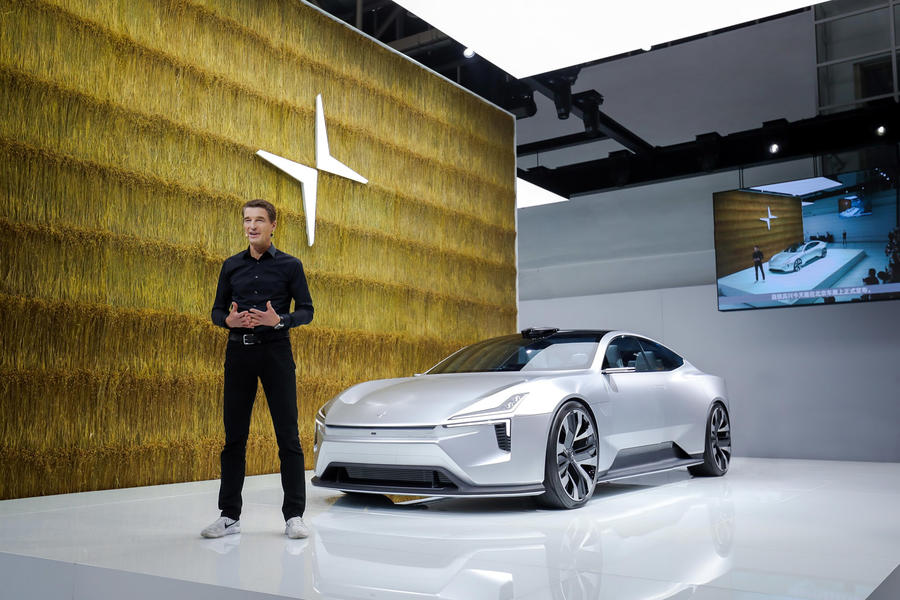 Ineos boss Sir Jim Ratcliffe is forced to defend the Britishness of the new Ineos Grenadier at the launch event for the off-roader. “Sure, it was engineered in Austria, is built in France and uses engines sourced from BMW in Germany, but aside from that it’s entirely British in every way, shape and form,” he says while munching on apple strudel, macaron and pretzel canapés.

After months of build-up and anticipation for the radically new Formula 1 cars that have been designed to produce better racing, the season-opening Bahrain Grand Prix is a soporific procession, with Mercedes-AMG’s Sir Lewis Hamilton leading home Red Bull’s Max Verstappen. F1 fans on social media immediately call for the old rules package to be reintroduced.

Entirely unsurprisingly, the Tesla cyberwurst fails to arrive for its promised production date. Elon Musk blames “production hell”, claiming that making a truly affordable space-dust-based sausage is harder than it looks. Despite the delays, Tesla shares rise at record levels. “I’m rich, just like my spicy sausage,” Musk posts on Twitter while counting his not-really-real Bitcoin.

After the success of the hastily arranged 2021 Extreme E season finale in Dorset, bosses of the electric SUV championship decide to stage every 2022 event in the UK. “Extreme E’s ethos was to race in bleak locations ruined by humans, and we’ve found that with this calendar,” says series boss Alejandro Agag. The season begins with a night race at half past two on a Saturday morning in Newcastle city centre, before heading to the new Amazon warehouse in Rochdale, the M25 at evening rush hour and then around every single roundabout in Milton Keynes.

Having enjoyed some success selling simpler cars, due to the semiconductor shortage, Ford takes the bold step of reintroducing one of its older cars that was designed to function without computers: the Model T. It immediately becomes the company’s best-seller, largely because it’s the only car that it can actually build. 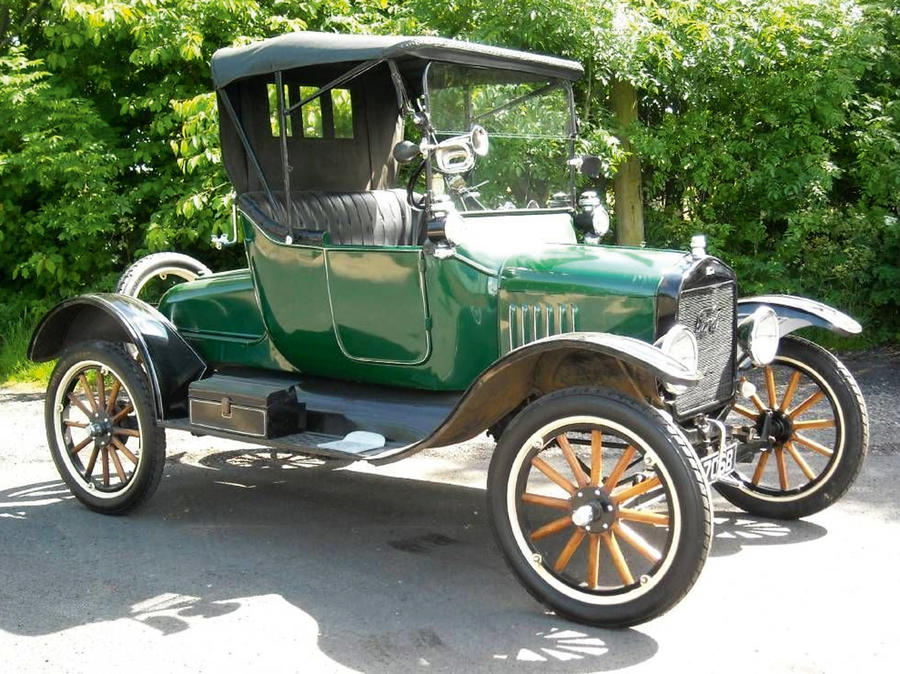 Mobilize, Renault’s mobility company spin-off arm, unveils an exciting new way to buy a car. Instead of relying on a PCP finance deal, taking out a subscription or using a smartphone app, Mobilize wants motorists to use something called ‘cash’. This strange item can apparently be directly swapped for a whole range of goods or services. “One day, we think the prospect of subscribing to something you can just buy outright will seem alien to people,” says a company spokesman.

Attempts by F1 bosses to revert to the old rules package following public pressure go awry when they accidentally reintroduce the technical rules for 1992. Williams promptly tempts Nigel Mansell out of retirement, dusts off the FW14B and dominates the Spanish Grand Prix.

Determined to win over Tesla fans excited by cyberwurst, Wolfsburg says it will massively ramp up production of its currywurst through platforms shared among its various brands. Skoda launches liverwurst, Cupra a new spicy chorizo and Bentley premium, hand-crafted pigs in blankets.

Ferrari attempts to mitigate the chip crisis by replacing the semiconductors in the new 296 GTB with an Italian orchestra conductor. The car can thus perform a rousing rendition of Puccini’s La Bohème, but even Ferrari engineers admit that it can’t match the operatic glory of a V12 on full song.

Ferrari enters two local rookie drivers named Crockett and Tubbs into the inaugural Miami Grand Prix. The pair are running one-two and look set for victory until they have to detour to chase down a drug dealer.

The Volkswagen Group is hit with a new chip crisis when surging demand means it can’t source enough potatoes to make the chips traditionally served with its currywurst. Undeterred, it announces plans for 50% of all its chips sold by 2030 to be sweet potato fries. “It’s a bold transition but one we’re well positioned for,” says chairman Herbert Diess.

Ferrari unveils the Purosangue, its much-anticipated first-ever SUV. “It may be an SUV, but it’s still a true Ferrari,” says company boss Benedetto Vigna. While the semiconductor shortage threatens to hamper production, the firm is boosted by huge sales of versions without running gear to residents of Kensington. “Well, we only buy these things for show. We don’t actually need to drive them anywhere,” says one buyer. 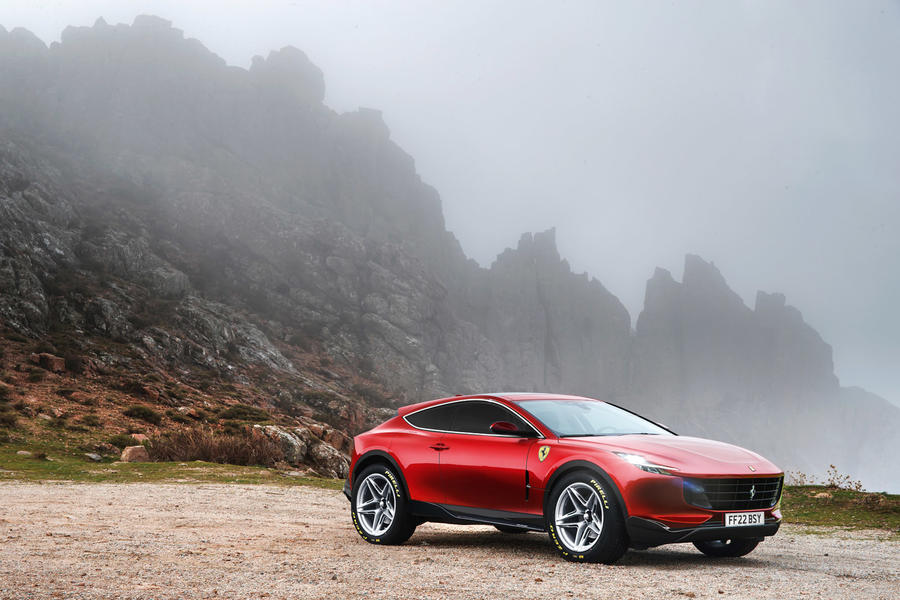 Elon Musk stages one of his most audacious publicity stunts to date, sending a prototype packet of cyberwurst into space on board one of his SpaceX rockets. “I just wanted to prove that pigs can fly,” he says.

The Goodwood Festival of Speed and the Geneva Cocking motor show both draw disappointing crowds after manufacturers are split between the two events. “We would have been fine without that Cocking show,” says the Duke of Richmond, before promptly announcing the Geneva Festival of Speed for March 2023.

Rolls-Royce reveals that its new Spectre will be followed rapidly by a whole range of electric cars. The next models will be called the Moonraker, the Goldeneye and the No Time to Die, much to the chagrin of Aston Martin and James Bond’s respective copyright lawyers.

Hamstrung by the chip shortage, Honda announces that it will shift its resources into producing games consoles through a new partnership with fellow Japanese company Nintendo. The two launch the badge-engineered Honda Switch, featuring the Super Mario Jazz game. Unfortunately, Toyota soon realises that it also needs semiconductors to produce games consoles, leaving it with a massive surplus of red tortoise shells and banana skins. 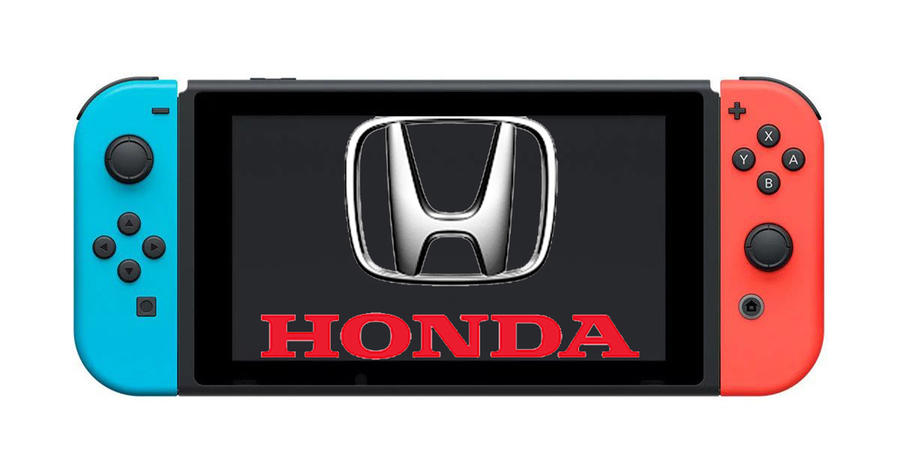 Skoda decides to mitigate the chip crisis by returning to its roots and manufacturing bicycles. It works on an exciting new range of e-bikes until production bosses realise that e-bikes also need semiconductors.

BMW outlines a range of new vegan leather replacement materials that it’s considering for use in its cars: Pinatex (made from pineapple leaves), Desertex (made from cactus husks) and Unitex (made from sustainably sourced unicorn tears). Amazingly, we made up only one of those three things.

Toyota reveals the next model to follow the bZ4X in its new bZ line of electric vehicles. A surprise collaboration with Lord Sugar, the Toyota bZX Spectrum features a 16KB built-in computer and a cassette-powered infotainment system (although top-level models get a 3.5in floppy disk unit). However, long loading times hamper the vehicle’s practicality. “I could charge an entire EV battery in the time it took me to load up Jet Set Willy,” says one frustrated buyer.

The Ineos Grenadier proves to be a huge sales hit, prompting Sir Jim Ratcliffe to announce plans for a range of follow-up vehicles. Following the convention set by the Grenadier, which is named after a pub, the new Ineos machines will be called the White Hart, the Red Lion and the Dog & Duck.

Seeing the positive reaction to the bZX Spectrum, General Motors decides to make a shock return to the UK market using one of the Australian Holden brand’s most famous nameplates. The new Holden Commodore 64 is a radical reinvention, featuring 64KB of memory and a VIC-II graphics processor. It’s also offered with the controversial option of joystick control, which Elon Musk immediately announces plans to copy for a future Tesla model.

Deliveries of the much-anticipated cyberwurst finally begin, but there’s controversy over a spate of kitchen fires caused by customers failing to supervise the product when the so-called Full Self Frying Mode is engaged.

There’s gloom in the car industry when experts predict the chip crisis will continue until well into 2023. Vauxhall is forced to delay the launch of the Astra-e, instead buying an assortment of old Novas from classifieds sites and selling them through its Approved Used scheme.

I'll make a prediction for 2022 - car prices will continue to rocket, making the cost of even the lowest priced new and nearly new cars too much for most people (unless you want a never ending, interest-laden, loan taking your money for the rest of your life whilst never actually owning anything).