The Rally for Heroes tour has been raising money for ex-servicemen since 2010. We meet its founder
Close

"I served in the Royal Signals in Sarajevo in 1995, driving along Sniper Alley in a Snatch Land Rover, and now there I was, 23 years later, driving down the same road in my Aston Martin Vantage. That was a standout moment for me.”

Mick Clark is reflecting on his experiences with Rally for Heroes, the charity driving tour he created in 2010 to raise money for organisations including the Royal British Legion and Help for Heroes but which now exclusively supports SSAFA, the armed forces charity that helps current and former members of the services, their families and dependants.

The event takes place every two years and usually kicks off in London before heading across the Channel for a 10-day guided drive, taking in great roads, spectacular scenery and major cities. Sixty cars, running in groups of five with radio communication and a team leader, are permitted on each tour. Each participant pays an entry fee (this year it’s £2995 for two people and includes accommodation with secure parking, event clothing and entry to a black-tie ball) but, crucially, participants must also pledge to raise at least £1500 each for SSAFA. Many raise much more. 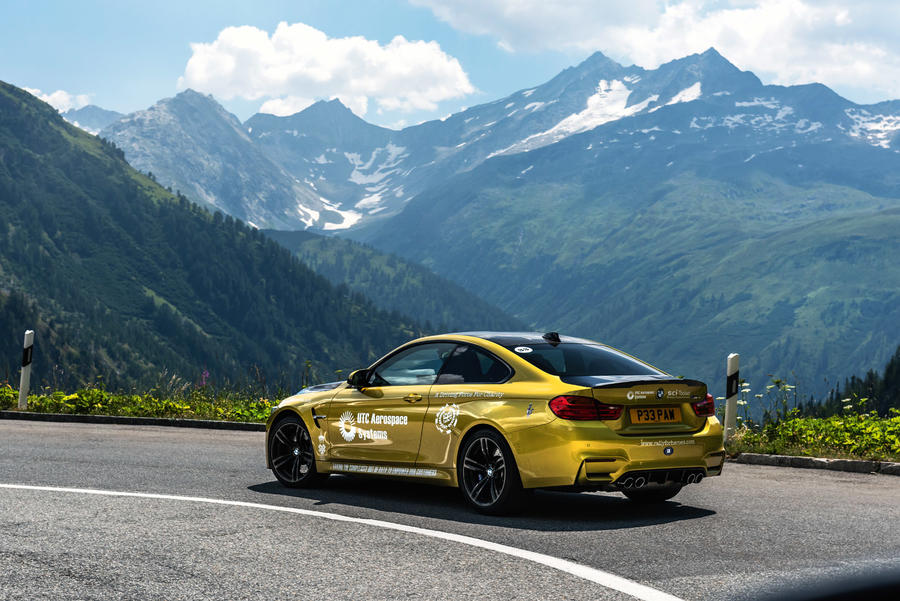 The charity’s connections at the highest military and diplomatic levels ensure experiences are of the money-can’t-buy variety and include police escorts and official receptions. However, so participants’ heads aren’t completely turned, every mile of the drive has a serious significance.

“We plan the routes to encompass a minimum of five miles for each of the 456 British service personnel who gave their lives while on active service in Afghanistan from 2001 to 2014,” says Clark. “The first drive was in 2010. We planned to take just three cars but eventually set off with 27 and raised a little over £32,000. Co-director Benn Laidler, who serves in the Royal Navy, joined me on the trip. We both knew service people who had been killed in Afghanistan, as did our operations director Steve Shaw, another Navy man, who joined us on the 2012 drive.”

Since those first tours, Rally for Heroes has raised £600,000 for services charities. By the end of this year’s tour it hopes to have pushed the total beyond £750,000.

However, promoting and organising the tours, attracting sponsorship (this year’s main sponsor is Collins Aerospace) and ensuring the charity’s fundraising goals are met has, says Clark, been exhausting – so much so that this year’s drive, a 10-day European tour starting on 5 August from Dover Castle, where the first tour began in 2010, will be the last: “All good things come to an end. Since our first rally, we’ve taken more than 700 people and 360 vehicles over 18,000 miles, on the way to raising more than £600,000 for military charities – but it has been hard work.” 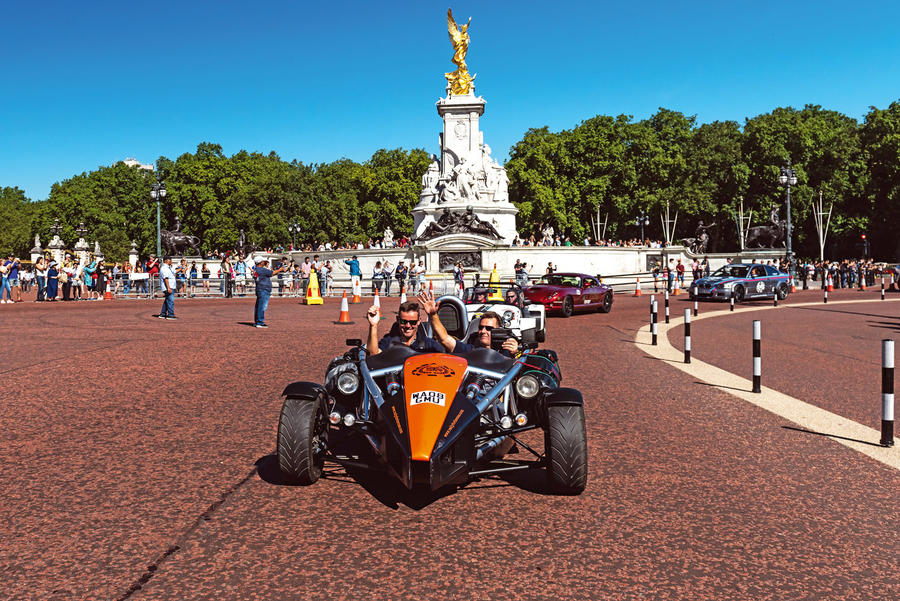 Fun, too, though. Clark recalls his own cars that he’s driven on the tour, including a pair of Focus STs and Audi A5s, and, for the 2018 tour, an Aston Martin Vantage.

“It was my dream car but this year I’m taking my BMW 435d which has an Autovogue conversion so it looks like an M4.”

And there’s a good reason for Clark choosing such eye-catching motors. “A performance car draws a crowd at pre-tour fundraising shows,” he explains. “People like to come over for a chat and to ogle the cars. On a good day, we can easily raise £1000.”

Such has been the success of fundraisers like these that the 2020 drive is already filled, with a long list of reserve participants hoping some will drop out. Meanwhile, Clark can’t speak highly enough about SSAFA, the charity that will benefit from all this enthusiasm.

“It’s the speed with which SSAFA makes things happen that impresses us,” he says. “I remember an old World War II veteran who’d been too proud to call the charity for help. He needed help to cover his bills for two months and also with updating his damaged carpets and furniture. Within a week, SSAFA had refurbished his home and paid his bills.” 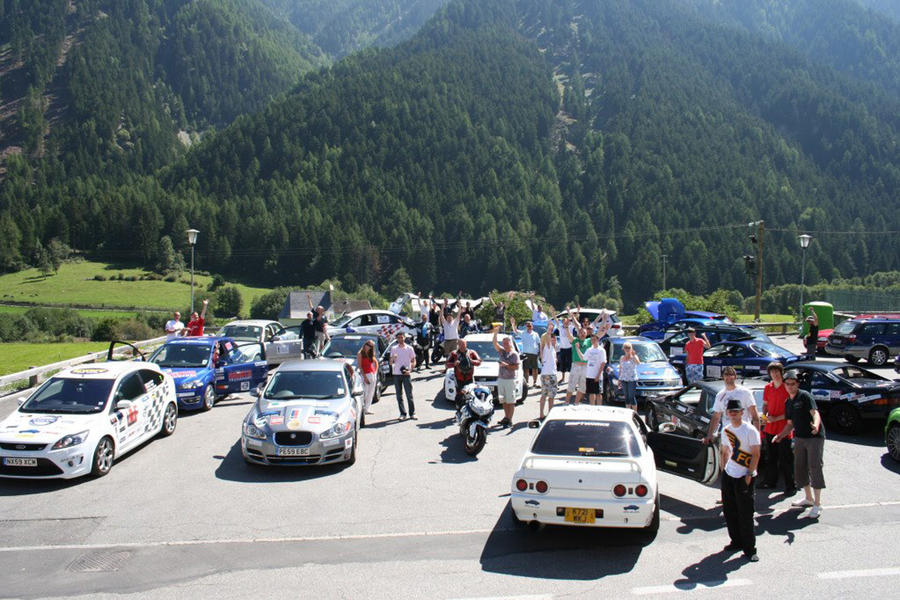 Rally for Heroes’ final tour will pass through France and Germany en route to the Czech Republic, Slovakia and Hungary, finishing in Paris by way of Austria, Italy and Switzerland. All of the participants are promised some exceptional driving roads.

Meanwhile, Mick Clark and his team of co-founders can look back on 10 valuable years helping to improve the lives of many current and former service people in the memory of 456 of their comrades killed while serving in Afghanistan.

Driver: Jim Pawson; Rally for Heroes tours: 2018 and 2020; car: BMW M4 Competition: “I’ve always supported the military and Rally for Heroes looked fun as well as worthwhile. I raised over £4000 in sponsorship for the 2018 tour, running half marathons for the three services. Two things stood out for me. The first was the start, when we processed down The Mall in convoy, three abreast (it had been closed to other traffic). The second was when we were escorted through Bosnia by police to Mostar, where we were met by the British ambassador before driving with a police escort to Sarajevo for a huge street party.”

Driver: Dave Tipler; Rally for Heroes tours: 2012-2020; car: Mercedes-Benz SLK 350: “I’m still serving in the Royal Air Force and also served in Afghanistan, so Rally for Heroes really struck a chord with me. I’ve participated in most of the Rally for Heroes tours and drive the lead remembrance car with the portraits of all 456 service people killed in Afghanistan displayed on the bonnet. I’ve seen the good that SSAFA can do. For example, a neighbour’s daughter had cancer and the charity replaced the carpets in his house with laminate flooring so she could be treated at home on a hospital bed.”

Racing lines: Not being competitive at the London to Brighton Veteran Car Run

On a charge: Driving the Jaguar I-Pace from London to Frankfurt

The grand tour: Which Brit car factories you should visit

Hi folks))) Do you want sex? I am 21 years old, very hot, but lonely girl ... Find me here dirtytinders.ml/byrdadarve