BACK TO ALL NEWS
Currently reading: Knights of our realm: the Autocar Honours List
UP NEXT
First ride: 2020 Mercedes-Benz S-Class prototype

It's the beginning of a new year, which means a great many people who have done great work for their communities, achieved in sport and in other arenas, have received OBEs and MBEs. Knighthoods, the top honour, have been given out and worthy shoulders tapped by the ceremonial sword. And plenty of not so worthy shoulders. Sir Fred Goodwin and Sir Philip Green, anyone?

But what about our world? It does seem that the highest honour in the land is rarely given to achievers in the motor industry and sport. So to right this wrong we introduce the Autocar Honours List: knighthoods for our own high-fliers. So without further ado, arise Sir Murray. 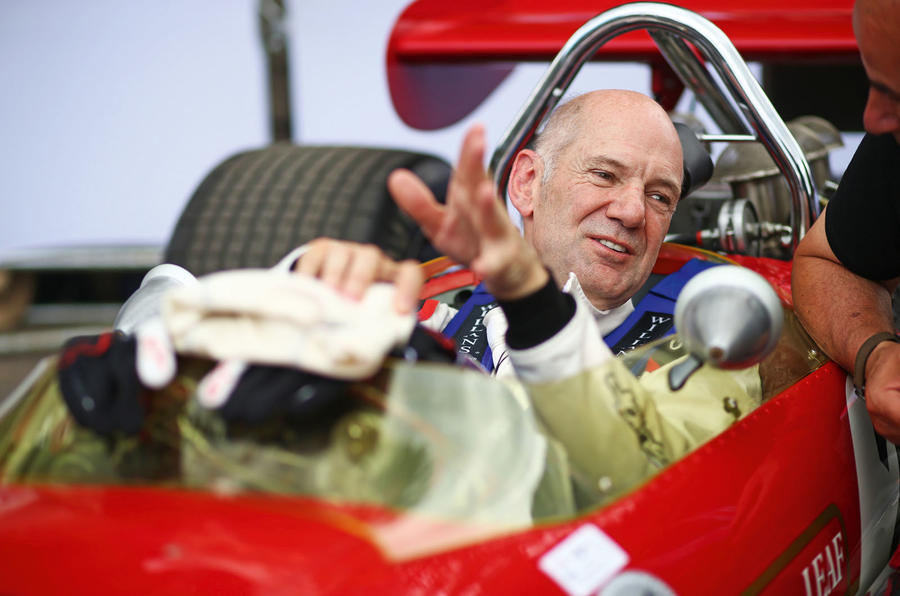 Newey is undoubtedly one of the greatest Formula 1 car designers of all time. His name sits with Colin Chapman, Gordon Murray and Mauro Forghieri. A master of aerodynamics, if your team is struggling your first move should be to get hold of Newey’s telephone number. 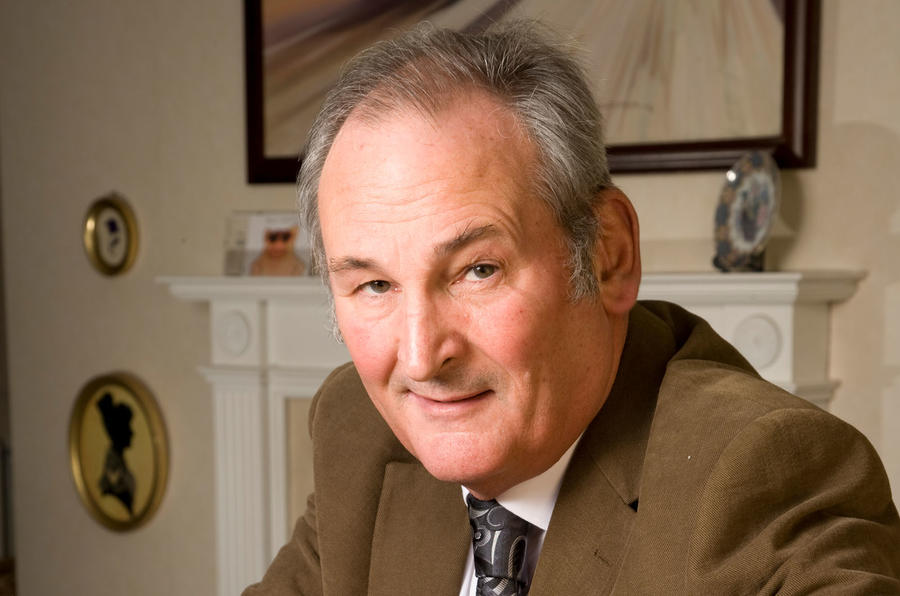 This is long overdue. Noble literally put his neck on the line for the glory of Britain to win the land speed record back in 1983 and was the driving force behind Andy Green’s extraordinary breaking of the sound barrier in Thrust SSC. It’s likely that the LSR will remain with Britain forever thanks to Noble. 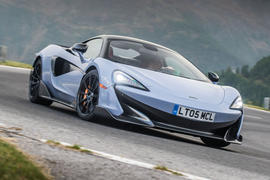 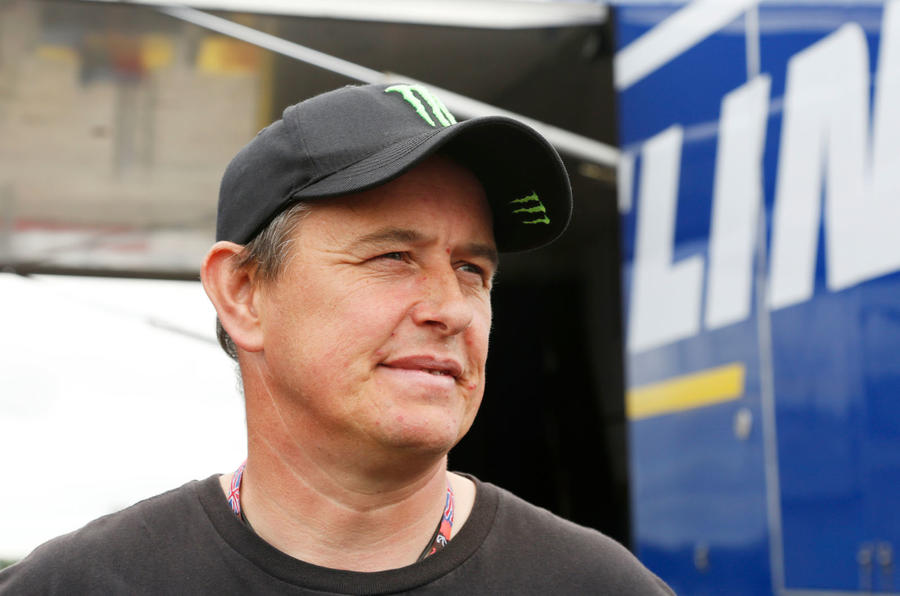 Only Joey Dunlop has won more TT races. This former bricklayer from Morecambe has dominated motorcycle road racing and captivated fans around the world. He’s down to earth, extremely funny behind a microphone and an all round top bloke. He’s done 59,000 miles around the fearsome Isle of Man TT course and has fallen off once. 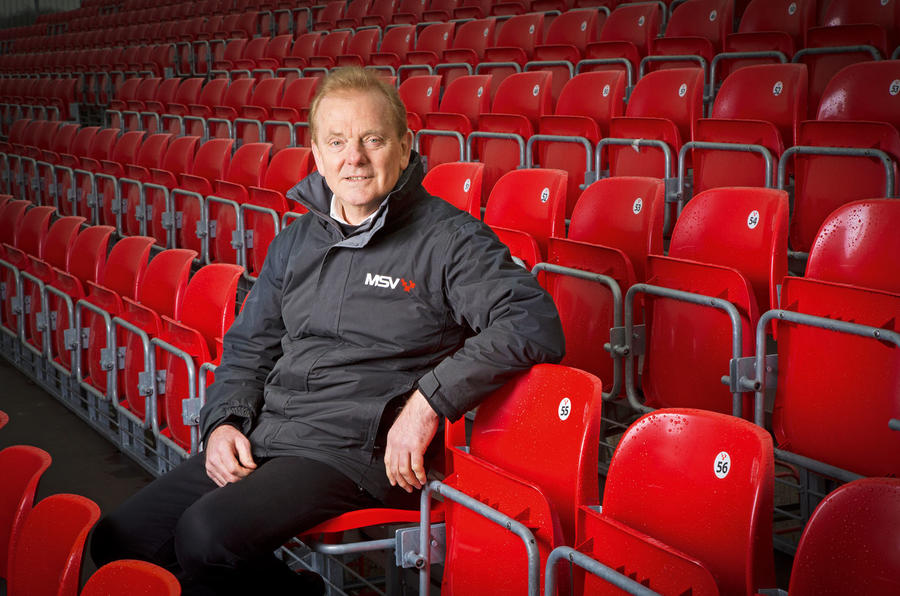 For removing the danger of catching typhoid in British racing circuits’ toilets and more importantly for protecting many of these tracks from financial failure and subsequent conversion to housing estates. A hard taskmaster to those in his employ, he has an eye for detail and an unstinting passion for motor sport. 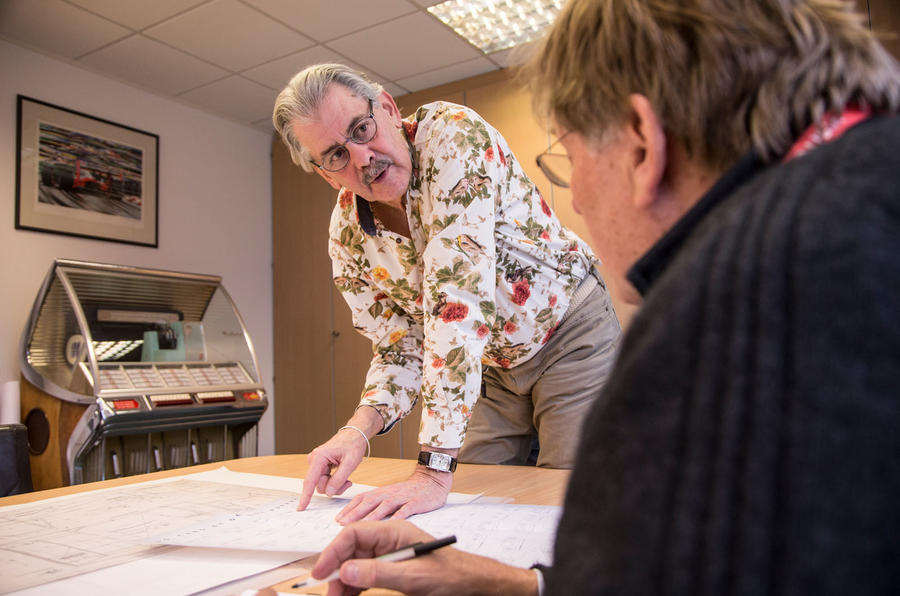 Despite having made the cut for the Queen's actual New Year's Honours List for 2019, Gordon Murray wins a spot on our list for creating some of the most groundbreaking cars of all time. A brilliant career designing winning F1 cars and then equal success with road cars. And over the past 10 years creating an outstanding business that will produce a new generation of engineering talent as well as some exciting cars. 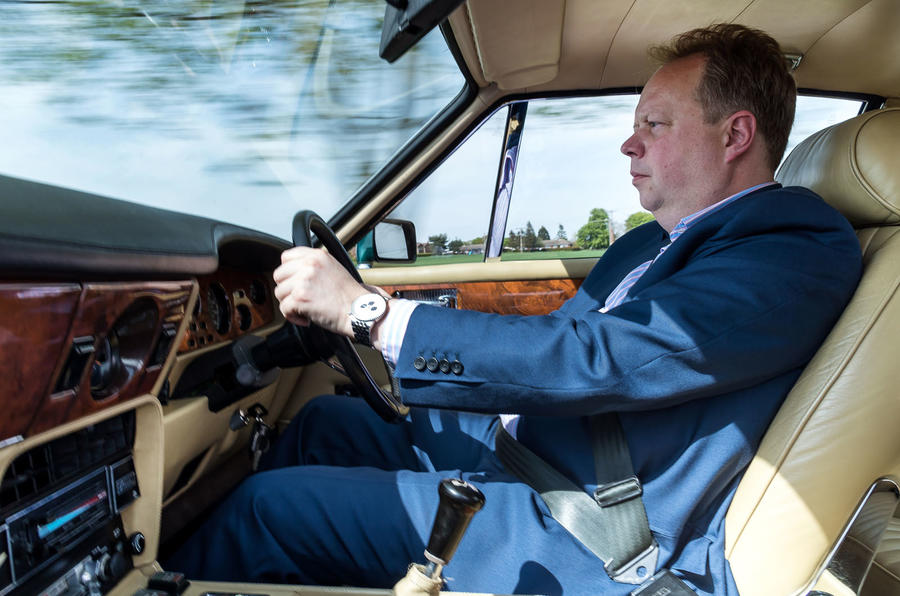 Awarding honours to people for a return favour is as old as the system itself. Andy Palmer has shown great judgement in guiding Aston Martin, but my main reason for giving a knighthood to Palmer is the hope that he will let Frankel and I share an Aston GT car at Spa. 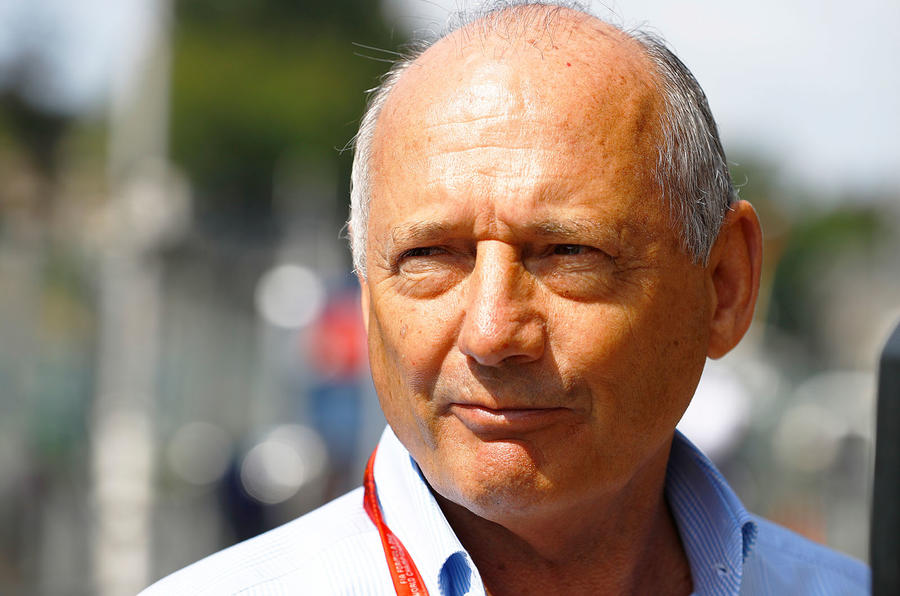 Running a highly successful F1 team qualifies Dennis for top honours, but on top of that is the founding of a new sports car company that has brought employment and pride to McLaren’s home town of Woking, a dreary commuter town hitherto known only for being the birthplace of Paul Weller and the author. 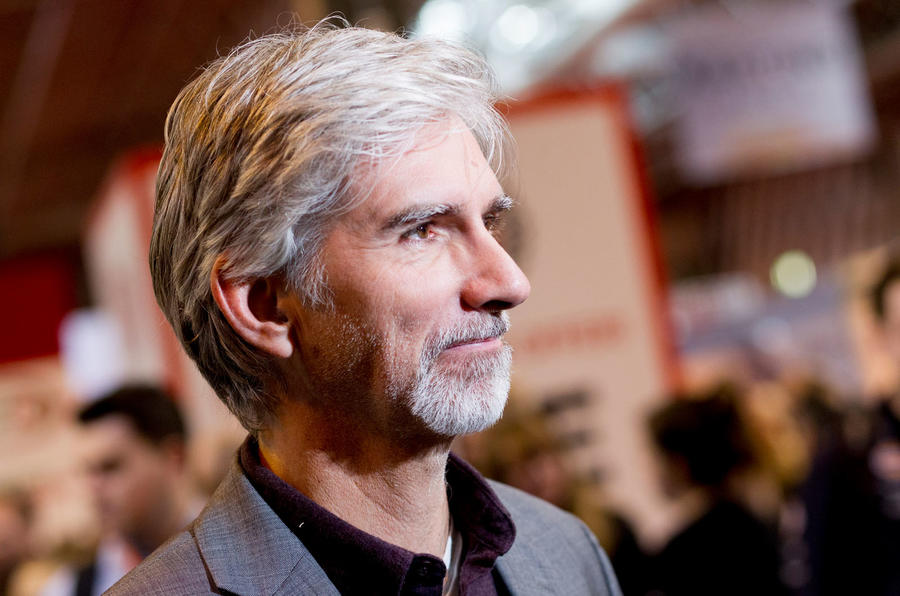 It’s a travesty that Hill’s father Graham wasn’t given the top honour for winning two world championships and the triple crown of Le Mans, Indy and the Monaco GP. Like his father, Damon has been labelled as a hard grafter but not a natural racing driver. Whatever, he’s a former world champion who has put plenty back into the sport. And he’s a nice bloke. 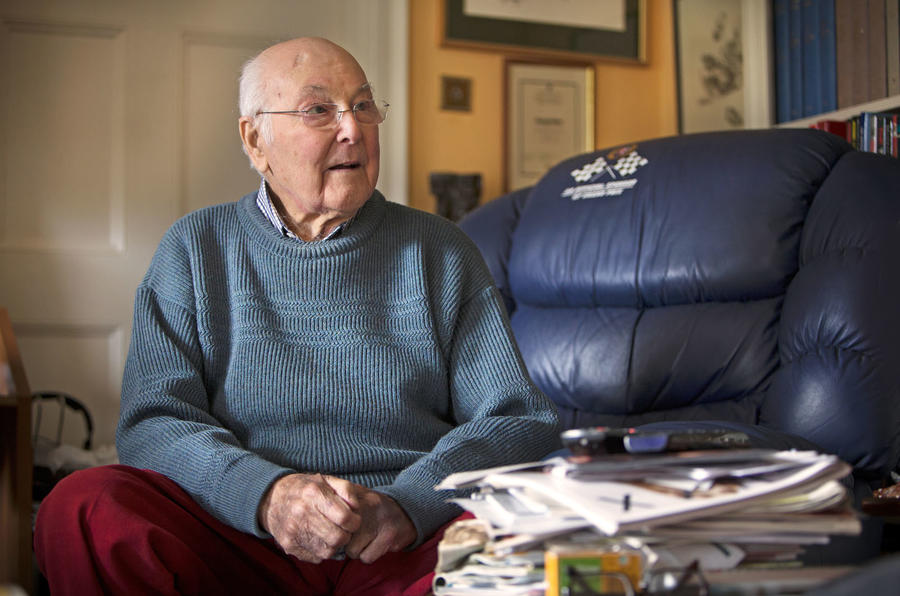 Her Majesty should tap Murray on the shoulders for his service to motor sport and in particular for making dull F1 races seem exciting by his unbounded enthusiasm. Not only has Walker, who is now 95 years old, transmitted his passion to our living rooms for decades, he is a kind, considerate and a totally ego-free gentleman. 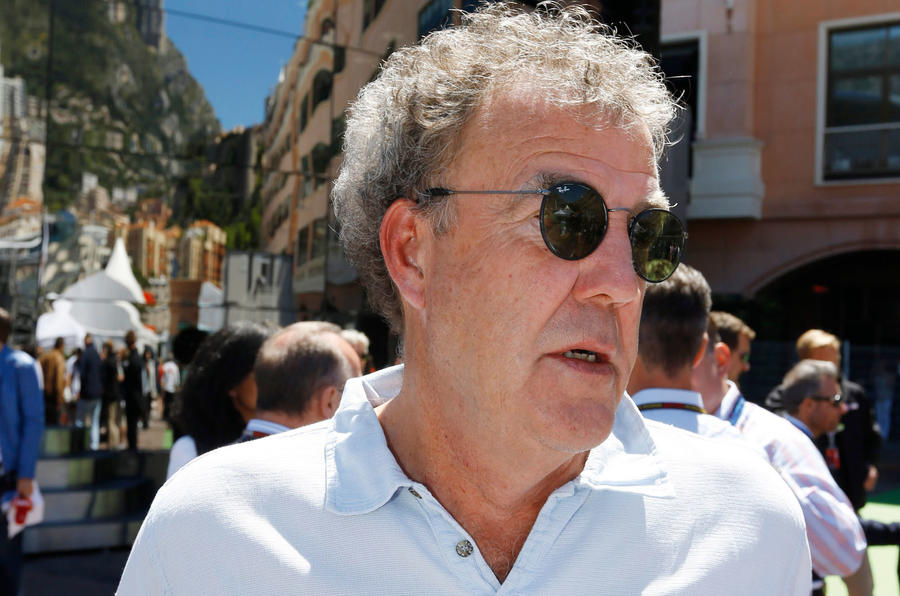 Every New Year’s honours list contains a contentious choice and this is ours. But seriously, Britain’s motor industry owes Clarkson a huge debt. Jezza has made our nation car-aware like no one else. What other country has such an impressive motor pool? We’re car crackers. 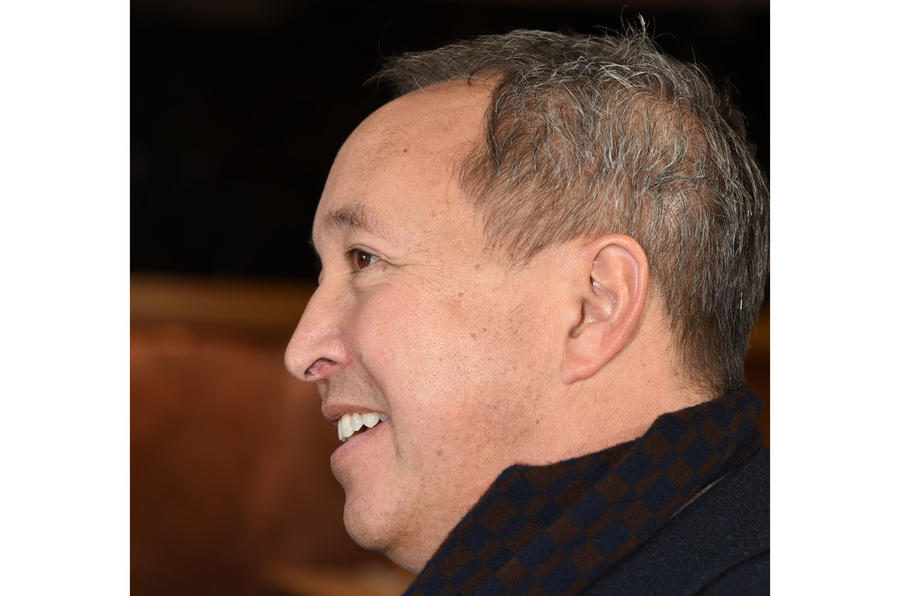 The design genius behind such greats as the Lotus Elise and Range Rover Evoque, Thomson is as modest as he is talented. Other car designers spend more time in the limelight but Thomson seems to prefer the quiet of his studio with his pencils. He’s a bit of an unsung hero.

And those who should have been…

There’s no such thing as a posthumous knighthood but, if there was, motoring has some candidates. Top of the list is John Surtees. Many people campaigned for a knighthood for this great sportsman but the calls went unanswered. Lotus founder Colin Chapman might have done the odd dodgy deal, but not only did his achievements as a team and car company owner deserve recognition, he also influenced generations of engineers.

Here’s another. He co-founded Cosworth and gave us the Double Four Valve engine. That’s enough for Keith Duckworth to have been made a Sir.

And finally Peter Wheeler, maverick owner of TVR. He was the last of a breed: opinionated, focused, self-confident, instinctive but above all Wheeler was a lot of fun to be with, whether it was at the race track or riding shotgun with him in one of his cars.

The highs and lows of Ron Dennis's time at McLaren​

5 January 2019
Jeremy Clarkson has become a rare sight just like the diesel Jettas and Boras that he used to promote so forcefully and faithfully. A two finger salute from the motoring world for this cheap sell off.

Such an obvious one, but why have his junior in the list (Julian Thomson) and not Callum?

His work at Aston alone is worth, yet look at Jaguar.   He is a design genuis and his designs last the test of time too.

In the same category as Peter Wheeler - Victor Gauntlett, without whom we would no longer have Aston Martin nor would Andy Palmer be on your list.

Yes we have a few names and then there are some we overlook sometimes. I thought Murray Walker & James Hunt were the best commentary team. Hunt was a true pro off the circuit also. Today we have NO real drivers with input like Hunt , Mansell etc etc. Wish the real Top Gear was ressurected with the three wise men though !!!!

5 January 2019
Motoring, motor sport and their associated engineers are just too often overlooked - at last Gordon Murray has been recognised with an award this year - but media types and showbiz lovelies tend to be imho too easily awarded.
Btw - Clarkson? No, sold out/worn out years ago.

We all wear out eventually.

Motoring, motor sport and their associated engineers are just too often overlooked - at last Gordon Murray has been recognised with an award this year - but media types and showbiz lovelies tend to be imho too easily awarded.
Btw - Clarkson? No, sold out/worn out years ago.

But the point being made was that Clarkson should be recognised for what he achieved before he became worn out.

Motoring, motor sport and their associated engineers are just too often overlooked - at last Gordon Murray has been recognised with an award this year - but media types and showbiz lovelies tend to be imho too easily awarded. Btw - Clarkson? No, sold out/worn out years ago.

But the point being made was that Clarkson should be recognised for what he achieved before he became worn out.

Given you stepped forward to put his case, exactly what groundbreaking, therefore widely recognisable and understood by the public at large feats, did he achieve?...be specific now.