BACK TO ALL NEWS
Currently reading: Adrian Newey and Marek Reichman on the AM-RB 001 hypercar
UP NEXT
New Kia EV9 primed as premium electric range-topper

Adrian Newey and Marek Reichman on the AM-RB 001 hypercar

Red Bull and Aston Martin have teamed up to produce a car that they say will be ground-breaking; we speak to two of the main men behind it
Open gallery
Close

Right now, for most of us, the new car being created by Aston Martin and Red Bull Advanced Technologies exists only as green swooshes in a picture, a teasing shape that hints at a sleek, low vehicle without telling us very much at all.

In the minds of designers Adrian Newey and Marek Reichman, however, the AM-RB 001 is already a technologically advanced car with an astonishing breadth of capability, able to both jostle slowly through city traffic and beat a Formula 1 car for outright pace.

The project has progressed as far as a full-sized model and the parties involved – Aston Martin, Red Bull and motorsport outfit AF Racing – are still feeling their way in this new relationship. Everyone is wary of saying too much, too soon, but after exclusively breaking the story last summer, Autocar has been granted a rare interview with both Newey and Reichman. 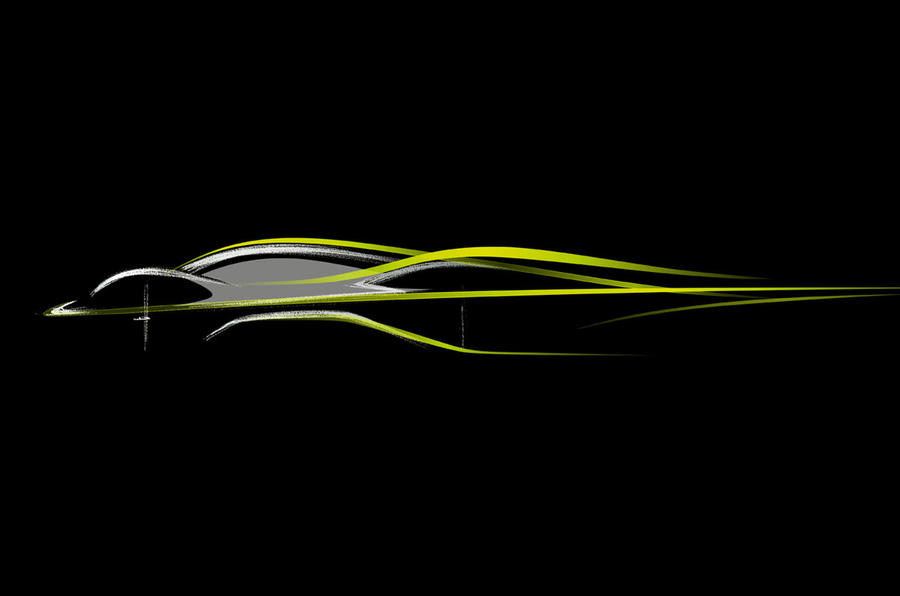 Newey, long considered Formula 1’s foremost technical thinker, and Reichman, responsible for shaping the new generation of Aston Martins, have forged a fruitful working relationship. Discovering that they think along similar lines was a huge bonus for the pair as they set about creating an all-new sports car that will serve as a ‘legacy’ road car for Newey and a halo vehicle for Aston.

Comment: Why the Aston Martin Red Bull AM-RB 001 could be the car that defines a decade

Despite his career in racing, the idea of road car design has lingered in Newey’s imagination since his formative years. “My dad was a great tinkerer with cars,” he says. “He had Mini Cooper Ss, Lotus Elans, that sort of thing, and used to do all of his own maintenance. He had a little workshop where he would modify them and I used to help him.”

Newey began sketching his own cars and then “using dad’s workshop to fold up bits of aluminium and fibreglass, making my own designs”.

His final-year project at the University of Southampton explored how ground-effect aerodynamics – all the rage in Formula 1 at the time – could be applied to a road-going sports car. “I built a full-scale wind tunnel model of [my car]; that’s as far as it got, but it helped to get me my first job in motor racing,” he says.

He admits he finds the sport’s current regulations restrictive from a chassis perspective, so while he’s been immersed in Formula 1, he’s also kept an eye on road car design.

“I read Autocar and I’ve always remained interested in road cars,” he says. “I enjoy driving; my treat to myself when we won the Formula 1 championship in 2010 was to buy an Aston Martin Vantage, and I also have a DB4 GT that I use as a road car on sunny days. So I’ve always admired Aston as a brand and I’ve always been interested in sports cars, in particular small, efficient ones.” 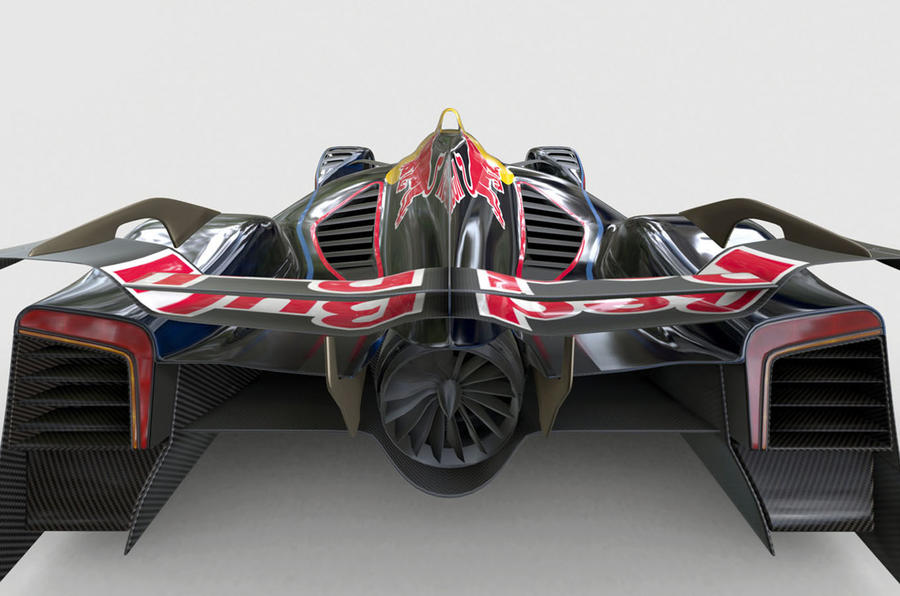 Andy Palmer’s move from Nissan, where he had become acquainted with Newey via the Infiniti-Red Bull F1 tie-up, to become chief executive of Aston Martin presented an opportunity for the project partners to come together. But this is more than a marriage of convenience; since the project got under way in January, the design chiefs of Red Bull and Aston have found that their visions are closely aligned.

Neatly mirroring Newey’s early immersion in small, fun sports cars, Reichman’s first road car was an Austin Healey Sprite, so perhaps it isn’t surprising that the two designers have similar ideas as to what makes the perfect sports car.

Comment: Could the Aston Martin AM-RB 001 race at Le Mans?

Even though a mid-engined Aston wasn’t in the product plan at Gaydon, Reichman had had thoughts about how one might look and had even committed one mid-engined idea to concept form in the DP 100 Vision Gran Turismo, created in 2014 for inclusion in the virtual world of the Gran Turismo computer game.

Now, though, came the opportunity to create a production car with few technical restrictions. Earlier this year the two designers presented their ideas of what such a car could look like. Reichman says: “The first time we met to share, their [Red Bull’s] vision wasn’t a hundred miles apart from what I was thinking about if Aston Martin was to do a ‘mid-ships’ car.”

Newey and Reichman are reluctant to reveal much about the car’s definitive shape, but the width of their grins as they carefully choose their words to discuss it suggests it will provoke a jaw-dropping reaction when it is revealed.

Reichman confirms that the car will “tell you it is an Aston Martin through its proportions” but warns that it won’t look like any Aston we’ve ever seen before. “The proportions of AM-RB 001 are near-perfect,” he explains. “It is perfectly balanced in terms of performance, chassis balance and occupant versus engine packaging.”

They confirm that the car will have two seats side by side – with room enough for six-footers plus a modest luggage space – and a midmounted internal combustion engine. Words such as ‘purity’ and ‘lightweight’ are used to describe the project, and the power-to-weight ratio is expected to be close to 1:1. 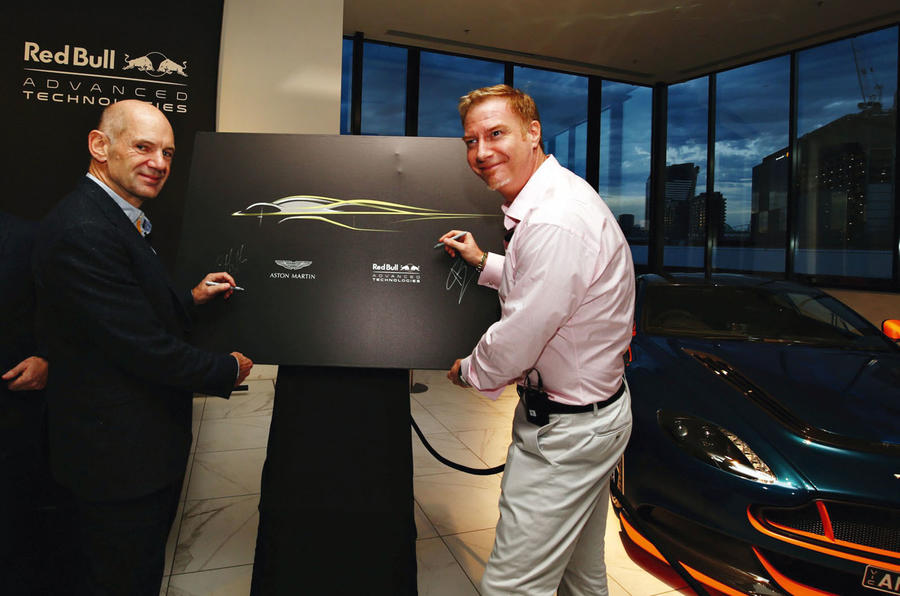 Beyond that, specifics are thin on the ground. Let your imagination run riot, because there are clear indications that Newey and Reichman have done likewise. Like any project, there are, of course, budgetary constraints, but with the car due to come with a projected price tag of £2 million to £3 million, it’s effectively open season for its creators to consider all manner of exotic materials for parts, powertrain options and construction methods, provided Aston Martin’s bespoke Q division can turn them into reality to build 99 cars.

We can at least expect the car’s shape to be informed both by Newey’s career-long passion for clever aerodynamic and technical solutions and Reichman’s latest vision of Aston Martin’s design language. To further fire the imagination, recall the dramatic Newey-penned Red Bull X2010 and X2014 concepts created to promote Gran Turismo and Reichman’s aforementioned DP 100.

There will be two variants of the AM-RB 001, one road legal and the other an extreme, stripped-down track version that will chase that headline-grabbing, F1-bettering lap time.

The road car will be “a car of two characters”, according to Newey. “The easy thing to do would be design a road-going LMP1 car, but if it felt like one of those on the road, I would feel we have failed,” he says. “So we’re trying to create a car that’s capable of extreme performance when you want it, but equally if you’re stuck in a traffic jam on the King’s Road, it’s a comfortable place to be.”

Aston says we should expect a carbonfibre body, but it will be more than a road-going racing car. “An LMP1 car has a brutish nature because its form language is following a certain function,” he says. “The AM-RB 001 is not only comfortable to be in in a traffic jam, but it is also beautiful to look at in that traffic jam. That’s an important aspect of this, because it doesn’t have the constraints of having to follow a formula, therefore we can put that mixture of the art of aerodynamics and the art of beautiful design together.”

Beyond that, we’re in the realms of speculation. 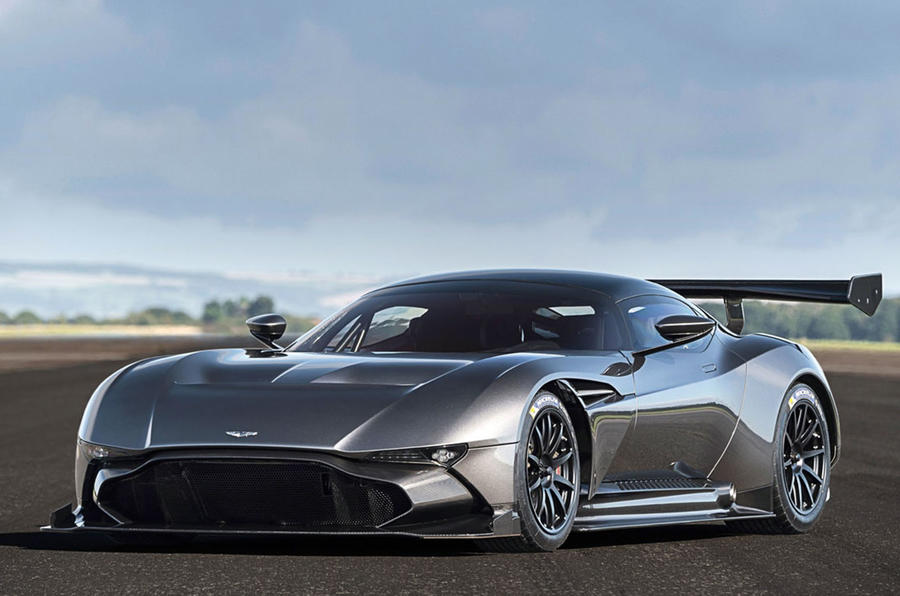 How will it achieve the promised goal of eclipsing a Formula 1 car’s lap time around Silverstone?

Clues could be found in Newey’s past creations in the real, theoretical or virtual worlds; they have utilised ground effect aerodynamics, ‘active’ aero (which adapts to the flow of air around it), ‘blown’ diffusers to enhance the airflow using exhaust gases and even ‘fan car’ technology. The latter was pioneered by Chaparral in CanAm racing and by Brabham in Formula 1 and featured rear-mounted fans that drew air out from underneath the car to reduce pressure and promote downforce.

Reichman says those behind the project relish the ‘no limits’ approach: “A lot of modern cars don’t have these starting points. They are often based on a car that already exists or something the company needs to do. This car is a unique approach.”

Extra power is likely to be supplied via a hybrid set-up that’s essentially a simplified version of the energy recovery system used by an F1 car or a Le Mans Prototype. Newey hints: “Hybridisation offers some areas to explore that are very interesting and which perhaps haven’t been done before with that technology.” 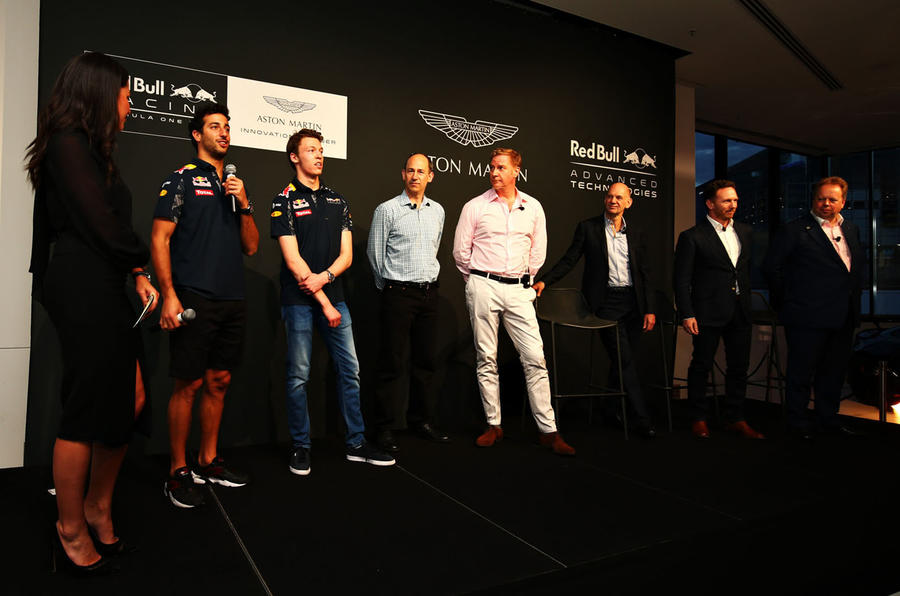 Like the ultra-rare Aston Martin Vulcan, whose owners will be invited to be high in the queue for an AM-RB 001, the new car will be a rewarding high-performance model, and owners who take it onto the track will have to build up experience of driving it at high speeds.

“But at the same time, frankly, Marek and I would like it to be a car that you can commute in if you want to,” says Newey.

It sounds like an impossible ask, but the two of them wear a relaxed air that suggests they’ve studied all the CFD figures and know precisely what the AM-RB 001 should be capable of when it hits the road and track.

The car’s ‘001’ suffix implies that it could be the first in a series of cars. They are coy on that, but asked whether he sees this collaboration as a foundation for further joint projects, Newey encouragingly describes the coming together of Red Bull and Aston Martin as “a simple marriage”.

He continues: “Sometimes when you put two companies together, it is kind of a shotgun affair, and sometimes it just works very easily. I think this is in the ‘very easy’ category, in that we seem to have the same thoughts and ideas.”