BACK TO ALL NEWS
Currently reading: Handling by Lotus: revisiting the Kia Elan in 2021
UP NEXT
Lamborghini confirms LMDh entry for 2024

Handling by Lotus: revisiting the Kia Elan in 2021

This tagline has appeared on a few cars and been unjustly absent from many more. We investigate
Open gallery
Close

The Exige and Evora have been killed off and the Emira has yet to go on sale. I expect you wouldn’t have trouble securing a slot for an Evija, but that comes with a snag in the form of a bill for two million quid.

So while we wait for the brave new world of Lotus to unfurl, we thought it might be fun to revisit some cars from the past that were technically not Lotus (don’t let the firm hear you use Lotuses or worse Loti as a plural) but which simply wouldn’t exist without a considerable amount of help from the heroes of Hethel.

So we start with what, at least in Europe, is the rarest of all. In the UK, there’s just one – and you’re looking at it – or possibly two at most. It’s the Kia Elan. Remember that? My recollection was that once production of the M100 Elan had stopped in 1995, Kia asked Lotus to build a few more and badge them Kias for sale in South Korea. And not for the first time, how I recall things happening and how they actually happened are at significant variance.

What actually happened was that Kia literally bought not only the rights to the car but all the tooling, too. The only snag was that General Motors (which owned Lotus at the time) wouldn’t let Kia use any of its parts – a considerable inconvenience when you consider that one of those parts was an engine from GM-owned Isuzu.

Undeterred, Kia pressed on, replacing 162bhp worth of turbo 1.6-litre engine for a 151bhp atmo 1.8-litre unit of its own. It changed the rear lights and replaced the orange GM dials with some white-on-black ones. It also raised the revolutionary suspension, mounted on ‘rafts’ to counteract torque steer, apparently to cope with poor road surfaces in the domestic market. 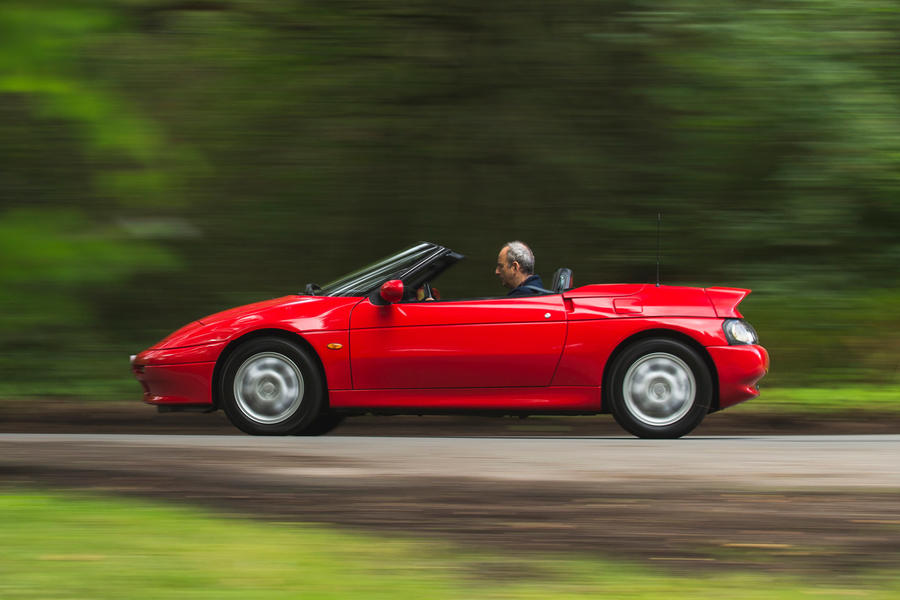 Kia did briefly consider selling its new roadster in Europe, even though GM wouldn’t have allowed the Elan name to be used, but the Kia Sports – as it would have been known – never materialised over here.

But at some stage, this sole Kia Elan did. I was never much of a fan of the M100 Lotus Elan on which it is based. Dynamically highly capable though it was, I felt it mistook fast for fun, offering rapid, effective but less than involving transport. Ultimately, I just didn’t see why people would buy it when the rear-driven Mazda MX-5 was so much more fun, cheaper and better looking. And, sadly for Lotus, the market saw it the same way.

But as an alternative kind of classic, the Kia Elan is fascinating. First, it seems suspiciously well built, its fit if not its finish probably some distance beyond what Lotus was capable of achieving. And its engine isn’t bad at all, even if I don’t much care for the gearbox to which it’s attached. It needs revs, but that’s no bad thing, and it even manages a plausible hard-edged howl as it heads for the redline. 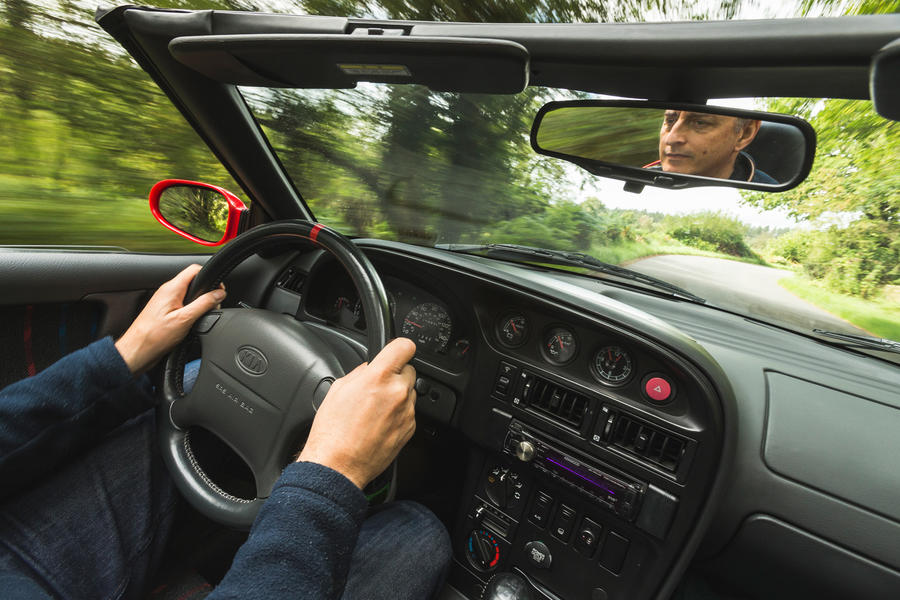 I also suspect that it’s considerably lighter than the Isuzu turbo motor, because while I remember nothing but varying shades of understeer from the Lotus Elan, you can neutralise the Kia’s propensity to wander wide of the apex just by shutting down the throttle. Cheap Chinese tyres probably help, too...

What has been preserved, despite its rubber and raised ride height, is the way it combines an astonishingly high cornering limit with frankly bizarre ride quality. You can see how softly sprung it is from outside, but within it feels beautifully controlled and unerringly accurate. Even the steering, despite its ugly airbag wheel, is better than I recall.

Were Kia Elans plentiful and I the owner of an original MX-5, would I now be rushing to swap one for the other? Probably not: like all M100s, it remains for me more a car to admire than with which to fall in love. But I will say this: were it possible to get the Lotus and Kia versions of the Elan side by side, I wouldn’t say it were a given that you would choose the Lotus unless for reasons of image.

And I’m glad to have driven an M100 for the first time in 25 years. As a brand-new car, it was quite hard to build a case for. But as a usable classic, full of quirks, engineering interest and still capable of providing a memorable driving experience, it’s more tempting today than ever. 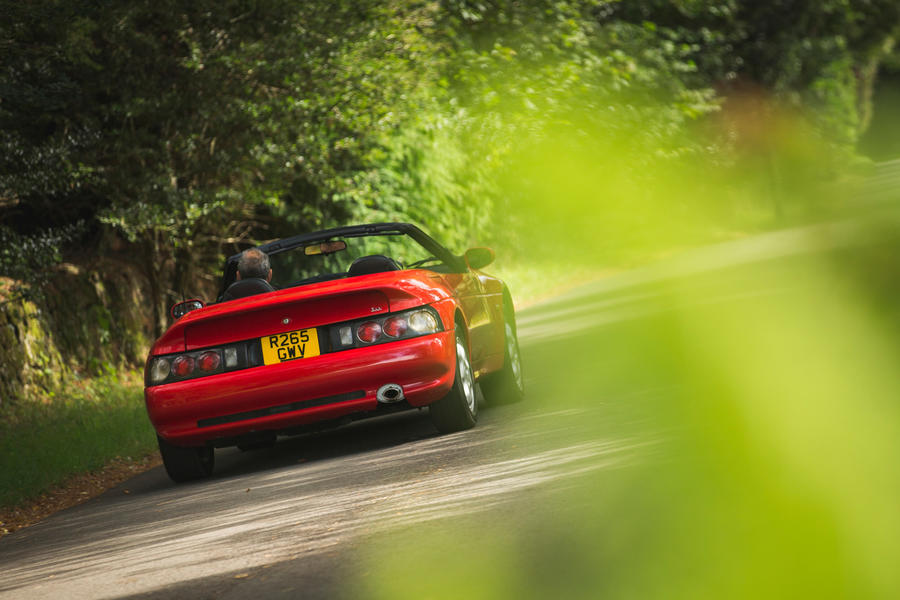 THE CARS LOTUS OWNED UP TO...

There have been plenty of cars whose makers have been not just prepared but eager to crow about the role played by Lotus in their creation. Probably the most famous is the Ford Cortina Lotus, a rather ordinary family saloon turned into a giant-slaying road and race car by the addition of the famed Lotus twin-cam engine. Images of the likes of Jim Clark three-wheeling to victory are among the most iconic in the history of tin-top racing.

Even more spectacular was the Talbot Sunbeam Lotus, a car that started life as the Chrysler Sunbeam. A pure homologation special powered by Lotus’s 2.2-litre 16-valve motor, it made for a thrilling road car and sensational rally machine so good in the World Rally Championship it won Talbot the 1981 manufacturers’ title. 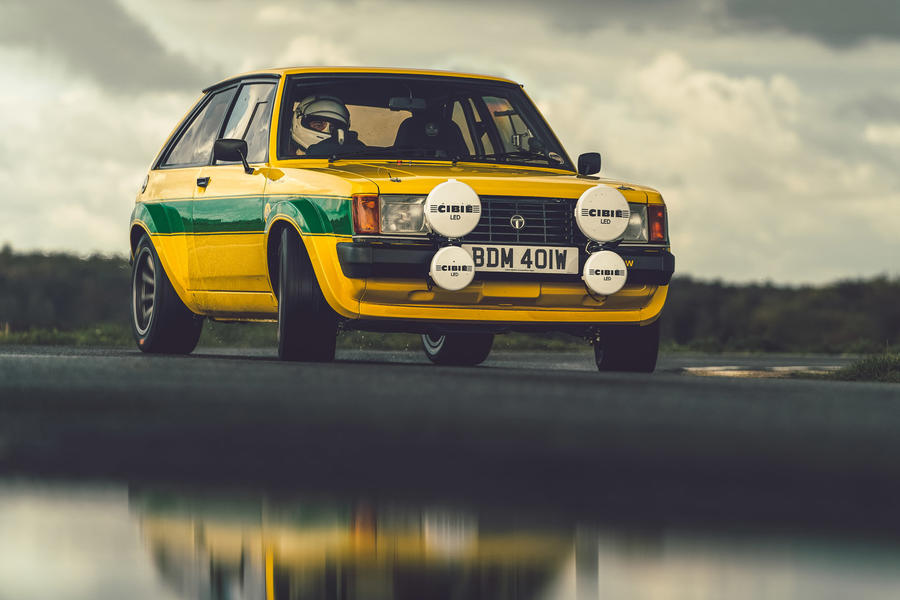 And then, of course, there was the Vauxhall Lotus Carlton, the world’s fastest four-door car when new and making the E34 BMW M5 look somewhat anaemic by comparison. Despite Lotus’s involvement in the widening and stiffening of the chassis, not to mention its 3.6 litre twin-turbo engine, it was never quite as satisfying to drive as the M5, but as a hot rod for all the family, there really wasn’t anything like it. 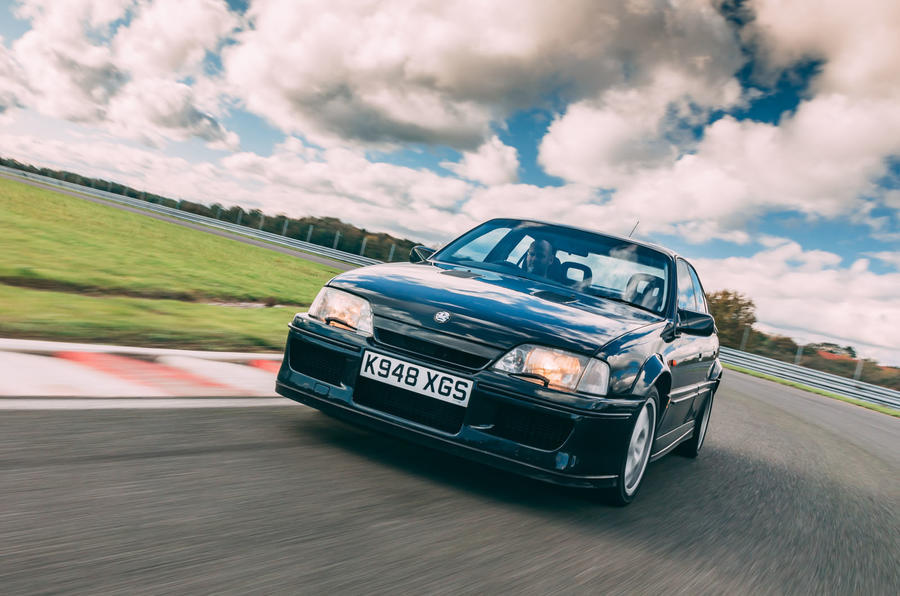 The Lotus involvement in some cars is blindingly obvious, even if they lack the badge to prove it. You didn’t, for instance, need to be a genius to figure out that Lotus had quite a lot to do with the original Tesla Roadster. In fact, it was not only based on the Elise but Lotus built it, too. And the Vauxhall VX220 (today a sorely underrated car), while by no means a badge-engineered Elise, still owed enough to its philosophy and construction method to deserve to be considered as derived from it.

But what about the more under-the-radar cars? Remember the Isuzu Piazza? It was actually quite a good car to drive, not least because Lotus had fine-tuned its suspension, softening the springs but beefing up the roll bars. All the evidence of Hethel’s involvement were ‘Handling by Lotus’ badges on its flanks.

Lotus did much more than merely tune the handling of the 1990 Corvette ZR-1. At the time, both Chevrolet and Lotus were owned by GM, so the latter was given the job of engineering a truly high-performance version, leading to the most radical rethink of Chevy’s legendary small-block V8 to date. Out went the pushrod-operated two-valve heads, replaced by quad camshafts and 32 valves per cylinder, half of which could be switched off if the owner didn’t trust the driver. The result was one of the best ’Vettes ever.

The involvement of Lotus in the DeLorean saga probably deserves a book all by itself, but it’s a story from which no key player, particularly John DeLorean or Colin Chapman, emerge with credit. But in brief, a car intended to be mid-engined and lightweight was so flawed that it had to be re-engineered from scratch – a job handed to Lotus, which rebuilt it around a steel backbone chassis not dissimilar to that used by the Esprit. Underpowered and undeveloped, the result was a dismal failure.

Unlike the Aston Martin Vanquish. It’s only in recent years that the role Lotus played in the creation of this car has become well known, but it could scarcely be more important. I recall thinking when it was new, 20 years ago, how similar in concept its bonded aluminium architecture was to that of the Elise. Now I know why: Aston had lost almost all of its in-house engineering capability (which is why TWR did the DB7), so it simply handed the Vanquish project to Lotus, which developed the simple, lightweight and strong chassis using tech that it by then understood well. And Aston has used it ever since. 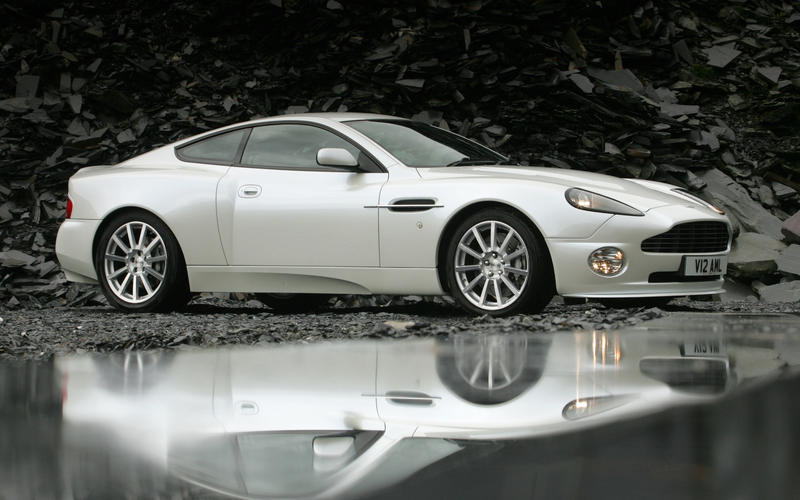 The Vanquish led directly to the DB9 and the vaunted V/H platform, a variation of which was still being used by the Rapide until last year.

Now that Lotus is once again under new ownership, it has a stated aim to rebuild the long-neglected engineering side of its business, so who knows how many cars in future will have Lotus to thank for the way they get down a road – or how long it will take before we find out about its involvement.

I love the looks of the M100 Elan. Altough the rear end was better on the US version without the virtical tail cut.  I owned one and it was great.  The article forgets that Autocar at the time regarded it as the fastest point to point car.

There were strong rumours that Lotus had a lot to do with the fouth gen 1980's Toyota Celica.

Saw this in the early days of Kia UK on their stand at Motorfair (I think) in London at the time when the only car that Kia had on sale was the Pride hatchback,also on the stand was the soon to go on sale Mentor. It was powered by a licence built version of the Mazda 323 engine, but the staff on the stand weren't that keen at opening the bonnet and were rather cagey about why the car was on display. Not all of the Lotus Elan's were turbocharged,a non turbo version was on sale but very few were sold