BACK TO ALL NEWS
Currently reading: Hammer down: The UK's most affordable car auction
UP NEXT
UK electric car ownership jumped 53% in 2020

Hammer down: The UK's most affordable car auction

Desperate for that post-lockdown car fix but bored of frothy festivals and concours catwalks? You need to take yourself to an auction. But not a corporate event drowning in branding and stuffed with ranks of ex-lease hacks; rather an old-school set-up with real motors, real bidders and coffee you can stand your spoon in. Just like Cannock Motor Auctions.

It’s located almost bang in the middle of England, so most will be able to make its popular 11am Saturday sale in no time via the web of nearby motorways. If it isn’t too much hassle, pop over on Thursday or Friday to see if there’s anything that takes your fancy.

Autocar dropped in on the first Saturday in September to experience Cannock’s third post-lockdown auction. Naturally, everybody had to don masks and stand outside the sales hall as, also outside, the cars went one by one under the hammer, but the new arrangements did little to dampen the enthusiasm.

And why would they? Frankly, nothing’s as interesting as an old bargain motor. What’s more, when you’ve got 70 of them (mainly bread-and-butter cars leavened by some BMWs and the odd SUV) in one place, that level of interest is keen but also friendly, possibly because the financial stakes are so low. 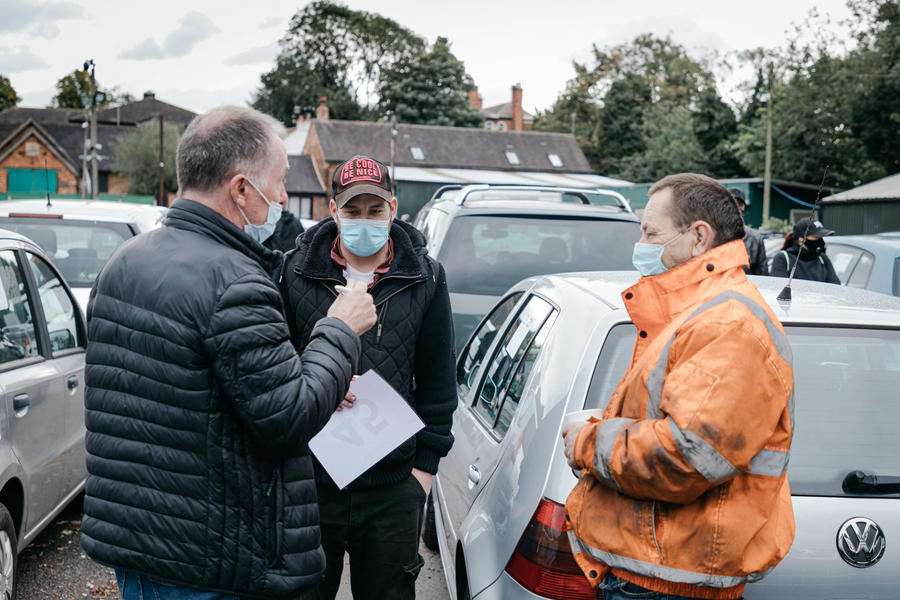 Our favourite? We were torn between a bright 2003 Volkswagen Golf GTI 2.0 5dr with 81,000 miles that made £450 (the most recent MOT, viewable on the official MOT history website, noted corroded brake pipes and worn suspension bushes) and a nice 2007 Saab 9-3 Convertible 2.0 Linear with a powered hood and 85,000 miles that sold for £1025 (no steering lock noted on its current MOT record).

Aside from grabbing a bargain, the reasons people come to Cannock are to escape the modern world of internet bidding, suited traders glued to their phones and, that scourge of big-name auctions, sky-high fees.

“Fees at Cannock are very low,” said Steve, a casual trader who has been coming to the auction for two years, in which time he has bought 20 cars, among them just one ‘lemon’. “You can easily pay £200 at larger places, and on some sales you’ll pay more in fees than you will for the car itself.” 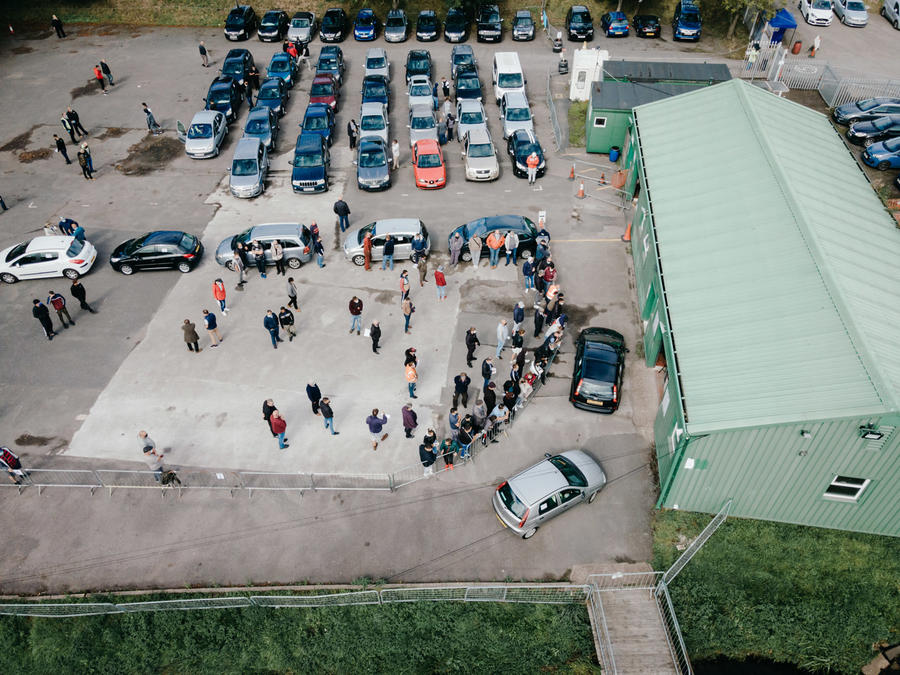 He was a little disappointed at the day’s range of cars but was still relishing the possibility of spotting a good’un. Tellingly, a very bright 2015 Ford Fiesta 1.25 Zetec with 25,000 miles and a full service history left him cold. “Suspiciously good for this place,” he said. Sure enough, it didn’t sell.

William Harrison told us that he has been buying cars at Cannock for 40 years. “I’ve bought thousands,” he says. “When there were more independents like it, we would come here on a Saturday morning and then go to Stoke for its sale. On Tuesdays, we would be here and then over to Stafford. Prices are very low. People are happy to pay £1000 for a car, run it for 12 months and then put it back through the auction. That’s cheap motoring.”

Tom, his son, isn’t so sure: “A lot of these cars will be sold for parts – especially their catalytic converters.”

“I’ve been going to auctions since I was 16,” said Adam. “I’ve bought around 90 cars from them but only two off dealer forecourts, one of them new. I’ve never come unstuck, unlike the time I bought a Ford Focus on an online marketplace for £700 and spent another £600 repairing it…”

Part of Cannock’s secret is that it’s a traditional, family-run business. Owners Tom Luik and his wife Margaret acquired it from Tom’s brother Ilmar in 2016, when he retired. Ilmar had in turn acquired it from Cannock’s founder, a chap called Stan Fallows who started it in the late 1960s to sell all sorts, from televisions to cars. Ilmar joined part-time in 1976 and slowly assumed the reins. Today, Tom is always visible and available to advise or, occasionally, mediate, as is the way with auctions.

The first thing you notice on arrival is the large green, pitched-roof building that dominates the expanse of hardstanding divided into pre-sale and post-sale parking areas. It’s where, in normal times, sales are conducted. Freelance auctioneer ‘Rapid’ Rich Stoodley (“If I were any faster, I would be mediocre”) told us there’s no better auction: “I’ve been doing this job for 30 years and Cannock is the best. It’s a shame you’re here in Covid, because when the shed is open, there’s loads of banter and atmosphere.”

We can imagine, which is why we reckon we’ve just found our new Midlands meet-up where we can kick tyres, chew the fat and bag a motor for pennies. Better than ogling unattainable supercars any day.

Despite post-lockdown jitters keeping many people indoors, Cannock Motor Auctions’ third sale didn’t go badly at all. Around 45 of the 70 cars that went through the ring sold, so a decent 64%. That said, two weeks before, 80% sold as traders rushed to plug gaps in their stock. Here are the top 10 motors that caught our eye.

The comment re the Saab "no steering lock noted on its current MOT record" - Is that not a feature of all Saabs as they have a gear lever lock rather than a steering lock?
Chris C 25 October 2020

I used to live quite near there and can't understand why I never went.... I did visit BCA at Measham but it was a bit more upmarket.

Online MOT history checks are very useful these days providing what you're looking at isn't a ringer...

Worst auction story I heard was a mate who told me about an old Escort that went through a Yorkshire auction which was so rusty that the seller jammed a length of wood between the front upper suspension mounts and cut the bonnet cable so that no one could lift it to look inside....

Straff, they're not quite

Straff, they're not quite that bad.

I've used this auction a few times as I buy and sell a few cars when I'm in-between contracts to keep a bit of pocket money coming in. As long as you're careful, buy what will move on quickly and don't get greedy with margins you can do ok.