BACK TO ALL NEWS
Currently reading: Goodbye Toyota GT86: Last blast in a sports car great
UP NEXT
Rodin FZero: V10 weapon aims to be world's fastest car

Even after nine years with no real changes, the GT86 signed off as one of the most ridiculously engaging, playful sports cars. We bid it a fond farewell
Open gallery
Close

There is a tremendous consistency to the things we’ve said about the Toyota GT86 and its Subaru BRZ twin during the past 10 years. In September 2011, a see-through full-size model of the coupé appeared on the Subaru stand at the Frankfurt motor show, with its drivetrain on full display. “It will have the lowest centre of gravity of any rear-drive sports car on the market,” we wrote.

That November, I first drove the Toyota version, a disguised prototype when we still thought it would be called the FT-86. But while the name ended up different, what we thought about its purity remained the same. “If you add more power, you will need a turbocharger and bigger brakes, and that adds weight, and that’s where the downward spiral starts, right?” I wondered. Correct, said Toyota: “The key development for the FT-86 is that it’s a front-engined, rear-drive car with intuitive handling. A fun car is a car you can control. We rejected the idea of a car developed using numbers. It must have a front-engine/rear-drive layout, a naturally aspirated engine and a low centre of gravity.”’

The effect of all of those characteristics was startling. By the following summer, we had given the finished article a five-star road test rating. That autumn, it won our Britain’s Best Affordable Driver’s Car contest. Then it moved onto the full, non-affordable competition, and it beat everything in that, too.

That Christmas, we named it one of our cars of the year (obviously): “The package is so well conceived and so persuasively delivered that the threat of diminishment shadows any possible alteration. More power? Perhaps, but it isn’t intended to be fast and a turbo would likely ruin the perfectly poised throttle response. A bigger, better, quieter interior? Well, okay, but we wouldn’t want to add a single solitary kilogram to [Tetsuya] Tada’s and [Toshio] Masuda’s [chief programme engineers of Toyota and Subaru respectively] hard-won 1275kg kerb weight.” In fact, we weighed one car at just 1235kg fully fuelled. 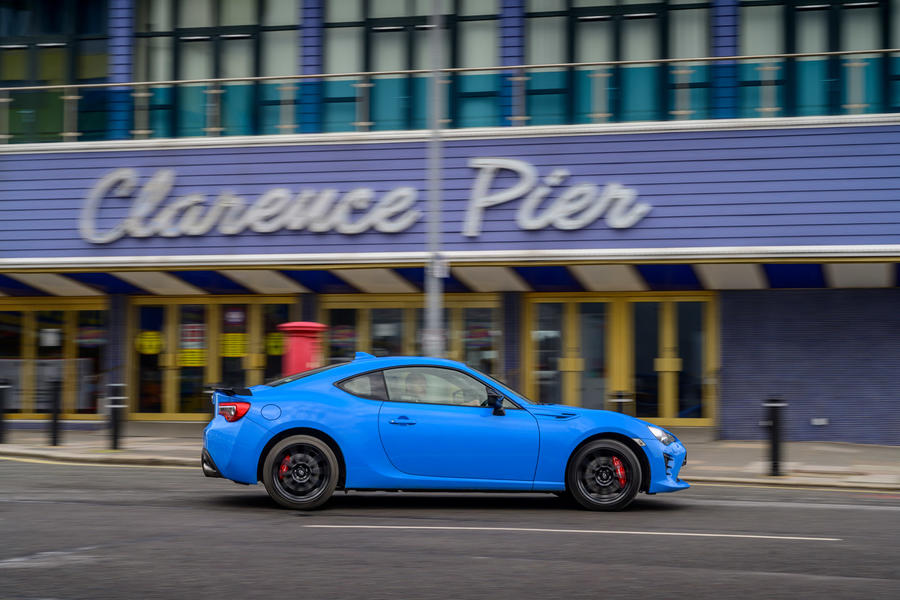 By 2019, we were entirely accustomed to it, but it was clear that it was closer to the end of its life than the start. During a drive of a development GR Supra, Toyota had a GT86 on hand for a convoy with the larger new coupé. “Swapping into it,” I wrote, “I’m reminded of the advantages that minimal mass gives you. Sure, the GT86’s engine is wheezy, but working it hard, you can carry speed and enjoy delicate fingertip steering responses that are denied the heavier Supra. It’s a reminder of how exceptional the GT86’s chassis is, which I suspect wasn’t the object of the exercise.”

Indeed it wasn’t. I like the Toyota Supra but, even in its new four-cylinder guise, there’s no chance that it can step on the toes of the GT86. Especially given that it’s way more expensive.

And anyway, even if it could, now the GT86 is gone. Subaru withdrew the BRZ from sale last summer and the last GT86 left Toyota dealerships in February. It’s my favourite car of the past decade, and it’s fair to say that we championed it.

Fat lot of good it did. When Toyota president Akio Toyoda gives interviews, sometimes dressed in a race suit, because he’s that kind of bloke (you would like him), he jokes about what tales he tells the company’s accountants because of making cars like this. 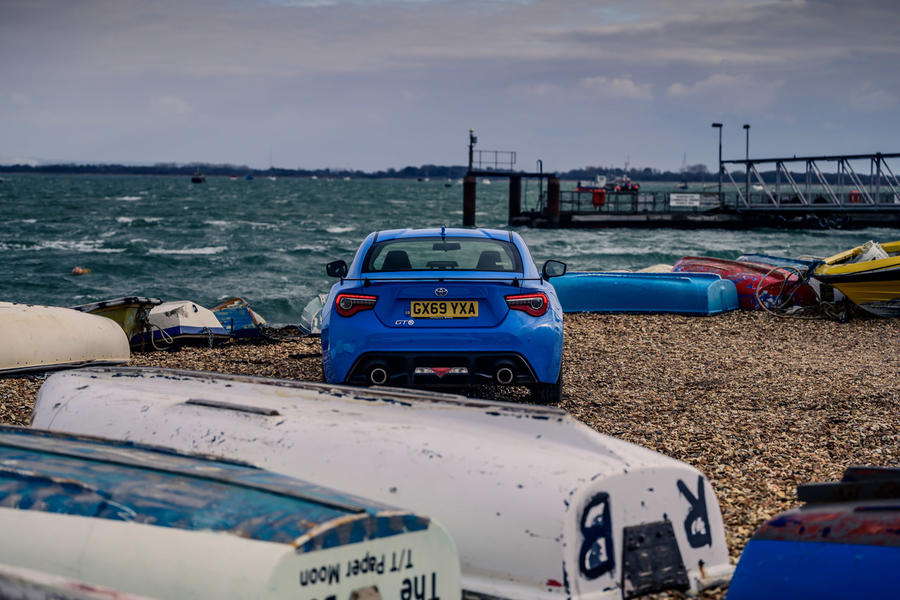 I’ve sat with Tada as he has smiled and said similar things. If Toyota had sold a million GT86s, it might be different, but Toyota’s engineers have had to be creative to justify making this car in limited volumes. As Julius Levinson said in Independence Day about hidden government agency costs (only the latest cultural references here, dear reader): “You don’t actually think they spend $20,000 on a hammer, $30,000 on a toilet seat, do you?” Given that Toyota made a £5.74 billion profit in the past quarter, I imagine its accountants take this kind of thing in good humour.

Anyway, here I am in the $50,000 hammer-and-toilet-seat. One of the last GT86s, a post-facelift car whose 2017 revisions centred on improving the interior and mildly updating the outside but left the ride and handling pretty much alone. Apparently, there were alterations to the dampers and steering but, without a straight back-to-back test I never had, I’m blowed if I could tell. It still feels… well, exactly like I said earlier.

Today, I’m driving it to the coast, in winter, because everything is closed: out of season, out of favour, out of time, playtime is over… you get the idea.

It has been two or three years since I drove a GT86, but the happy familiarities quickly come flooding back. The seating position is good, if higher than I remember, and the manual gearshift is positive. The car feels compact and you can see haunches on the edge of the bonnet, deliberately placed there to make it easier to judge the corners of the car.

People bought hot hatchbacks more than they bought GT86s and BRZs because they needed family-friendly cars, but really the little coupé is more practical than you might think. There’s not a lot of leg room behind the driver, true, but a front passenger can scooch forwards enough to create usable knee space in the back, while the rear seats fold to create a decent-sized load bay. 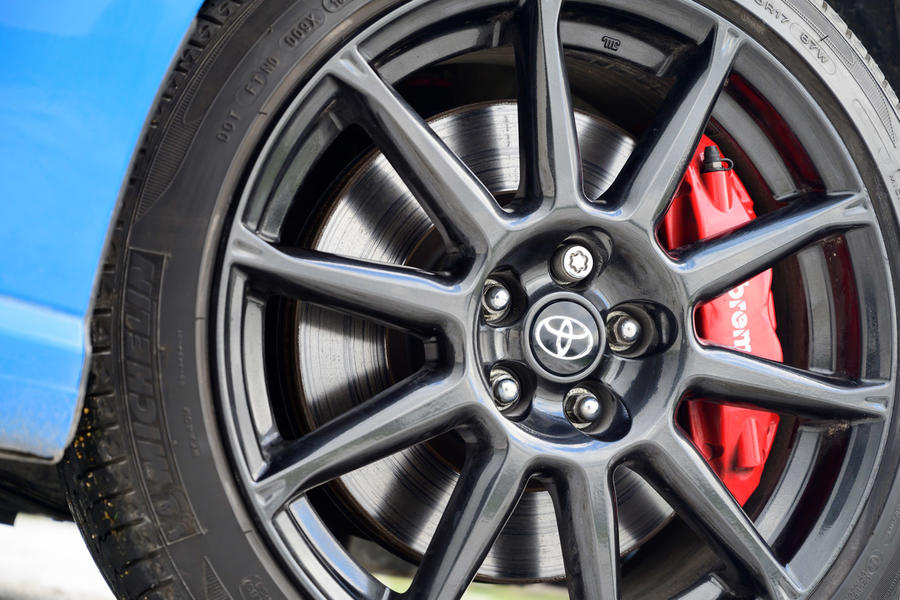 Less noise, more habitability? Sure, a Volkswagen Golf GTI would be quieter, calmer and easier to step into on a cold winter morning. But the GT86 is still a Toyota, so it warms through and defrosts quickly, it has heated seats and its engine settles to a muted thrum on a motorway.

Ah, the engine. Cue the complaints. Too buzzy, too slow, there’s a flat spot. Look, I know it’s not perfectly smooth and makes ‘only’ 197bhp, but it spins to 7500rpm and it asks you to work it to make progress. Yes, to extract the performance (which, let’s be clear, got this manual car with no launch control from 0-60mph in 7.4sec in our road test, so it isn’t slow) you have to work the engine and gearbox. That was once considered the entire point of a sports car: you put the effort in and it gives rewards back to you.

It did in 2012 and it does now. Heading from the seaside to good South Downs roads I know well, the steering retains its slickness; that light kerb weight, ever so slightly biased towards the front, helps it turn easily and on ordinary 215-section tyres; and there’s enough balance and adjustability for me to know that, even after nine years, this is still one of the best driver’s cars. One that could be ruined if a more potent turbo version replaced it – with a heavier engine, bigger brakes to compensate and, well, reread the previous page. 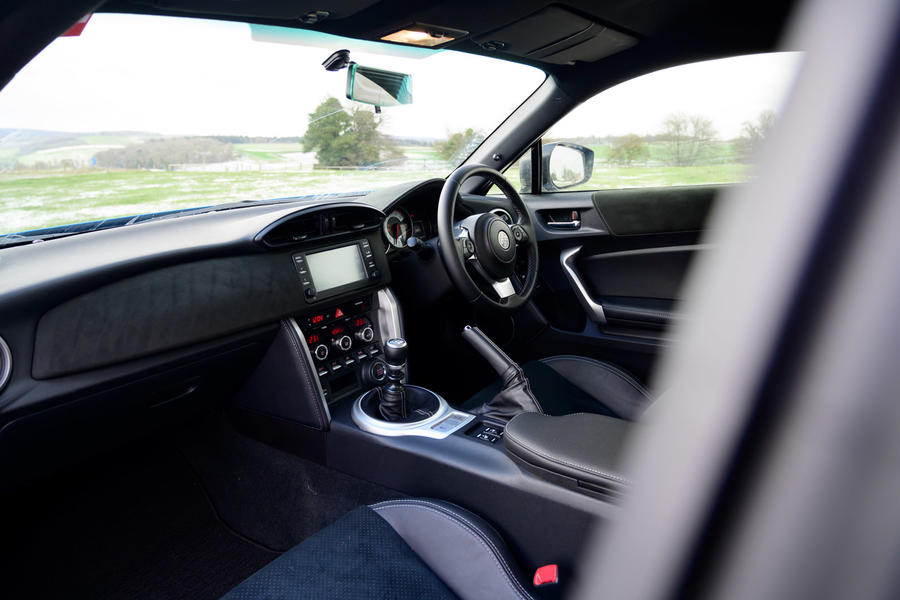 Subaru won’t bring the next-generation BRZ to the UK, but the Toyota successor will come. Subaru has revealed the car already and it’s not turbocharged. The turbo would necessitate raising the flat four too high, so its 2.4-litre engine makes a naturally aspirated 225bhp at 7000rpm. Praise be.

So cheerio to this car. I’m looking forward to the new GT86 with just as much enthusiasm as I was to the original in the middle of 2011. 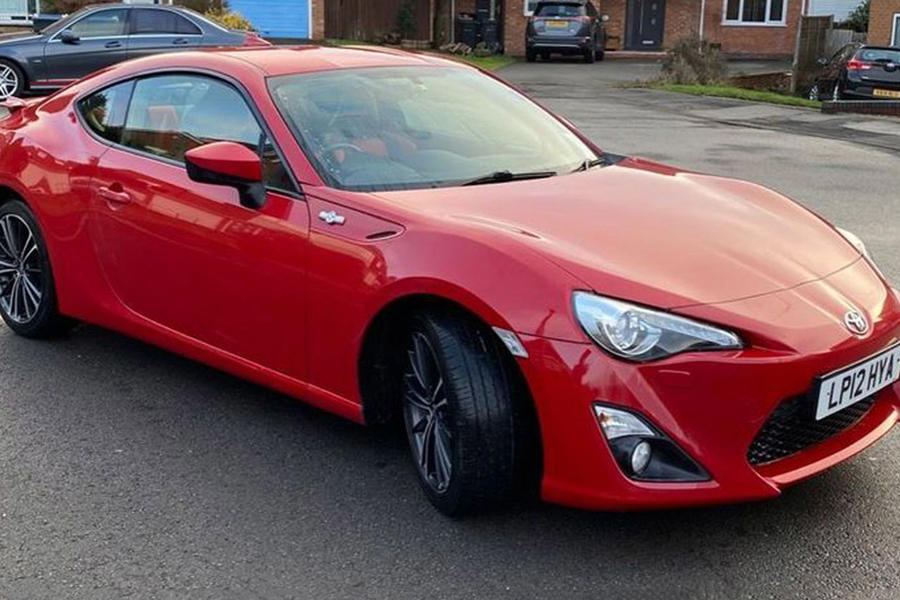 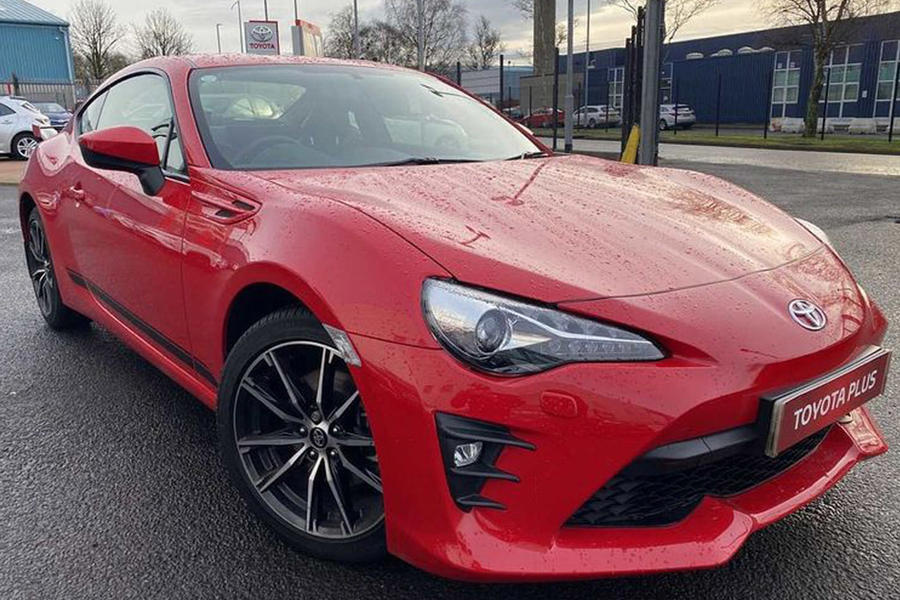 2020 Toyota GT86 £21,995: The price of a decent new Ford Fiesta bags you a GT86 that has been barely touched and was registered only last year, so it has the improved interior with a better infotainment system. 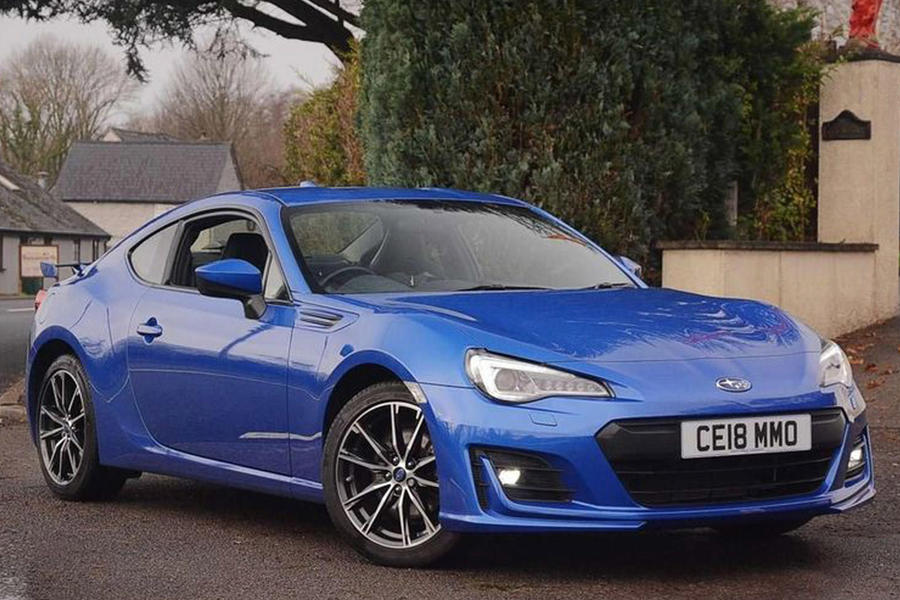 2018 Subaru BRZ £24,995: Because the BRZ is the same as the GT86 bar the badges, it really makes no difference which model you go for – except that the Subaru is available in that trademark brilliant blue.

Matt Prior: The Toyota GT86 will still set your tail wagging

An brilliant engaging drive and a genuine practical tourer too. Two up across Austria, Germany and France, with luggage for an 8 day trip and still room for 6 cases of wine on the folded down back seat? Really hoping I get to drive it down to Portugal this Summer! Unfortunately there’ll be less wine now we’ve gone back to duty free.

Is this not being reolaced by the GR86 ?

275not599 20 March 2021
Do not understand Zeddy at all. Yes the MX5 has a nicer drivetrain but I bought the BRZ not least because the Mazda is ridiculously cramped, especially for the passenger, and far less practical as a daily driver.
Zeddy 20 March 2021

Do not understand Zeddy at all. Yes the MX5 has a nicer drivetrain but I bought the BRZ not least because the Mazda is ridiculously cramped, especially for the passenger, and far less practical as a daily driver.