BACK TO ALL NEWS
Currently reading: Doctor's orders: what makes you fit to drive?
UP NEXT
Ford Puma ST hybrid prototype spotted at the Nurburgring

Doctor's orders: what makes you fit to drive?

There's a whole lot more to being fit to drive than you might believe, as we hear from the BBC's resident medical expert, car fanatic Dr Mark Porter
Share
Open gallery
Close
Share story

Dr Mark Porter, the Cotswolds GP well known for over 20 years as a plain-speaking expert on medical matters for TV, radio and print, is also a lifelong petrolhead. He keeps an eclectic collection of cars at home, from a Jeep to a Citroën 2CV, to support his view that, like people, it’s the differences between individuals that make them interesting.

For five seasons through the 1990s, Porter was also the resident medic in Ford’s World Rally Championship team, at the very time that rallying was realising just how much fitness matters to competitive driving. He had developed strong connections with the sport with the help of the late Mark Lovell, his wife’s brother, who was a Ford works driver, and it was Lovell who persuaded the team that, for the price of an extra spare gearbox, they could have a “proper” doctor looking after staff welfare.

“The Ford team was a highly professional group of 90 people,” says Porter, “and they were very clear about honing every component of the cars [Sierra Cosworths] that they were running. But they weren’t doing much about the drivers.

“Formula 1 had discovered fitness, and some of the more progressive rally drivers, like Carlos Sainz and François Delecour, believed in it. They realised that to get the best out of the car, especially on a really tough event like the Acropolis Rally in Greece, you simply couldn’t afford to be knackered at the end of the day.

“My own feeling was that being knackered meant you were more likely to have accidents. Through the ’90s, the penny dropped right across the sport.” 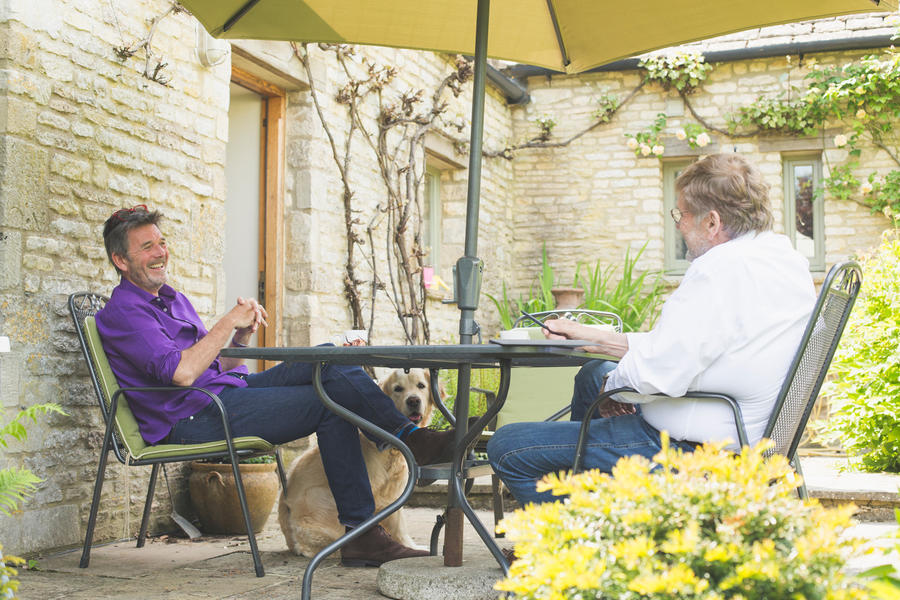 Porter called a halt to his Ford gig after five seasons, deciding his career in general practice needed to take priority. Besides, his other secondary career as a talking head on medical matters was taking off, too. But after the motorsport years, he retained two things: an unbridled love of cars and an unshakeable belief that fitness and good preparation are vital parts of driving well.

There has been a shifting population of models in Ros and Mark Porter’s garage in the intervening years, but today the couple share five models: a Porsche 911 (“we have had a few and will always love them”), a Citroën 2CV (“the only car I feel I can work on without breaking anything”), an 11-year-old Jeep Wrangler (“our practice covers 700 square miles, so I can be anywhere at any time”), an Audi RS4 Avant (“it makes light of long trips and lets us take the dogs away”) and a pure-electric BMW i3.

Of the quintet, the BMW does most of the daily work – around 1000 miles per month, dashing about in the practice area. It has had another, arguably even more important function, selling its owners on the practicalities and advantages of EVs for the motoring future. They decided last year not to buy any more ICE cars, says Mark.

“For me, the future is to keep an old smoker or two and to have an efficient, light, fun-to-drive EV to drive most of the time,” he says. “I know EVs aren’t perfect for the environment, but they’re better. Historically, my carbon footprint was massive, and I want to reduce it. Besides, it would be unfair to expect others to change if we don’t do the same.” 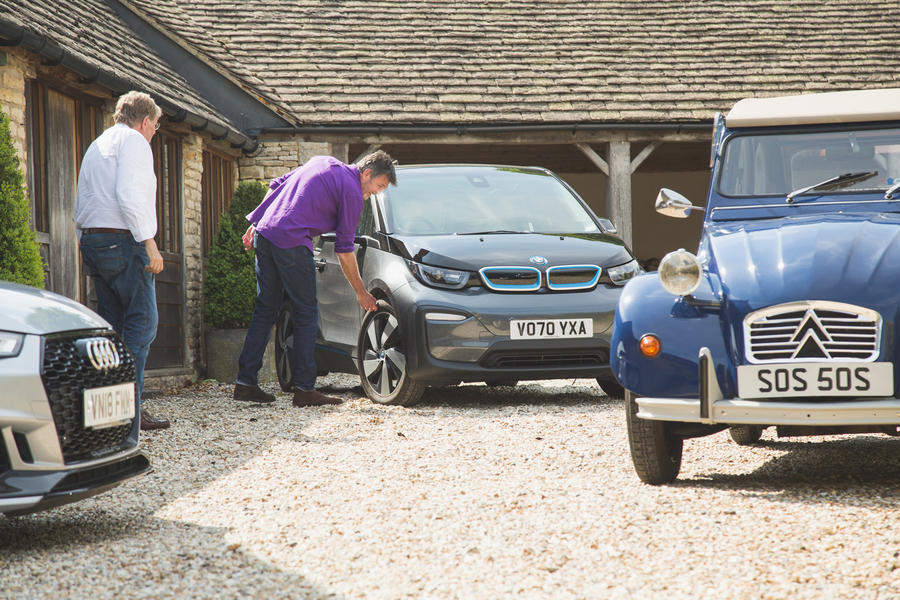 Follow these eight simple principles, says Dr Mark Porter, and your skill and enjoyment of your car will benefit…

Sit upright and close: “Slip behind the wheel of anyone else’s car and the first thing you’re likely to do is adjust the seat and steering wheel.

Cars have to be all things to all people, so driving positions are always a compromise, but here’s a tip that should help improve control and comfort: contrary to street lore, sitting low with straight arms and legs is anything but ideal. Race drivers know better so tend to sit higher and closer to the wheel than their road peers. The nearer you are to the wheel (within reason), the better control you have and the lower the load on your lumbar spine (extended arms are heavy).

“I’m 6ft 2in tall and can’t remember the last time I had the seat in any car fully back or on the floor. If you’re shorter and set your seat like this, you’re likely to be doing it wrong.” 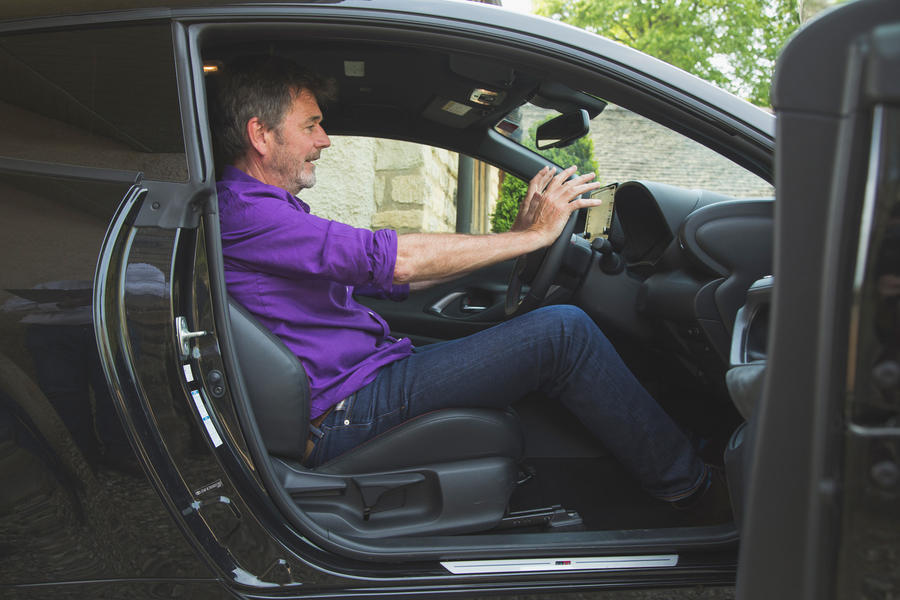 Keep your eyes peeled: “Depending on which survey you believe, there are between four million and 14 million cars on UK roads being driven by people who can’t see well enough to meet DVLA standards, either because their eyesight has deteriorated or, unbelievably, because they’re not wearing the specs or lenses they need to pass the standard numberplate test.

“The DVLA bar is set low: being able to read a plate at 20 metres when you take your driving test at 17 doesn’t mean you can do it at 60. Too few drivers have regular eye checks and get caught out by conditions like glaucoma that creep up on them. However, not wearing glasses or lenses when you need them is inexcusable and every bit as irresponsible as getting behind the wheel when drunk.

“Call me selfish, but if I’m out in my 2CV and you’re coming the other way, with a closing speed of over 100mph and only a couple of feet between us, I want you to be able to see my tin can properly, so you can avoid hitting it.”

Wear sensible shoes: “Driving in flip-flops, broken Crocs or even bare feet is asking for trouble. Deft pedal operation for smooth, safe driving requires decent shoes, as does hitting the brake hard in an emergency. If you’re not wearing the right footwear and have an accident, you can be prosecuted for driving without due care and attention. Avoid your big sister’s Ugg boots or your novelty slippers unless you want to bring new meaning to the term ‘heel and toe’.”

No alcohol or drugs: “No one wants to share the road with a driver over the drink-drive limit, spaced out on cannabis or spice or manic and invincible after a line of Colombian marching powder. But what about someone who has had a pint of beer or a ‘harmless’ glass of rosé?

“Alcohol has a profound effect on driving ability as blood levels rise, particularly on reaction time, and this slowing of responses is even more marked in women. However, while your reactions may be okay at lower, legal alcohol levels, studies show that your behaviour isn’t. Just one drink disinhibits you, as it hits the controlling frontal lobe of your brain that makes you the sensible, well-behaved person you are. Hazard recognition becomes impaired and you take increased risks, like a dubious overtake. The bottom line? The safest option when driving is not to drink at all.”

Stay alert: “Rospa [the Royal Society for the Prevention of Accidents] estimates that driver fatigue is responsible for 20% of accidents on British roads, and up to a quarter of those involving a fatality or serious injury. Driving when you’re knowingly exhausted or even just a bit under par is risky, as your attention and reaction times drop. Bear in mind that fatigue can creep up on anyone if they drive long distances without a break (stop for 15 minutes every two hours, says the Highway Code).

Some groups who are particularly vulnerable to fatigue include those who snore heavily (a possible sleep-apnoea syndrome associated with daytime drowsiness) and those on sedative medication, either prescribed or over the counter. Common examples of prescribed medication include opioid painkillers (such as codeine) and some antidepressants (including mirtazapine and amitriptyline), sleeping tablets (the hangover effect) and bladder pills (oxybutynin, for example).

“Common over-the-counter culprits include antihistamines. Modern versions are much better, but avoid older types like promethazine (Phenergan) if driving. Sleep remedies like Nytol often contain these older antihistamines, too, and so can make you drowsy the next morning.

“Caffeine helps combat fatigue and improve alertness. It’s no substitute for regular breaks, and optimal doses vary from person to person, but aim for 100-200mg (a double espresso) every three to four hours for the best effect.” 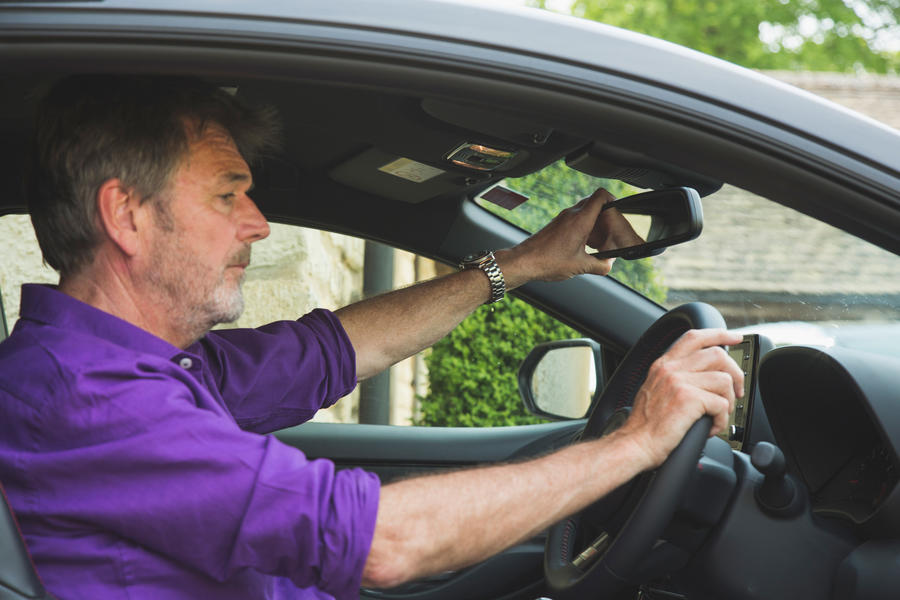 Don't go hungry or thirsty: “While optimal nutrition and hydration is vital in competitive motorsport settings, it’s unlikely to have much impact on your day-to-day ability behind the wheel. Just be aware that dehydration can make you more susceptible to fatigue – but then overdoing fluid intake can mean you end up with a full bladder, which can be distracting too. Include some caffeine if you’re driving long distances, especially at night.”

Chill out: "Next time you experience aggressive driving (say someone tailgates your car or cuts you up), try not to respond in kind. At least half of all drivers do, according to the American Psychology Association. Brake testing, a risky revenge overtake, the finger or a blast on the horn rarely helps and often makes matters worse. Imagine you’re walking on the pavement rather than cocooned in your car and react accordingly. You wouldn’t call a fellow pedestrian a rude word for stepping into your path; in truth, you and the other person are more likely to be very British about it and apologise to one another. So why behave differently when behind the wheel? (Note to self: must lead by example…)”

Pay attention: “Being a talented driver is no substitute for being alert. Experienced drivers scan for hazards and problems without even realising. It’s second nature – until they’re distracted. We all know about the hazards of phone calls and texts, hands free or otherwise, and nobody should be looking at their phone while driving unless it’s mounted in a suitable place on the dashboard to be used as a sat-nav. But watch out for less obvious distractions, like changing the temperature on your touchscreen or fiddling under the dashboard to stop an annoying buzz.

“Quite why manufacturers are so keen on doing away with buttons, which you can twiddle without staring at them, is beyond me, and it’s a trend that will end in tears for some of us. Just make sure you aren’t fine-tuning your suspension settings in menu three when you rear-end the car in front.”

Story behind life-saving safety devices we take for granted

From the archive: Should doctors swap horse for car?