BACK TO ALL NEWS
Currently reading: Design legend Frank Stephenson on life before and after McLaren
UP NEXT
How Matt Windle is putting Lotus back on the map

Design legend Frank Stephenson on life before and after McLaren

Stephenson, famed for his work with Mini and McLaren, tells us how he is shifting his focus from the ground to the sky
Share
Open gallery
Close
Share story

If there could ever be such a thing as a car designer’s car designer, then Frank Stephenson is that person. Over the past three decades, he has designed Ferraris and Fiats, Minis and Maseratis, and now he’s at work on an entirely new form of transportation: a jet-electric vertical take-off aircraft built by a German company called Lillium.

At some point in the 2020s, you’ll be able to hire it like an Uber for short-haul journeys such as Heathrow to Piccadilly. The idea, says Stephenson, is to “move journeys from the ground into the sky”. 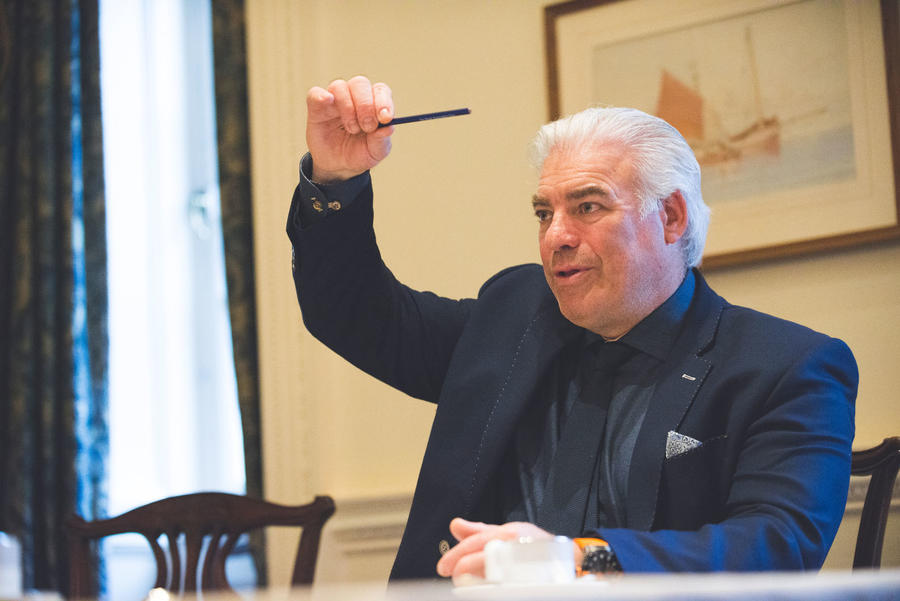 Not that cars are finished, or anything like it. Stephenson is most famous in the UK as the designer of BMW’s recreated Mini – the car launched in 2001 whose towering success continues – and when we meet in central London, he spends a large part of our time together sketching a proposal for an electric city car after the photographer rather airily asks him to “draw something”.

It soon emerges that Stephenson draws all the time; for him, it’s a cross between recreation and a creative release. Others of his age (he has just turned 59) have long since moved to design management, rarely picking up a pencil and spending their days directing others. But for Stephenson, the job has always entailed direct creativity. “I’ve never been able to resist getting my hands dirty,” he says. “I draw without thinking. It’s my hand that seems to do the work. Other designers work this way too. Whatever comes out, comes out.” 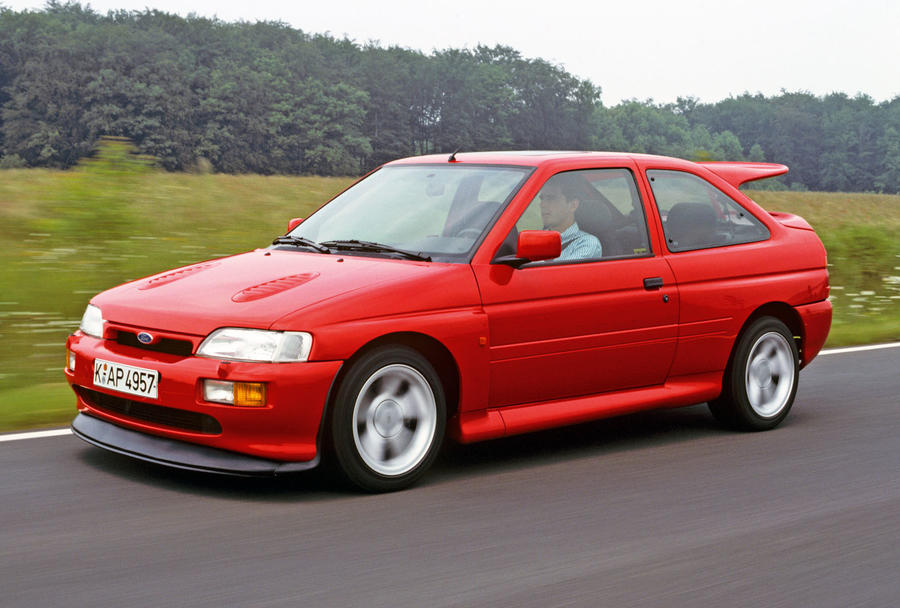 This compulsion to create cars has resulted in an extraordinary output since Stephenson’s formal design education ended at ArtCenter College of Design, Pasadena, in 1986. Among his hits are the stand-out design features of the Ford Escort RS Cosworth (especially the biplane rear wing), BMW’s new Mini, the Ferrari F430, the Maserati MC12 racer, the latest Fiat 500, plus the McLaren 12C and P1. He has worked for car companies nearly all his life but decided to leave McLaren after nine years towards the end of 2017 to open his own studio. “I’d been working a long time on the products nobody really needs,” he says. “I’ve always believed you should work to make the world a better place, and perhaps there was a better way of doing that.”

Nowadays, Stephenson, who is British-American and operates his design consultancy from home near Henley, commutes regularly back and forth to Lillium’s HQ in Munich, while spending a couple of days a week on other consultancy projects, including designing furniture for a client. “I’ve never been as satisfied as I am today,” he says. “Design is an incredible outlet for your spirit.” 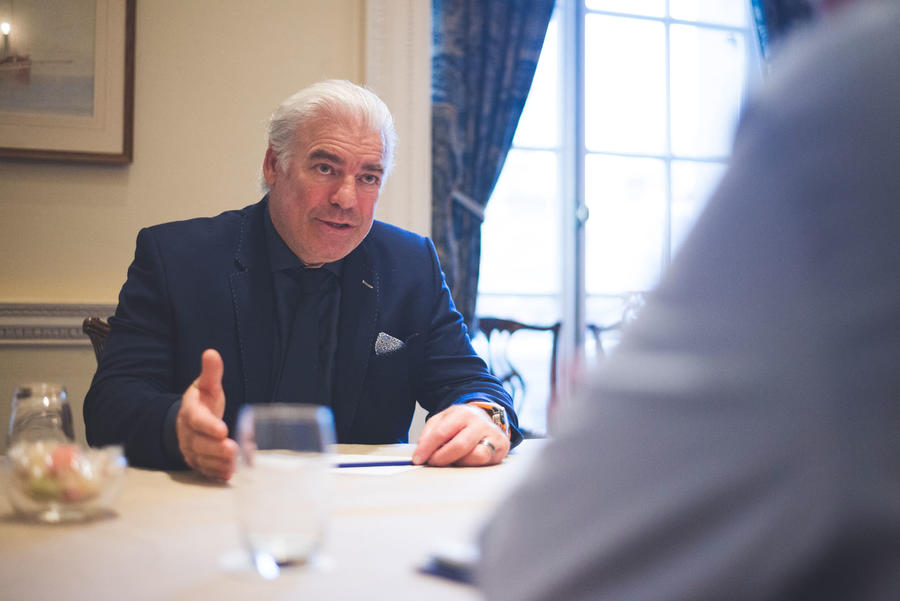 In a way, it’s remarkable Stephenson got into design at all. Born in Casablanca to a Norwegian father and a Spanish mother, he was more aware of the importance of camels and horses early on than cars. The family moved to Malaga long enough for his father to open a car dealership, then on to Istanbul for five or six years (his father worked for Boeing). He went back to Madrid to finish high school and to Malaga in the summer holidays to hang out in the body shop attached to his dad’s dealership. By then, he was drawing all the time for recreation – flowers and animals as well as cars – but recalls using the body shop to “change the look of my first car, a Fiat 124”, which included running hot rod-style flames down the sides.

Then things took an even more extraordinary turn. Through the car dealership, Stephenson met a friend who enjoyed motocross racing. He caught the bug, and with his father’s approval took a year out to follow the racing scene. He soon discovered he could handle a motocross bike better than anyone, first winning Spain’s junior competitions and then the national senior championship. That led to an invitation to join Honda’s official works motocross team: he spent the next four years as a top-10 rider in world championship events (you can still see evidence of it in Stephenson’s muscular neck, shoulders and arms). 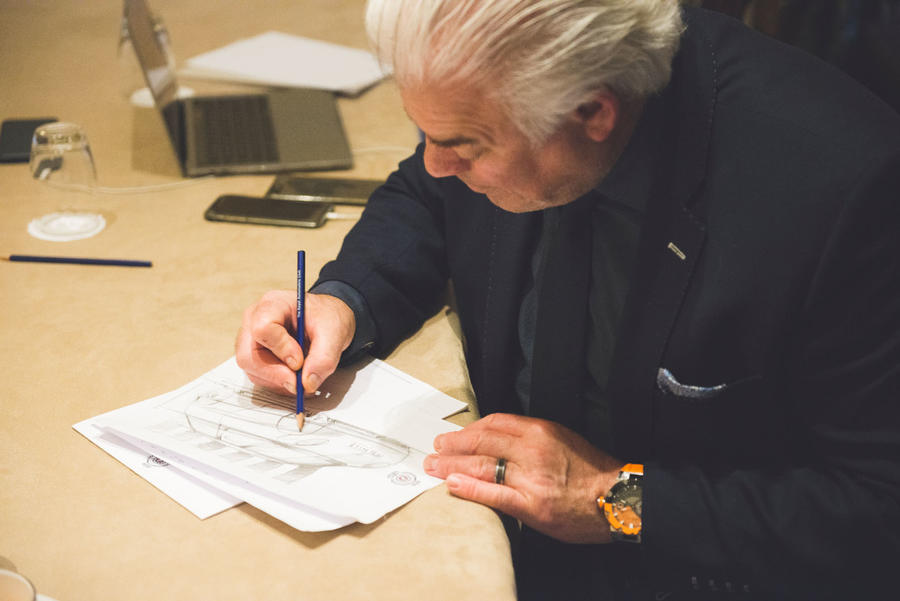 “When I was 22, my father called me and told me this had to be my last year,” Stephenson recalls. “I was good at racing, he said – lots of thirds, fifths, sevenths, usually top 10 – but I wasn’t winning. By 30, I’d have plenty of broken bones and no future and I needed to move on. He’d back me in any kind of education, he said, but I needed to get on with it. I didn’t like it, but I knew he was right.

“I’d read about ArtCenter in California, where you could learn to design cars, and I’d never stopped sketching, which was lucky because you needed a portfolio. I applied and was accepted.” In 1983, Stephenson started with 30 others, chosen from hundreds of aspirants, but by graduation in 1986 was one of only six. But what a group! They comprised the future designer of the Porsche Boxster, ditto the first Chrysler Viper, ditto the Ferrari Enzo, ditto the first Ducati Monster (“it saved the company”) and the future head of Alfa Romeo Centro Stile. 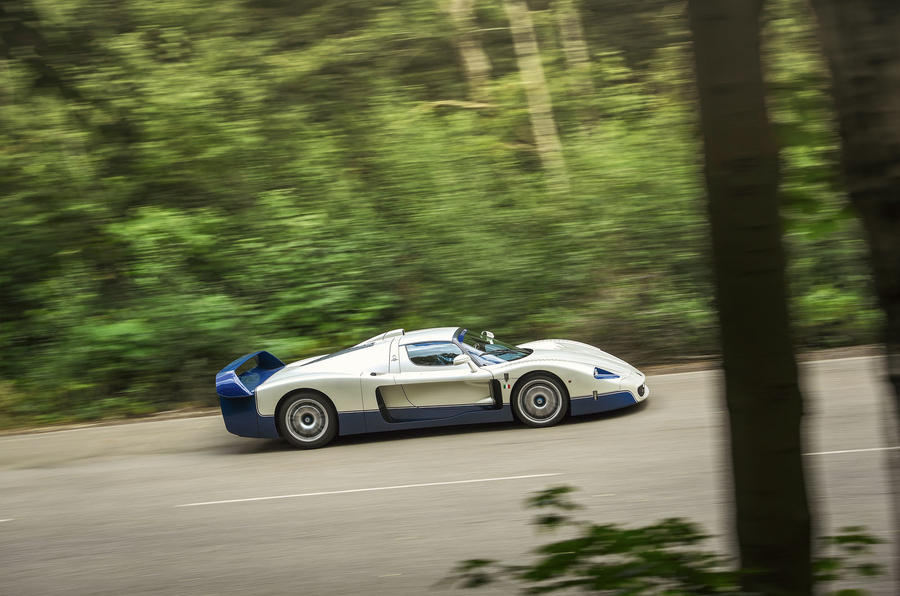 Nowadays, Stephenson has trouble deciding which of his cars he loves best. The project he definitely enjoyed most was the Maserati MC12, because it was so short and creative, the car came out well, and proved almost unbeatable in racing.

But it’s the Mini stories from the late 1980s that are most fascinating. “When BMW bought Rover, it had to decide whether to carry the Mini on, or let it dissolve,” he explains. “The Germans wanted a new project, but they were very aware they were recreating a much-loved British icon, so they had to be very careful how they did it. 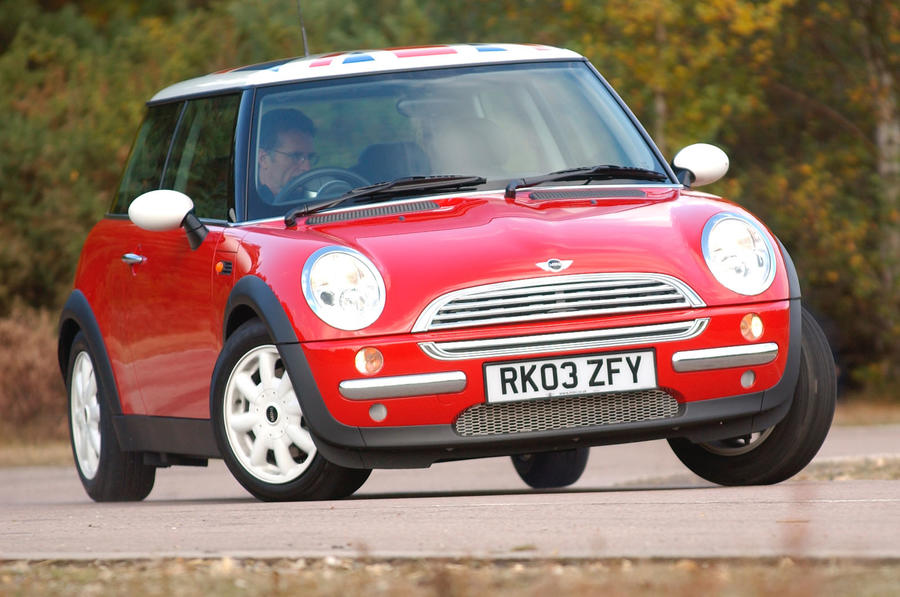 “Usually, a new car project comes out of a competition between two or three design teams, which is expensive enough. But this time they appointed 15 different designers, from the UK, US, Germany and Italy. We were all given a month to design the car, then five months to make a full-size model with a team of modellers. The teams weren’t allowed to communicate in any way. At the end, the different models were all displayed in what is now the British Motor Museum, Gaydon, with seven Rover and seven BMW executives on hand to make the decision.”

The proposals were all very different, recalls Stephenson. One designer “fell asleep for six months” and simply scaled up the outgoing Mini. Another “kept smoking illegal stuff” for six months straight. No one else did it like Stephenson, who used several weeks of his initial month to visualise how the Mini would have progressed through the decades from 1959, finding a new look for 1969, then 1979 (“boxy and horrible, over-concerned about safety”), then 1989 (“sporty and more emotional, heading back to the original”), all leading to his real proposal in 1999. 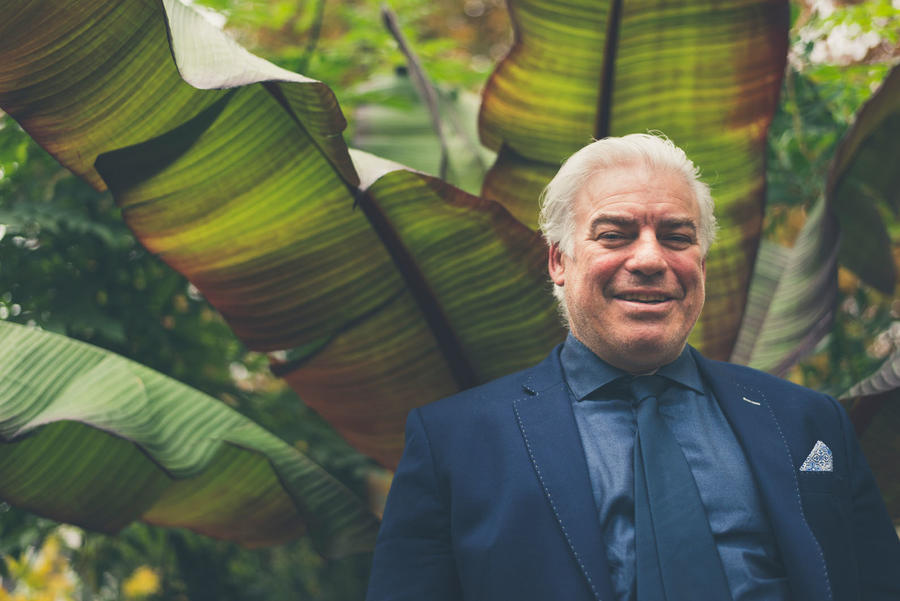 The 14 executives unanimously chose Stephenson’s design and the rest is history. That story will be retold in detail – and reveal for the first time those decade-by-decade Mini proposals – in a film of his career that is shooting now and is due out next year. A book is likely to accompany the release.

Fascinatingly, Stephenson reveals that these productions even contain a proposal for a 2009 Mini, also conceived in the hectic late ’80s to look a decade forward. It’s not much like the car they’re selling now, warns Stephenson with a grin, implying that the current model could have jumped more into the future. Seeing that, sometime next year, will be yet another moment to savour in Frank Stephenson’s remarkable career.

For the next Mini 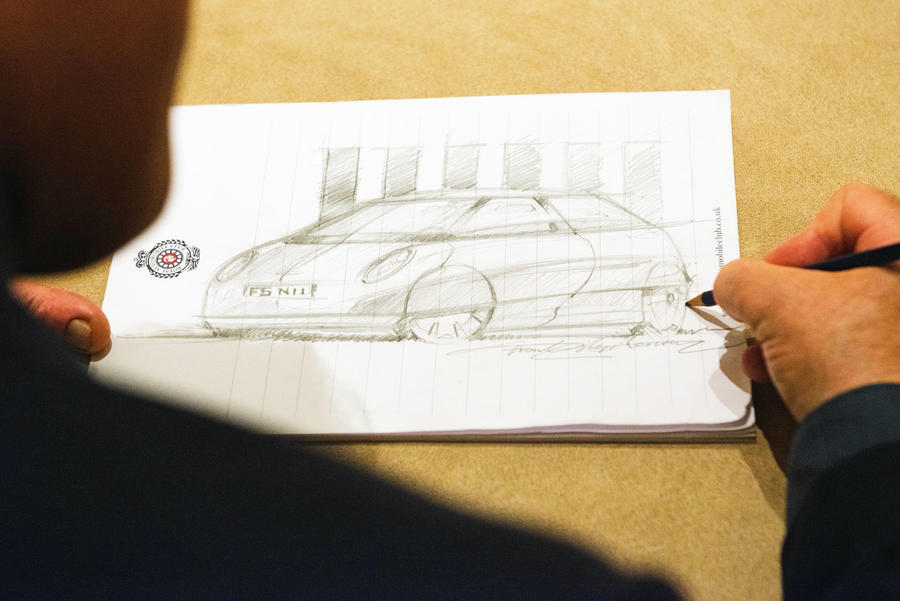 During our London interview, Frank Stephenson created this original design in pencil, starting with light lines on paper and gradually emphasising the ones he liked. It’s how he always works, starting usually with ballpoint pen and paper. This is a 3.6-metre, front-drive, electrically powered city car with two doors and a hatchback. It has a very compact overall length for its cabin size, taking advantage of the new packaging possibilities electric cars bring to car design. It is not, he insists, a new Mini, and it’s not autonomous. For proper autonomy, he explains, the front passengers would need to be able to turn around, which would require a much more vertical screen. “We’ll keep that idea for another day,” he said.

Is there one car design Frank Stephenson believes surpasses all others? At the end of our interview, I ask this question without much hope, knowing that the design scene is complex, and that car designers have to live with their peers. But Stephenson had already been impressively candid. 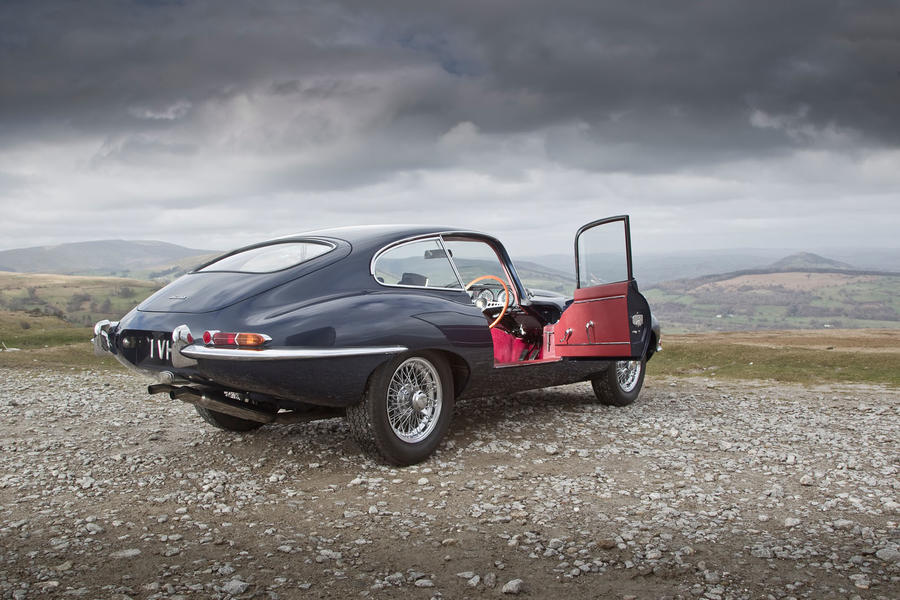 “For me, it’s the Jaguar E-Type,” he declares. “The S1 coupé. It was built for just one purpose and nailed it the way only the finest designs can ever do. It’s the most sensuous car in history. It has timeless beauty and incredible proportions. If they’d pushed it any further, it would have been a cartoon. If they’d held it back, it would have been mundane. Instead, it’s perfect. 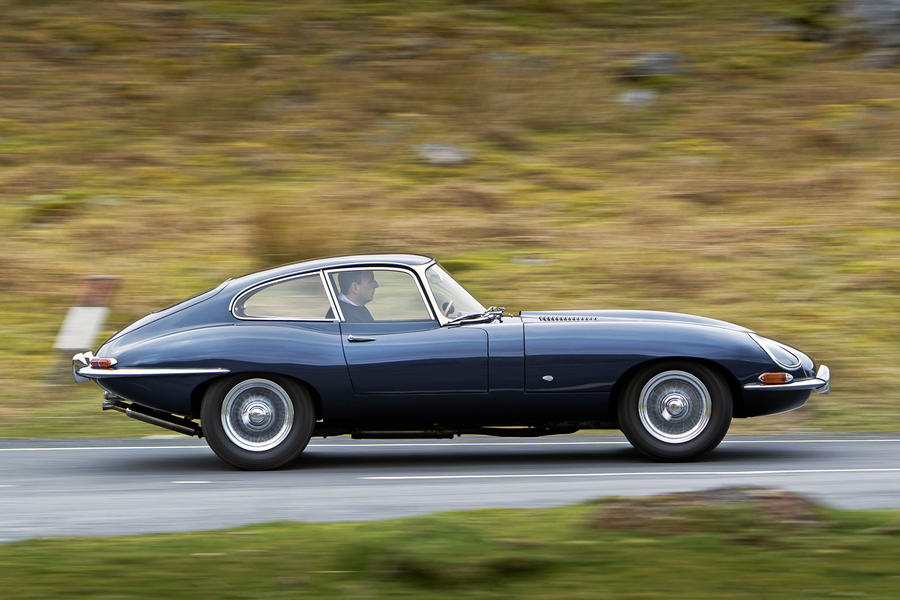 “We need future car design to be like this. When you saw the E-Type, you instantly knew you had to have it. There was no need to get used to it, as with some modern designs. Today’s cars are often stretched and pulled about, often by computer influence. We have to resist that. You simply cannot beat the hand of man on a product.”

How to design a new Vauxhall - an Autocar exclusive​

Both the Mini and the Fiat 500

I used to waffle on to anyone who'd listen about how Fiat did a much better job of doing a latter day 500 than BMW did the Mini.  I didn't realise they were penned by the same bloke!  For some reason I never "got" the BMW Mini, although the Mk1 & 2s now look quite neat and stylish compared with the later models which just corrupt the original design language.  BMW need to move on.  Fiat have a real problem in replacing the 500 - how do you improve on perfection?  I worry because Fiat have a bit of a history of ruining good designs at face-lift time.  Perhaps it needs to move onto something different as well.

What a resume.  Nothing but hits.

Don't share the popular enthusiasm for the E-type shape.

Of sports cars of that era, I far prefer BMW's 507, Mercedes Uhlenhaut 300SLR (only 2 were made, if only the Gullwing 300SL looked like this Uhlenhaut special!), Ferrari Dino