BACK TO ALL NEWS
Currently reading: Autocar confidential: Audi R8 RWS to make a comeback, Seat developing new audio tech and Rolls-Royce accepts Bitcoin
UP NEXT
Grand touring: 1000 miles across Europe in the new Alpina B3

The new BMW Z4 M40i is three seconds faster around the Nürburgring than the M2, according to Z4 product manager Andreas Ederer. “The benchmark target during development was the driving dynamics of the M240i, but the car got so good that that benchmark is now the M2,” Ederer said. The time makes the Z4 just three seconds slower than that set by the M4 Coupé.

Audi sport is considering bringing back the rear-wheel-drive R8 RWS when the facelifted version arrives later this year. Marketing manager Linda Kurz told Autocar the RWS was “a great success” for Audi, and is “something that we are looking into” for the updated car. The limited-run RWS was the brainchild of Stephan Winkelmann, former Audi Sport head and current Bugatti president.

Seat is working with start-up firm Noveto to develop a car audio system that works without speakers or headphones. The new technology would beam sound waves from devices straight into the ears of individual passengers, allowing each person to listen to a different sound source at the same time.

A US-based Rolls-Royce dealership has become the first to accept Bitcoin as a method of payment for its models. Post Oak Motors in Houston, Texas, will accept the online currency through the BitPay processor. Currently, one Bitcoin is worth around £5000, meaning that it would take just under 48 Bitcoins to secure the ‘entry-level’ Rolls-Royce Ghost. 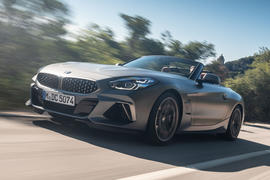