For the first time in its 12-year history, Audi’s mid-engined supercar is available in a rear-wheel drive configuration.

The R8 RWS (which stands for Rear Wheel Series) junks the standard model’s front driveshafts, centre differential and propshaft in the pursuit of lightness and purity. Removing the four-wheel-drive hardware has saved 50kg, which is the sort of weight saving Audi Sport could only achieve elsewhere if it stripped the cabin back to its bare bones and replaced the aluminium body panels with cardboard.

But the R8 RWS isn’t a stripped-out, uncompromising road racer; the cabin still has thick carpets and powered leather chairs and a full suite of infotainment goodies. It’s less of a natural rival for the Porsche 911 GT3, then, and better aligned with the less-hardcore 911 Carrera GTS.

If Audi Sport’s engineers had simply ripped out the four-wheel-drive gubbins and gone for an early lunch, the RWS would have been close to undriveable. To bring back some semblance of civility, they’ve fiddled with the suspension geometry and fitted a fatter front-anti roll bar; measures that nudge the car’s natural balance towards understeer and, consequently, safety.

The R8 RWS is a thoroughly re-engineered version of an existing performance car, then. It’s a limited edition model, too, with a total of 999 set to be built across coupé and Spyder body styles. It should follow that the price has been massively inflated to reflect the car’s special status, right? 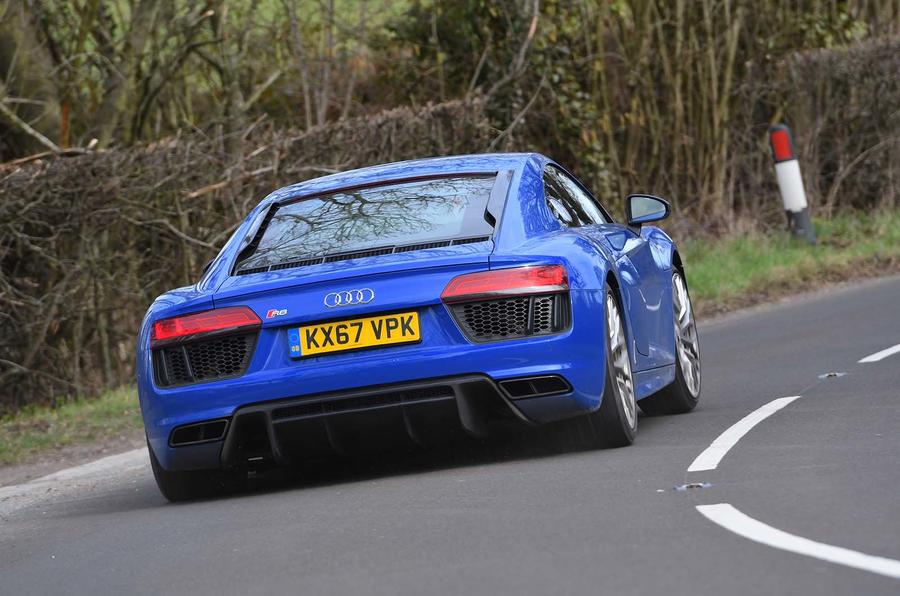 All things considered, the RWS coupé is now the pick of the R8 line-up. But it isn’t some newfound rear-driven yeehaw driftability that makes the RWS so compelling. In fact, with such wide rear tyres and that mid-mounted V10 pressing hard on the rear axle, the RWS doesn’t have much less traction in the dry than a four-wheel-drive R8. You’ll take enormous liberties to make it oversteer on the road.

Instead, it’s the purity of the steering that makes it so much fun. The four-wheel-drive system is a corrupting force: with torque being applied across the front axle both by your steering inputs and the pair of driveshafts, the four-wheel-drive R8’s helm is inconsistent and difficult to read. That’s doubly true if the car is fitted with dynamic steering (which isn’t even an option on the RWS).

This model steers more intuitively and it’s easier to place on the road, both of which mean you feel so much more tuned into the car. There’s less inertia to the front end, too, and more willingness to dart towards an apex.

On passive dampers (you can’t specify adaptive items) the ride is very well judged; tense at low speeds, of course, but with some pace the suspension smothers a bumpy road surface and absorbs heavy compressions, all the while keeping the body under tight, but not stubbornly iron-fisted, control.

Compared to a four-wheel-drive R8 with adaptive dampers and dynamic steering the RWS is brilliantly pure and simple. It leaves you to get on with the driving yourself, rather than assuming it can do it all so much better.

All that’s missing is a manual gearbox. The twin-clutch unit is at least ferociously quick and responsive, though. The 5.2-litre normally-aspirated V10 is a masterpiece, too, revving high and hard but with an underlying silky smoothness. The noise that spews from those exhaust pipes is breathtaking, particularly from the outside.

It’s worth saying the RWS uses the tamer of Audi’s pair of V10s, the one that develops 533bhp rather than the head-banging 603bhp version. You would only feel short changed if you sampled both motors back-to-back, however. 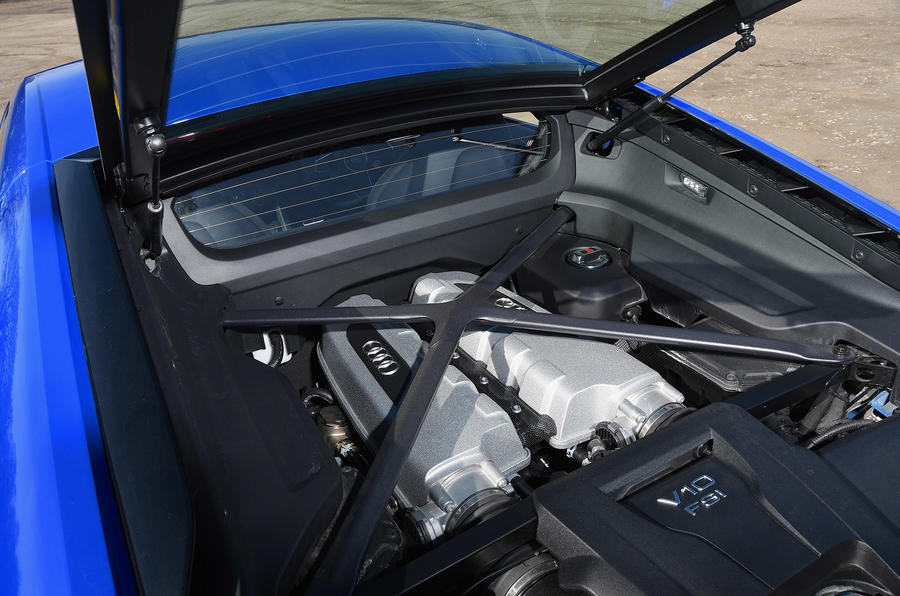 If you’re in the market for an R8, absolutely. That being said, it does still feel as though there’s more to come from the RWS - a more focused chassis, a little less weight, stickier tyres, the higher-powered engine, perhaps. A true rival to the 911 GT3. The R8+ RWS, if you like, would immediately become the most thrilling R8 of all time.

Will it happen? Time will tell, but the word ‘series’ in Rear Wheel Series might just hint at more rear-driven high performance Audis to come. Here’s hoping the R8 RWS isn’t merely a one-off. 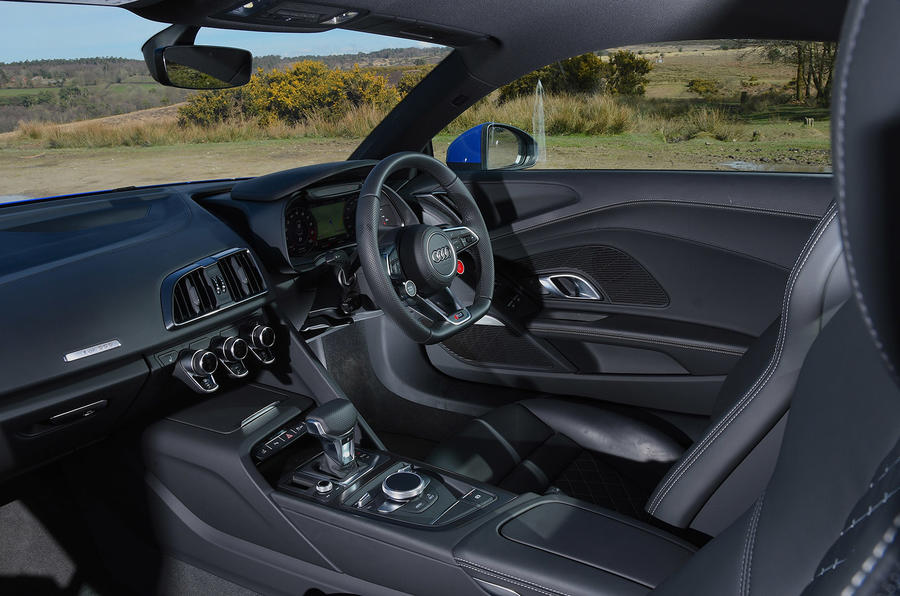 A RWD car that has uncorrupted steering and handles decently (that's brilliant handling considering it's an Audi)...must tell others about this..wow must have a stiff drink after this news..who'd have thought it and then dialing in a bit of understeer just so upgraders from the "nose heavy" lower ranks of Audi ownership will feel completley at home if they gain a promotion...genius....next up the outer limits of the options booklet.

Keep it up Audi, make all your cars like this, stylethem to look different to each other, use any colour except silvery greys - oh, and make them reliable while you are at it.

You never know, people who enjoy driving might start buying your cars.....

Been here about eight weeks

Been here about eight weeks actually....

I really dislike Audis, but

I really dislike Audis, but this is an exception.

Honesty, the only thing I would change is giving the option of a manual box, which I would much prefer to more power.