BACK TO ALL NEWS
Currently reading: Vauxhall Zafira Tourer and GTC axed due to rise of SUVs
UP NEXT
Fisker goes radical with Pear EV SUV

Vauxhall Zafira Tourer and GTC axed due to rise of SUVs

A brand spokesman told Autocar that the seven-seat Zafira Tourer, which has been on sale since 2011, was hit by “a significant move away from MPVs and the growing popularity of SUVs”.

The three-door, Astra-based GTC has also fallen as SUV demand rises, with Vauxhall’s spokesman telling Autocar that the seven-year-old model’s “business case is no longer viable” due to “the rise in popularity of smaller SUV models”.

The spokesman said the GTC, which departs at the end of its product lifecycle, sold in 40,000 units across Europe, “so it was highly successful when there was demand for three-door coupés”.

Although production has ended, existing stocks mean a limited supply of Zafira Tourers and GTCs are still available.

Vauxhall won’t produce another version of the GTC, with the latest five-door Astra set to remain exclusively so. The seven-seat Zafira also won’t be directly replaced, although the seven-seat MPV void will be filled later this year when a new Combo Life launches. That car will come available in five and seven-seater forms and take the form of a conventional MPV. 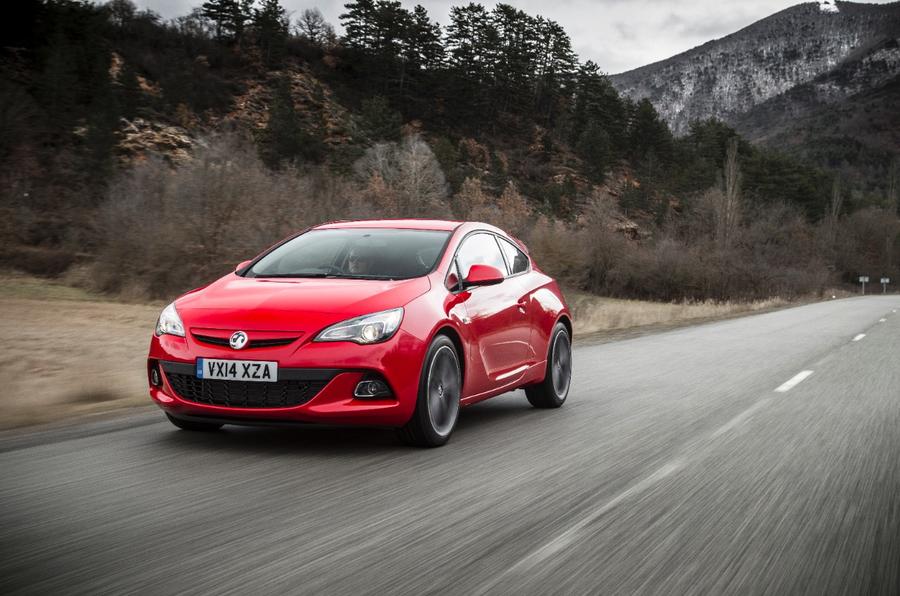 Consumer demand for SUVs has resulted in Vauxhall’s line-up growing to feature six jacked up models. This includes the urban crossover Viva Rocks and the Grandland X SUV, as well as a rugged estate in the form of the Insignia Country Tourer.

Vauxhall’s spokesman said this growing range of high-riding models provides “a breadth of choice for SUV buyers, many of whom will have migrated from the MPV sector [to the detriment of the Zafira Tourer]".

Vauxhall’s range changes reflect the plans of its parent company, the PSA Group, which is also adjusting the line-ups of its Citroën, DS and Peugeot brands to include more high-riding cars. The group's brands will all soon introduce new electrified cars to cater to the growing demand for low-emission vehicles. Vauxhall’s entry into this foray will be the recently confirmed eCorsa.

PSA getting rid of GM platforms

Surely the real reason that Vauxhall is ending the Zafira / GTC is because PSA wants to ditch all the cars based on the old GM platforms.

It costs less for PSA to sell/make cars based on their own platform.

At 7 years old, surely the Zafira was at the end of its life anyway? GM agreed the JVs with PSA to produce the Grandland X, Crossland X and Combo Life well before PSA agreed to buy Vauxhall/Opel from GM, suggesting that they predicted (correctly) the rise in SUV sales at the expense of MPVs.

The manufacturers are having the last laugh at the rise in SUV sales. Most are just differently styled, inferior packaged MPV size vehicles, for which the manufacturers are managing to sell at higher prices. Most buyers would be better served by an MPV than an SUV, given the average use of the car. Fashion victims, the lot of them!

At last they have gotten rid

At last they have gotten rid of the Zafira, one of the most unreliable cars i have ever owned, bought new in 2017, sold less than 9 months later because it was soooooooo bad, i though i had learned after the dire Meriva, again bought new, but no, i put myself through it again, but never again, never as long as there is breath on my body - i have already advised a umber of friends to avoid the Vauxhall range - and if they dont believe me, i just forward them to the forums, which shows even more issues - plus, their dealers, well, some, are untrustworthy, lying pieces of scum. And one that we dealt with, is being investigated by Vauxhall for fraud, as they utilised a deal and cash, BEFORE they knew that we were entitled to it, and even BEFORE WE knew...... Hopefully they will be losing thier franchise.... AHOLES.