BACK TO ALL NEWS
Currently reading: Porsche diesel recall: 53,000 Macans and 6750 Cayennes affected
UP NEXT
Lotus Emira vs Porsche 718 Cayman

The Audi-produced 3.0-litre V6 and 4.2-litre V8 diesel engines used by the Macan and Cayenne respectively were found to have lower emissions during lab testing, constituting a test cheat device — and linking the cars to the Dieselgate scandal.

A Porsche spokesman told Autocar that the company had "received recall notices from the German Federal Motor Transport Authority (KBA) affecting Cayenne 4.2-litre V8 diesel and Macan 3.0-litre V6 diesel vehicles". The spokesman said "Porsche indicated that we were in consultation with the KBA regarding both of these models" in March and that now the findings of an internal investigation have encouraged development of a "software update".

Although Porsche is recalling 59,750 cars in Europe, some estimates suggest that more than twice that figure could be involved globally.

The spokesman continued: "Porsche does not develop or manufacture diesel engines itself. "However, as a vehicle manufacturer, Porsche accepts full responsibility towards its customers. 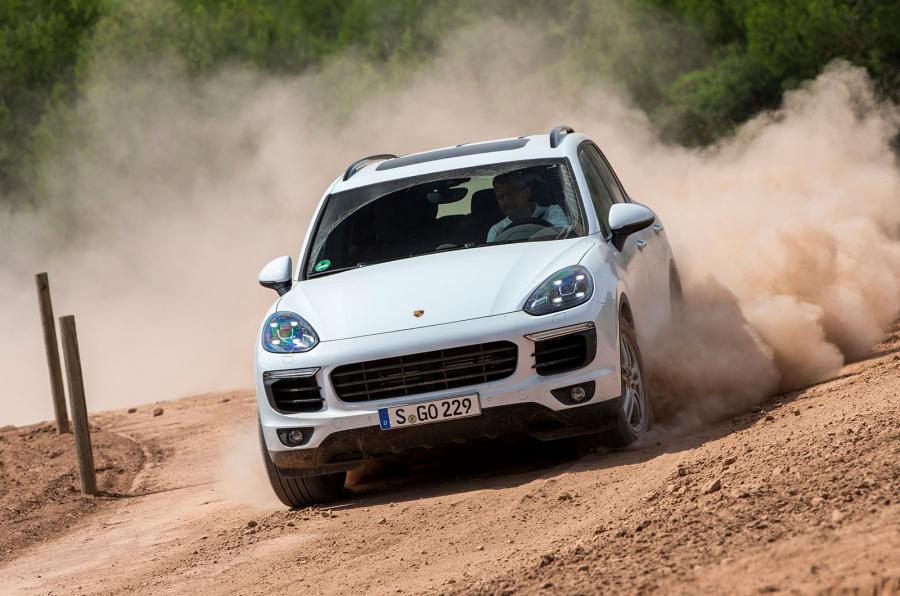 "Independent of the technical solution, Porsche is continuing to carry out inspections of its vehicles internally and is making optimisations based on the findings of these inspections. In addition, the company is still working in close cooperation with the authorities, especially the KBA, in all matters."

Neither the Cayenne S Diesel (above) nor Macan S Diesel (top) is currently on sale. The Macan oil-burner was dropped along with the Panamera diesel earlier this year because of weak sales, while the latest-generation Cayenne diesel is not due out until next year.

Porsche has come under increasing pressure in recent months as part of continued investigations into the Volkswagen Group diesel scandal.

Earlier this year, one Porsche board member became a focus for German authorities. That person is one of three unnamed suspects involved, including an individual from a high management position and a former Porsche employee, who are thought to have known about the group's emissions cheat software.

Porsche's involvement in the scandal has so far been linked to its use of Audi diesel engines. VW Group CEO Herbert Diess recently admitted that his company has played a leading part in contributing to the recent demise of diesel. “As Europe’s biggest car maker, we need to break new ground for diesel engines," he said. "It's due in part to us that diesel has wrongfully fallen into disrepute."

There goes the myth of Euro 6 dirty diesel. Just because they are Audi-sourced does not absolve Porsche from the responsibility of misleading their customers. In future if there is a problem with the most touted MQB platform, who will Porsche apportion the blame on Audi, Volkswagen or Skoda?
pauld101 21 May 2018

So, if I were to introduce a poison substance to the water supply that randomly and indiscriminately made children ill, leading, potentially to serious long-term health conditions or even death, when I was sentenced, I would rightly go down for life.  Apparently, though, if it's the air supply and you're VW group, it's completely excusable.

The simple reality is that making a Diesel run clean enough to be operated in cities is impossible at worst...impractical at best. The very best summary of the cheat that I have read is from Forbes last year. Have a read of this unbelievable story: