Heretical though it might seem, I have never really understood why the Mini is seen as the chief architect of the late 1950s city car revolution. Not only did the Fiat 500 get there first, it did it better.

Put both cars in a town and Fiat  will not only out-turn and out-park  a Mini, it will also get through gaps  a Mini would scarcely look at. Most importantly for some, for every stare a Mini can drag off the pavement, the 500 will draw a hundred.

That said, the Fiat 500 was not the first true city car any more than the Land Rover was the first SUV or the Renault Espace the first MPV. An entire bubble car industry had grown up long before the 500 first went on sale in 1957. Indeed, the clue was in its full title – Nuova Cinquecento, or the ‘new’ 500 – in acknowledgement of the Fiat 500 Topolino first produced more than 20 years earlier. 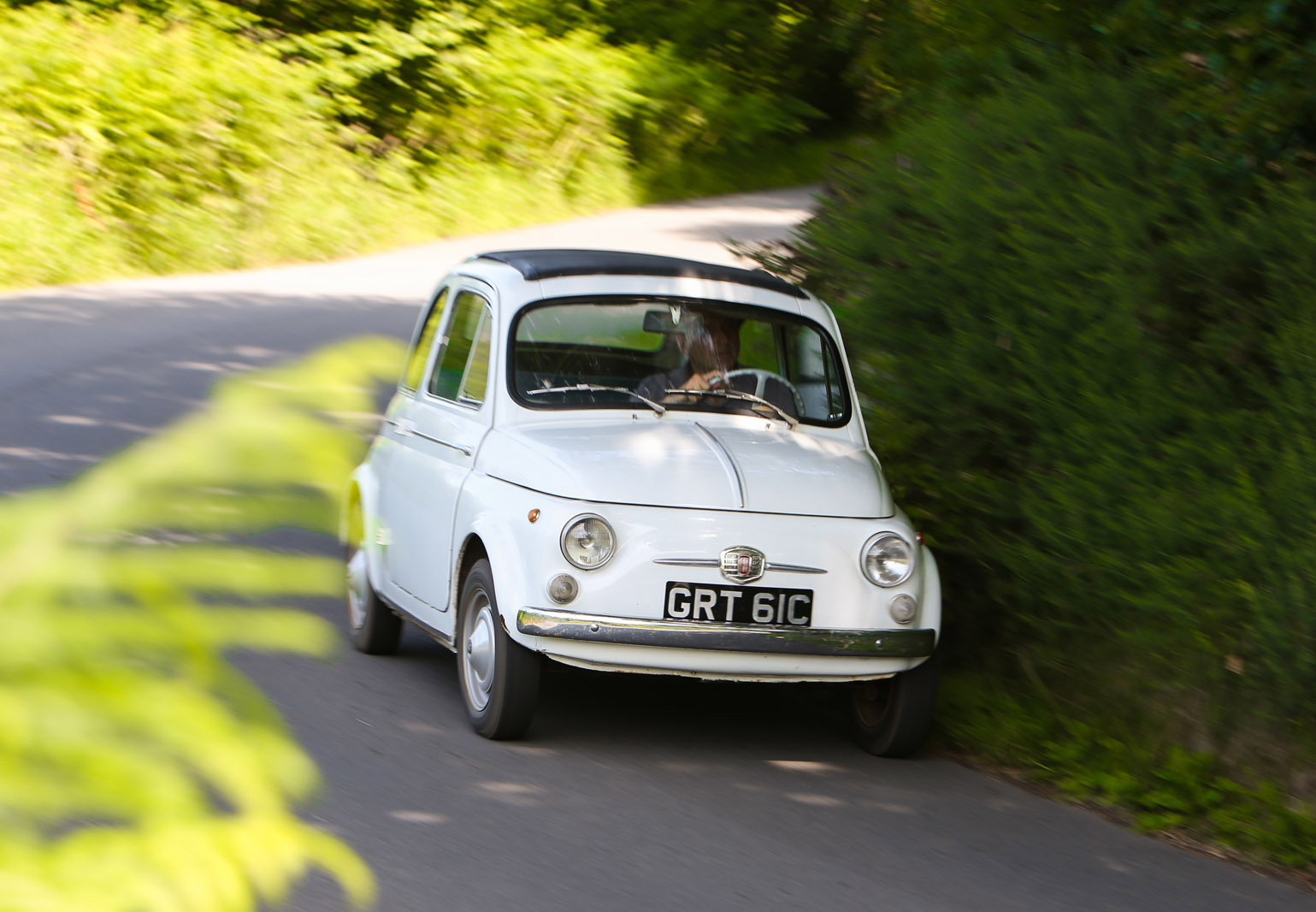 But like those other cars that came to define their class, the 500 was the one that got it right. Why? Primarily because Fiat got the world’s greatest talents to make it. Designer Dante Giacosa was a visionary already with the Topolino to his name. His brief called for a car less than 10ft in length yet in which four people could squeeze. His answer was a  car with monocoque construction, independent rear suspension and aluminium air-cooled engine in  the back engineered by Aurelio Lampredi. The latter was better known for designing the monster V12 Ferrari engines that not only won Maranello its first Le Mans as  a factory team but vanquished the hitherto unbeatable Alfa Romeo F1 team. The 500 may have been small, but its pedigree oozed out of its every aperture.

If I’m honest, I bought my 500 because what I really wanted was a 1950s 2CV and I couldn’t find a good enough car. To me,  the Fiat was second best – a lot better than nothing but not really what I was after. But by the time the perfect 2CV did finally appear, I’d realised how wrong I’d been about the 500, so now I have two small and ancient cars powered by air-cooled twins. Some might call that overkill.

But I couldn’t bring myself to sell the 500. For a start, it’s a 500D, which means it has the original body with the suicide doors and is vanishingly rare as a result. It’s the only car I’ve ever owned that makes people who have no interest in cars go completely weak at the knees. 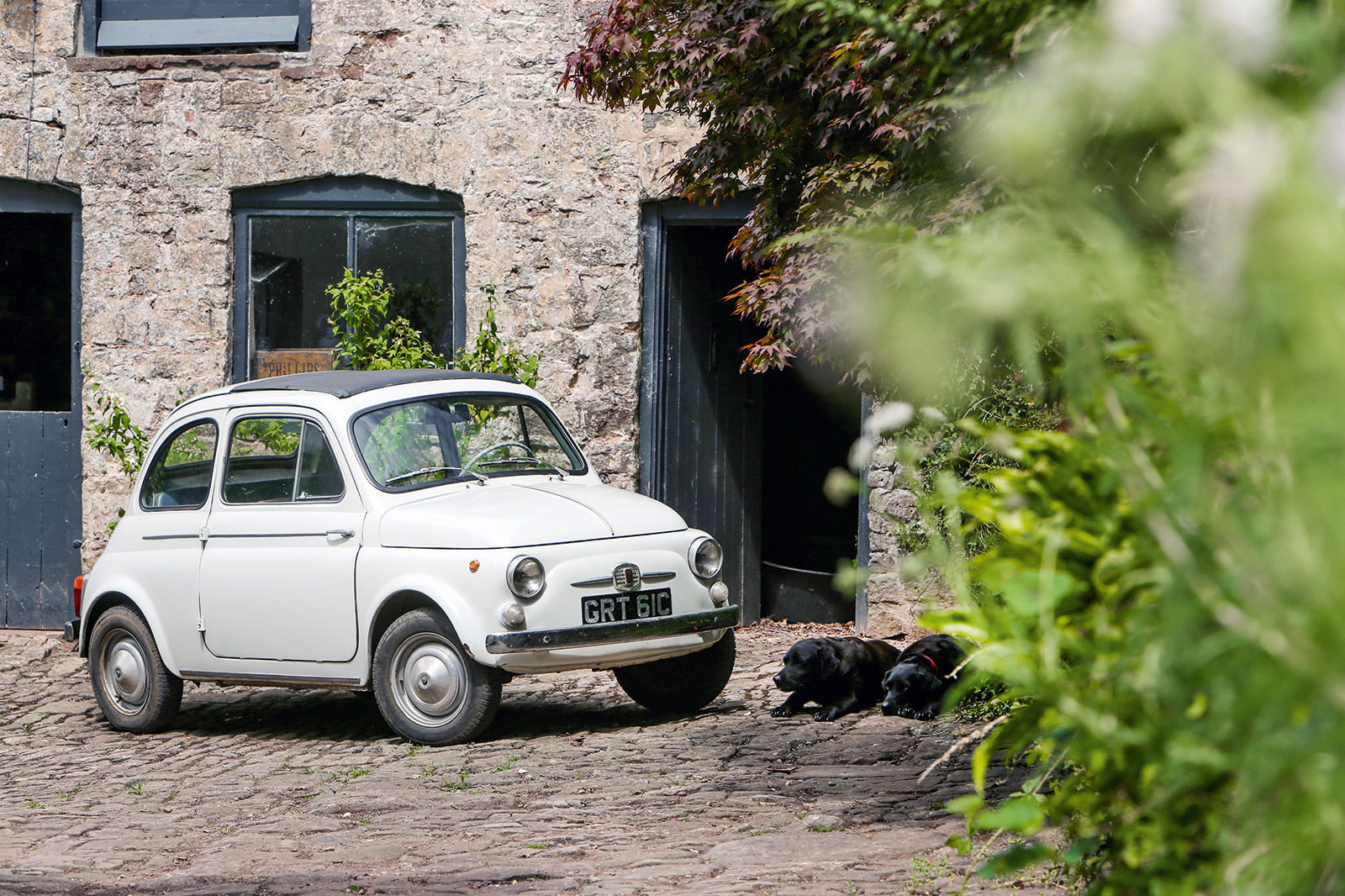 More than anything, however, I’ve kept it because it is howlingly funny to drive. If someone today were to design a rear engine air-cooled car with a super short wheelbase and an all-up kerb weight of less than 500kg, we’d be queuing up to drive  it no matter how much power it had. To me, it’s mainly about the steering, unpolluted as it is by either the weight of an engine sitting on top if it or the need to transmit power to the road. Quick and super-direct, even on rubbish tyres it changes direction like a pinball. The amount of grip will surprise anyone who travels in  it as will its composure on the limit. Basically, it won’t understeer at all but just slides at all four corners until you have had enough fun or are about to run out of road. A quick lift with the appropriate reduction in lock is all that’s then required.

But there’s more: the engine note is charming enough for Fiat to want to recreate it in the 21st century, while the ultra-quick four-speed gearbox has no synchromesh, so will not hesitate to let you know if your double declutching technique is not quite up to snuff. In fact, the only thing I don’t like about it are the brakes, which are only a little better than they feel, and they feel awful.

So now is where I get sniffy about the ‘new’ Fiat 500 and point out how its retro shape smacks of creative bankruptcy and note the absence of the innovative engineering detail. Do you think for a moment that even the Twinair engine would have been built without Lampredi’s original? No, me neither.

And yet these cars still have their place. They are not much to drive, they are shamelessly derivative and yet they have that priceless ability  to make people smile; people who would not give a Ferrari or Bentley  a second glance. That talent alone explains the extraordinary success of the Fiat 500 and how the Fiat brand came to be rebuilt on its shoulders. Just never forget that without the original Nuova 500, none of it would ever have been possible.

As the article says the new cars just draw on heritage.

But I think the world's a better place with them on the road. Much more interesting to look at than a generic small hatchback.