BACK TO ALL NEWS
Currently reading: April Fools’ Day 2019: the car industry's best jokes
UP NEXT
Alfa Romeo to show new sports car in early 2023

From Inbetweeners-inspired limited editions to pointless charging points, these are the most unbelievable press releases
Open gallery
Close

It’s been a busy few weeks for motoring news, what with the Geneva motor show, the VW Group yearly round-ups, the unveiling of two shock new Ferraris and plenty more taking place in March.

What better way for automotive PR teams to wind down from the madness than to attempt to wind us up this April Fools day?

We look through the best efforts of the industry's attempts to explore its mischievous side.

Scot to be a joke…

Land Rover claimed to have installed the UK’s “most remote charging point” on the Isle of Skye, off the coast of Scotland. 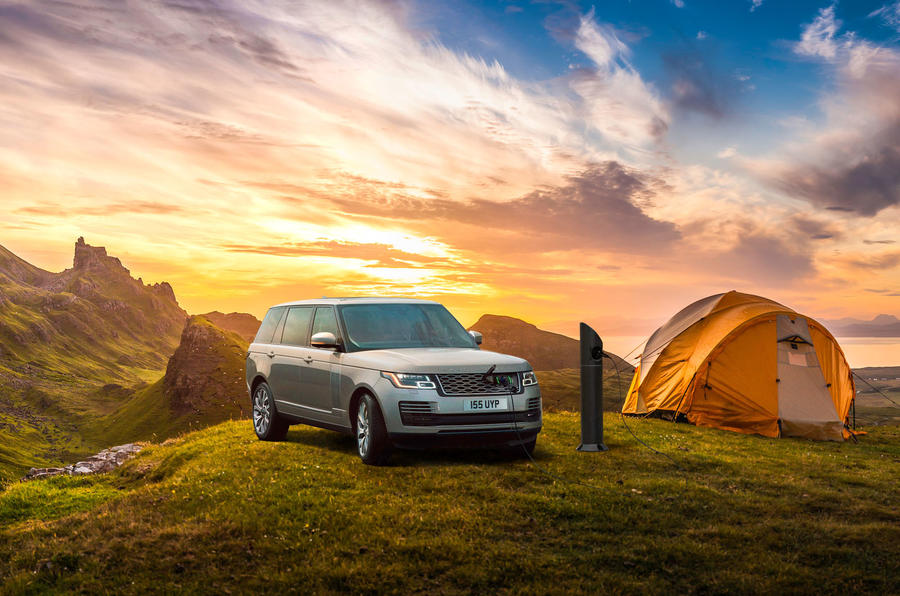 The fast-charging point, 15 miles from the nearest tarmac, was to allow drivers of the firm’s new Range Rover and Range Rover Sport P400e plug-in hybrids to take a “mid-adventure top-up charge” on their off-road jaunt across the island.

The conveniently named Max Watts, head of vehicle charging at Land Rover, said the company had “ohm-mitted nothing in [its] quest to ensure that eco-minded Land Rover owners are able to adventure in zero emissions comfort”.

They nearly had us, too, until the environmentally conscious Ted Lightly, CEO of Skye High Club, was quoted as saying “this new charging post is so discreet that it’s almost as if it’s not even there at all”.

Fiat appealed to the sixth former in all of us when it announced the new Fiat Panda Hawaii edition, inspired by hit sitcom The Inbetweeners. 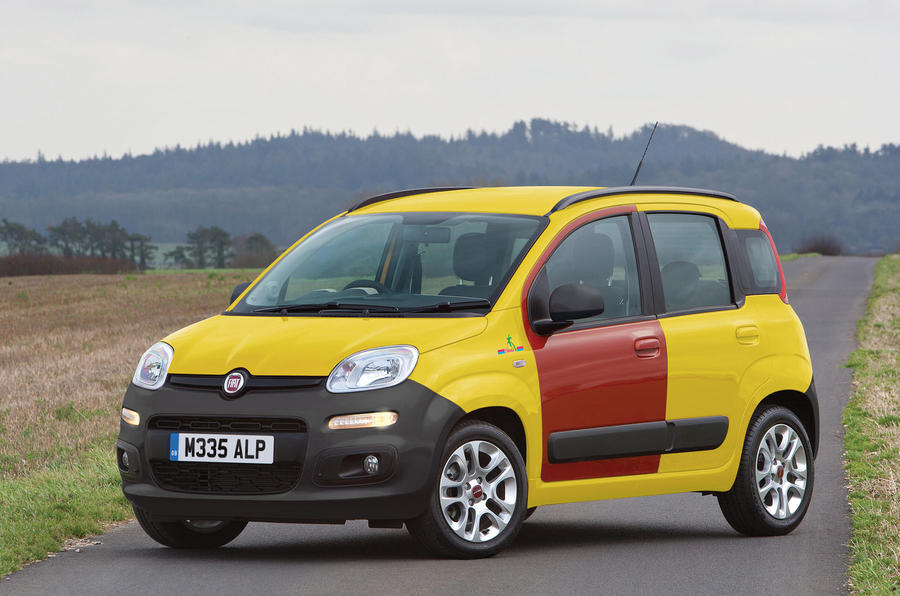 Featuring a pre-dented red passenger door, a 1995-style registration plate, a cassette player and the 38bhp 899cc petrol unit from Simon Cooper’s ill-fated Cinquecento, the special edition was expected to sell out on its first day of sale - 1 April.

The company was offering discounts to parents so they could buy their child “the most valuable present they’ll ever get”, and had waterproofed the engine to avoid irreparable damage should the Panda end up in a pond.

Further incentive came in the form of free tickets to Thorpe Park, alongside the all-important queue-jump passes for the front seats of Nemesis Inferno. Can’t really call that ‘inconsiderate’, can you Will?

Very good, Fiat, but in the immortal words of Mr Mackenzie himself: “You have to get up pretty early to fool Autocar”.

Skoda’s April Fools’ prank was a tongue-in-cheek parody of the overwhelming amount of personalisation options available with new cars.

The new ProjectaPal lighting system was the latest addition to the Czech brand’s ‘Simply Clever’ range of design features, and would allow drivers to use their car as a sort of mobile diary. 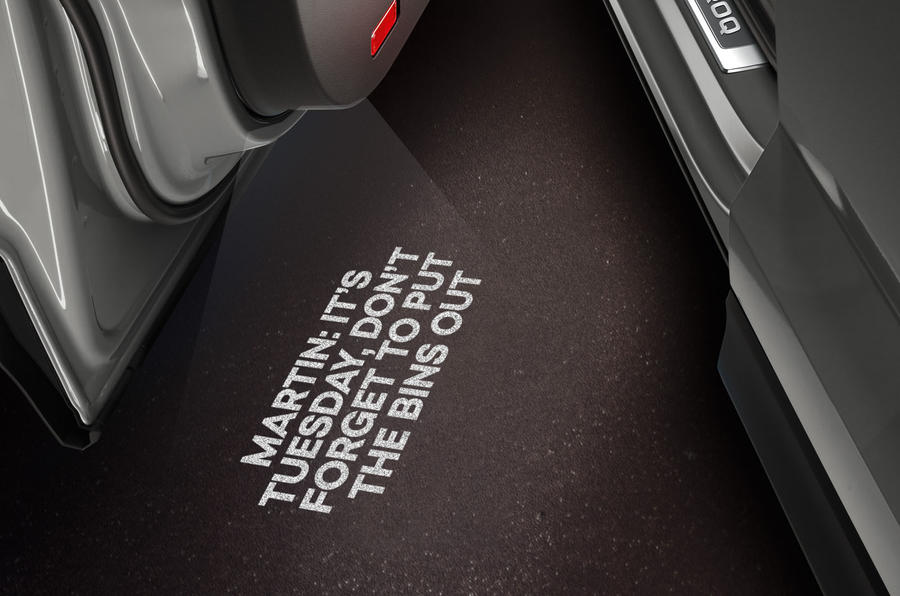 High-intensity LED lights fitted to the bottom of the doors would project a chosen image (a bin day or birthday reminder) onto the ground at the start and end of every journey.

“Maybe you are missing someone you really love like your dog, your cat, your favourite football player or your wife”, he suggested. 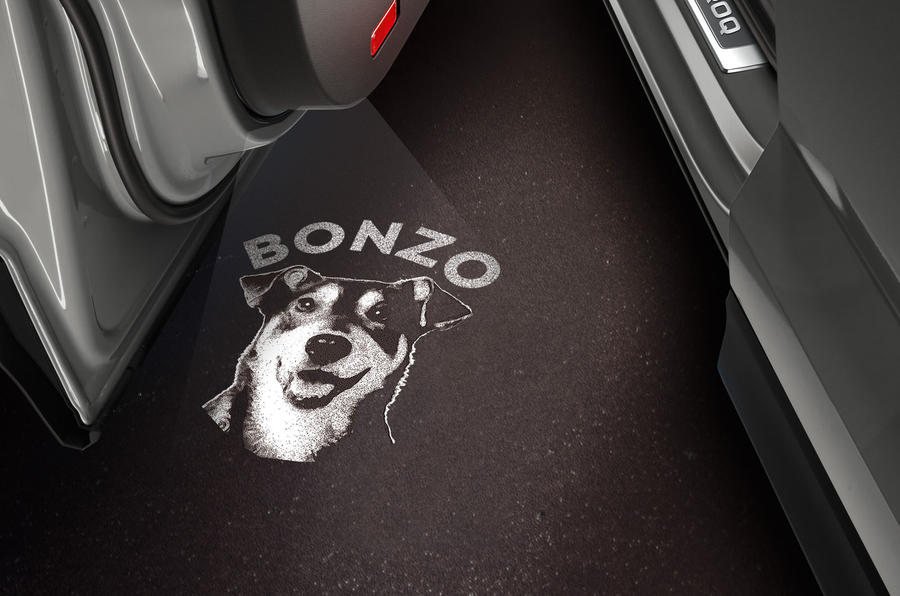 “With ProjectaPal, you can see their faces the moment you open the door.”

Maybe a good idea, but reminders to have a shower could get a touch embarrassing in the office car park.

BMW shot for the stars with its annual prank, claiming to have rolled out a new 'lunar paint' which would use "revolutionary photvoltaic technology" to recharge its BMW i3 and i8 electric cars overnight. 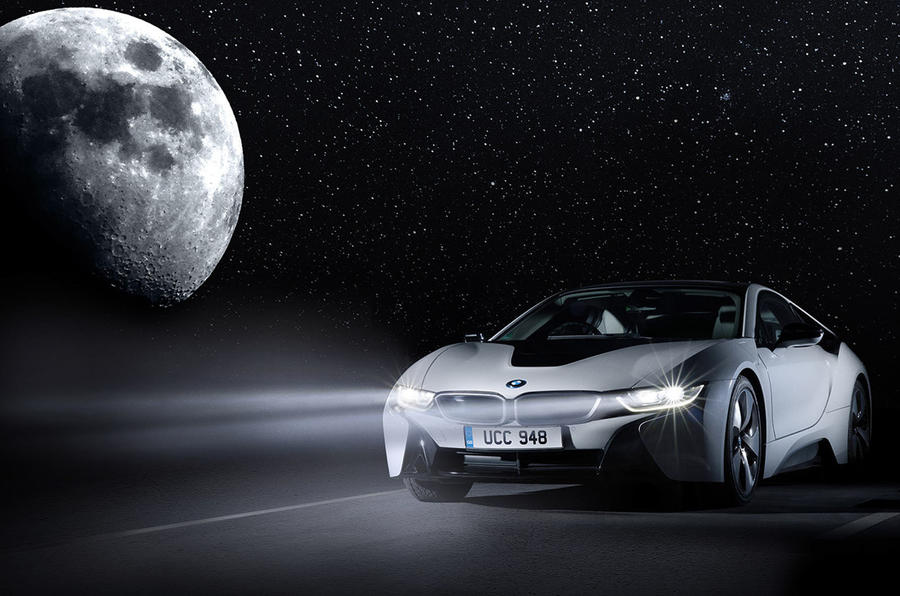 The company even came up with a catchy slogan for the idea - "Sun down. Charge up." It almost makes you wonder why companies aren't pursuing lunar technology. Perhaps there's an easier time of day to generate energy from light sources? We'll look into it.

MG Motor wanted drivers of its 3 hatchback to colour their commute with a new range of dye-coated tyres. Equipped, for a limited time only, as standard on all trim levels, the water-soluble dye would leave a trail of colour behind the car which would dissolve in the next rainfall.

Dr Gull Abel, MG's professor of pigment, said: "With these fantastic tyres, we're taking personalisation to a whole new level and allowing customers to show their true colours". Find a big enough car park, and you might even be able to play noughts and crosses with your MG-driving friends.

Even motorsport venues were trying to get in on the action, with Wiltshire's Castle Combe claiming to have formed its own sovereign state.

Operating as 'The Kingdom of Castle Combe Circuit', the 1.85-mile circuit was tipped to host a Formula 1 Grand Prix as early as next year. 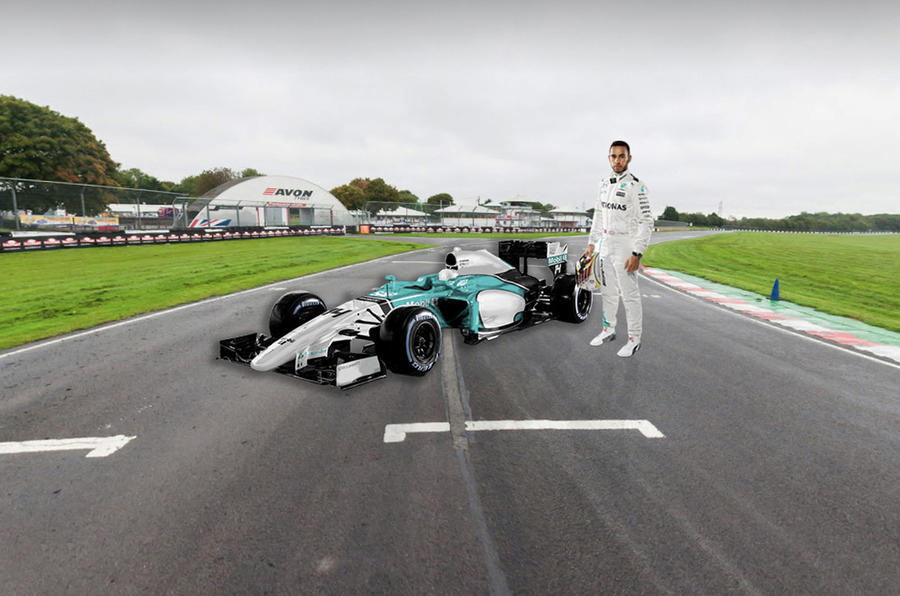 Unfortunately, it wasn't going to be quite as glamourous as Monaco or San Marino, with spectators and competitors forced to undergo "an airport-style passport control procedure", and a categoric ban on any vehicles not made in Britain.

Castle Combe managers have discussed their newfound sovereignty with the Queen, Formula 1 bosses and Jenson Button's primary school maths teacher, who said "I've never met nor heard of Jenson Button, but am sure he'd be very happy with the news".

Screen if you want to go faster

Kia's keeping in touch with the younger generation, and showed off a touchscreen-based vehicle control unit that mirrored the 'swipe left, swipe right' mechanism used by popular smartphone apps. 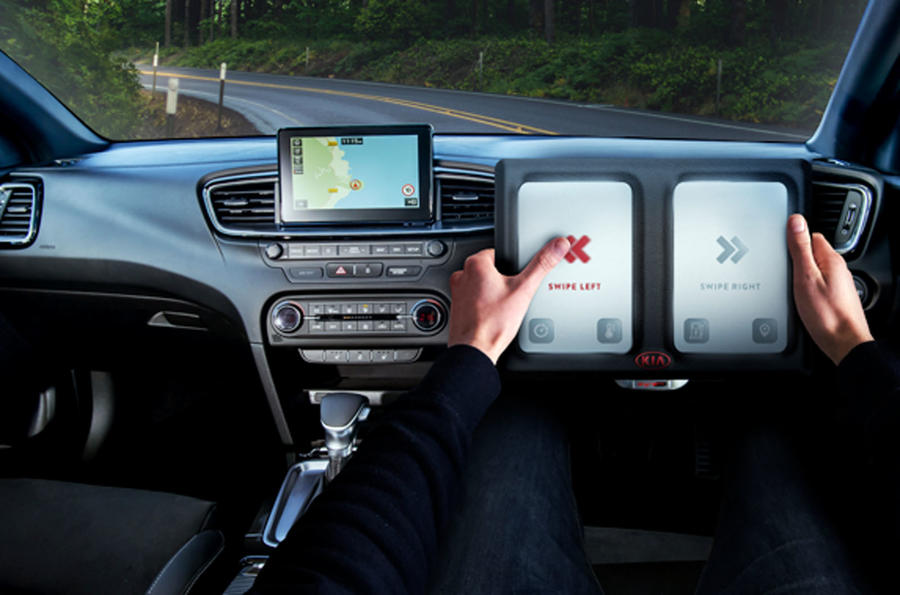 The Automotive Premonition Research Institute Limited's new Finger Operated Optimum Lever (A+ for effort), allowed drivers to scroll up and down through the gears, operate the horn via a 'double-tap' movement, and change direction with one flick of the finger.

Available on selected models from 1 April, the F.O.O.L "is set to revolutionise driving for the under 30s", according to a spokesperson for the brand.

April Fools’ Day 2018: the best jokes from the car industry​

Come on. The best joke of

Come on. The best joke of some car manufacturers is the price of their cars. Really. For example, Ford or Chevrolet like to make big cars and put a huge price on them. But who buys them? Just rednecks. And how many jokes about them then. There are more and more jokes about rednecks, but they continue to buy these cars. Enough. Is it time to stop doing this and start taking it seriously?
In any case, the jokes in the article are good if that.
GaryW 1 April 2019

Bad news Fiat: VW did a similar April Fool's joke many years ago...but someone forgot to tell manufacturing and they actually built it! Remember the VW Polo Harlequin...?  (For that just-had-a prang-and-got-some-random-panels-from-the-scrapyard look)

And the Skoda puddle lights joke is actually inspired - I wish my wife's Merc popped up a puddle-message to tell me I'd (yet again) forgotten to unplug my phone from the USB cable and left it in the car...

GaryW - Our Seat and Skoda both pop a message on the screen to remind me to take my phone when I leave the car.  And that's not an April Fool!

...is the extortionate price of new cars these days. Oh, that's not a joke.