BACK TO ALL NEWS
Currently reading: New Ferrari F8 Tributo is fastest mid-engined Ferrari yet
UP NEXT
Fisker goes radical with Pear EV SUV

The new Ferrari F8 Tributo will be the most powerful mid-engined V8 Ferrari series production supercar yet produced.

The 488 GTB replacement, which made its debut at the Geneva motor show,  gets a new 710bhp version of Ferrari’s 3.9-litre V8 engine, which is a 49bhp upgrade on the 488 GTB, and the same output as the limited-run 488 Pista and also that of the car’s biggest rival, the McLaren 720S. 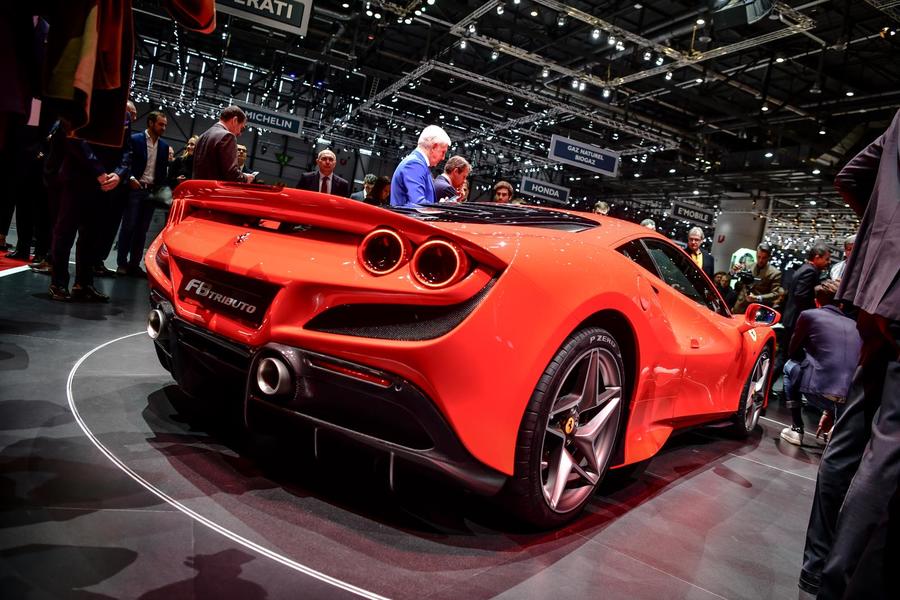 Ferrari claims there have been “improvements across the board…providing even better control on the limit along with greater on-board comfort” between the 488 GTB and the new F8 Tributo, a name that is a homage to the engine that powers it.

Driving the rear wheels through a seven-speed dual-clutch gearbox, the 90-degree V8 engine is the real star of the new supercar. As well as the power boost, torque is up 9lb ft to 568lb ft.

Ferrari is also talking up the improved aerodynamics of its new supercar, which brings with it the first iteration of a new design language that aims to marry high performance and aerodynamics efficiency. Aerodynamic efficiency is improved by 10% over the 488 GTB. 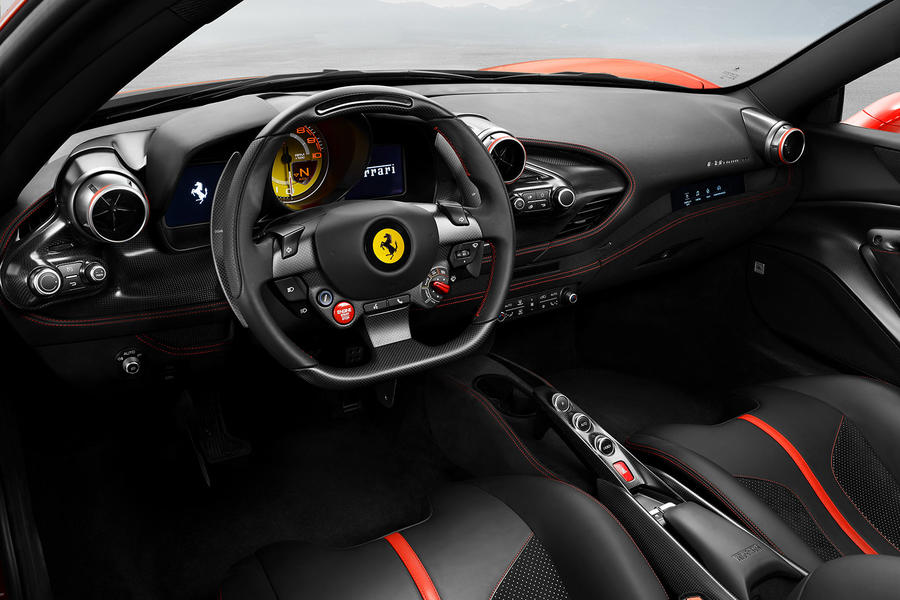 In the styling, there is a nod to the iconic F40 in the louvres of the clear screen over the engine, and a return to twin rear light clusters in a look inspired by the 1975 308 GTB. There are also carryovers from the Pista, including the rearward-angled front radiators and rear air intakes. The S-duct air intake is also redesigned over the 488 Pista, with the amount of downforce it helps produce increased by 15%.

Brake cooling is also improved with new intakes thanks to redesigned LED headlights. This improved cooling prevents the need for larger brakes to be fitted to cope with the extra performance.

The 4611mm long, 1979mm wide and 1206mm high supercar is again built around an aluminium architecture, and the weight of the car has been reduced by 40kg over the 488 GTB to weigh 1330kg dry. That weight is 47kg more than the 720S, which is built around a carbonfibre architecture.

The latest version of Ferrari's Side Slip Angle Control ‘controlled slide’ system is another feature of the F8 Tributo, as is new version of Ferrari Dynamic Enhanced called FDE+ that now works in the Race mode of the Manettino  drive mode selector and makes on the limit handling more predictable.

The completely redesigned cabin of the F8 Tributo features a thinner-rimmed steering wheel to improve feel for the driver. The steering wheel controls are also overhauled, and a new 7in touchscreen for infotainment features, too.

Ferrari has yet to confirm pricing or availability for its new supercar, but expect a price north of £200,000 and UK deliveries in about a year based on past launches.

Can see the aero influence in

Can see the aero influence in the design but still manages to school McLaren in the art of proportion and cohesion.
david RS 28 February 2019

why not ask for a manual while you're at it...

PORSCHE you are looking??

OK it will never sit in my drive, probably not even as a one day hire. BUT, what I love about the Prancing horse is their ability to bring each model different, beautiful, and even sexy. Porsche you have been churning out the same VW with 0.0005 mm increases / decreases etc etc for 30 years. Can you please throw away that jelly mould and design proper machinery