Atom 4, Atom 4; so good they ‘gonged’ it twice. That, to be fair, is probably not what will irresistibly trip off your tongue when pub conversation – at a safe distance, of course – next turns to Ariel’s latest-generation Atom.

And yet here we are: the winner of the latest Britain’s Best Driver’s Car (BBDC) award is also our one and only five-star road test car of the year. Quite the coup for Somerset’s little old Ariel Motor Company Ltd and for a niche-market, lightweight sports car that remains little known outside true enthusiast circles.

Much as it has taken some time for its maker to refine and perfect the Atom, Ariel has now managed that in almost unqualified fashion. But even for road testers who get to drive Atoms fairly regularly, it has also taken much of the two decades that Ariel has been around to really get to know and fully appreciate its most important model. The Ariel Atom was already a decade old before one went through a full Autocar road test. Getting a full-house score at its second attempt really is going some.

The Atom just isn’t like other lightweight sports cars and is even less like so many other downforce-centric, racing-prototype-like track machines. Even among cars of a similar size, weight and brief, it’s a very special and unique proposition. It gets bundled in with Caterhams, Westfields, Radicals and stripped-out Lotuses, understandably, because they’re a lot more like it than a Vauxhall Astra is. And yet there are the key differences.

You don’t build your own Atom. It is built for you and to your own specification, quite superbly well and by hand – and it is therefore an item of outstanding quality.

You don’t really go anywhere in one, like you might (just) in a Seven-style sports car with padded seats, a canvas roof and at least a bit of a boot. An Atom is for your amusement only. But unlike almost slavishly track day-intended or junior competition lightweights, the Atom is absolutely a road car as well as a track car. It’s enormously fast and enormous fun almost wherever you choose to drive it – and might never have been more so than now, as the Atom 4. 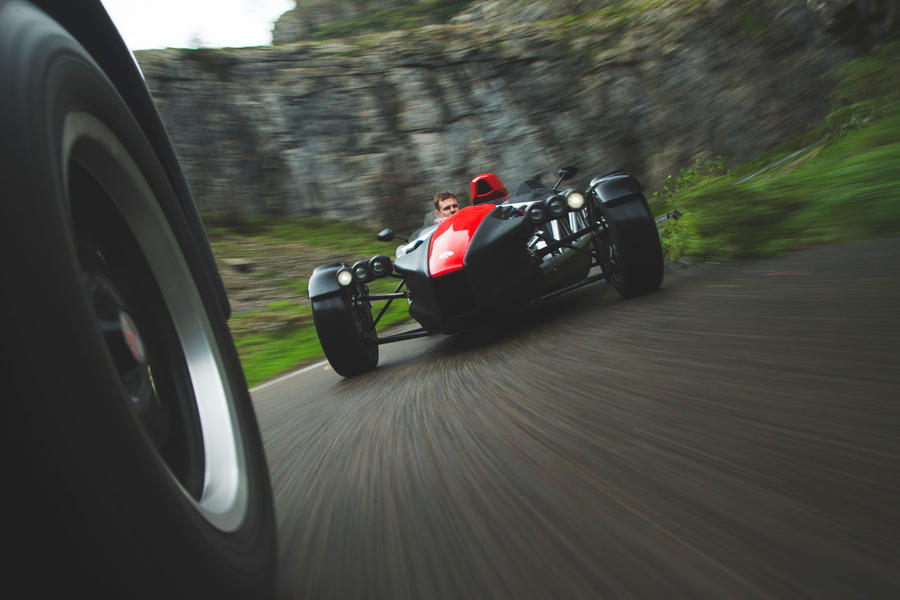 The Atom is all about the fun. As a track car, it’d be quicker with a lower-, longways-mounted engine, a longer wheelbase and a lower ride height. But so what? The mechanical orientation itself tells you that, even in a car like this, there is more to life than lap time; and, believe me, there’s plenty of lap time in an Atom. If you want vivacity and character from your lightweight sports car at almost any speed, and proper, multidimensional driver engagement and reward when driven really hard, this car has almost no equal.

On the road, you can simply bowl along, feeling every feature under the car’s wheels as it goes by and every change in camber and grip level; and, thanks to that new turbocharged engine, you can choose to surf on more than 300lb ft of torque when you want to, and rip hilariously to 7000rpm in second gear now and again. Unlike rivals, the Atom’s adjustable suspension feels alive and active on the road so the car has charm to match its first-rate body control.

On track, get ready for something else entirely. That engine’s outright performance is a test of your bravery. The controls, faithful and honest, stay weighty, and you need lots of upper body strength to master the steering at big speeds and cornering loads. With practice, though, you absolutely can – the Atom 4 being markedly easier to really get a grip of than its predecessors, as well as more flexible in the styles in which it’s ready to be handled. Getting ‘on top’ of this car is still a physical challenge; but surmounting it provides a visceral, eye-popping thrill the likes of which little else with a steering wheel and numberplates can even get near. 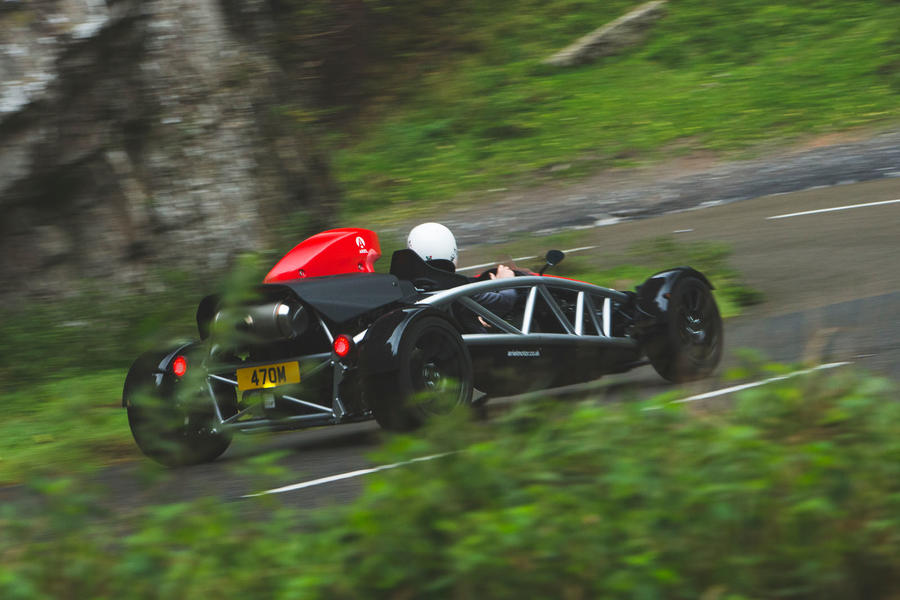 There was a time when cars like this were forbidden entry to our annual BBDC test because it was thought their inclusion would be unfair on the rest of the field; but how could we have declared anything else the BBDC champion of 2020, we wondered, if it hadn’t beaten this?

We simply couldn’t. In the end, almost all of our judges conceded that while you might not get as much use out of an Atom as from other past winners of the title, when the rewards are this good, they’d be worth it whenever they came. They’d be worth the £50k or more you might end up actually paying for a nicely optioned Atom 4, too.

That’s quite a lot for what’s only a little car, granted. But think of the Atom not as a car, for a moment, but as an addictive drug instead (and given the effect it has had on certain testers of this parish, the comparison’s not as gratuitous as you might think)… Well, I’m no expert on these things, but surely 595kg of the stuff would have a much higher street value than £39,975?

Caterham's and formally Lotus 7's have been around a very long time, hundreds of them are raced all over the world every weekend, they are very light and pretty frail, and yet to my knowledge ther are very few fatalities in them in the event of a frontal impact . I assume this is mainly due to the light small tube structure with its stressed aluminium panels collapsing in a controlled manner and absorbing a large amount of energy as they do so. The Atom has always worried me in that I don't see much in the way of an energy absorbing collapsible structure, just those big tubes feeding the impact energy back into the occupants ? Perhaps a accademic reader could put me right ?