BACK TO ALL OPINION BLOGS
Currently reading: Matt Prior: Used car retail is killing the motoring enthusiast scene
UP NEXT
Opinion: Vandoorne back on form as Formula E hit Monaco

Once-hallowed circuits are being covered with second-hand cars, changing the face of motor racing and testing
Open gallery
Close

It’s full of cars. Every last bit of it. Of course it is. It would be remiss of the new owners of Rockingham Motor Speedway – the UK’s first big, proper oval circuit that was last year turned into a car preparation and turnaround depot – to not maximise the space properly.

Well, they absolutely have. The banked oval, the surprisingly entertaining infield circuit, the pit complex – used cars are being defleeted and prepared for new customers over every part of it.

Bruntingthorpe Proving Ground, a place we could phone to book some track time and be travelling at 200mph along its runway a short time later, is similarly about to join it in being closed to the likes of us.

Bruntingthorpe has been a car defleeting, preparation, storage and auction house alongside a test track for years, and while the new owners say the circuit will remain open for car maker testing, we’re no longer welcome. Perhaps the car makers are uncomfortable about the legions of unsold metal lined up alongside the runway that would inconveniently appear in media photos and videos. 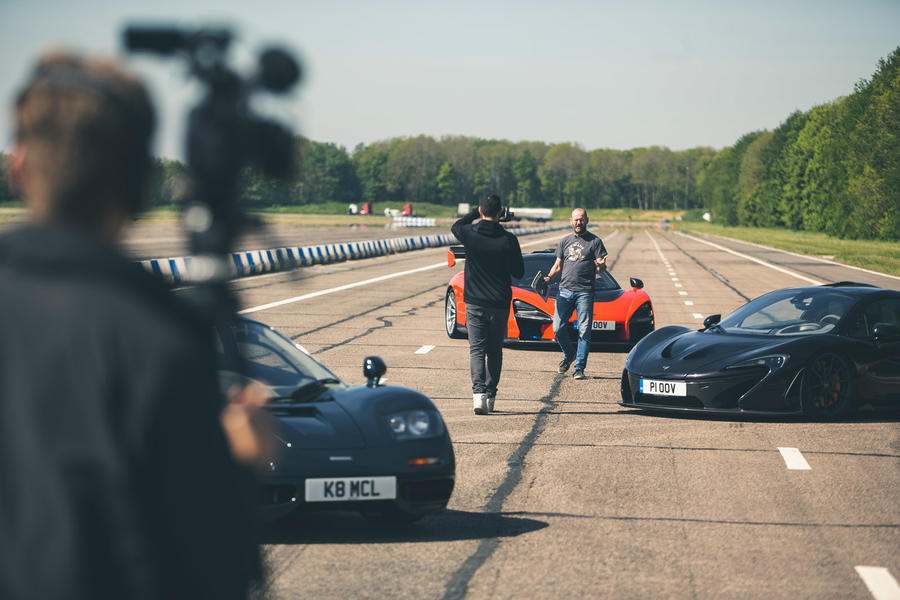 I don’t suppose the site owners are too bothered about the effects on the few motorsport enthusiasts or car nuts who use these places. And in terms of usefulness and providing local employment, I dare say there’s an argument that the locations will be more valuable now than ever.

But both are, in their own ways, irreplaceable. Who is building new race or test tracks? And even if you did want to change Rockingham’s use again, once you stop these places regularly making noise, how do you convince the locals – yes, even those who willingly moved next door to a race track – to let them start again?

Rockingham has always seemed odd, a huge place that sprung up on the edge of Corby, promising grander things than ever became established there, but it became a valuable part of the UK motorsport scene. I’ve always enjoyed driving there.

Bruntingthorpe, too, mostly. Its track management has never been as well regulated as other test tracks, for good and bad. I’ve always been relieved when everything has gone back in its box at the end of the day.

But we’ve tested extraordinary things there, and in quiet times it has given me some hilarious work days. Racing teams use it for shakedowns, Triumph bikes use it, truck makers use it and race instructors go there, as have car clubs. And while shabbily surfaced, it’s rather versatile.

In the case of both sites, though, I find it hard to escape the feeling that motorsport and motoring enthusiasm have been sacrificed at the altar of keeping the country’s crap car supply turning over.

There’s row upon row of boring hatchbacks and mediocre company cars, bought unthinkingly on PCP finance or hire purchase or discounted into big fleets, whose parking dings need removing and wheels need refurbishing before they slide like cattle through an auction square and are churned onwards to their next uninterested owners.

Each metal box is, on its own, a representation of personal freedom. But when lined up in their tens of thousands, they become something else, too: a vivid depiction of both the oversupply from which the industry can never fully wean itself and the debt from which people can’t, either.

Matt Prior: if you want to build a racing circuit, build it on an old airfield

this is all very well

but where else are they supposed to do it?

Clearly not enough people have the time/money to waste driving round in circles dreaming of being Lewis Hamilton. No surprise, really.Whereas the massive number of cars being 'sold' on PCPs need somewhere to go at the end of their term.

So Jeremy, we should build cars to order?

Peter Cavellini bought by the public are built to order nad have been for years, yes you can go into a showroom and possibly pick a car up straight away, but its not necessarily the spec you want, hence the reason manufacturers spend lots of money on brochures and online configurators. Not everyone drives a repmobile/company car.

Autocar's complicit resignation to all that is going on in the car world means they are not entirely free of blame here.

Just look at the number of EV and autonomous articles they print without meaningful comment.

And motor racing is dead - killed by virtue-signalling manufacturers - so what nutter would try and build a new circuit now?

Eseaton@, so by your reasoning, all car mag, anywhere car articles are printed aren't being honest, not printing the truth by you ethos?