BACK TO ALL OPINION BLOGS
Currently reading: Matt Prior: Where have all the practical fast cars gone?
UP NEXT
Opinion: BTCC is the easiest way to see Britain's best driving talents

Matt Prior: Where have all the practical fast cars gone?

A drive of the Alpina B4 Gran Coupe reveals it has very few rivals, if any at all
Open gallery
Close

At the launch of the Alpina B4 Gran Coupé, Alpina’s engineers and marketers pulled up a few charts showing pricing comparisons with rival vehicles. (Even if they’re selling a niche expensive product, it’s still a competitive marketplace.) They’re talking Audi RS models and Mercedes-AMG cars, and mostly quietly overlooking the M variants of BMW.

But when it came to the B4 Gran Coupé, or a D4 diesel alternative, or the B3/D3 3 Series-based saloon and estate models, or the B8, there weren’t a lot of rivals. Usually just one.

The short of it is that there aren’t many low, fast and expensive but practical cars. True, it doesn’t help that there isn't a Mercedes-AMG C63 on sale at the moment. But there was a notable dearth of metal.

And then the charts swapped to Alpina’s SUVs, like the XB7. And lo, there were usually four, five competitors at least. Loads of tall, fast 4x4s. What a state. Look, I know people want them – and I had a go in an XD4 on the road and for an SUV it was very good to drive – but if you’re thinking about buying one, please remember that low cars are so, so much nicer. 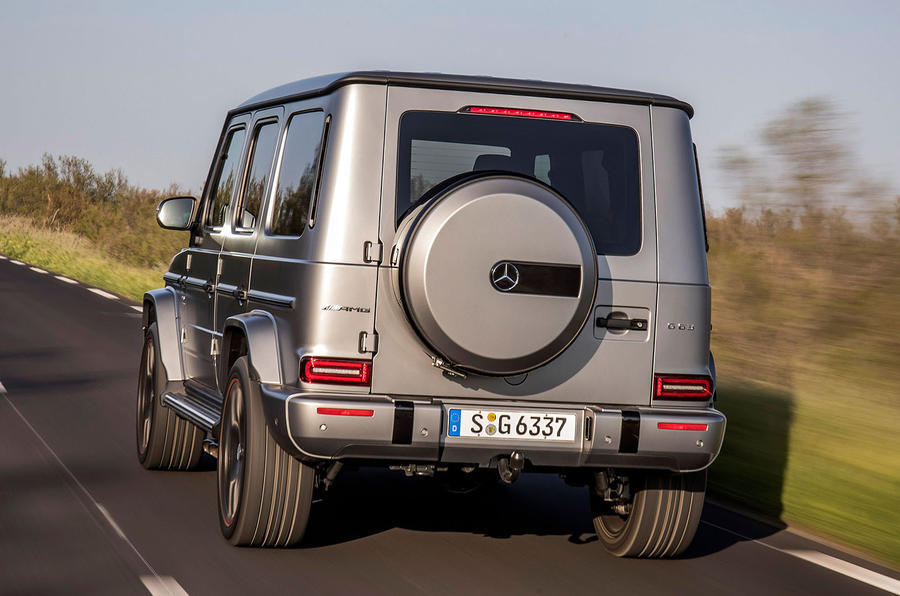 I’d been wondering who bought all these new Mercedes-AMG G-Classes. I live near-ish to Bicester Village shops so have seen a few, usually on a private ‘4D’ numberplate (actually 3D), but last week I was in west London after dropping a test car back to a dealer. And now I know where they all end up: there were G-Wagens everywhere.

Now, I’m not about to go around letting your tyres down at night, lads, but as I sat watching someone park one, and then somebody else try to slot a Range Rover into a parking space, I thought: you really have bought the wrong car for this location.

One of the legislative measures that tyres have to comply with are maximum levels of rolling resistance to maintain efficiency; you can’t make a tyre out of Blu Tack, no matter how grippy that might be.

Is it difficult, then, I asked a Pirelli tyre engineer last week, to marry that up with the demand for wider, low-profile tyres that offer big levels of grip? Not so much, he said: if anything, it’s more of an issue on narrower tyres with higher sidewalls, which fl ex more to provide extra comfort. Every bit of bounce in a sidewall is using energy that a stiffer set-up would use to keep rolling forwards.

So once you have stiff tyres and fit them onto a several-tonne vehicle, they’ll roll to their heart’s content. It’s the little, light, easily stopped cars with some squidge that are more problematic.

On a slightly related note, it’s increasingly common to find tyres fitted with foam inserts to reduce cabin noise. They’re pretty effective and can – although not necessarily by much – also reduce drive-by noise from outside, too. Now, foam is by definition very light but it does add weight where you wouldn’t want it, in unsprung mass: the bits between the suspension and the road. The lighter those are, generally the better, because the suspension doesn’t have to work so hard to control light things as it does heavy ones.

Tyres are noisier if they’re big and fat and wide, and foam makes them a little bit heavier again. Maybe we should have a bit less of them.

Agree with pretty much all the comments. Reality is people like SUV's, and lets be honest, most people, not all, but most people secretly want the biggest and fastest irrespective of where they live, or try to park. Like it or not, big SUV's are the status symbols that Granada Ghia's and Capri 3000S were in the 70's. Most people are not enthusiasts, so purity, engagement and handling count for zip. Riding in a shiny new BMW X7 shows you've arrived!

I wonder what on earth Matt is talking about here.  Virtually every new car on sale today is a fast, practical car.  There have never been more cars on sale with inappropriately or unnecessarily high powered engines.  A mid-range ICE hatch or SUV will do 0-60 mph in 7 or 8 seconds, and plenty will do it quicker than that.  Many electric cars are capable of acceleratinf faster than most drivers skills can keep up with.  Do we need so many cars to be so fast ?  Of course not.  It's ridiculous, and not at all good for the planet's resources.

I'm sorry but this generation is really a 3GT being marketed as a Gran Coupe. Twinning it with the i4 has ruined the concept of the Gran Coupe such that it is now taller than the saloon. Nonsense.