BACK TO ALL OPINION BLOGS
Currently reading: Matt Prior: how much in-car tech is too much?
UP NEXT
Opinion: Is stripped-down BMW M4 CSL worth the weight?

Matt Prior: how much in-car tech is too much?

I suppose we should file under ‘not entirely surprising’ the news that budget car maker Dacia has surveyed some drivers and decided they like budget car things.

Stand by for Dacia’s shocking statistics: 76% of drivers “think too much technology can be distracting in a car”, 78% of them “only want in-car technology that they deem useful” and 61% “would prefer more affordable cars that are equipped with technology they regularly use”.

But also I wonder who would argue against any of those things anyway. Who are the 24% who think too much technology wouldn’t distract them? Fighter pilots? How rich are the 39% who would like cars to cost more than is necessary and be equipped with technology they wouldn’t use?

Obviously, a survey instigated by a firm with the intent of making that firm look better is as honourable as a child telling you he definitely did more homework than his brother this week. But I’m also prepared to think that there are some truths behind it.

Quite a lot of new cars have too much stuff going on inside them. Now that most manufacturers are pretty good at screwing cars together and making them comfy, technology features are a premium selling point, so they feel obliged. Connectivity is still very much an industry buzzword.

I get the intent: a nice car must have nice things. And I sense that there’s sometimes resistance among industry commentators to not sound like Luddites when presented a swanky new infotainment system that can massage your back and play whale song if told you’re stressed.

But the problem with heavily loading a car with features is that, premium or not, there’s only so much you can ever do while driving it, and this stuff all needs controlling.

We can spare in-car technology our ears and mouths often but a hand only now and again and our eyes very briefly. We’re preoccupied with the actual act of driving – something that touchscreen menu designers would do well to remember.

There are baffling arrays of menus and sub-menus on many touchscreens. This doesn’t make a driving experience better or more premium. Scrolling through them to try to find the right settings doesn’t make a car more relaxing but less so. 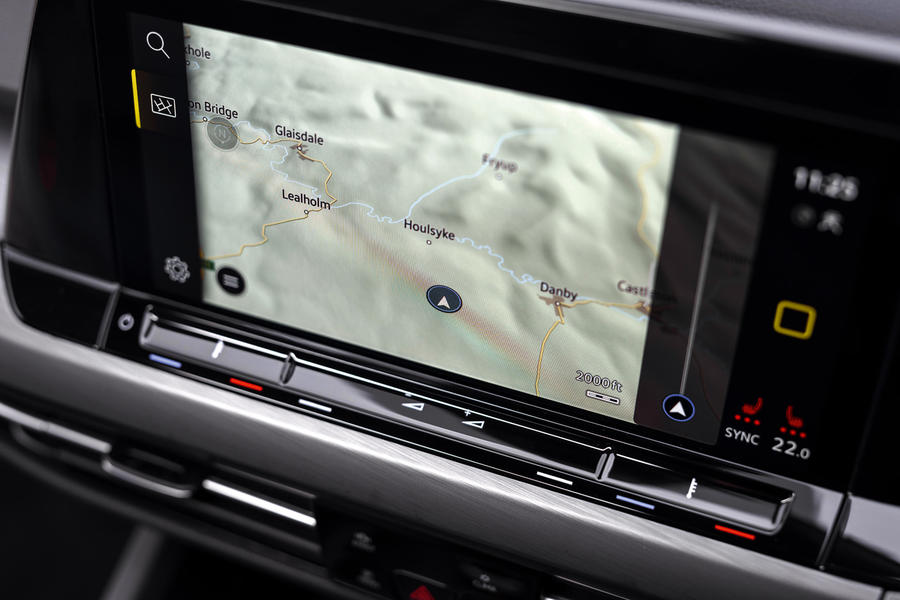 Even setting the right temperature can be difficult. Volkswagen Group brands particularly seem determined to make it so. The Volkswagen Golf’s unlit climate controls are infuriating.

The uncomfortable truth for car makers trying to wow us with multiple levels of technology is that almost all of us routinely use a device that has a great user interface and all the connectivity we will ever need dozens of times each day.

Mirror a smartphone on a car’s screen and you get immediate access to sat-nav, audio and communication, with easier-to-navigate menus, all of your contacts and locations and a voice control system that actually understands what you’re asking it.

And while I will accept it’s true, as a few engineers have told me, that mirroring a phone screen but bigger looks uglier than a bespoke system, I can live with that. Because my primary job is to look at the road.

artill@, no, you choose your engine size, fuel option, but, all the possible options inside the Car are there, then whether you go for SE,SPORT, M' sport etc, you can activate other options already built in on a monthly basis, I'm not sure if BMW went ahead with this business model, but it was mentioned.

I think it was BMW who where suggesting building a Car with all the tech installed, but, for a monthly fee, you could activate what tech you wanted to try or use, would this be good?

Peter, i believe you are correct, buti must admit i dont understand it. They get to build the most expensive models, but only a few people pay for the stuff fitted.

And does that mean they all get built as a 6 pot but only run on 3 unless you pay to activate the other 3 cylinders? Will they all be built with a 10 inch tablet yet only 5 inches actually work, unless you pay every month. How do you turn HID lamps into LED, or laser lights?

And i think most of us would not pay more to turn on the new safety systems that they would have to build into each and every one.

Would they all be built with the uprated hifi, but if you dont pay they turn off the tweeters and sub?

Most modern cars now have technology which makes them safer to drive with convenience and assistance. What concerns me is that when picking up a new/used car, the salesperson is more concerned with selling you finance or getting your money off you. Little regard is given to explaining all the technology and how to operate touch screens etc. There is now a trend to buy your next car from your sofa(look at the adverts) with your car delivered in a big shiny van. The delivery driver is just that and is not trained to describe all the various controls.

Would it be best to ensure that before you drive  your next potentially lethal weapon that you are given full guidance on all the controls and features.

I would be concerned if the pilot on my next flight was flying with the handbook on his lap.