BACK TO ALL OPINION BLOGS
Currently reading: Why names are more memorable than numbers for cars
UP NEXT
Matt Prior: Where have all the practical fast cars gone?

Why names are more memorable than numbers for cars

New research reveals we can more easily recall a car if it has a name - so why do manufacturers insist on still using numbers?
Open gallery
Close

Apart from “Three”, the name of the third child born to a dysfunctional family appearing in the Netflix series Ozark, I don’t recall any people having numbers as names, other than as an appendage for kings, queens and American parents who inexplicably give their children exactly the same names as themselves. I had a childhood friend officially known as Edgar Ansell Vincent Malay III (you can guess his dad’s name) who was more conveniently known as Buddy.

Names that are words are simply more memorable, because they have colour, often have meaning and sound more human. The same seems to apply to cars, too, as one recent research study suggested that a car’s name can be almost twice as easily recalled if it’s a word rather than a number. The research was carried out using the most popular models within three broad vehicle segments, namely SUVs, small cars and family cars, the respondents asked to identify a car as it passed them by.

The most recognized SUV was the Range Rover Evoque with a 47% recognition rate, while the Volvo XC90 and BMW X2 scored 32% apiece. Among smaller cars the Ford Fiesta was recognized by 50% of the respondents, while the Citroen C1 and BMW 1 Series managed 25% and 32% respectively. The Mazda 3 (21%) and Volkswagen Golf (47%) bookended the family car group. 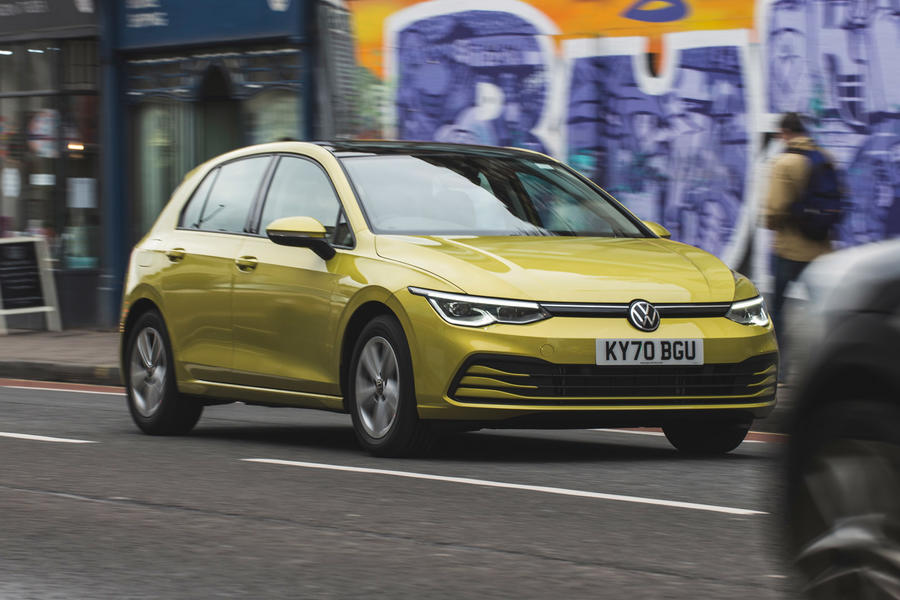 Of course, the research is a little crude in that it will also be testing the recognisability of a car’s design as well as its name, not to mention how often you might encounter an example on the street. You’re a lot more likely to see a best-selling Ford Fiesta than you are a Citroen C1.

For this reason the researchers also tested the memorability of names within a model range composed of cars identified by both words and digits. Not easy to do, because most manufacturers tend to stick with one naming system or the other. But a rare exception is Ferrari. And the results here broadly bear out the theory that words cling to grey matter longer than numbers.

The Enzo achieved a 22% recognition rate, the California 13% and LaFerrari 12%, while among numerically numbered Ferraris the results were nine% for the 812, seven% for the 488 and 6% for the F8.

Names, then, are more memorable than numbers, as intuition might well tell you. But while numbers are logical, sterile and unromantic identifiers they are also neutral, (unless accorded cultural significance such as 13, say) and make it easier to imply hierarchy, as with the BMW’s 1 through 8 Series.

Words that are names can cause linguistic trouble (Hyundai Getz Cross) and are fiendishly difficult to register, the vast majority of good ones long gone. Which is why we Getz made up names. And names can also have you thinking the wrong way about a brand (in the minds of marketing types, at least), Sharan not really doing it for VW like Scirocco did.

The more serious point made by the researchers, however, is that giving a car a less memorable numerical name risks losing that model sales, simply because it’s less likely to spring to a shopper’s mind.

The same may well apply to Mercedes’ extensive collection of letter bundlings, but it’s hard to see Daimler and their immediate rivals abandoning their mechanically hierarchical, magnolia nomenclatures. Nor Porsche giving up Porsche 911, with these digits perhaps the most resonant set of numbers in car world, and never mind that they’re what you dial for the emergency services in the US.

The name game: how big brands name their new models

Log in or register to post comments
si73 11 March 2021
I'm not convinced numbers or names are memorable, it's the car, if it's a memorable car then whatever its name, it will be memorable, the 205 is legendary and perfectly memorable, as to is the Golf.
abkq 10 March 2021

Numbers in cars are no more difficult to remember than for example opus/catalogue numbers in a composer's work. K55 pinpoints exactly which of Mozart's 40+ symphonies you are referring to.

The problem is when the same number refers to different generations of the same model. 911 but which generation? Then you have to go all nerdy and say 993, 996 etc.

Then again names don't change from one genration to the next. The labelling at the back says Golf rather than Golf 7, Golf 8 etc.

Names can be forgettable too. I think VW groups recent names are very forgettable- Kamiq, Kodiaq, Karoq, Arona, Ateca, Taycan, Macan, Cayman, Cayenne....and number can be memorable if theres a system. Ferrari used to have 308, 412, 512 relating to number of cylinders, then for some reason their numbering became quite random and forgettable. I could'nt tell you any of ferraris current numbered cars, but maybe at that price level perhaps being forgettable doesn't affect sales...!