BACK TO ALL OPINION BLOGS
Currently reading: Steve Cropley: Mitsubishi's L200 is Barbarian in name, not nature
UP NEXT
Inside the industry: Why Dacia's formula is a winning one

Steve Cropley: Mitsubishi's L200 is Barbarian in name, not nature

A third lockdown allows our man to savour the pick up, which has surprising sophistication
Open gallery
Close

In this week's automotive adventures, Steve reflects on the surprisingly polished nature of Mitsubishi's latest beast and visited his new Lotus M100.

Reprieved! Instead of needing to return my latest test wheels, a Mitsubishi L200 Barbarian X pick-up, I’ll be keeping it a while longer, because Boris has given us Lockdown III and, as a result, the Mitsu people are happy to leave their big beast with me. It will be especially useful if we strike snowdrifts on forthcoming village-to-town supermarket forays or need to bring home an especially large haul of tinned tomato soup.

The UK has had a tax-driven love affair with four-cab pick-ups for years, but this L200 teaches me not to discount the driving enjoyment they also bring. It makes a fascinating mix of crudeness and sophistication: cumbersome 5.3-metre length but accurate steering; rough 2.2-litre diesel but silken torque delivery through a relaxing six-speed auto gearbox; well-equipped cab but enough hard plastic to reassure you about longevity; and busy primary ride but decent long-wheelbase stability. Plus, the enduring benefit of most body-on-frame machines: low road noise. Shame I won’t be doing more driving.

Of course, if we decide that the Barbarian is too big for the supermarket car park (haven’t tried it yet), we will still have on the home fleet the Suzuki Ignis Hybrid 4x4 SZ5, which is also staying for the duration. This car is closer than any recent arrival to fulfilling the singular next-car requirements of the Steering Committee (thus replacing her trusty, 85,000-mile Fiat 500 TwinAir), because it fits any space, has an amazing cabin package, sports a gearchange worthy of our Mazda MX-5, looks satisfyingly funky and refuses absolutely to deliver less than 55mpg. Automotively, we’re in clover.

Visited my new Lotus M100, professionally stored near home, to take pictures; it’s soon to appear in the Our Cars section of our sister organ Classic & Sports Car and I didn’t have any decent images. I’ve never had a decent garage (a big problem with our barn is something a neighbour jokingly labels ‘condescension’), so it’s comforting at this time of the year to know that your pristine classic car is living in bone-dry, well-ventilated conditions, with its battery connected to a trickle-charger. I’m paying £100 per month, which even for a £10,000 car seems a good investment.

I did some research before choosing my storage firm and discovered that secure car slots are a bit like hotel rooms: some people prefer economy, others like to pay £400 a month to store their Ferrari Daytonas in places with oil paintings on the walls. For me, it’s a case of Travelodge versus Ritz: the prices are very different, but both provide you with decent accommodation.

It’s funny how quickly one forgets the names of ‘retiring’ Formula 1 teams. While shooting the breeze with friends via Zoom on the prospects of the new Aston Martin F1 project, I found the team’s previous handles of Racing Point and Force India were already slipping my mind, and the Spyker and Midland names that it wore before them had gone already. 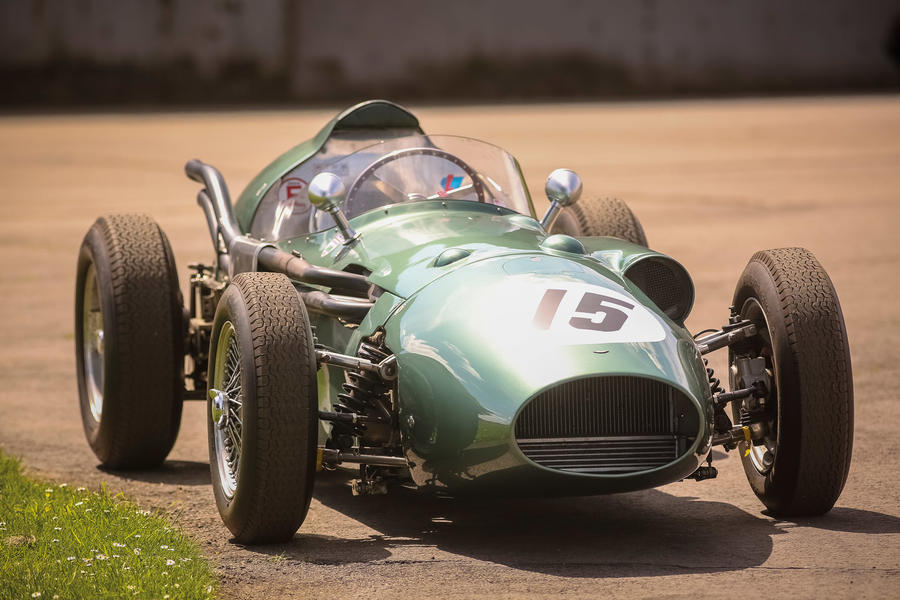 As you might know, the Silverstone-based team had its beginnings five iterations ago as Jordan, which entered 250 races from 1991 and gave Michael Schumacher his first F1 start. And let it never be forgotten that in a first, much earlier F1 foray (1959-1960, six races, no points), Aston Martin signed Jim Clark and would have started him in his first grand prix had the car been ready. He went to Lotus instead and never left. But it’s fascinating that a team we regard as brand new for 2021 already has in its backstory the debuts of two of the greatest drivers who ever lived.

Redoubtable SMMT boss Mike Hawes has just told us that whereas the UK has 2GWh of battery-making capacity (at Nissan Sunderland) today, it will need 30GWh by the late 2020s to avoid punitive tariffs on electrified models already planned and some 120GWh for the 2.5 million EVs it would like to make beyond 2030. Tall order.