Aston Martin's path to Formula 1 was officially secured on 30 March under new shareholder investment, including from a consortium lead by new executive chairman Lawrence Stroll.

The 2021 F1 season will see Aston return to the grid as a works F1 team operating from the team's base in Silverstone. The move is effectively a rebrand of Stroll's existing Racing Point team.

Aston Martin Lagonda approved a £536 million fundraising round on Monday, underpinned by an injection of £260m of new capital from Yew Tree Consortium - a group of investors led by Stroll.

The current Racing Point team today released a statement detailing the importance of a Formula 1 to the Aston brand.

"There is no better way to build the Aston Martin brand globally, and to engage with its customer base, than to have a successful works team in Formula 1. The sport demands excellence in design and engineering, and relentless innovation, much of which will be shared with the engineering and development teams at Gaydon and will progressively be incorporated into the future generations of cars, particularly the planned range of mid-engine cars."

The statement confirms work has begun "to lay the foundations for the success of the team, the development of the cars and the building of the brand globally". This is despite the whole sport coming to a halt during the coronavirus pandemic, allowing a number of teams to join the effort to develop and build hospital ventilators.

Racing Point released a Q&A with Lawrence Stroll discussing the Aston deal and its future in F1. 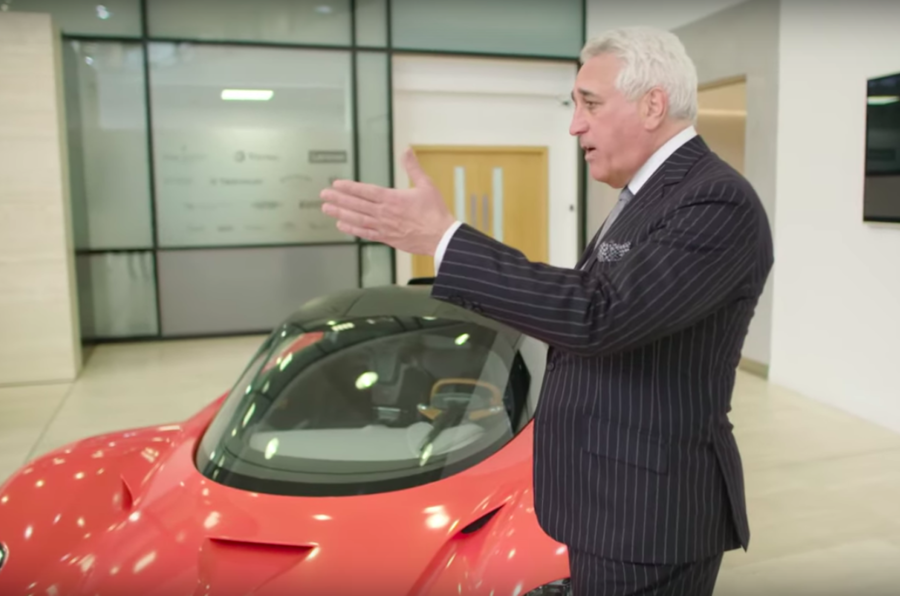 Events have developed quickly over the last few months, but you must be delighted to have officially completed the process.

“The process of investing in this wonderful car brand has required all of my attention and energy for a number of months. There were certainly some sleepless nights. At the same time, it has been one of the most exciting deals in which I’ve ever been involved. Cars are my passion, a huge part of my life, and Aston Martin has always had a special place in my heart.

"To stand here today and announce that the agreement is finalised is a huge privilege and one of the proudest moments of my career. With all the paperwork completed, I can focus my attention on implementing the strategy to make this fantastic brand even more successful in the years ahead.”

Formula 1 is an important part of the strategy and you have confirmed the Racing Point team will be known as Aston Martin F1 Team from 2021.

“A brand with the pedigree and history of Aston Martin needs to be competing at the highest level of motorsport. I think it’s the most exciting thing that’s happened in recent memory in Formula 1 and it’s incredibly exciting for all stakeholders in the sport, especially the fans. I can’t think of a better name for a Formula 1 team. 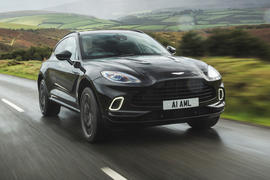 "Our investment strategy places Formula 1 as a central pillar of the global marketing strategy, and it makes perfect sense to rebrand Racing Point for this purpose. Aston Martin has been competing very successfully in various classes of motorsport throughout its history, but we now have an opportunity to create a works team in Formula 1. The global spotlight of Formula 1 is second to none and we will leverage this reach to showcase the Aston Martin brand in our key markets.”

You’re also keen to leverage the technology of F1 competition for the Aston Martin road cars.

“This is another important part of the strategy. Not only does Formula 1 help elevate the brand, it opens up the opportunity for technology cross-over. I’m incredibly excited to see what technology can filter down from the racing programme into the road cars. This will be particularly relevant for the mid-engine road cars that will be launched in the future. There will be a genuine collaboration to ensure that our road cars share the DNA of our success on the track as well.”

What is likely to change at Silverstone over the coming 12 months?

“The group of men and women at Silverstone are true racers and their determination and spirit is one of the main reasons I invested in the Formula 1 team. After 30 years, they deserve this opportunity to represent this legendary brand. We are continuing to invest in the team to give everybody the resources required and we will see the benefit of those efforts this year as Racing Point.

"With the Aston name comes more pressure and expectation. We will need to be competitive from the outset. But I have no doubt the team at Silverstone will rise to the challenge and do the Aston Martin name proud.”

The coronavirus pandemic presents difficult times for the whole world. How is this impacting on plans for 2021?

“I don’t think there is any area of life or business that hasn’t been touched by this devastating pandemic and the racing community is certainly adapting as best it can. Of course, as racers, we are all very frustrated not to be competing, but we all understand the bigger picture in this global fight and so we stay at home.

"The team is also supporting Project Pitlane to help accelerate the production of ventilators. In the meantime, we can rely on video conferences to keep our plans for 2020 and 2021 moving forward. I am committed to Formula 1 with a long-term vision and this is just a temporary pause in the journey.”

AMs problem with their current range is that they have tried to spin off too many similar products to increase volume. Porsche have shown the way with their SUVs. AM now needs to, after releasing the DBX, reduce the rest of the range to create clear air between their products. As with other manufacturers, there will be plenty of money to be made by releasing limited edition versions of these models. Ferruccio Lamborghini had the good sense to know that F1 is a money pit.

Stroll in the park

We all have nothing to do so let's play this game. What happened to these companies after an individual took over?

Yup, each had their moment of glory as Owner-of-moment before selling on to a larger parent. Many lost nearly everything and despite Autocar's rosy welcome to Stroll, Aston idoes not have sufficient working capital based on European Securities and Markets Authority rules because coronavirus created "increased and unquantifiable uncertainty".

The sad result is that in addition to Stroll's shoveling in of cash mean they also need to access an additional $100 million of delayed draw notes issued in October 2019. These are super-high interest loan guarantees with an eye-watering 12 percent interest rate.

Stroll may be buying Aston cheap but the debt it's going to carry will ensure he can be nothing more than a caretaker before Mercedes(?) or another manufacturer picks it up for peanuts.

Negative comments from most

Stroll is clearly a very successful man, why do some, with zero evidence or knowledge of what is planned, then pan him before its had a chance to play out? CV19 will affect most companies in the whole world, so why single out Aston Martin?

Some people suck the optimism out of life. Aston is clearly underperforming, but it has huge potential.

I'd imagine the F1 team naming will be quite cheap, and commercial sponsorship will continue for the F1 team.

And yes, we know the current designs aren't as nice as the old, and that they should sack the designer. Broken record like BMW engines.

Some people suck the optimism out of life. Aston is clearly underperforming, but it has huge potential.

Yes, Aston is under performing.   Glad you figured that out.   Now why?   Take your time...

And does it have huge potential?   Only if it decides that the current path is a dead end and changes direction.

That's the difference between you and I.   I'm identifying where they're failing and offering a clear solution to unleashing their potential.