BACK TO ALL OPINION BLOGS
Currently reading: Matt Prior: Supercars and watches aren't too different
UP NEXT
Matt Prior: Bring back the beach buggy

Matt Prior: Supercars and watches aren't too different

I’m not sure that too many parties have come out well from last week’s launch of the MoonSwatch, the Swatch/Omega mash-up that looks like the Omega watch that Apollo astronauts used to wear but costs a more Swatch-like £207.

The new range of watches – and very nice they look, too – aren’t a limited edition, but early examples were limited in number, and for the few that Swatch sent to selected shops, it anticipated high demand. Although apparently not quite such high demand.

Queues started outside the shops the night before the Saturday morning release and in London on the day grew into crowds so large and unruly that they necessitated police presence and shops being shut for the day. Some of the few watches that made it out are now being resold at big premiums. Daft, really. “It is not a time-limited edition and will soon be available again,” says Swatch.

You could put the blame solely on people who thought it would be a good idea to swamp these stores: the worst kind of Black Friday consumerism at work. But the hype was deliberately created by Swatch’s marketing, and you would think it could have anticipated something like this happening.

By not allowing online ordering (you still can’t order a MoonSwatch over the web, although it’s reported that you will be able to soon) and by sending out only a limited amount of watches, it clearly wanted to create a hubbub. Just not quite the one it got.

I live near Bicester Village, where they anticipate queues like this, most notably in the run-up to Christmas, and rope off areas outside shops. So you can stand outside in winter and dream of being allowed inside to part with money you’ve worked hard to earn. 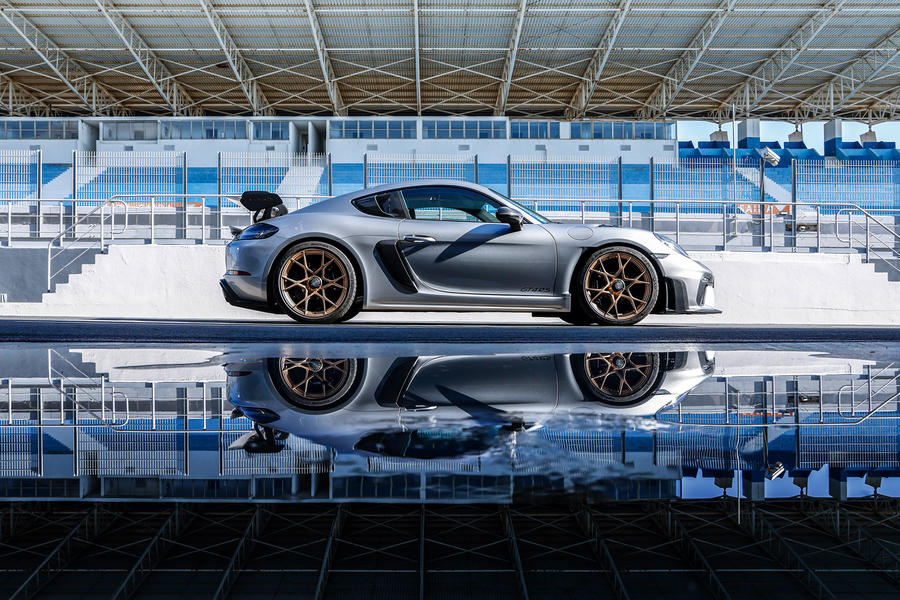 I mention this because there are parallels to the car world – only you don’t see people queuing to buy the Porsche Cayman GT4 RS, because it’s £108k. But the lines exist; the hype and the demand and the flipping (buying then reselling for a profit) is all real.

There are horrible bits of capitalism and consumerism, and people and projects and products that trade on all of them.

Some car makers get the approach ‘right’ and some get it wrong. Buyers of limited-edition Ferraris seem very happy about things. Those who buy a lot of Porsches but still find themselves left off a list are generally less so.

Either way, I find it cringeworthy. I prefer my consumerism to be a bit more straightforward and transparent.

I work long hours to earn my money and would therefore prefer to give it to companies that are grateful to have it. The idea of being forced to wait to hand over my cash or prove that it’s worthy of a corporation receiving it riles me. There are a few words to describe my feelings, and one of them is usually ‘off’.

Meanwhile, I’m happy to work in an industry that makes buying its products as simple as possible. We print as many magazines as you want and we put them in as many shops as we can, and we’re very grateful if you choose to buy one. There are no entry requirements.

Of course, I’m still waiting for the Skoda/Porsche collaboration: a set of Citigo mechanicals that look and behave like a 1973 911 RSR and sell for £11k. You will find me in the tent outside a Skoda dealer the night before.

MarkII 9 April 2022
I get where Matt is coming from and share his annoyance. As a young man, thirty-four years ago, I bought myself a Rolex because as an engineer I admired the craftsmanship and I admired their pursuit of excellence.
At that time, anyone with the means, could walk into a Rolex AD and buy whatever model they could afford.
Now in my mid-fifties, if I want a Submariner or Daytona, an AD would expect me to demean myself, sucking up like some lapdog for years - something I'm not prepared to do.
Sadly, I find my favourite car brand has become the same - happy to take my money for a 'run of the mill' 911 (if there is such a thing) but wanting me to buy a raft of them before I'm 'worthy' of buying a GT model. Whilst their friends of friends, will happily sell me a lightly used example, for three times the price. It stinks!
eseaton 8 April 2022
No, no.

Watch makers understand that the big money is in analogue and mechanical.

With the glorious exception of Gordon Murray, all car makers are obsessed with recreating early 80s cheap digital watches.