BACK TO ALL OPINION BLOGS
Currently reading: Why less is more when it comes to F1 coverage
UP NEXT
Opinion: Why the Festival of the Unexceptional is an annual highlight

Why less is more when it comes to F1 coverage

It feels as though it were a parallel universe, but there was a time – when unsophisticated aero allowed Formula 1 cars to follow each other closely, and radios were an optional extra in your Ford showroom – when the result of an overseas grand prix could take a few days to reach the UK.

Races rarely received TV airtime before the late 1970s, daily papers tended to pay full attention only when a driver was seriously hurt – or worse – and Monday morning’s sports pages rarely carried more than the sketchiest details about who had won or why. Sometimes there was simply no information at all.

If you were living in the UK, chances are that you had to wait until the specialist weeklies arrived the following Thursday to discover the result of the 1973 Canadian GP. Treacherous conditions had triggered all manner of chaos – and F1’s first attempt to restore control through use of a ‘safety’ car made things worse. Experienced lap scorers lost track of who was where and debate about the final result continued long into the evening, way past UK press deadlines. There are some, indeed, who continue to this day to dispute McLaren driver Peter Revson’s victory…

This was frustrating for a 12-year-old who craved as much information as possible about all forms of racing but, at the same time, the sport’s frequent inaccessibility made it seem somehow special. Everybody knew about football and most kids at school could recite the previous 20 FA Cup winners without pausing for breath, but few knew – or indeed cared – that David Purley was dovetailing a limited F1 programme with a full season of Formula Atlantic in Britain.

To me, such details mattered. A lot.

Over time, obsession morphed into profession and I found myself being paid to photograph and, later, write about the sport that had snared me – a journey that led eventually to the F1 paddock and the irreversible privilege of attending about 300 grands prix. I enjoyed almost every moment, but as the calendar extended gradually from 17 races to 20, I wondered whether F1 was already beginning to spread itself too thinly.

TV coverage was moving away from the mainstream onto a subscription-only model, but if you were sufficiently interested to pay, you were able to watch not only every lap of a race weekend and the principal support events, but also a fair bit of pre-season testing. At the same time, Driver X’s every utterance about Rival Y would be masqueraded on a website as the news story it clearly wasn’t.

From next year, with the commercially driven reinstatement of the Dutch GP and rights holder Liberty’s first all-new fixture in Vietnam, the F1 calendar peaks at 22 races. Something that was once borderline anonymous is now almost inescapable. Smartphones can be programmed to buzz whenever Ferrari miscues a strategic call (about three times a fortnight, on average) or Sergio Pérez flat-spots a Pirelli.

I’m not saying the old ways were better, because there’s a stack of evidence that implies they weren’t, but saturation coverage has diluted a little of the sport’s bygone mystique. Somewhere, in the endless pursuit of progress, a little balance has been lost. 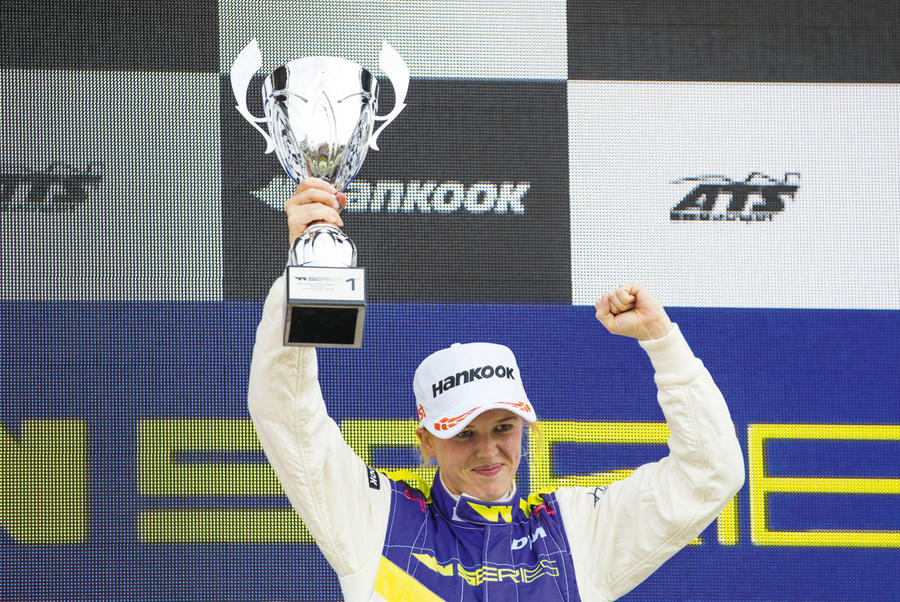 Most of the entry for the women-only W Series has been confirmed for 2020, the top 12 performers from this year’s inaugural campaign having accepted the offer to race again alongside eight fresh recruits. The concept received mixed reviews when first announced, largely because motor racing – like equestrian sports – notionally permits men and women to compete on equal terms. Currently, however, the gender imbalance underlines that the present model doesn’t work as it should (notwithstanding Flick Haigh’s joint capture of the 2018 British GT Championship, or Amy Ruman’s two recent titles in the US-based Trans-Am series).

When the first W Series wound down at Brands Hatch, one of the most captivating aspects – apart from a dramatic on-track tussle as Alice Powell wrested the lead from champion Jamie Chadwick – was the paddock demographic. Everywhere you strolled, young girls sought autographs from those competing, or else a selfie. By inspiring a fresh generation of potential future racers, the W Series has already done a power of good.

How about more F1 races but fewer GPs?

I'm old enough to remember when there were at at least four F1 races held each year in this country plus the Grand Prix at Silverstone. Maybe it's time to reintroduce non championship F1 races for new drivers to get behind the wheel. The cars could be homologated versions of last year's machines, with more standard parts and no development work permitted to keep costs down.

The coverage, the races, the oppressive management control.

F1 needs to be eye catching with big personalities.

That's what is killing off F1 and eventually all sport, you can watch it anywhere, anytime, legally and illegally, and more races just dilutes the expectations the excitement to the point that it's a bit Ho hum, you watch the qualifiers and on Sunday you'll watch the start to see if there's any crashes, if not maybe nine ten laps in if it's become processional you turn it off, or are we getting bored with a Pitwall race?. No, we don't need more races, we need better racing, maybe the new cars coming will do that?, we're too connected these days, and anyway more races means more costs for all the teams logistics and all that, how's that going to be covered?