"Just another racer", so says Jamie Chadwick of herself, but the opposite is true: she’s a big talent
Open gallery
Close

If you type the words ‘girls in motorsport’ into a Google image search – probably best you don’t if you’re in public – the vast majority of results are of scantily clad women.

You have to skim past nearly two dozen pictures before you arrive at the first race suit-wearing person. This is bad.

It’s also surprising because, unlike many other sports, motor racing is gender neutral. Neither sex has a natural advantage when driving a racing car. Yet here we are, more than 120 years on from the world’s first motor race, and women are still, by and large, under-represented. 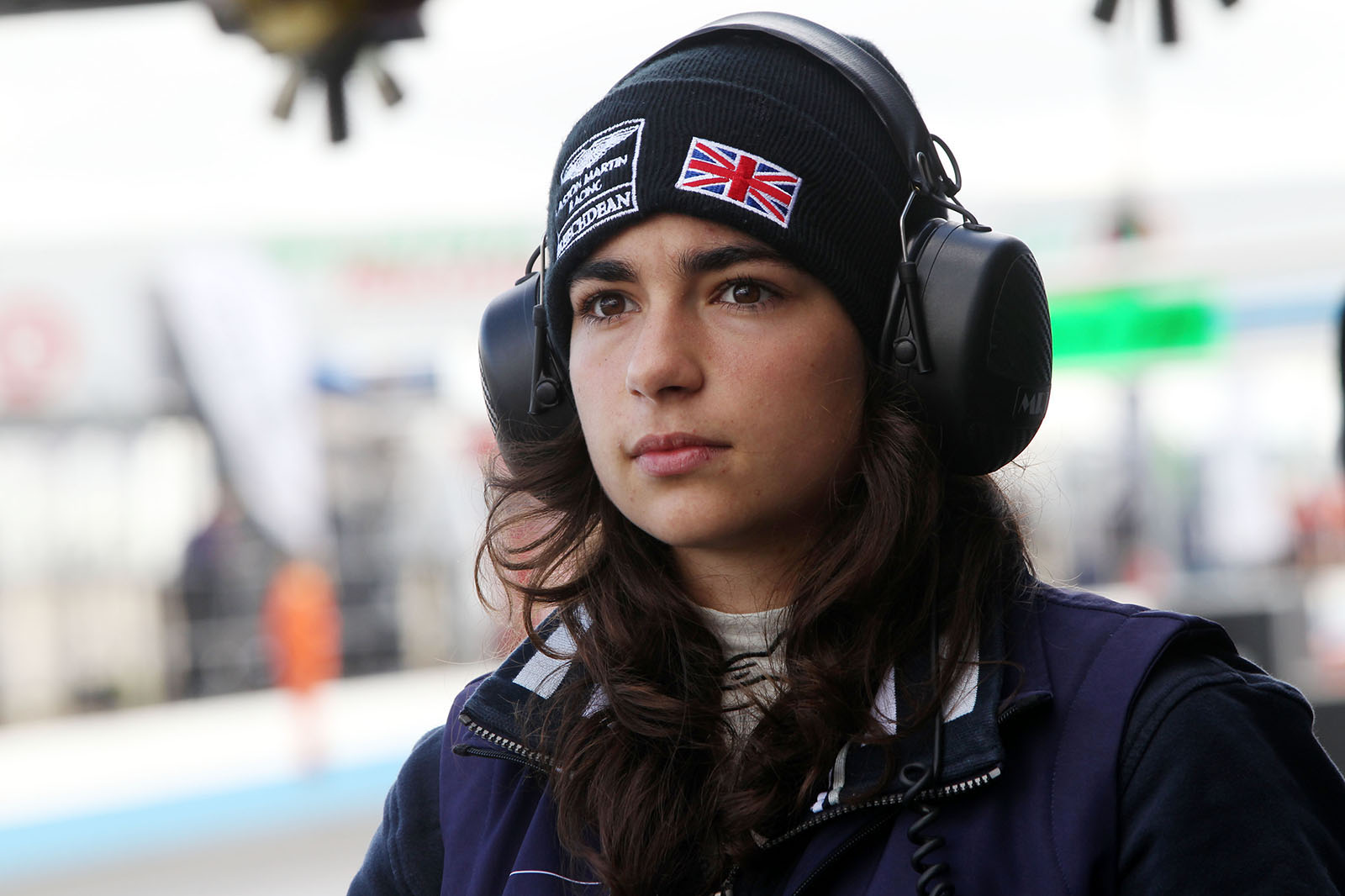 Things are changing quickly, though, and one of the UK’s brightest rising stars, 18-year-old Jamie Chadwick, is a prime example. “Trying to explain to people that I’m a racing driver can be tough,” she says. “But I like to do my talking on the track.”

Chadwick certainly made waves in 2015 when she won the GT4 class of the British GT Championship. Driving an Aston Martin V8 Vantage GT4 alongside Ross Gunn for Beechdean Motorsport, she was the first female to win a British GT title – and the series’ youngest winner, at 17 years of age. Becoming the youngest winner of the Silverstone Dunlop Britcar 24 Hour race in the same year further confirmed her ability.

“I’ve always thought of myself as just another racer,” says Chadwick when asked about her achievements that year. “For me, it’s a nice novelty to have the accolade as the youngest and the first female to win British GT, but I’d be no different if I were a 40-year-old male. It makes no difference to me responsibility-wise or pressure-wise.” 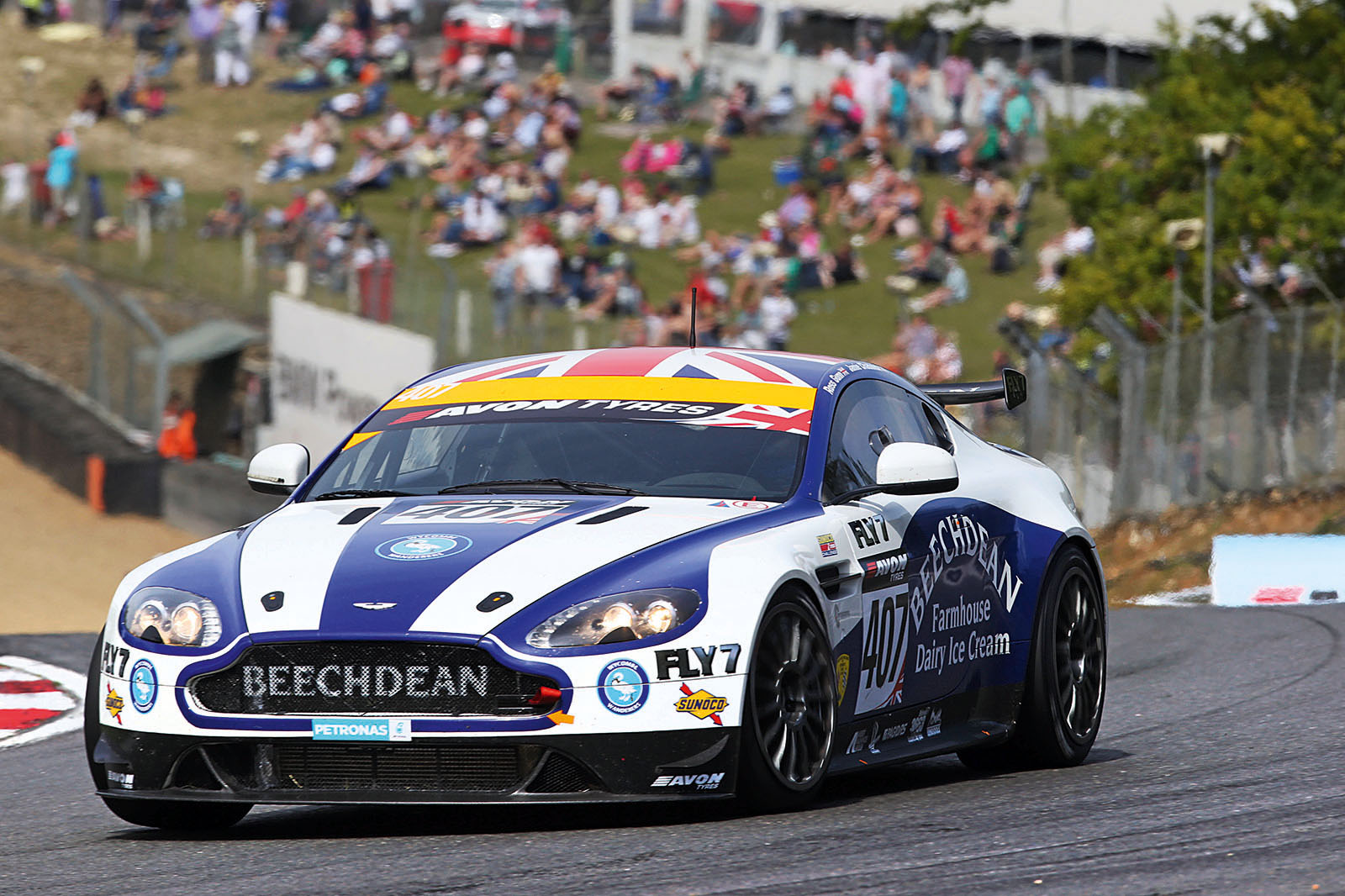 Chadwick’s so far short but enviable career is a sign that things in motorsport are far better than they once were. Her gender has never been a cause of conversation when on track, and she says all of her male competitors see her in the same light as anyone else.

“I’ve not experienced any prejudice against my gender,” she says. “If I’ve done well, I’ve never met any male that’s been disappointed to be beaten by a girl. I’d like to think we’re now in a day and age where gender is no longer an issue.”

One of Chadwick’s biggest idols is Leena Gade, the first female racing engineer to win at the Le Mans 24 Hours. “When Leena won with Audi in 2011 in a role that’s at least as important as mine, it was really inspirational as I was growing up,” she says. Nevertheless, Chadwick concedes that there’s still some way to go before women are fairly represented in the sport’s top classes. She cites the lengthy absence of female drivers on the Formula 1 grid as a key illustration of the problem.

“It’s a numbers game,” she says. “If there’s one girl for every 50 guys out there, inevitably with just 22 places on the grid in F1, it’s going to be a rare sight to see a female there.” 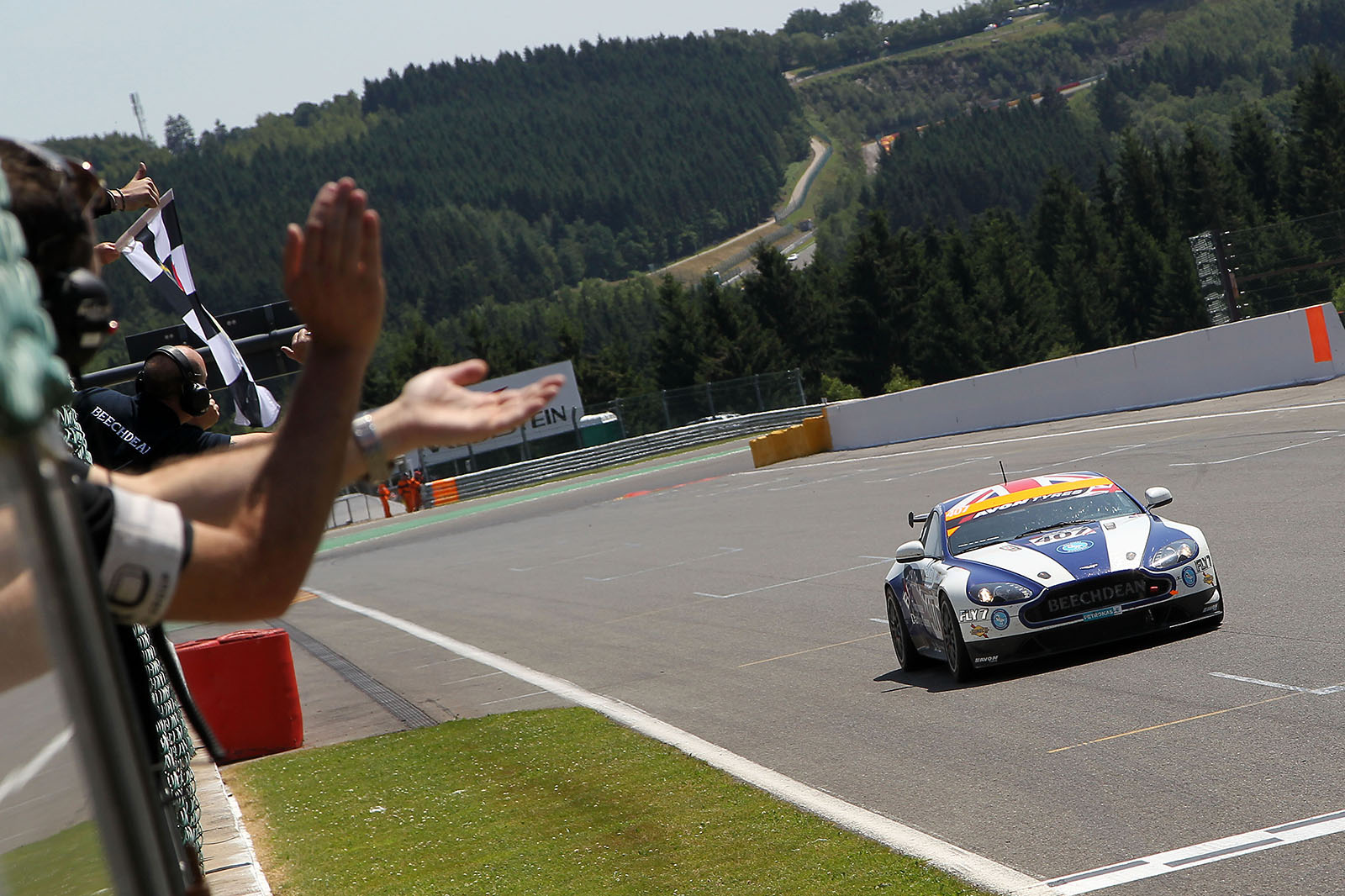 Chadwick might just be the person to fix this, though, because she has her sights set on motorsport’s top formula. “The dream for me has to be F1,” she says. “It’s the pinnacle of motorsport and it’s where every young driver wants to be. But it’s getting tougher and tougher to make the break, and getting through the junior ranks is a real financial strain.”

For this reason, Chadwick explains, F1 can’t be the only target. Her aspirations are to be a world champion, but in which class she can’t yet say. “Whether that’s in sports cars or F1, I don’t know. As long as I keep improving, that’s what matters right now.”

After 12 months out of full-time motorsport to focus on her final year of A-levels, Chadwick is now ready to burst back into racing. Where she goes in 2017 is yet to be confirmed, but her desire to progress is clear. “I’m still really open-minded as to where I go from here,” she says. “I want to develop myself as much as possible as a driver. The GT stuff is great at teaching you a type of race craft that you don’t really learn in single-seaters, but single-seaters are more technically advanced.” 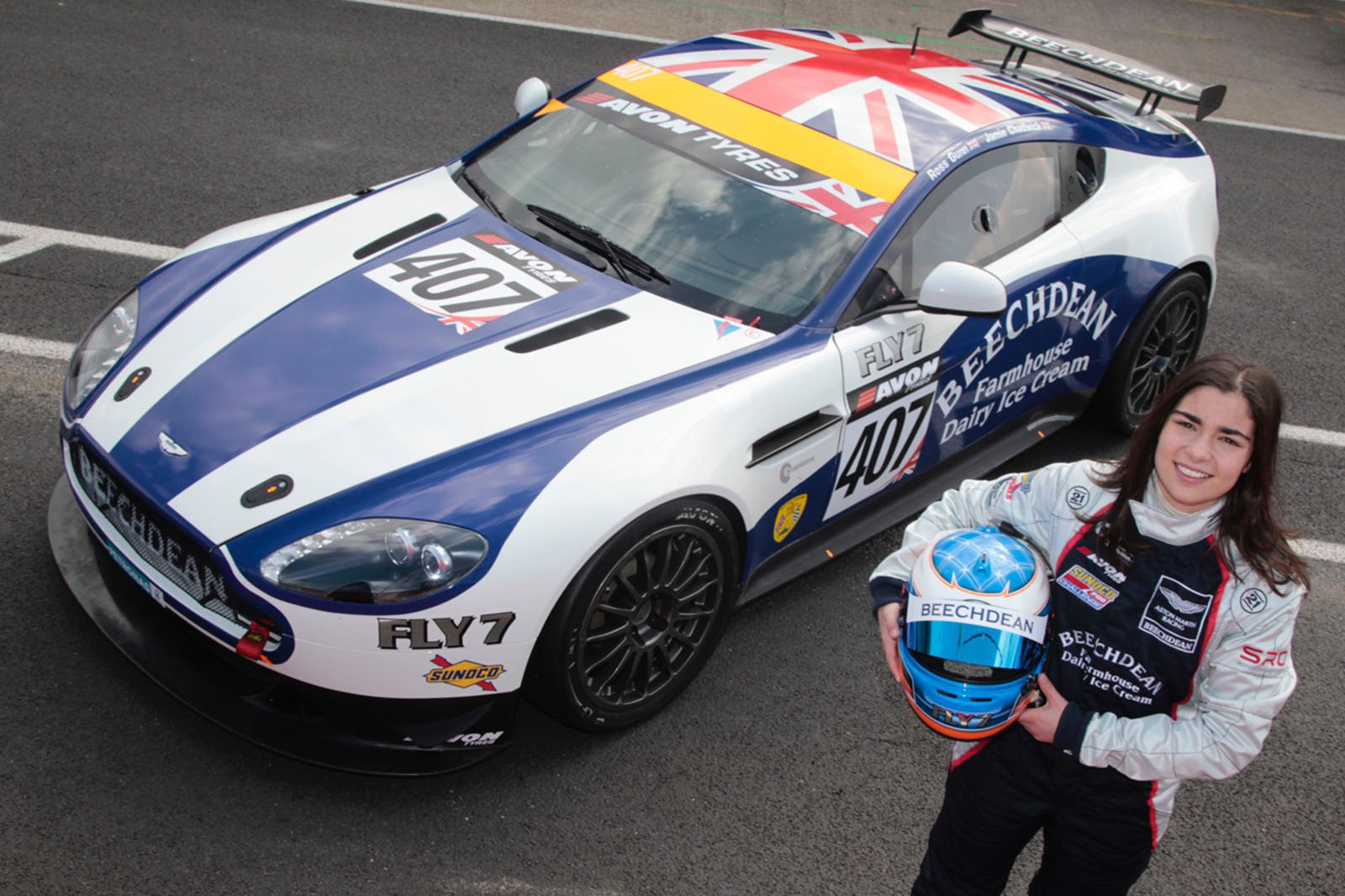 Chadwick has her eye on an F3 drive, but she explains that it would also feel natural to try to pick up where she left off in GT racing. “I race because I love it, and as long as I’m driving, I’m happy,” she says.

Whichever series this teenage racer ends up competing in, one thing is clear: she’s part of a wider movement. A movement that proves the girls can beat the boys and, perhaps just as significant, one that shows Google’s image search algorithm might not be very accurate any more.

She is a very Talented young driver, very Lucky too, because not many people get to drive an Aston Martin let alone someone who's only 17 as that is what age she was when she won the British GT Title in an Aston Martin Vantage GT4. Very Impressive indeed. Proof that Women belong in Motor racing just as much as Men.
Symanski 19 February 2017

I was at the BTCC event at Knockhill and one of the support races was F4 with Alexandra Mohnhaupt, a female Mexican driver. I've long held the opinion once the helmet is on you can't tell which gender it is that's driving. I want to see female races do well; I really do. However, within a few laps she was getting lapped. She was that slow. She was new to the series, so I often wonder how she did in subsequent races? I look forward to the day when a female is in F1, and I have no doubt F1 is desperate to have one too.
metanoid android 19 February 2017

Tried this for myself - results were all safe for public

I don't suggest you try this but the results I got for this on only included nine 'hotties' and only one was what you describe as scantily clad - out of the first 32 results. Two of the results included logos for the "Blair Project" and "FG"on the formula girl website. For "women in motorsport" it's even better. No gratuitous flesh on show at all throughout hundreds of results! All were women who work in the motorsport industry.
View all comments (5)