Lewis Hamilton is the second most decorated Formula 1 driver in history after clinching his sixth world championship at the United States Grand Prix on Sunday – and his team boss believes he has every chance of adding a record-equalling seventh in 2020.

The 34-year-old finished second to Mercedes AMG F1 team-mate Valtteri Bottas at the Circuit of the Americas in Austin, Texas, which was more than enough to secure his third successive crown and fifth in six seasons with still two more races of the season to run.

The achievement lifts Hamilton clear of Juan Manuel Fangio’s five titles won in seven seasons during the 1950s and leaves the British driver just one short of Michael Schumacher’s record of seven. He is also only eight grand prix victories behind the German’s win record of 91.

“There is a reason why the Schumacher record stands because it is just very difficult,” Mercedes F1 team principal Toto Wolff told the BBC. “If we are able to provide the drivers with a good car and we continue to work on the gaps we still have and try to minimise the mistakes – and he has a good season – there is no reason why he couldn't go for a seventh title.” 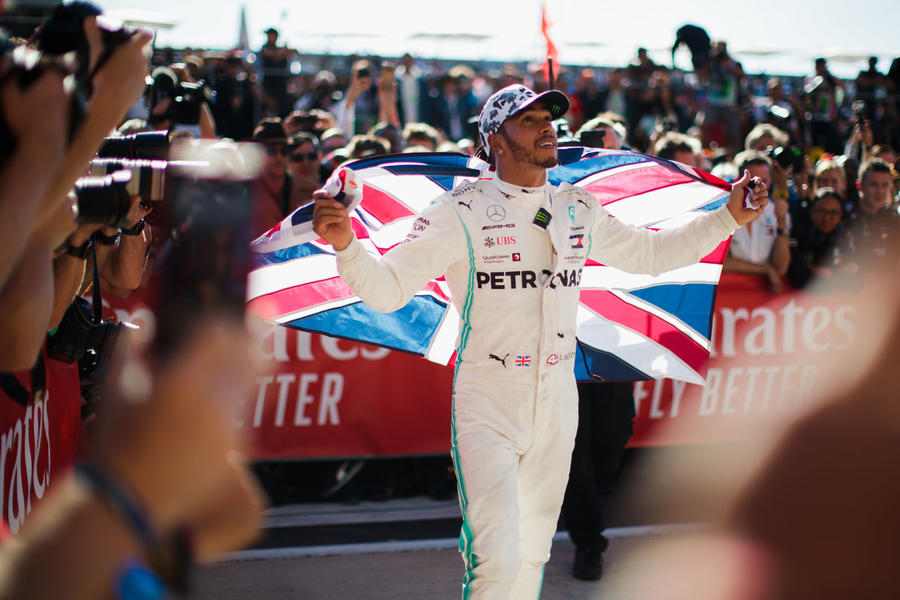 Hamilton only qualified fifth in Austin as Bottas claimed pole position on Saturday. But with only an eighth place required to win the title if Bottas won the race, his sixth championship was never in serious doubt. The Briton passed Charles Leclerc’s Ferrari at Turn 1 after the start, then pulled off an audacious move around the outside of Sebastian Vettel at Turn 8 to rise to third behind Bottas and Max Verstappen’s Red Bull.

A one-stop tyre strategy then gave Hamilton a shot of challenging for victory as Bottas and Verstappen pitted twice. The tactic required Hamilton to run 32 laps on Pirelli’s hard compound, and once Bottas had made his second stop for fresh medium-compound tyres he was always going to be vulnerable to an attack from his is team-mate. But Bottas was only able to make his race-winning pass five laps from the end, as Hamilton nursed his worn rubber.

Even then, he maintained enough pace to remain clear of a closing Verstappen and was aided by a late yellow flag for Kevin Magnussen’s beached Haas, which forced the Dutchman to back off on the main straight and allowed Bottas and Hamilton to secure Mercedes another one-two finish. 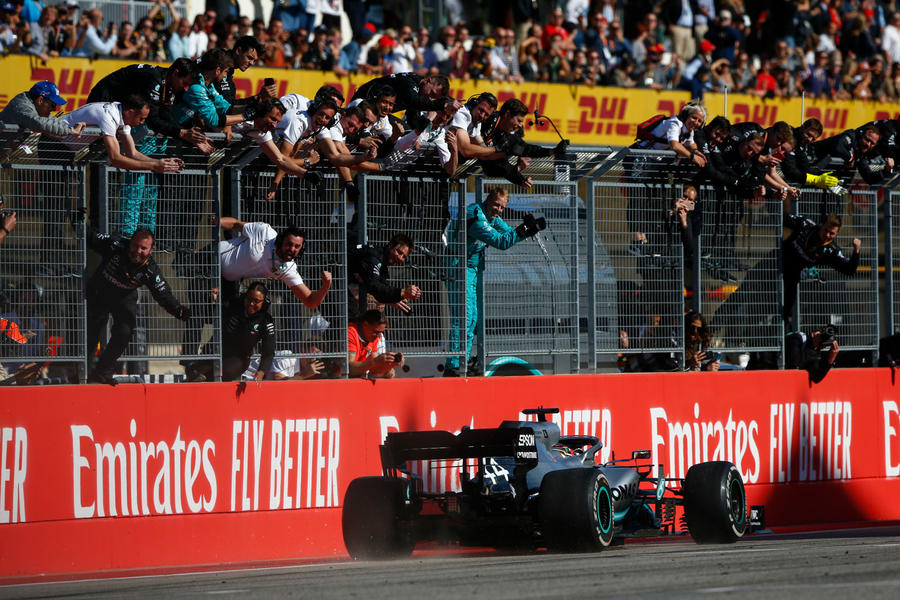 Of the 19 races run so far in the 2019 season, Hamilton has won 10 of them in what has been among his finest in F1. An early run of four consecutive race wins lifted him beyond the challenge of a rejuvenated Bottas, but more impressively he combated Ferrari’s upturn in form after the summer break in August, since when Vettel and Leclerc have generally enjoyed a pace advantage.

Hamilton dedicated his sixth title to Niki Lauda, the three-time world champion who played a vital role in the development of the dominant Mercedes team in this modern hybrid era and who died back in May.

Both team and driver will now turn their attention to shooting for their seventh titles next year, which will be the last of Hamilton’s current contract. But although he has always played down the significance of records, it appears unlikely that he will want to end his incredible run with Mercedes at the end of 2020 when the opportunity is likely to remain to not only equal Schumacher’s career number but also surpass them, before he steps down from driving.

Formula 1 vs Le Mans: why GP racing is still the pinnacle​

Schumacher's team mates were contractually obliged to let him win. If Hamilton was in the same position he would have even more wins and championships than he has already.

If you were offered a way to pay less Tax, you would , wouldn't you?

I am a huge Lewis fan

But you can read all about the new HMRC advice to UK govt, knighthoods and tax avoidance. It's freely available.

Personally I hope Lewis does get a knighthood. It is richly deserved.