BACK TO ALL OPINION BLOGS
Currently reading: Racing lines: Peter Dumbreck on his 16th N24 outing
UP NEXT
Opinion: The Monza Rally is Rossi's to win if he can find a team

An unusual time for a return to the Nurburgring, but the racing will be just as thrilling
Share
Open gallery
Close
Share story

"You never stop learning the Nürburgring,” says Peter Dumbreck, who heads to the Nordschleife this week for his 16th 24-hour endurance race around the 12.9-mile monster. “The circuit changes. It’s like a living thing, because it’s so long. Every time you think: ‘Was that bump there before?’ They update bits of the Tarmac over the winter and it just gets quicker.”

The 47-year-old Scot heads to the Nürburgring directly from television commentary duties at the 24 Hours of Le Mans for a double-header that’s usually a central pillar of his life each June. This year, the pandemic delayed both endurance classics by three months, but Dumbreck has raced three times on the Nordschleife since July and is nicely warmed for his Falken Motorsports Porsche 911 GT3 R after three years racing a BMW M6. “It’s daunting going to the ’Ring, even in my advancing years,” he admits. “You still have to treat the place with respect.”

LEAVES ON THE LINE

The weather in the Eifel mountains is notoriously unpredictable, even at the height of summer, but Dumbreck says the later running this year could make for quite a spectacle.

“It is potentially going to be the fastest Nürburgring 24 Hours on record,” he says. “For a start, the cars only seem to be getting quicker, plus cooler temperatures mean stronger engines, so they’ll be pulling much better up the hills. Depending on dry weather, we should have a high-grip circuit, which increases as the race goes on. When you’re on rotation, you really notice the difference between your first and second stints.”

What specifically will Dumbreck be looking out for this time that might be different to racing in June – beyond racing for more hours in darkness around the most fearsome race track in the world? “Leaves,” he answers. “That will be a factor. I remember reading a tweet from [another British Nordschleife specialist] Adam Christodoulou last year about how he lost a race from pole position because, as the first driver around the track, he collected all these fallen leaves, which overheated his car. Also, if you’ve got a damp track and wet leaves as well, it’s one more thing to think about.” 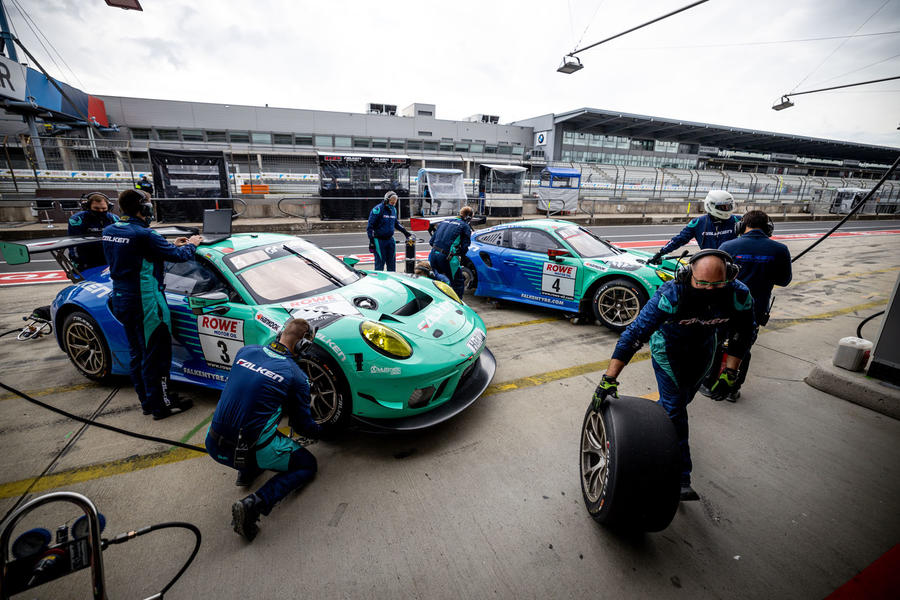 A reduced entry list and, most notably, no fans will make this a Nürburgring 24 Hours with a twist. “It will be strange not to have the usual fanfare,” he says of an event that has grown in stature over the past few decades. “When you go from 250,000 people to almost none (I’m sure a few will sneak in), it’s going to be odd, not having the smell of barbecues. And maybe there will be less track graffiti, too, which can make it awfully slippery, especially if it rains.”

EXPERIENCE COUNTS AT THE ’RING

Dumbreck is one of those respected professionals who never got a shot at Formula 1 but instead has enjoyed a career rich in variety. He has probably had more fun than some of his contemporaries, and for Falken his vast experience is invaluable for a racing programme that’s built around tyre development for the road.

An avid cyclist, Dumbreck remains in top physical nick, but he’s realistically modest about what he offers Falken these days. “I’m well aware that I’m not the quickest driver around the Nürburgring any more, but I do have experience and a good pace,” he says. “In my 15 Nürburgring 24 Hours, I’ve seen pretty much everything, weather-wise. Like the year giant hailstones fell and everyone stopped on-track because no one could get up the hill from the Foxhole. That’s where the experience comes in.

“My first Nürburgring 24 Hours was in 2003 when at the time I was doing DTM with Opel. But by no means am I the most experienced. It would be fascinating to find the driver who has done the most races around there. It would probably be [German veterans] Peter Bonk or Volker Strycek, my old Opel boss. I’d be well down that list.”

Although still best known for surviving a terrifying flip in a Mercedes-Benz CLR at Le Mans in 1999, Dumbreck has chiselled out a fine career. Falken is lucky to have him. 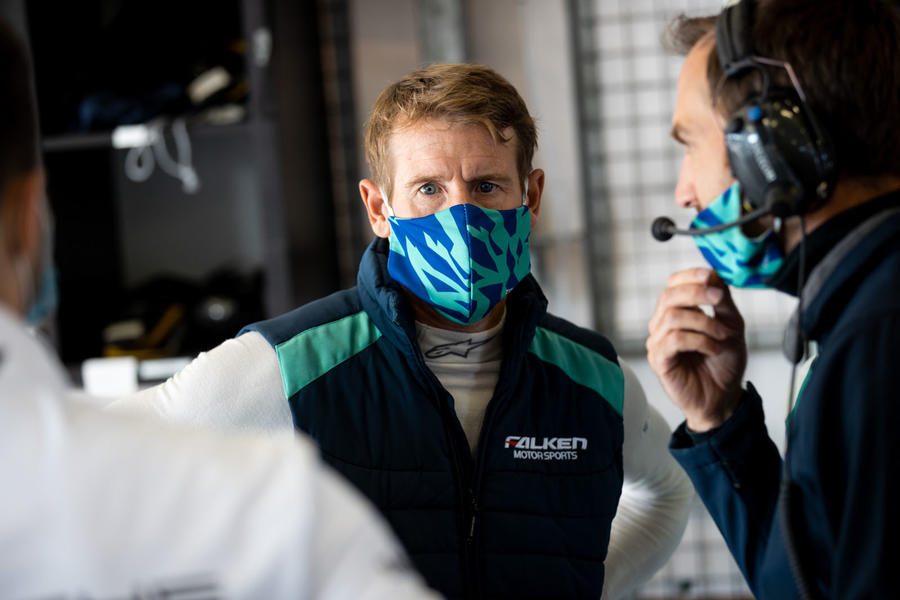 It was always likely that Lawrence Stroll would want to make a bold statement as he ushers Aston Martin back into Formula 1 next year, and luring a four-time champion certainly hits that mark. Sebastian Vettel is a trophy signing for the team currently known as Racing Point – but is he a better pick than the man he will replace?

Sergio Pérez deserved better, not only for his consistently solid points-scoring performances over seven seasons at the Silverstone-based team but also for his efforts in keeping it afloat in recent years.

It was Pérez who triggered a controlled move into administration in 2018 that paved the way for Stroll’s consortium to take over the Force India team from controversial businessman Vijay Mallya. But loyalty? It has no meaning in the brutal world of F1. The 30-year-old Mexican’s dignity and maturity in such a situation, especially when he was just one year into a three-year deal, does him great credit.

Sure, he has never won a grand prix, whereas Vettel has won 53. But based on current form, I know who I would sign. Then again, at still only 33, Vettel has time and the ability for a career revival, and his experience and marketing value to Aston Martin will carry significant weight. But he has also admitted retirement was “close” before he signed.

Would that have been the better decision? Vettel’s intelligence and wider world view would make him a promising sporting director for a team or even F1 as a whole. You could even argue he would make a great future FIA president. But racing drivers are a long time retired. He couldn’t resist one last shot.