BACK TO ALL OPINION BLOGS
Currently reading: Racing lines: F1 teams must trade on results, not history
UP NEXT
Matt Prior: Are posh French cars really hard done by in the UK?

Racing lines: F1 teams must trade on results, not history

A great name isn’t enough to sustain a team with flagging form, as Williams is finding out
Share
Open gallery
Close
Share story

Tyrrell, Lotus and Brabham: illustrious racing names that were once among the bedrock of Formula 1. But sentiment counts for little when form and financial clout go astray. In the space of six years in the 1990s, all three plunged out of grand prix racing. Brabham and Lotus simply ran out of oxygen, while Ken Tyrrell clung on before accepting the inevitable and selling his entry to the brash, ambitious, tobacco-backed British American Racing. Now Williams stands on the precipice, staring into the same abyss.

Such a fate would have once seemed unthinkable for a team that has nine constructors’ and seven drivers’ titles behind it and still only falls short of Ferrari and McLaren in the list of all-time grand prix winners. But just as it was for its defunct old rivals by the end, the odds now seem stacked against the Williams name remaining on the grid beyond the near future.

As recently as 2014 and 2015, Williams was F1’s third-best team, but the return to back-of-the-grid ignominy was hard, fast and painful. The team has looked hopeless these past two seasons, with little obvious sign of from where a revival might be summoned. Prestigious title sponsor Martini, the drinks company that has its own illustrious racing heritage, lost faith at the end of 2018, and emerging mobile phone firm Rokit has just quit after one season. It looks bleak, and now Williams has officially gone public on its plight.

In search of a buyer

“The financial results for 2019 reflect the recent decline in competitiveness of the F1 operation and the consequent reduction in commercial rights income,” said Williams CEO Mike O’Driscoll in an annual report released recently that revealed a £13 million loss for 2019. “After four years of very solid performance during which we claimed two third and two fifth place finishes, we endured a couple of very difficult seasons.” 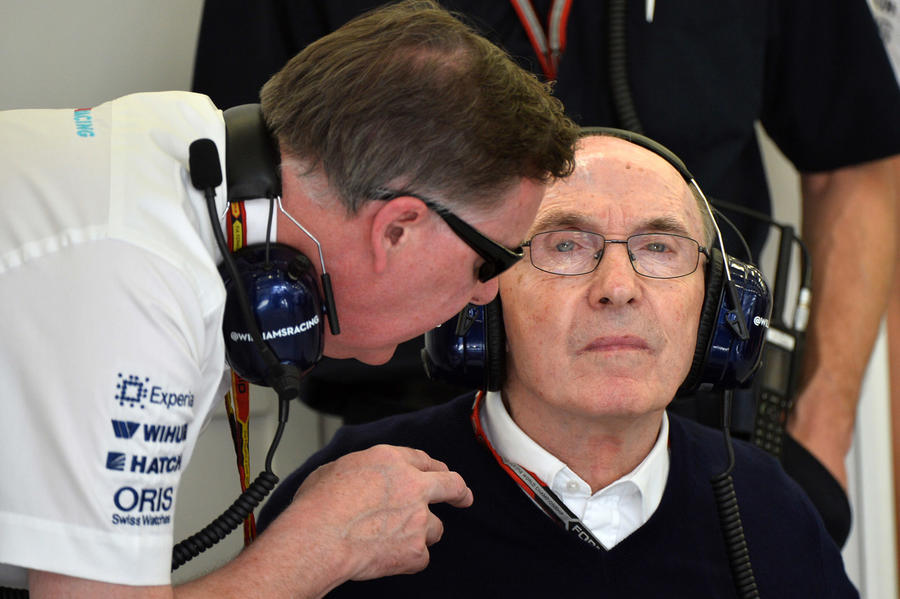 As for Rokit: “Having offered full commitment and met all terms of the partnership agreement, we are tremendously disappointed to see this promising relationship end.”

The statement confirmed that “options being considered include, but are not limited to, raising new capital for the business, a divestment of a minority stake in Williams Grand Prix Holdings or a divestment of a majority stake in WGPH, including a potential sale of the whole company”. As it stands, “preliminary discussions with a small number of parties regarding a potential investment in the company” are its only current lead.

Pride before a fall

To an extent, Williams’ plight is an indictment of F1 for its top-heavy bias towards manufacturer-backed teams from financial, technical and sporting perspectives. But sadly and most of all, the team and its management must shoulder the lion’s share of responsibility. Sir Frank Williams, who founded the team in 1977 after eight long years of toil to establish a foothold in F1, inspired a fierce and proud spirit of independence that served his company well through the 1980s and 1990s. But a lack of compromise has cost Williams dear at times: the partnership with BMW that came close to harvesting more titles was fatally broken in 2005; and more recently, Canadian billionaire Lawrence Stroll offered financial security, only to take both his racing driver son Lance and, more pertinently, his investment to Racing Point, a similarly proud ‘indie’ team that will claim manufacturer status next season as Aston Martin.

Williams could have been Aston Martin; instead, we fear the worst in the context of a world battling a pandemic that seems certain to trigger a crippling economic recession. F1 lost parts of its soul when Tyrrell, Lotus and Brabham bit the dust, and another chunk would disappear with Williams. For the sake of its hard-working staff and all that the team has stood for over the past 43 years, let’s pray for a miracle.

‘It’s only a computer game’? Get real. The pause in real motorsport has pushed the spotlight firmly on to esports these past few months, and whether or not it’s your thing (I’ll admit it’s not for me), virtual racing now matters to an awful lot more people than it did before – including car makers, race promoters and a fair selection of the world’s best-known drivers.

Audi Formula E driver Daniel Abt recently found to his heavy cost how serious the business of esports has become. His bizarre decision to allow a professional sim racer to take his place in a recent official Formula E virtual round has cost him his real-world drive. An overreaction? Not at all. Whether we ‘get it’ or not, it’s still a sport, and Abt cheated in the most blatant manner possible. He had to go.

Esports has been great for others who haven’t treated it so flippantly. George Russell was delighted with the buzz he created from back-to-back victories in official F1 rounds hosted virtually in Spain and Monaco – which was somewhat against real-world form for Williams, of course… Meanwhile, Fernando Alonso offered a timely reminder of his competitive zest to F1 teams who might be considering his services with four consecutive wins in the Legends Trophy series, while his old McLaren team-mate Jenson Button claimed the title.

Alonso and Button will line up again this weekend in what promises to be the zenith of the esports season: a virtual 24 Hours of Le Mans that has clearly caught the imagination. Among the many familiar veterans on the list, current F1 stars Charles Leclerc, Max Verstappen, Lando Norris, Pierre Gasly and Antonio Giovanazzi will also make their Le Mans ‘debuts’, while Aston Martin, Chevrolet, Ferrari, Porsche and Toyota have all entered teams. This one, I must admit, I have to see – even if I can’t help thinking: if only it were for real.

Racing lines: The ultimate lap… around the world

There, the great F1 supporters just don't support, I said only three, well four if you count mine...twice!

I'll make it four, just to

I'll make it four, just to disappoint you, I am an F1 fan but can not always be bothered to post especially if I've nothing to say other than the obvious, which is it'd be a shame to lose Williams.
405line 11 June 2020

What is this about?

A lot of writing about actual teams and then trying to conflate them with some computer game ending. There have been countless teams that have come and gone in F1 over the years like Minardi and the Lambourghini just name a few the team James Hunt won with is no more, FI except Ferarri is a "whack-a-mole" type deal, Renault have been in and out so have BMW, Pesrsonnally I believe that CGI gaming is a certain way to loose support for F1. Not what I expect from a motoring magazine unless you are going to start advertising for EA sports and the rest of it.

What is F1 really?

F1 isn't what it used to be, it's all about the show, what goes on before the race on Sunday, I bet the drivers are fed up being told you have to do this that, press the flesh, talk to people for the sake of corporate business, woo potential investors, all F1 drivers want to do is drive, win, be the best, millions is spent on developing cars that only run on a track, I can't recall any tech that made it into, onto a road car?, and then there's the cost for the punters to go and see an F1 race, F1 certainly isn't a sport for all, and especially in the last ten years or so money has become an issue for most of us, I don't see any reduced tickets for the home GP for instance, you get a good gauge of how interested the UK are by how little attention posters on this site, the odd time there's an article up, it maybe gets two or three posts, so we're going to have races this year, a mini championship, should it count though?, should the media company donate the gate entry to the NHS?, share the prize money evenly among the teams this year?, like I said, F1 isn't want used too be.