BACK TO ALL OPINION BLOGS
Currently reading: Mercedes-AMG Project One hybrid tech due in series model by 2021
UP NEXT
Verstappen wins F1 Emilia Romagna Grand Prix: talking points

Mercedes-AMG boss Tobias Moers has confirmed that the Project One’s hybrid set-up will make it into a series-production car by 2020 or 2021.

While he wouldn’t disclose which model, he described the Project One as a “front-runner” for other models, which gives AMG “a lot of options”. Such a model may not use the turbocharged 1.6-litre V6 petrol engine sourced from Mercedes-AMG’s W08 F1, but it would employ four electric motors in the same set-up. 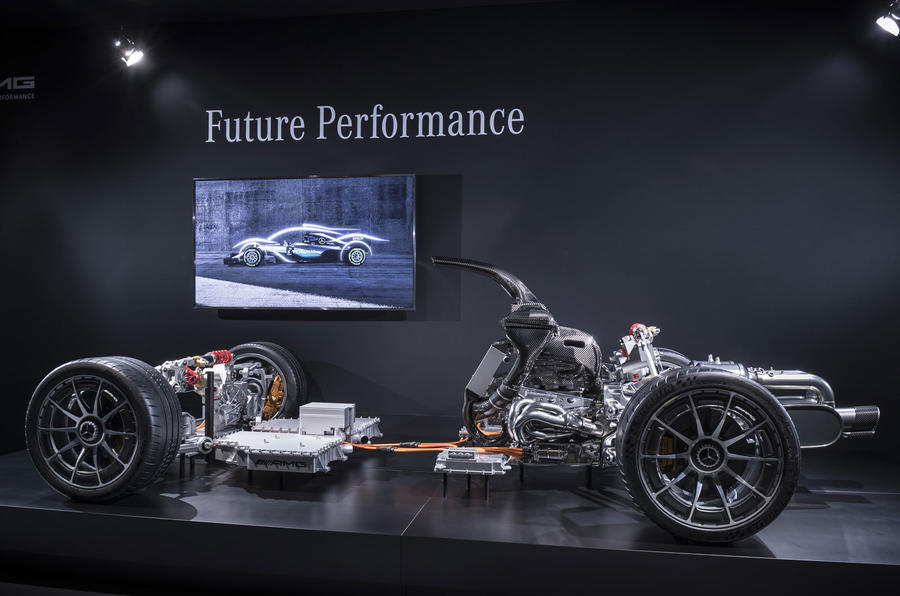 In the Project One, one motor is used to drive the turbocharger. A further, larger motor is integrated directly into the driveshaft at the rear in a layout similar to the MGU-K (motor generator unit kinetic) used in the current generation of F1 cars.

The remaining two motors sit within the front axle, providing drive for the front wheels.

AMG boss Tobias Moers on the challenges of Project One

What a bizarre name

for the world's oldest car company to use.

As long as there is an option

As long as there is an option to delete this crap, there is a possibility I may one day buy another AMG.
BeamMeUpScotty 9 February 2018

Whose rocket-high price will be interesting only for hyper-rich collectors anyway -- IF there would ever be a small series production.

OK, those tech-gimmicks are worth a complete information... but three in a row?!