BACK TO ALL OPINION BLOGS
Currently reading: Can motor shows survive Geneva's cancellation?
UP NEXT
Could used be better than new for KTM’s freak four-wheeler?

So the Geneva show is off for 2021, and perhaps forever more. The show organisers, still coming to financial terms with the cancelling of the 2020 show in March, have already called off next year’s event, given the lukewarm response they had from potential exhibitors to the prospect of a 2021 edition.

And with the organisers now trying to sell the show to the Palexpo venue in which it is held, it’s very hard to see the stars aligning to allow it to make a comeback in a recognisable form in 2022, either.

Budgets will have been written without Geneva in it from car makers exhibiting there, and given most European motor shows have more sitting in the ‘out’ column than the ‘in’, the prospect of forking out the millions needed to display again at a time when belts will still need to be tightened as a result of the pandemic will not be an appealing one.

Cost-wise, it’s not as simple as building a stand: it’s the staffing of that stand for two weeks or more, and all the hotel, travel and subsistence costs that come with that, as well as all the literature to hand out and the cost of transporting said stand and vehicles to populate it.

And displaying at a motor show is always a hard thing to put a return on investment on, given they’re largely a PR and marketing exercise outside of ‘selling’ shows in China and the US, where car buyers do still tend to buy rather than browse. 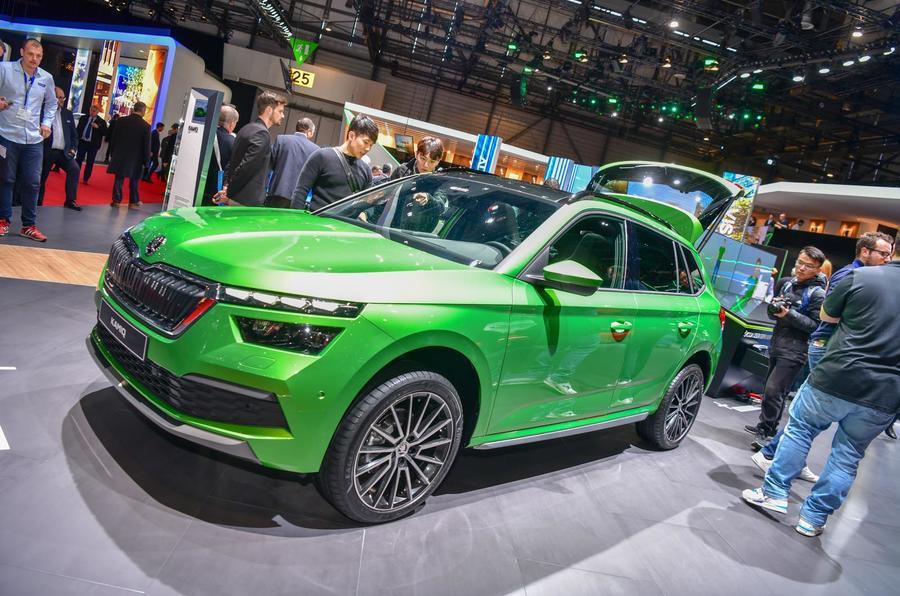 Geneva’s passing is to be lamented. It’s a great start to the motoring calendar. Its early March date allows the first two months of the year to be filled with news of the new cars we’ll be seeing at the show, and driving soon after.

The Swiss venue is a neutral one, so there’s none of the home favouritism you see at other shows, and car makers are given the chance of equal space and branding. It has traditionally been the best attended show, too, although that was on the wane even before the pandemic because questions were being asked about the motor show’s role in the future as perhaps one of the industry’s more archaic concepts.

But motor shows can still have a role to play. They’re a brilliant place to cover lots of ground in appraising new cars and meeting the people who have created them. They’re great for us in generating news, and in turn readers in getting to hear more from the industry. As a journalist, it’s less what you pick up from the formal press conference, and more the gossip on the side from a chance meeting with a contact.

Geneva seemed almost untouchable as a European motor show, but it has now followed the alternating autumn trio of Frankfurt and Paris in being cancelled, postponed, or kicked down the road pending fairer times ahead.

Whether we’ll ever return to the Palexpo is unclear, but a modernised, relevant European motor show in a post-pandemic world must surely have a place as a meeting place for the industry to discuss, debate and help steer the ultimately exciting future it faces.

Geneva motor show 2020: all the news from the online event

Can I suggest that if the worlds Auto press love the current format Motor shows so much and find them convenient for getting around the OEM's in a day or two (thus saving them time and travel expense..... then the the Auto press should pay for the event to run?!

Current format doesnt inspire anyone else too much and the costs are just plain wasteful. Its just not furure-proof.

Its not as though the great buying public take much notice of the printed advice anyway.

I hope the industry takes this wake-up call seriously and moves on from the same old- same old, spending their money in a more targeted  fashion.

It isn't just the press who enjoy it. If you never bother with any of Autocar et al's coverage of the show then fine - but we'd all be poorer without it.

And there are plenty of average people who make the journey over to Geneva for the show - it's a highlight of the calendar for many.

Motor shows were necessary a while back.  But they're not any more.  They're just sad.  And grown men who would pay for tickets to said shows are even sadder.  Please let this aberration die out quietky with a semblance of dignity.

Time was when you might get a surprise launch at a motor show, but nowadays the way manufacturers constantly drip feed us with 'teasers' and long drawn out possible model plans, by the time any new model actually hits the market we're fed up of hearing about it.

I used to love going to the old London and NEC shows, but apart from the fact that I'm not sure I want to be crammed in with loads of people from all over the world, I've little interest in getting a little closer to the latest SUV variant.

I would love for the

I would love for the Motorshow to continue, but it wont. As Catnip said, they used to be more exciting but with the press leaks and internet not much a surprise these days.

Birmingham was a good location for our show, but too expensive to visit. London was, and remains a no-go zone to many so no point in holding one there.

Motorshows belong in an era where the car 2was looked upon as a thing of freedom, and pleasure, now for most they are an appliance where all that matters is what the neighbours think. I wouldnt go to to a kitchen appliance show, and most people wouldnt see a motorshow as any more interesting, and thats why they will die.

For whom the Bell tolls.

You can virtually see inside and out most of the new stuff , sitting in front of your laptop or whatever platform you use and not have the hassle of travelling to, putting up with other passengers and paying silly money just to go, pay through the Nose for second rate food, yes,, I think the traditional Car show hasnt got much longer.

When I was a lad living in Norfolk the Great Yarmouth Motorshow used to be a highlight of the year. Obvioulsy among my classmates but also most dads too. It was run by all the local car dealerships and held (in winter) at Vauxhall Caravan Park in aid of local charities. Yes, they sold cars off the stands.The funny thing is out of all the shows I've been to this remains my favourite, it was friendly and you always bumped into people you knew. (In my case other kids from school).

Maybe this is the future of the car show?

A mate and I used to do a day trip, easy as it's right by the airport, with an early start and late finish. We'd have a relaxing mooch about having a great catch up about this, that and the other, whilst having a look and sit in all the latest metal. Spend far too much on coffee and have a proper lunch down in the basement.

I normally look at this website far too much, but just wouldn't in the first 3 months of the year so I could get a few surprises myself.

Ps got my eye on Munich now, that could be our new destination for the relocated German show

We're both in the industry, not 'in the did try'