BACK TO ALL OPINION BLOGS
Currently reading: Autocar writers' cars of 2021: Caterham 170 R
UP NEXT
Opinion: Is stripped-down BMW M4 CSL worth the weight?

This car, which has its origins in the 1950s, is the future; or it should be. Don’t get me wrong: EVs are brilliant as daily transport. Compared with the 2.0-litre diesel hack they’ll probably replace, they’re usually quieter, easier to drive, faster and more fun.

However, when it comes to having fun in a driver’s car, UK roads are narrow and busy and have bad visibility – and even though we have more liberal speed limits than many other countries, most modern performance cars really don’t come alive below 70mph.

Widening the roads and increasing the speed limits are not going to happen (nor should they, necessarily), so what you need is something that takes up less space and is exciting at lower speeds. The Caterham 170 does that like nothing else on sale today.

It’s just 1470mm wide. By comparison, the hardly massive Hyundai i20 N is 1775mm. A lot of the roads around where I live are the kind of unmarked country lanes where two cars can just about squeeze past each other. They look fantastic fun on a map but turn out to be too narrow to enjoy because there’s nowhere to go but the hedge if another car comes the other way. Not so in the little Caterham: every road becomes a wide open playground. 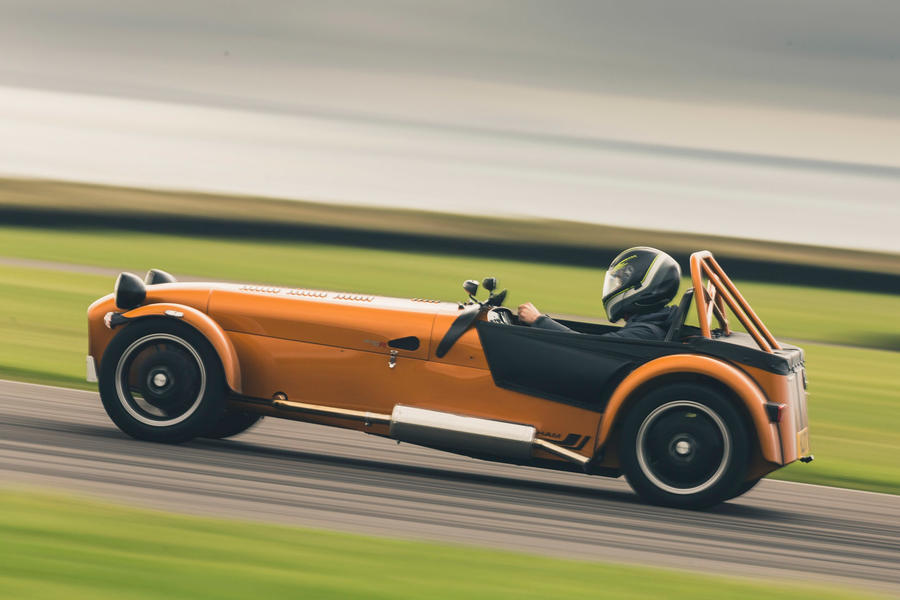 It also rides on 155-section Avon tyres – trailer wheels, basically. But because the sense of speed is so great, the relatively low level of grip never feels limiting. The 170 also benefits from a limited-slip differential, something that the old 160 never got and lets you make the most of the limited traction.

Some prefer the Ford engines, but I absolutely love the cartoon turbo noises that the Suzuki triple makes. Everything you do with the accelerator is accompanied by a different flavour of whoosh, chirrup or chuff. The carburettor-like snort you got from the throttle bodies in the now-discontinued Super Seven certainly has its appeal, but the 170 demonstrates how turbos can be a feature rather than something sucking all the character out of an engine. 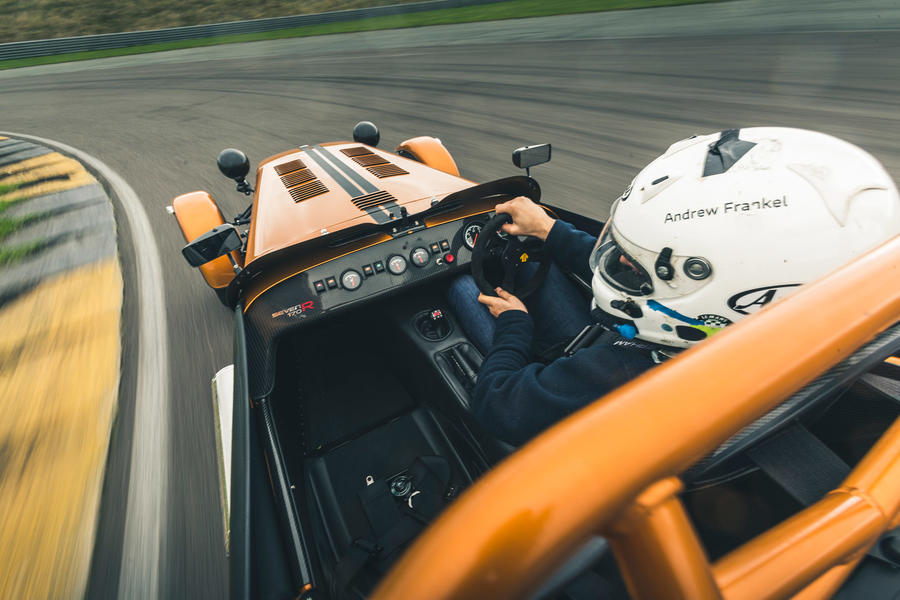 My colleagues put it ninth (out of 11) at Britain’s Best Driver’s Car (aka Handling Day), and given that stage was set on quiet Welsh roads and an empty track, I can see why. However, for a Sunday blast on local roads, few things are as entertaining as the little Caterham. I drove it 300 miles back from North Wales, and although that wasn’t a brilliant experience, it would have been substantially improved if it had been the 170 S, with normal seats and belts, rather than the harnesses and buckets in the 170 R. Pertinently, it hardly dented my appreciation for the 170 and a longer journey to get to a great driving destination wouldn’t bother me.

In the other feature, in the magazine, about our cars of the year, I chose the Alpine A110 Légende GT. I stand by that: it’s more complete and I would happily run it as my only car, but as far as memorable experiences go, the Caterham is hard to beat.

Advertisement
Back to top
View all used car deals