BACK TO ALL OPINION BLOGS
Currently reading: Car design - the new Mission Impossible?
UP NEXT
Matt Prior: Where have all the practical fast cars gone?

It’s worth saying now that van Hooydonk has always been one of the most eloquent and accessible designers in the industry. There will, I suspect, be a slew of comments below ignoring the challenges of his and his colleagues' job, but there’s no question that the need to stare into a crystal ball is being exacerbated more than ever by the changing technological outlook. If the job is hard today, it’ll only get harder tomorrow.

“I like social media and I use it,” he says, “but as you scroll through the comments you start to see that it becomes ever-more critical. That makes my job hard - we analyse the commentary in a very fact-based way, but of course you don’t know who these people are - who is actually behind the comments.

“In that regard I find customer clinics more useful. We get owners of all cars - Audis, Mercedes’, whatever - and then we can start to correlate the data from social media with real people, and then against the media analysis. Only then does a real picture start to add up. We’ll do the first clinic three years before a car is launched often, then just before.

“But even then we have to apply a filter - a filter that we are trying to envisage what people will want in ten year’s time. The cars we are designing today will not go on sale until 2023 at the earliest - some in 2029. To some degree you are left working on gut instinct.” 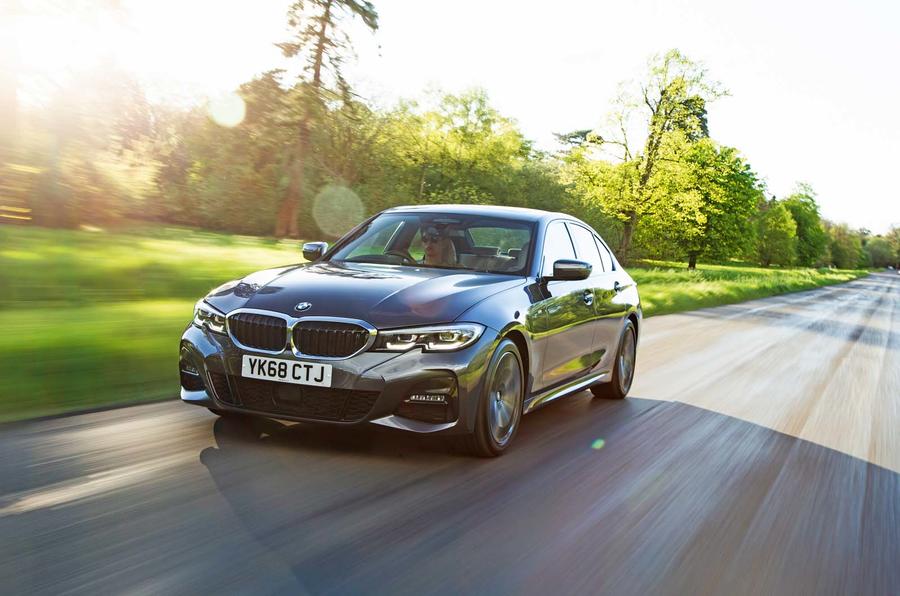 And, while nobody is pretending that creating the next 3, 5 or 7 Series is easy, there are at least decades of heritage on which to draw. More futuristic models, in contrast, require a much freer approach - and sometimes even a leap of faith.

“If we’d asked a clinic to design the first BMW urban mobility car - the BMW i3 - it would have been asking people in the era of the horse-drawn carriage what would come next - probably they would have asked for a bigger horse,” says van Hooydonk. “That car was so removed from the core of the brand, it was our first city car, our first carbonfibre car, first zero emissions car - and the story of the i brand is only just emerging. The picture is only just emerging.”

So too are electric car tastes; where the i3 and i8 had to be statement cars for early adopters (“at BMW we wanted to move early and show that we were moving early”) in the decade since they were launched the world has moved on to the point that electric cars are going to have to sit in the mainstream, hence the i4 looks far more conventional and less challenging for a traditional 3 Series buyer to move in to.

“Now the story is about building electric cars that can sit at the core of the brand; sporty, elegant cars - as BMWs must be - that will cater for a wider audience. The i story has a long way to go. Of course I have seen the next chapters, but there’s no question that, for designers, this is simultaneously one of the most exciting and challenging times in which to reflect the technology of the cars.”

The hits & misses of the greatest car designers​

Constraints on car design are greater than they used to be but it is by no means mission impossible.  Some constraints are unavoidable, such as safety and pollution regulations imposed by external agencies.  Others are self-imposed, such as 'decades of heritage', running clinics for customers of models to be launched years in the future and voyager12's observation that designers have a very fixed view of what a car should be.

Working on ridding yourself of or minimising the impact of the self-imposed constraints could contribute to a more imaginative, possibly easier and more interesting design process.  Of the three things I mentioned above, customer clinics seem to be the easiest to eliminate.  Adrian van Hooydonk describes them as an improvement on feedback from social media (wow) but then says how unhelpful they are in determining what people will feel about the car in a decade's time.  If the feedback is of such limited use, stop using customer clinics and devote the resources saved to allowing the designers to lead the process, not customers!

Also, regardless of how hard the design process is, there is no excuse for the elephantine grilles that afflict so many German cars nowadays, including BMWs.

by the notion what a car should be like. Usually a square platform with wheels on all four corners, that accommodates passengers who are sitting next to each other. You might also label this as ingrained inside-the-car-box thinking... or lack of true creativity. Car journalists are only writing about what's being fed to them by the industry Hardly journalism if you'd ask me.

Cars are the big innovation

Cars are the big innovation in the automobile industry because without this industry cannot be developed so far. The mission impossible is the huge Hollywood movie series related to the action and fight and https://edubirdie.org/ has the question about the car style.