This is the Volkswagen ID 6 SUV, which was until recently considered to be a China-only model within the German brand's rapidly expanding ID sub-range.

However, that positioning in the global line-up might be about to change, because rumour has it this car – Volkswagen's biggest battery-powered model to date – is heading for Europe as an import.

The ID 6 is essentially an extended-wheelbase version of the ID 4, designed to seat as many as seven people. In every other dimension, the two cars are very similar, the ID 6 being less than 40mm taller and 30mm longer than the ID 4. In fact, in the flesh, the only easy way of visually differentiating the two is via the badges on the bootlid and the ID 6's larger rear window.

Under the skin, four powertrain configurations will be offered in China. There will be RWD with either the 58kWh or 77kWh battery and 177bhp or 201bhp; and the range-topper will be a 302bhp, 77kWh car with AWD.

It's the flagship we're testing here, and while no official figures yet exist for range, we would expect this car to manage slightly less than the ID 4 GTX's 298 miles. 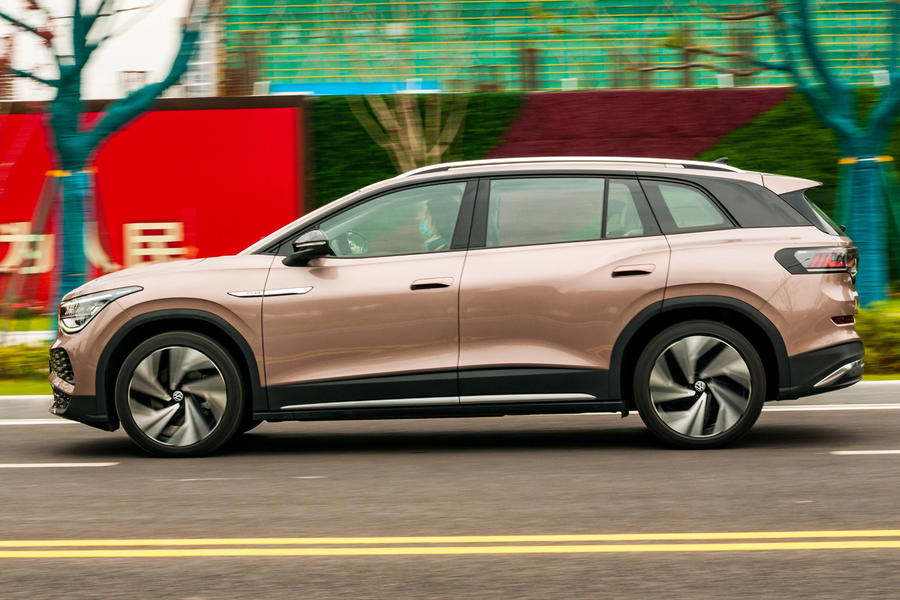 The pervading sense of familiarity with the ID 6 extends to the simplistic interior. It gets the same 5.3in instrument display as the ID 4, along with the 12in infotainment touchscreen. Control for the latter is largely via touch-sensitive icons, but there are also some capacitive buttons lined up beneath. Frankly, these could be more sensitive, as we've learned with ID models already in the UK, especially for selecting things such as the driving mode. The user interface also remains an issue in general.

Materials in this top of the line Prime-trim car are nevertheless of good quality, and there are plenty of soft-touch elements beyond the quilt-effect setats. However, the almost pink-hued plastic marking the upper and lower dashboard division in this car does feel somewhat cheap. Hard plastics elsewhere aren't too hard to find.

Where the Touareg-sized ID 6 excels concerns space. The second row is truly sprawling and the third row will be quite usable by most adults, although taller passengers will struggle to get comfortable for longer journeys – mostly on account of the modest leg room but also because head room is impinged by the gently sloping roofline.

Even so, for an electric seven-seater, the ID 6 is impressive and mostly uncompromised compared with ICE alternatives.

As for boot space, even with the second-row seats up you get a respectable 202 litres, and this grows to more than 1800 litres with both rows of seats folded down. Also note that the car comes in both six and seven-seat configurations, with the second row accounting for the difference.

The top-billing Prime may benefit from having a motor on each axle, and with them roughly 300bhp combined, but it's still no performance car. However, the steering is nicely weighted and does give some feedback. It feels adequately natural overall – much like other cars in the ID range, unsurprisingly.

Even on 21in wheels, the ride is on the soft side, although any version of the ID 6 that comes to Europe will likely do so with a region-specific suspension tune. Our Chinese example might therefore be unrepresentative in dynamic terms, but there was nothing to suggest that anything will change dramatically. 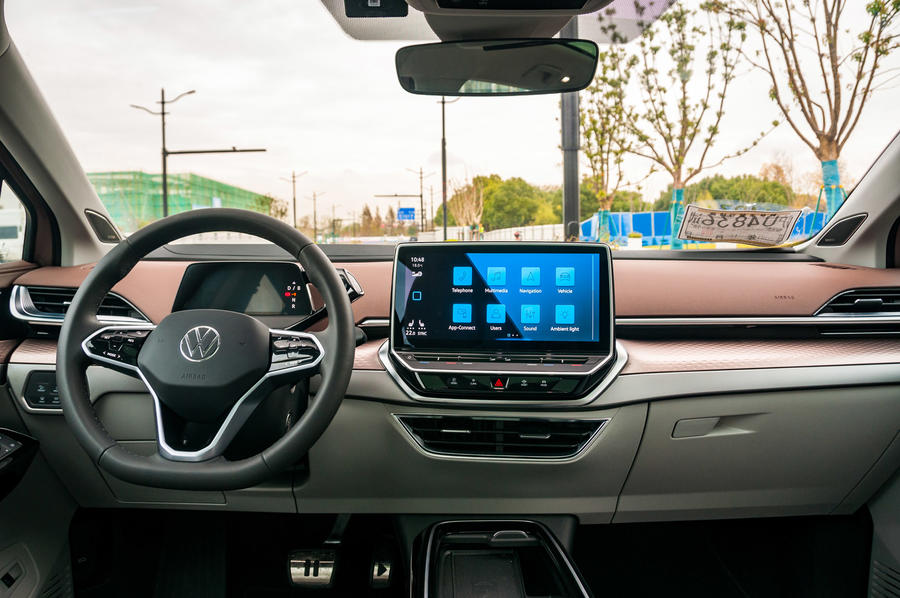 These early impressions suggest the ID 6 is a solid, spacious package and exactly what you would expect from an enlarged ID 4 with additional seats.

As an electric car for larger families, it would currently have few competitors in Europe - especially ones that can compete on price, given the Tesla Model X now costs more than £100,000. 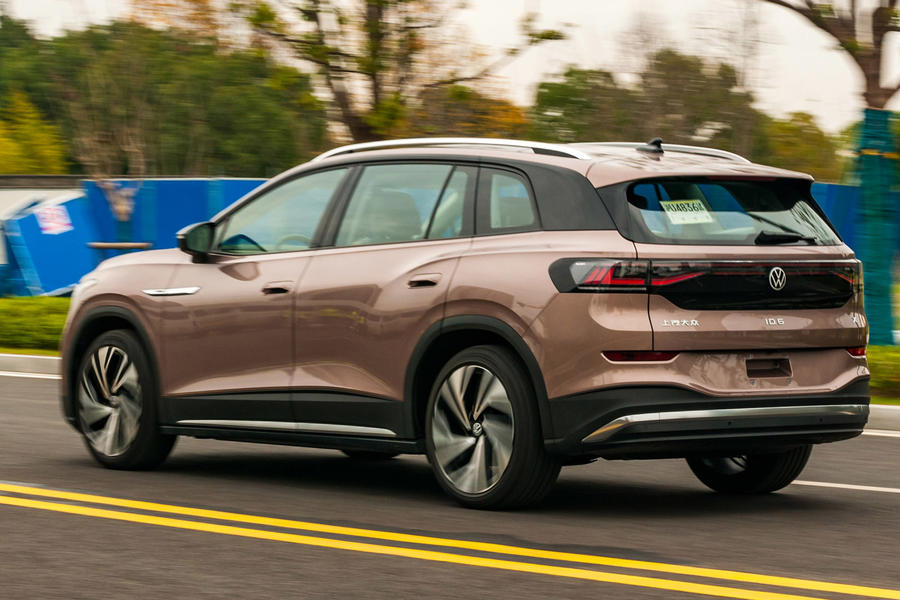 Log in or register to post comments
Commenter 26 December 2021
There's no indication it will be available in right hand drive. One would assume it undercuts the Touareg on price even with ev powertrain and crucially it does not have an interior to upstage the etron.
Matty_Hall 15 December 2021

Oh how the mighty have fallen. What utter dog shit this elongated washing machine is.

Its not offensive to look at, although it has a typical, generic modern look.... this could be a PSA offering at a glance.

Form over function is the name of the game - I mean, whats the point of a sloping roofline if it impinges on headroom and results in a stupidly small rear screen to look out of?

The interior however, looks really cheap and nasty (much like the other ID offerings. My guess is that the Skoda version will look better than the VW version (inside and out), going on current offerings.

Volkswagen seem to have gone down the road of tastless, tacky alloy wheel patterns of late, Golf GTI's wheels are really offensive for example.....these are no better.

Form over function is the name of the game - I mean, whats the point of a sloping roofline if it impinges on headroom and results in a stupidly small rear screen to look out of?

A sloping roofline is a functional design element, for good aerodynamics and therefore longer range.

Yes, but a rather pointless function in a tall vehicle, in a country with a 70 mph limit!

That country that's so well known for its protection of human rights, that cares for it's workers and  has a peaceful outlook on the rest of the world.

Won't appear in my garage, ever!