If you always liked big, mainstream saloons with great handling and a decent turn of speed, take a good look at this one because the breed is getting much rarer and even this former market leader won’t be around forever.

Vauxhall’s D-segment Insignia has had a good life in the UK, amassing sales of around 300,000 units in a bit over a decade – even managing 8000-odd units in 2019 – despite much demand shifting to SUVs, and the premium marques have taken even more.

However, Opel-Vauxhall has made it clear this platform won’t continue beyond the mid-2020s, when all of its models are due to be electrified, so this latest set of changes – bringing impressive and efficient refinements to powertrains across the Insignia range – is likely to be the last before the Insignia joins all those other family-sized exec saloons in the sky.

Our test subject, the top, performance GSi – which comes with a brand-new 227bhp four-cylinder turbo engine, a new nine-speed auto and a clever four-wheel drive system – emerges as the car with the clearest purpose in the newly refreshed range.

SUVs can’t match it for handling, and big, spacious saloons as quick as this (147mph, 0-60mph in 7.0sec) are usually a fair bit more expensive than this car’s seriously enticing £38,690. 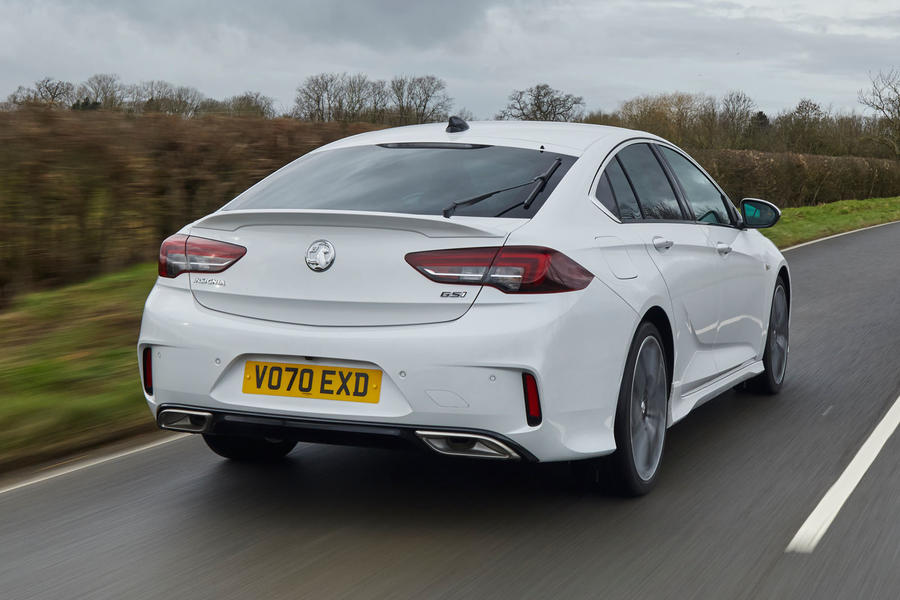 In particular, nothing in this class can match the Insignia GSi’s standard, clever Twinster four-wheel drive system. It acts like a front-drive layout in gentle driving (thus saving fuel) but, once selected via a console button, delivers unimpeachable traction and adds greatly to the car’s agility and handling balance by adding a torque-vectoring capability unseen at this price level. A conventional rear diff is replaced by a pair of clutches that use sensor info to direct torque to the rear wheel that can best accept it.

Throw in fuel-saving cylinder deactivation, LED matrix headlights, quick-acting gearshift paddles, Brembo brakes, adaptive damping tuned on the Nürburgring and four selectable driving cycles (Standard, Tour, Sport and Competition) – plus the conservative but well-made and comfortable interior – and you have an extremely complete saloon package, especially for a car on the right side of £40k that needs no significant extras to be habitable. In three years’ time, this is going to be one helluva used car bargain…

On the road, the Insignia GSi is instantly familiar territory – a roomy, flat-riding machine that’s refined without quite achieving the highest standards of its premium competitors that cost much more.

The engine is smooth and quiet, even when operating close to its 6500rpm redline. It will pull well from low revs, but for real shove when you’re manual shifting via the paddles, it needs to be turning above 3500- 4000rpm. Left to its own devices, the nine-speed auto is smooth and unobtrusive, although in Sport it will drop three ratios on the kickdown if you’re willing to give it a second of thinking time. The paddles elicit a quicker response.

The chassis feels familiar, too: quick and fairly meaty steering makes the car feel agile despite its 4.9m length and unimpressive 2240kg kerb weight, greatly helped by the four-wheel drive system’s traction control and especially the tendency of the Twinster diff to balance understeer in hard cornering so the car feels as if it’s ‘on rails’.

Best of all, despite its electronic suspension and traction-keeping systems, the car feels reassuringly ‘analogue’ to drive. 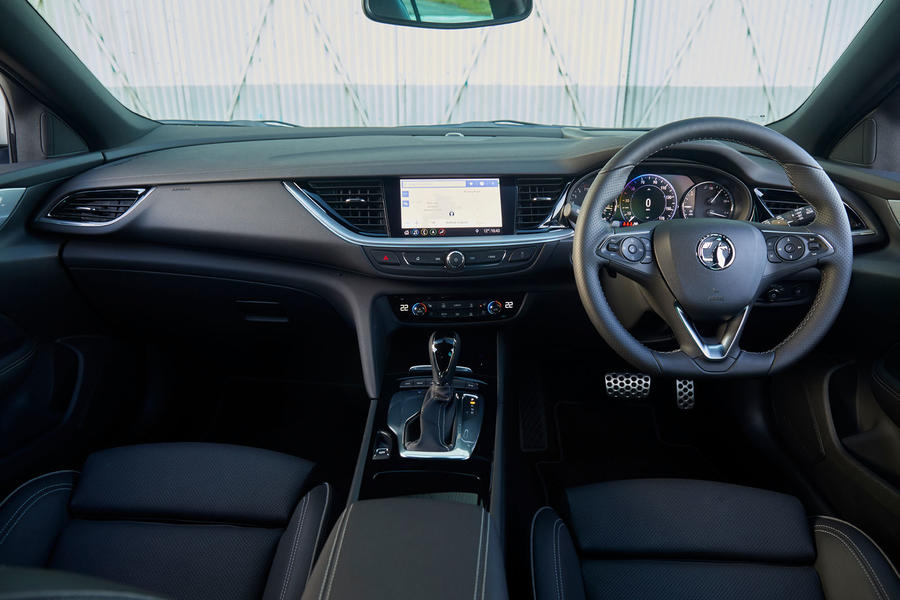 Great equipment, handy performance and excellent chassis, at a price no one else can match.

The Insignia is an appealing and rather old-school car whose days are numbered. When it goes, we’ll miss it and cars like it. 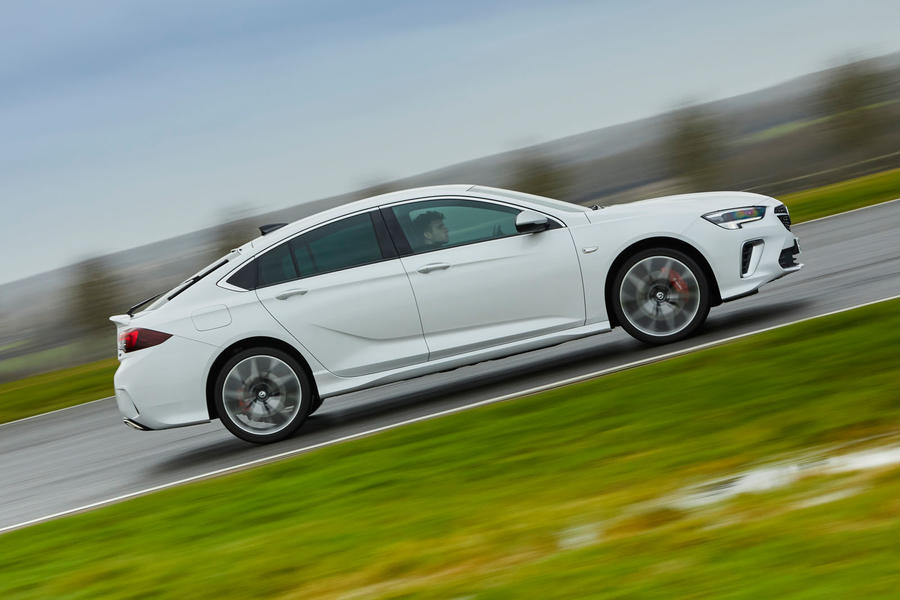 At just under £27,000 for the then new Carlton GSI 3000 in 1991, this now equates to just over £49,500 in todays money, so not too horrendous really for the latest GSI Insignia. The difference is that our expectations have changed over the last 30 years. Businesses and private buyers just won't pay that kind of money for 'mass market badges'. Even though they're more exclusive (in numbers) than the so called prestige badges!

Using the common inflationary and valuation tools £27k in 1991 is actually worth today £58,349.29, so an even better price for the Vauxhall.

"Great equipment, handy performance and excellent chassis, at a price no one else can match."

Maybe not new. And that's still a maybe. Used Audi and BMW would be my choice.

"Nothing in this class can match the Insignia GSi’s standard, clever Twinster four-wheel drive system..." Again, talking about 'this class' these days seems to be a bit of a nonsense. Long gone are the days of the clear Fiesta/Escort/Sierra/Granada split. There's almost no such thing any more.

Rollocks 30 January 2021
Motoring hacks must live in a parallel universe if they believe £40k for a medium-size saloon from a mainstream brand is good value for money. To me, such pricing is utterly ludicrous. It's pretty obvious why people aren't buying them... we don't like being ripped off.

And I thought quaint old expressions like "executive car" died out in the 1970s...

Morning, I think its strange people say they don't come other with examples of a large performance, hatchback, fully kitted out, that's quick with awd and an auto box. Neaest example might be a Jaguar which are also excellent value for money.