BACK TO ALL NEWS
Currently reading: 2017 Vauxhall Insignia Grand Sport to be brand's flagship model
UP NEXT
UK EV charging network to improve after "horrible" summer

More spacious Insignia Grand Sport, due this December, will become a truly global model and sit above the Sports Tourer and Country Tourer in the Insignia line-up
Open gallery
Close

The Vauxhall Insignia Grand Sport will sit above two other all-new Insignia models in the brand's 2017 line-up as one of five new models to be launched.

The 2017 Vauxhall Insignia Grand Sport has been revealed

The Grand Sport hatchback will be joined by two estate models, the Insignia Sport Tourer and a more rugged Country Tourer that'll come with four-wheel-drive as standard. Autocar sampled a development version of that car's system earlier this year.

We'e also driven a prototype version of the 2017 Insignia Grand Sport, and early impressions suggest the new name will be accompanied by a more eager chassis set-up. The car won't make its official debut until this December, however. 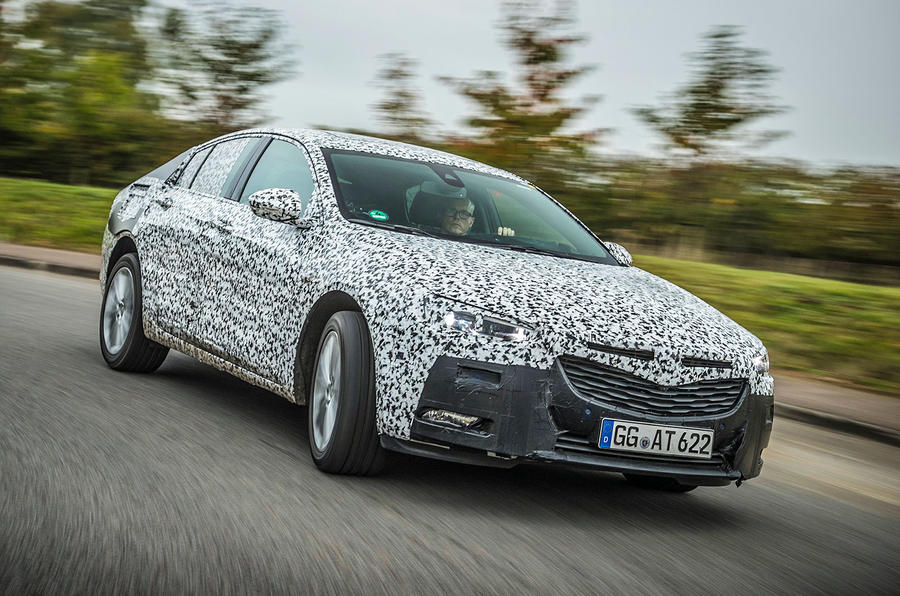 The new Insignia will be larger, lighter and more efficient than the current model; the biggest changes are a small elongation of the wheelbase and the shedding of around 150kg.

It will be a truly global car, sold under the Vauxhall, Opel and Buick badges in Europe, the US and China. Here in Britain, it will remain a key rival to the Ford Mondeo.

The new Insignia will have an evolutionary look, with only minor styling changes to bring it into line with the rest of the Vauxhall range. Although the spotted cars wear cladding that hides the majority of the styling, it's clear the new model has a new swooping roofline, which is higher and wider at the rear. 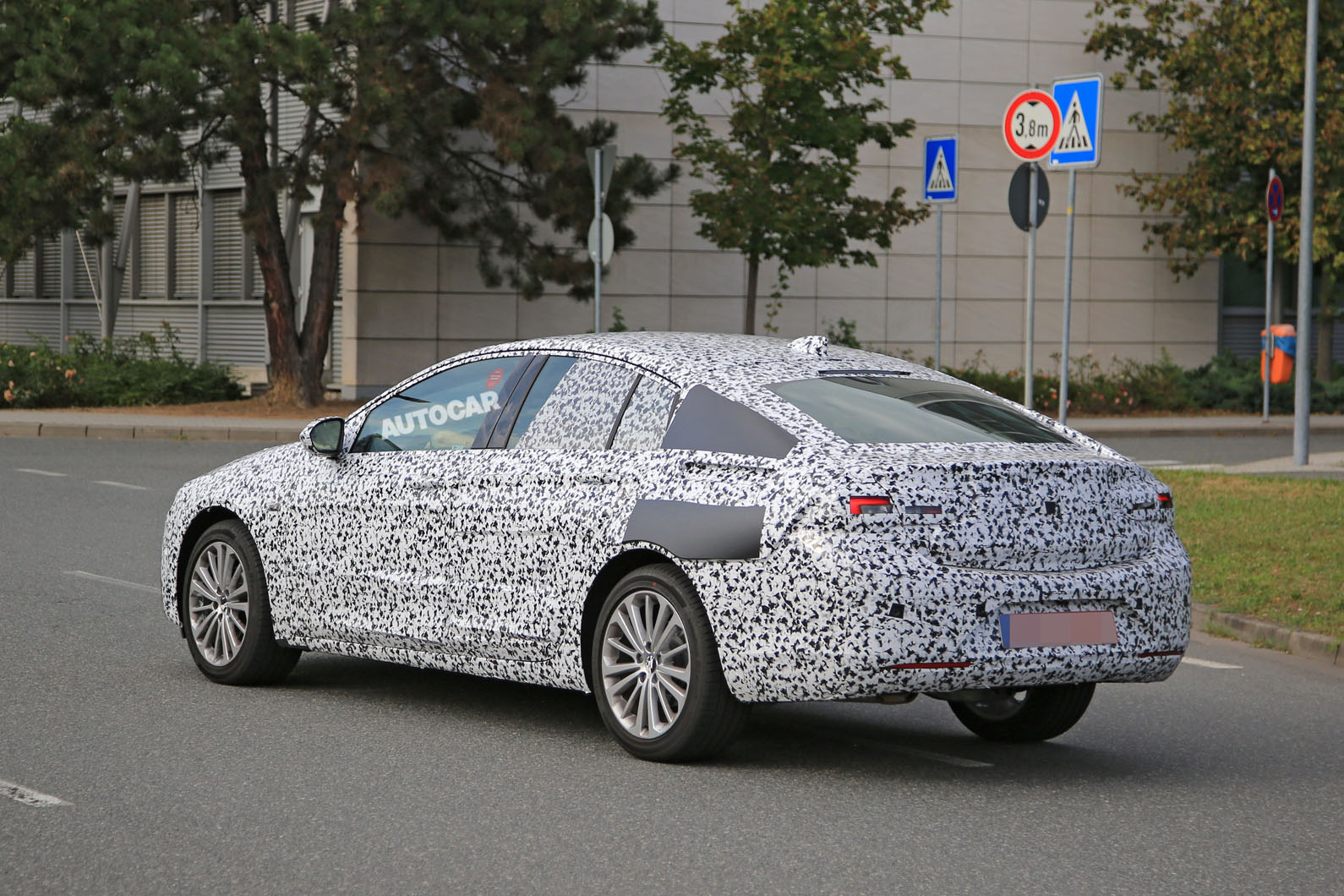 As well as increased rear space and easier access to the rear seats, thanks to the taller door openings, the second-generation Insignia will get a bigger and more useable boot. A new tailgate design with new tail-lights will help to make the boot deeper, wider and taller boot than before, with a 565-litre capacity, matching that of the Skoda Superb.

The Insignia is based on a moderately updated version of GM’s familiar Epsilon 2 architecture. In European markets, the most important engine upgrades will be the debut of the new 1.6-litre CDTi diesel, which will replace today’s 2.0-litre CDTi unit. 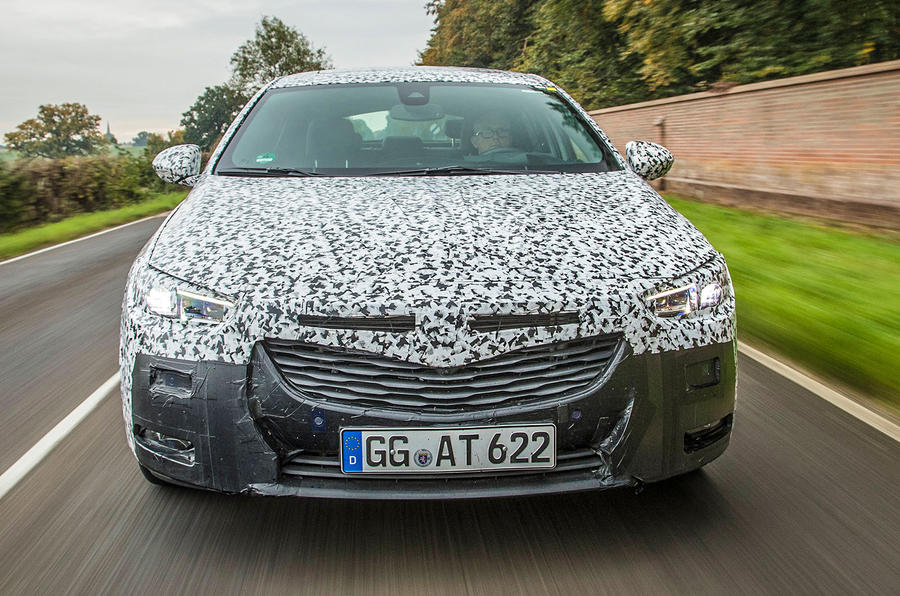 General Motors (GM) will be targeting class-leading refinement for the diesel Insignias. The new 1.6-litre CDTi engine will be offered in a range of outputs, starting at 136bhp and rising to around 170bhp.

Today’s Insignia is already available with GM’s new 1.6 SIDI turbocharged petrol engine in 168bhp form. This engine will also be offered in two lower-powered versions of the new car.

The Insignia will be offered with a new eight-speed automatic transmission, which is expected to improve overall fuel economy by around 3% compared with the six-speed manual versions.

Even with disguise, it looks

Even with disguise, it looks like the Insignia is going to be a stunner, certainly compared to the 3 series and a4, hope it drives and Performs well too.

As for Vauxhall, Ellesmere Port and Luton need all the patriotic support they can get.

will it sell in the usa?

It's already on sale in the USA as the Buick Lacrosse.

And Vauxhall has existed as a brand for over forty years.

Also you cannot called it Insignia Grand Sport. Far too clumsy. This is supposed to be a fresh start for the vehicle, so go for either something historical ir captivating.