From £22,5157
We try Vauxhall's family SUV with the PSA Group's latest four-cylinder diesel engine to see if it improves the package
Open gallery
Close

Vauxhall's all-important Nissan Qashqai rival mated to a new, PSA-sourced diesel engine. Brought in primarily to ensure all PSA Group cars meet the most stringent emissions regulations, the new 1.5-litre unit officially replaced the 1.6-litre diesel back in May, but this is our first chance behind the wheel of it. We have, however, tried it in a few other PSA Group models, including the recently facelifted Peugeot 308.

The new diesel engine, codenamed DV5R, is a bit ahead of the curve because it's already compliant with the tightest EU6c emission legislation, which won't be enforced until 2020. That legislation is specifically targeted at reducing NOx and particulate emissions in the real-world and not on an unrealistic laboratory test cycle.

Its timing is crucial, with the hope of such engines putting pay to the rather unhealthy image diesel has been labelled with of late in many European countries. The 1.5 Turbo D makes use of the full suite of exhaust-cleaning tech, including the now-common AdBlue urea injection system and a particulate 'trap' filter.

However, the new tech has some other effects: the 1.5-litre diesel produces 4g/km more CO2 officially than the old 1.6 and fuel economy is down by just under 2mpg. PSA is taking the lead in publishing more realistic figures, though, so that may be why. Power has risen by 10bhp, which alongside new internals and a different engine tune helps to reduce the 0-62 mph time by just under a second. The top speed is unchanged. 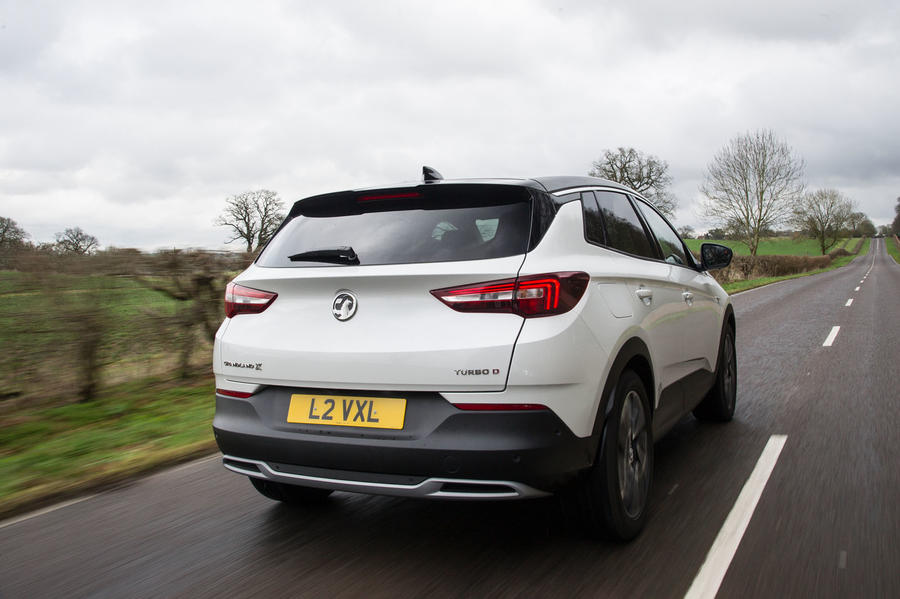 Our response to the Grandland X has been consistently lukewarm no matter which version we've tried. In part, it feels like a car Vauxhall rushed through to market, once it secured a platform deal with PSA under its previous General Motors ownership, to get a foothold in a rapidly growing segment. But if that is the case, it still arrived significantly later than almost all of its mainstream rivals.

There's nothing unforgivably wrong with the Grandland X, in objective terms at least: it's reasonably spacious, fairly well put together, decent value and acceptable to drive. But, crucially, it's a car devoid of charisma and flair - two things its platform-sharing Peugeot 3008 sibling offers in spades - and it offers nothing to inspire the keen driver. Unfortunately, this new oil-burner does little to change that.

The first thing you will notice is that the new unit is demonstrably more refined than its predecessor, both at low speeds and at a cruise. Don't get me wrong: you're not going to pull up to the pumps and struggle to remember which fuel to put in it, but engine grumble is as subdued at all speeds as the best this segment can offer. At motorway speeds, any residual noise is drowned out by the Grandland X's ever-present wind rustle from the door mirrors.

It's also a decent performer, particularly given its modest size. There's enough mid-range thrust in reserve to get you smartly up to speed from a motorway slip road in one gear, and it rarely feels undernourished unless you stretch it all the way to the redline. A new four-valve cylinder head is cited by Vauxhall as helping it feel more like a petrol than a diesel, but while the powerband does feel a touch broader than the old unit's, it's still a fair way from the high-rev response and aural appeal offered by a half-decent petrol engine.

There's also little fun to be had in keeping the new diesel on the boil via the six-speed manual gearbox, because although the shift quality is less imprecise than it is in some older PSA efforts, it's still long of throw and decidedly notchy. Better to wind things back and instead enjoy the new diesel's commendable fuel economy, with 50mpg-plus within easy reach in mixed driving.

Ther rest of the Grandland X's driving experience is much the same as before. The ride comes across as supple and absorbant until the car is presented with a series of sharp surface imperfections, where its composure is merely adequate. The steering is decently direct and accurate but (like many of its ilk) conveys absolutely zero road feel through the hands, and body control is fine in normal driving but unremarkable when pushed. Put simply, any SUV buyer looking for an engaging drive will be more inspired by the Skoda Karoq, Seat Ateca and even the Toyota C-HR. 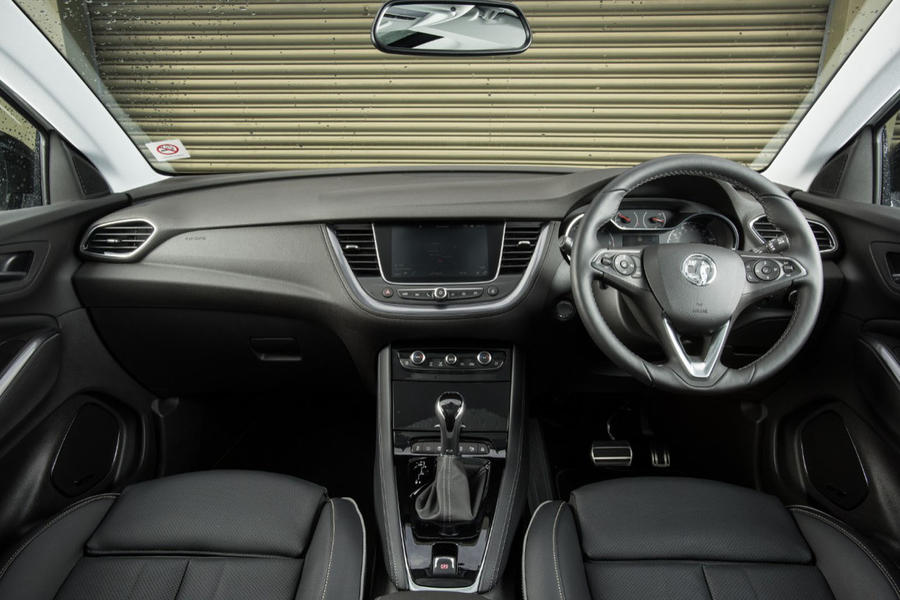 A competitive diesel engine is not enough to lift the Grandland X above the extensive list of C-segment SUV also-rans. It's a car that, while fundamentally fine, lacks sparkle in many areas, be it cabin ambience, handling or, in our view, design.

That's not to say it's totally without merit. The interior shuns the 3008's bold layout in favour of a more logical (if rather plasticky) dashboard, shod with a decently slick touchscreen and a generous equipment tally in mid-spec models and above. It also challenges the class best on practicality and boot size, while Vauxhall's OnStar system and wi-fi hotspot offer a distinctive selling point.

But is that really enough in this segment?  For many buyers, it seems it is, because Vauxhall's offering is performing well in the sales charts - initially at least. But if it were our money, we can think of several family SUVs that are either better all-round packages or do more to stir the soul. 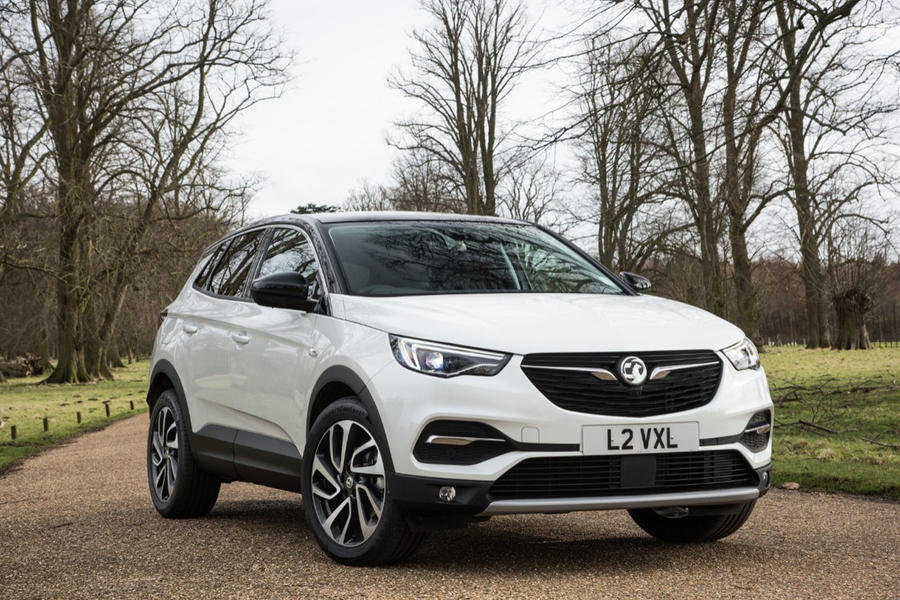 Really I am very glad to read this interesting post, thanks