From £22,5157
The diesel Grandland X is a better bet for most than the 1.2-litre petrol model but still struggles to stand out in a crowded market
Open gallery
Close

The diesel version of Vauxhall’s new mid-sized crossover, a car designed to compete with the bestselling Nissan Qashqai and the class-best Seat Ateca. Or, put it another way, a re-skinned Peugeot 3008. The Grandland X is the result of a joint venture with Peugeot owners PSA Group and sees the car built on the French company’s mid-sized EMP2 platform, powered by PSA engines and built in a PSA factory in Sochaux, France.

We’ve already tested the Grandland X with a 1.2-litre three-cylinder petrol unit but the diesel, although 10bhp less powerful with 118bhp, could prove to be the more suitable powerplant thanks to its stronger mid-range torque, better economy and lower CO2 emissions. The car is available with six-speed transmissions with either two or three pedals. 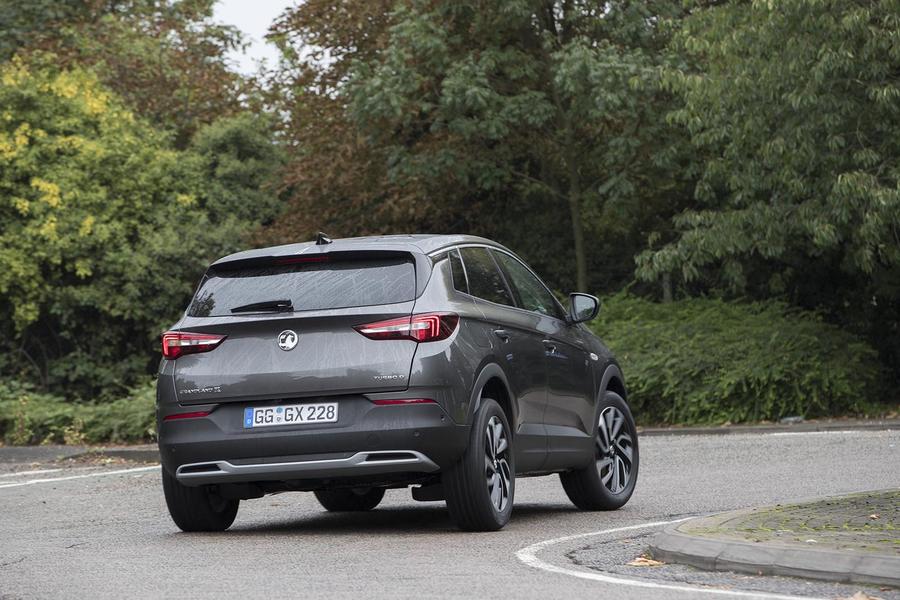 The test car came with the automatic gearbox and, combined with the diesel engine, represents a useful improvement on the manual 1.2. The petrol version is quieter and makes a far sweeter sound, but these are poor substitutes for low-down grunt in a relatively heavy car like this.

Also these are cars that will be expected to do long distances and the diesel’s more relaxed cruising plus a likely 20% improvement in fuel consumption makes it the clear choice for people with such priorities. Or at least those who have not yet been frightened off by largely ill-informed scaremongering from politicians and tabloid journalists who almost certainly chose not to be inconvenienced by the facts.

Yet this is still some distance from even an engaging driving experience, let alone a remotely entertaining one. The 1.6-litre diesel is a blameless beast of burden, strong at low revs, reasonably responsive, slightly uncultured of voice but as honest as the day is long. I expect its quite narrow powerband might prove irksome when harnessed to what we know is a far-from-peachy manual gearbox but, even with only six speeds, the auto does excellent work keeping the motor in the range in which both the car and you will find most comfortable.

The gearbox does have a self-shifting plane but there are no paddles and, to be honest, there's no reason why you might routinely or indeed ever want to shift it out of Drive. Nor, as we discovered with its petrol powered team-mate, does it have anything to offer the enthusiast driver - and I’m talking by the hardly interstellar standards of the mid-sized crossover SUV. The ride quality is reasonable despite its cheap and not always very cheerful torsion beam rear suspension, but it really has no interest at all in cornering at more than a sedate pace. The steering is accurate but lacking in feel and the brakes over-servoed.

Focus instead on its static qualities and the Grandland X is far more competitive. For conservative buyers put off by the far-out approach of Peugeot’s innovative i-cockpit design, there’s a very traditional interior here that’s no harder to operate than that of an Astra. But with it comes a standard touchscreen, Vauxhall’s OnStar concierge service, all the safety features you’d expect and plenty more you’d merely hope for. And most of them are standard on most trim levels.

Moreover, the car is well built from largely high-quality materials, as spacious as you’d expect a car in this class to be and has a decently shaped and larger-than-average load area. 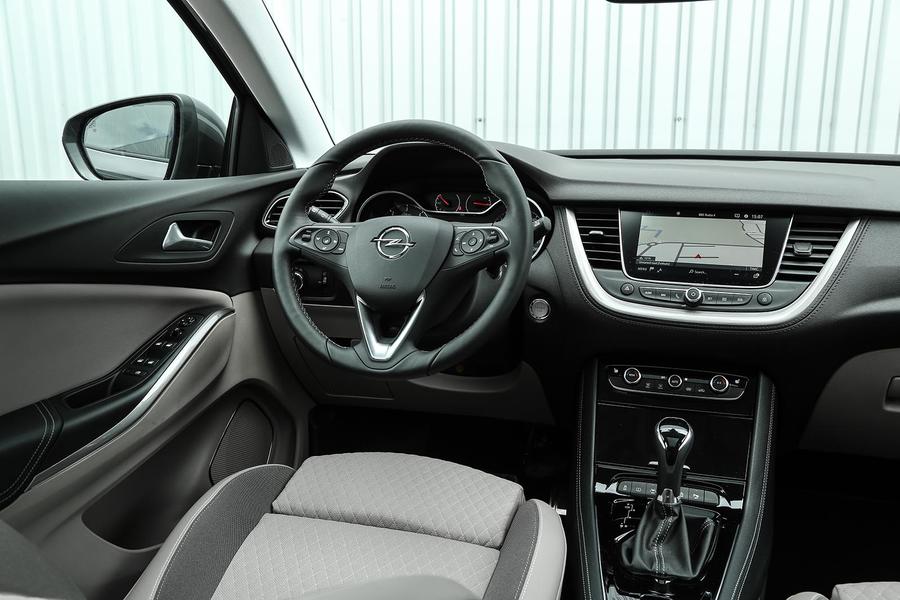 As a car, this is a far better bet than the 1.2 petrol manual version recently tested. While the little petrol motor seems fundamentally unsuited to the car, as does the manual gearbox, the diesel and auto combination appear a perfect match. For high-mileage users looking to hang onto the car for years, the diesel is the slam-dunk choice of the two.

The problem is that, once you’ve paid for the diesel and opted in the auto box, you’re looking at adding almost £2000 to the price of a car that, compared with the Seat Ateca and Nissan Qashqai, doesn’t look that cheap to begin with, however well equipped it may be.

It’s a hassle-free, no-surprises, well-built, functional transport device but, even in a class of unusually modest aspirations, we cannot ignore the fact that others, such as the Ateca in particular, offer so much more and do so from a much more affordable starting point. 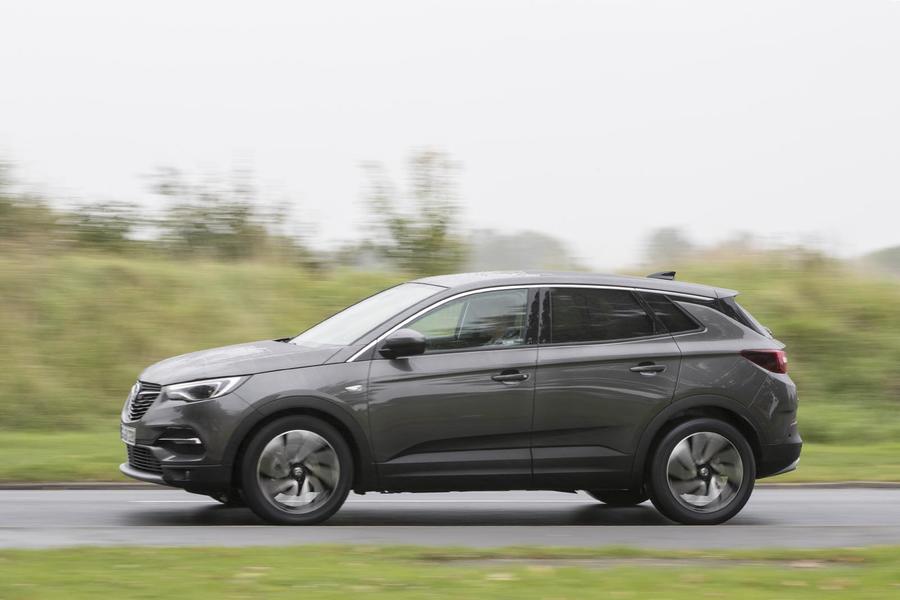 Test vehicle seems to have multiple crises of identity !!    Besides being uncertain whether to state French or German heritage, it doesn't even know if it's a Vauxhall or an Opel !!   External badging is Vauxhall [presumably not photo-shopped ?? ]  yet the steering wheel badge is Opel  - -  and is there such a beast nowadays as a LHD Vauxhall ?

And the number plate is German !!  I assumed you were doing a quick test across the Rhine from Sochaux.

I can't think of a reason to buy this over the Peugeot 3008, which looks more interesting and has a vastly nicer interior, plus the street cred and desirability no Vauxhall ever has. But if this is a flop, it will be a flop for Peugeot too since they own the company. Vauxhall need to reinvent themselves under this new arrangement instead of blandly filling every gap in their range with some utterly forgettable vehicle nobody remembers the name of.

Go on then Andrew, what are

Go on then Andrew, what are the facts?

If the anti-diesel backlash leads to less dross like this in our cities, so much the better.