From £27,5607
Family hatch raises its game in its latest form, with fresh tech and sharp-suited looks
Open gallery
Close

There are a whopping 84% fewer derivatives on this latest Vauxhall Astra line compared with the previous model. And that’s despite Vauxhall offering five different powerplants (two petrol, one diesel, a plug-in hybrid and a forthcoming electric) and two gearboxes, all spread across three trim levels. If nothing else, it makes you realise how unbelievably complicated the last Astra range must have been.

In this simplified new world, the 1.2 turbo on test here will be the big seller (60%), as will the mid GS Line trim (65%). That makes sense because it hits the sweet spot, with most of the things you want – dual-zone climate, 360deg cameras, heated seats and steering wheel, keyless entry, the supportive upgraded seats – while the only really desirable items on the top Ultimate spec are the head-up display and eight-speaker stereo. The price difference between the two is £3115 (or about £35 a month on a PCP). 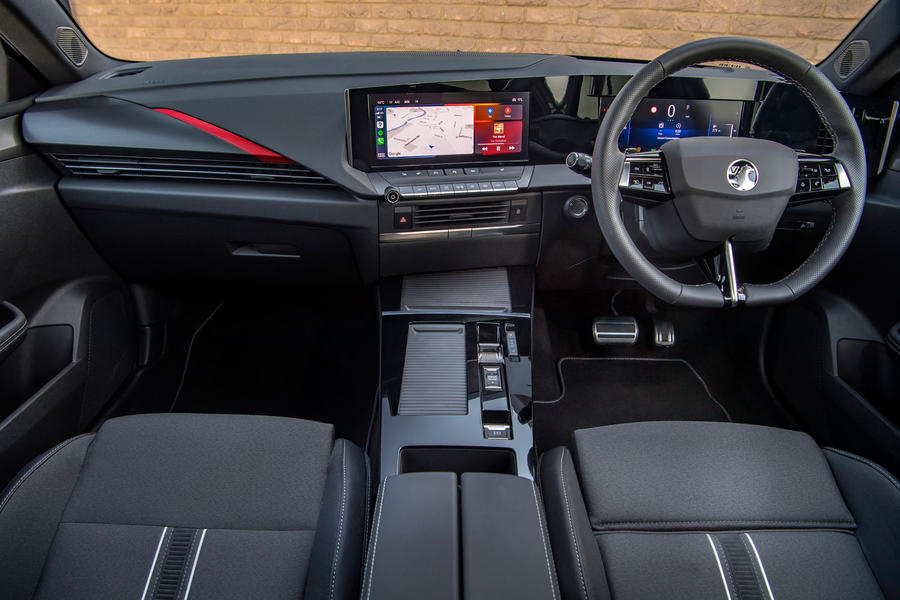 The interior is a much smarter place than in the last car, with an occasional slash of colour to lift things, and is dominated by the Pure Panel digital display. This swathe of screens and vents stretches from the A-pillar to the middle of the car and looks modern (top tip: keep a duster handy because there’s a lot of piano black plastic on display) but crucially Vauxhall hasn’t completely abandoned buttons, unlike rivals such as the Seat Leon.

There are climate control switches under the central screen and even a handy thumb rest to make sure any touchscreen stabbing is slightly more accurate.

The only disappointment is the rear leg room. You sit quite high so the view forward is better but, as a result, there’s not much underthigh support and it feels quite claustrophobic because your head is so close to the roof lining.

Vauxhall claims it has spent lots of time focusing on making the Astra more refined (more door seals, acoustic glass) and the wind noise is well contained but road and engine noise isn’t especially muffled. Still, it’s only a three-cylinder thrum so it’s a characterful accompaniment.

With 129bhp and 170lb ft – the same as its Peugeot 308 sibling – it shouldn’t come as much of a surprise that the 0-62mph times are also an exact match. True, 9.7sec isn’t scintillating in this day and age but it’s a relatively punchy little lump and, with a healthy dose of torque available at 1500rpm, it never struggles to pull in a high gear.

There are two gearbox options available and neither is any more or less suited to the 1.2. The upshifts of the eight-speed auto aren’t quick on a hard acceleration run, but it rarely gets flustered, while the manual has a slightly long throw but is accurate enough. Swings and roundabouts on both, then: basically, if you do loads of miles in heavy traffic, get the auto, and if not, save yourself £1500 and opt for the six-speeder. 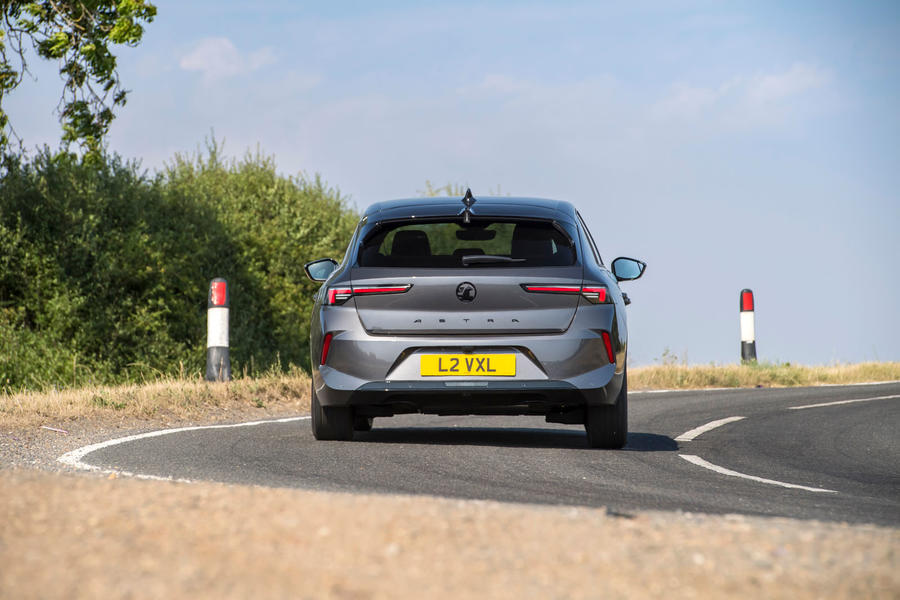 Dynamically, the steering is accurate and the handling benign, but some rivals have a bit more joie de vivre about them. There is a more powerful PHEV coming so maybe that will help the Astra.

Overall body control is impressive and the Astra feels well tied down over longer undulations. Vauxhall’s Stellantis partner Opel talks of this car being autobahn ready, which makes sense given the high-speed security it exhibits, but I suspect the firms have sacrificed ride comfort at the altar of the autobahn. The secondary ride is too fiddly and chatters away beneath you, picking out lots of undulations and generally jostling the driver around too much.

This eighth-generation Astra definitely moves the game on from where Vauxhall was. Finally, the model has some sharp styling and decent interior tech to carry it through to the end of the ICE, with the result that it no longer feels like the poor relation within Vauxhall. But is that enough to shift it to the top of the hatchback class? Not quite.

Log in or register to post comments
QuestionEverything 10 August 2022
It's an attractive but a little anonymous. The front end has a touch of Camaro & the rear is a bit BMW 1 series-ish. If it had a different badge I think more private buyers would be tempted. Of course, most of these will be bought by hire car companies. They should do Avis & Hertz special editions.
emmaharper 7 August 2022

Fishingastar, com
rhwilton 4 August 2022
Fashions change but I thought the exterior of the last model was one of the most appealing in the class. The interior was dull, certainly, even if very ergonomic. This new one looks cool, even the interior, which is a first for Opel. For Opel, motorway stability is always a top priority, as it is for all the German makes. That’s why they’re so uncomfortable around town, unless you cough up for trick (variable damper) suspension.
View all comments (9)