From £16,7496
Is charm enough to see the dinky new Suzuki Jimny succeed on British Tarmac? We're about to find out
Open gallery
Close

According to social media, the new Suzuki Jimny is just about the most endearing, ebullient, retro, fantastic, old-school and wonderful car to be released in 2018. So many times have phrases or words such as ‘cult-like following’ and ‘charming’ been used by the wider motoring press to describe it, you might be excused for mistaking the Jimny’s arrival for the second coming.

However, while this seemingly non-stop praise might all be a bit exhausting, you can understand where it all comes from; new Jimnys don’t come around all that often (the previous model was on sale continuously for 20 years), and the fact that this one looks the way it does certainly isn’t doing it a disservice.

Anyway, opinions on its image or character aside, we’ve now got the task of finding out how the Jimny - with its ladder-frame chassis, three-link rigid axle suspension and 101bhp naturally aspirated petrol engine - copes with job of dealing with the less-than-stellar British road network. Gulp. 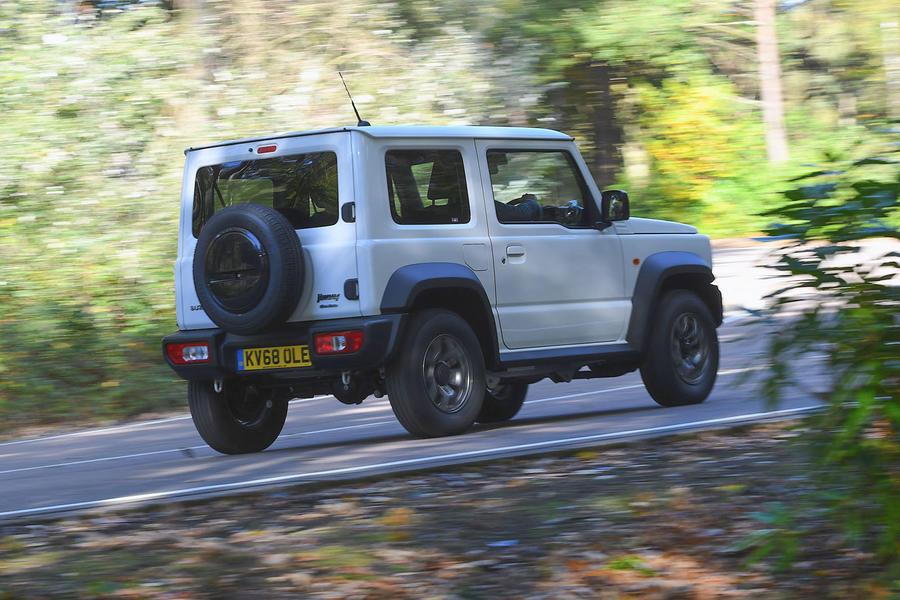 As a road car, it’s really rather poor. Inherently flawed, even. Those looks can only go so far to assuage any ill feelings you’ll inevitably experience about the way the Jimny goes from A to B, and it’s likely not going to be that much further than 10 miles or so.

The low-speed ride is horrendously choppy over lumps and bumps, to the point where it feels as though it wouldn’t settle down even if you found yourself driving on a road that had the smoothness of glass. Add a little pace to the mix, and it calms down a touch, but stray above 60mph and there are times when the Jimny feels as though it’s about to take off completely.

Things don’t get much better through the bends, either. Its tall, slab-sided shape gives way to a considerable amount of roll, while mid-corner directional changes are particularly good at eliciting something of a dynamic tantrum. Weight transfer in this instance isn’t particularly progressive - there are times when it feels like all of the Suzuki’s 1090kg mass is shifting around its lateral axis in a manner that’s not too dissimilar from a ship being tossed about by a stormy sea.

The steering is overly light and not particularly responsive, but to its credit it does provide some idea of what the front tyres are doing beneath you. Which is a good thing, as there’s very little front-end grip on offer here; the Jimny requires only minor provocation before it’ll begin to understeer. You won’t be in any danger of falling off the road, mind – there’s so little performance that you won’t be travelling particularly quickly and the traction control will cut in fairly severely if it thinks you’re being a bit of a wally.

Speaking of the powertrain, that will likely grow to be a source of annoyance for anyone planning on regularly using the Jimny for long-distance trips. Its lack of pace or in-gear shove isn’t the problem here, more the fact that you get the impression Suzuki has done very little when it comes to refinement, and noise isolation in particular. At the sorts of speeds you encounter on British motorways, the engine will be spinning away so furiously and vocally, you feel as though the soundwaves that permeate throughout the cabin might actually melt your eardrums.

Which is a bit of a shame, really, because the cabin actually isn’t an unpleasant place to spend time. The seats position you high up for a commanding view of the road despite the Jimny’s relatively diminutive 1.7m height, and its boxy shape makes for excellent visibility. The controls are chunky and easy to operate (infotainment aside), and quite obviously geared towards making the Jimny as user-friendly as possible off-road.

And that, ultimately, is where the Jimny should be used. 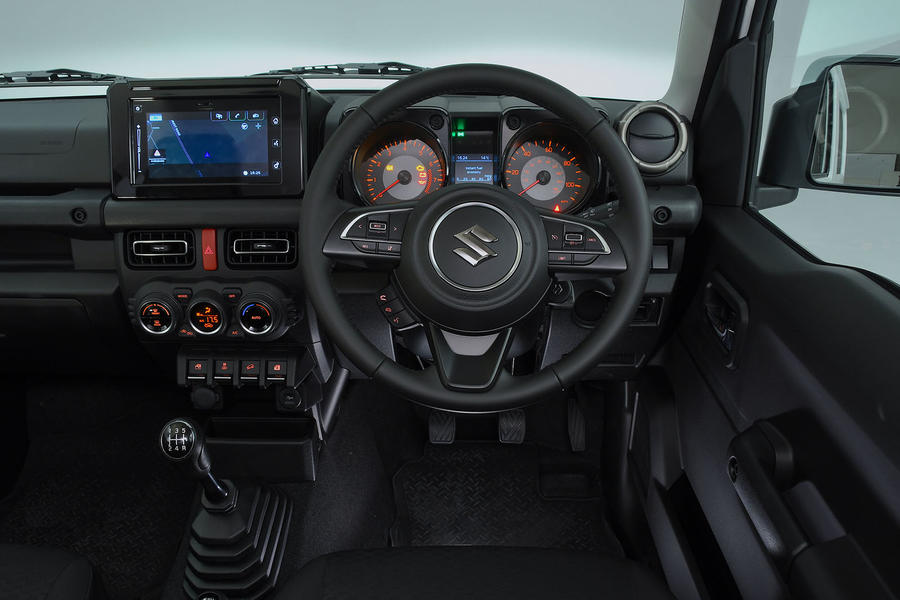 Were you to buy a Jimny with no intention of ever taking it anywhere near a muddy field or rutted farm track, you’re likely to find that whatever thoughts you may have had about its sweet and endearing image will quickly vanish. It just doesn’t work well enough on the road for it to be considered a car that you could easily live with.

On the other hand, to severely penalise the Jimny based solely on the impressions gleaned from driving it on the Tarmac would be really rather unfair. And while that is where circumstance has seen this particular test take place, a proper mud-plugging, rock-climbing off-road review is inbound.

Rest assured, this isn’t the last we’ll see of the little Jimny. 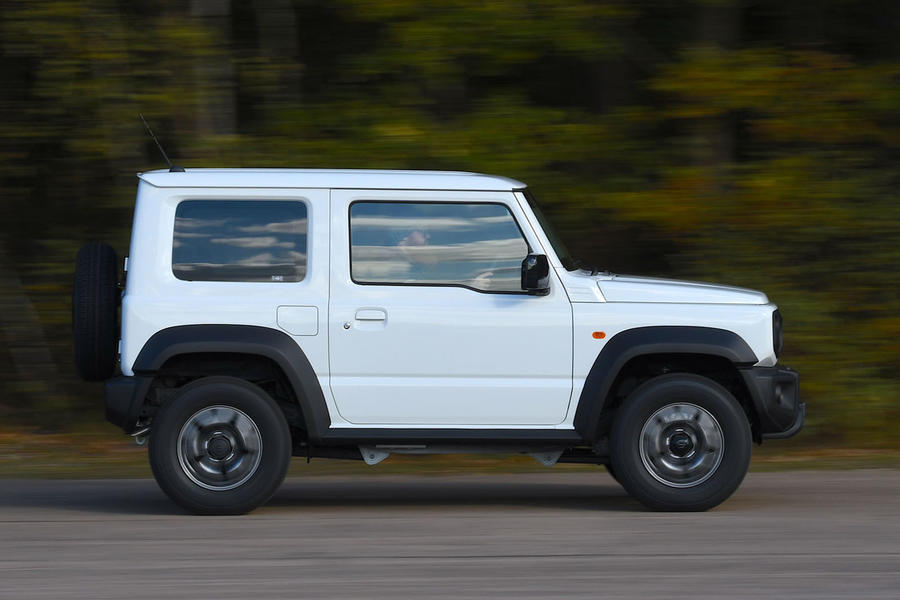 20cm longer would sort it

Basically it is too short. 20mm longer would make it ride much better and be genuinely useful, while still being tiny. As it is it is a wonderful, but very niche product.

The new Jimny is great.  The main problem facing potential new owners is that you have to buy a farm to go with it!

It was the finest cheapest most wonderful off roader used by the intrepid competition mud pluggers. Winning hearts as well as trophy's the little bugger would romp up mountains like a mountain goat where the opposition failed to hardly pass the starting gate.

So please Autocar - get one driver amongst your hot bum brigade who knows a thing or three about off roading and take the new one where other fear to tread. Thats what its all about.