The Q-car phenomenon - cars that expertly hide their performance and capability under a bushel - seems to be dying.

Traditionally, most of these were large, family-focused saloons or estates (the more mainstream the brand, the better) with unusually powerful engines but barely any visual evidence of that fact to the ordinary punter.

With the mainstream large saloon segment flatlining in the face of the Great SUV March, many of these models - hot Ford Mondeos, Vauxhall Insignias, Mazda 6s and the like - have bitten the dust or been diluted to become superficially sporty trim levels. But Skoda is still defiantly holding the Q-car torch aloft with its flagship Superb, driven here in facelifted form for the first time.

We first drove the updated Superb in the UK with its 148bhp 1.5-litre turbo petrol engine. This version has knocking on for twice that output from the now-venerable EA888 2.0-litre unit. Yes, that’s 8bhp less than the pre-facelifted car, due to the WLTP-necessitated particulate filter, but it still makes an unassuming family saloon the fastest and most powerful Skoda, outfoxing even the Octavia vRS and Kodiaq vRS.

We wish it were even more unassuming for the full unmarked traffic cop effect, to be honest. This engine is now only available in Sportline Plus spec, bringing bigger 19in wheels and a tasteful bodykit and jacking up the price; more on that in a bit. It also drops the ride height by 15mm, which rang alarm bells to a tester hoping it would retain the cosseting, long-legged gait of lesser Superbs. 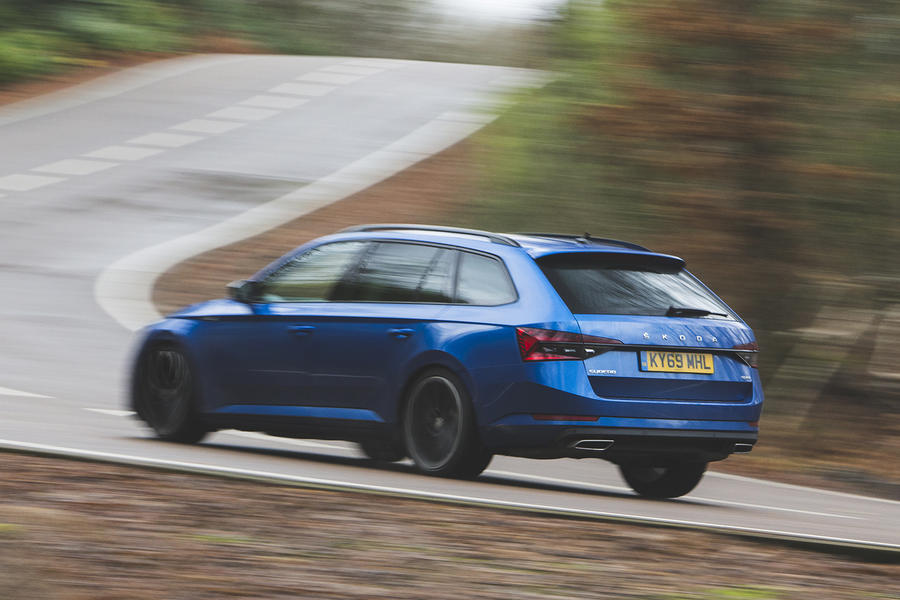 Thankfully, all is well. The Sportline’s suspension tweaks and look-at-me rims don't turn the Superb into a crashing, thudding mess about town or on the open road. Yes, a base-spec Superb with more sidewall will iron out the nastiest intrusions, but adaptive dampers mean this car is still wholly smooth, relaxing and refined, feeling thoroughly at home traversing hundreds of miles on Britain’s arterial routes in a day.

It’s not completely disgraced when the urge to avoid the ever-changing gantry limits takes you and your fancy going off-piste. Expectations must be tempered; this is a girthy, relatively heavy car with soft suspension and a lot less dynamic intent than any vRS. Body control is tighter than the regular Superb, but not by much, and you never get a sense that the car wants to be thrown about.

However, with four-wheel drive and and an electronic differential to meter power between the wheels, it can cover ground quickly and effectively with little drama or vice. Planted, stable and grippy it is, adjustable, playful or interactive it isn't – but you never expected that for a moment, did you?

More evidence of this car's laidback approach to performance is found in the powertrain tune itself. The motor spins freely and – for a forced induction unit - keenly to its redline, delivering satisfying performance from barely above 2000rpm and staying relatively animated even when nearing its redline.

But it's metered out by dual-clutch automatic gearbox that's curiously lackadaisical in 'D', taking quite a while to select the appropriate cog on kickdown. Nudging it into Sport mode rectifies this to a degree, but then you're left with revs spinning uncomfortably high once you ease off. The trade-off is that this feels significantly smoother at low speeds than the more snappily calibrated DSG 'box in vRS models.

All the traditional Superb traits remain intact, of course. To compare this to a similarly priced BMW 3 Series Touring or Audi A4 Avant isn't doing justice to the Skoda's palatial rear seat space and boot that's more voluminous than most London studio flats. It's far more easily applied the 'all the car you ever need' tag than those cars if versatility is an important factor.

Premium buyers would also take one look at the Superb's visually uninspiring innards and turn to the safety of the polished German trio, but they'd be missing something. Glitz, posh fascias and multi-colour ambient lighting are left out in favour of an aura of confident simplicity and ergonomic excellence. It's perhaps looking its age in places, but at least the infotainment technology is kept bang up-to-date with newer Skoda models, such as the Scala. 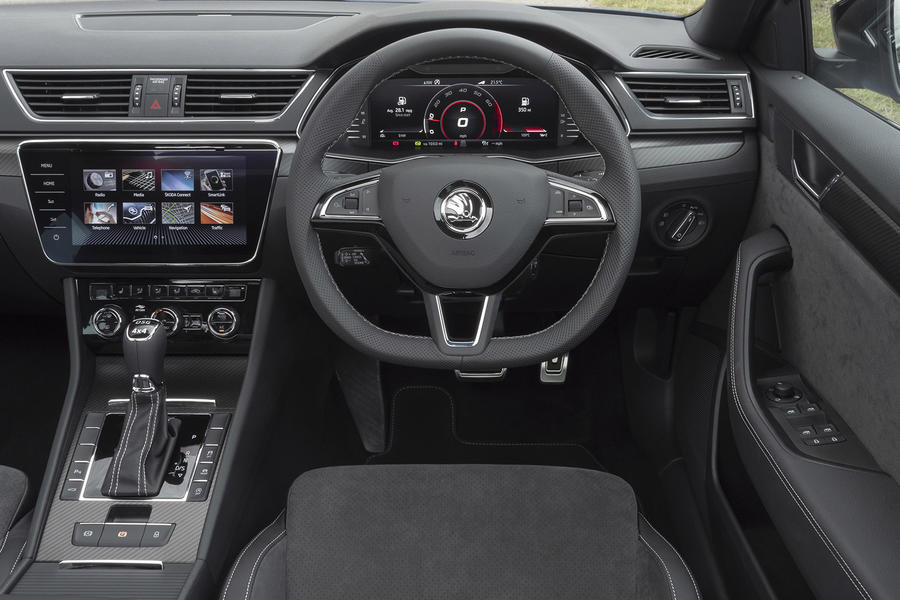 There's something deeply satisfying about a car that doesn't make anybody but those in the know aware of its performance potential - and this Superb is about as close to absolute subtlety as you can get in 2020.

However, there is a big 'but' that will make its quiet competence seem less enthralling: the fact that this is perilously close to tipping over the £40,000 mark with just a few choice options.

Its performance, exterior style and practicality are comparable with (or better than) the premium establishment, but its image and sense of occasion is lacking at that price. Despite this, and if you can get a good finance deal (or a chunky discount), there's plenty of leftfield appeal for a car that, as ever tougher emissions targets rear their head, probably won't be around for much longer in a form like this. 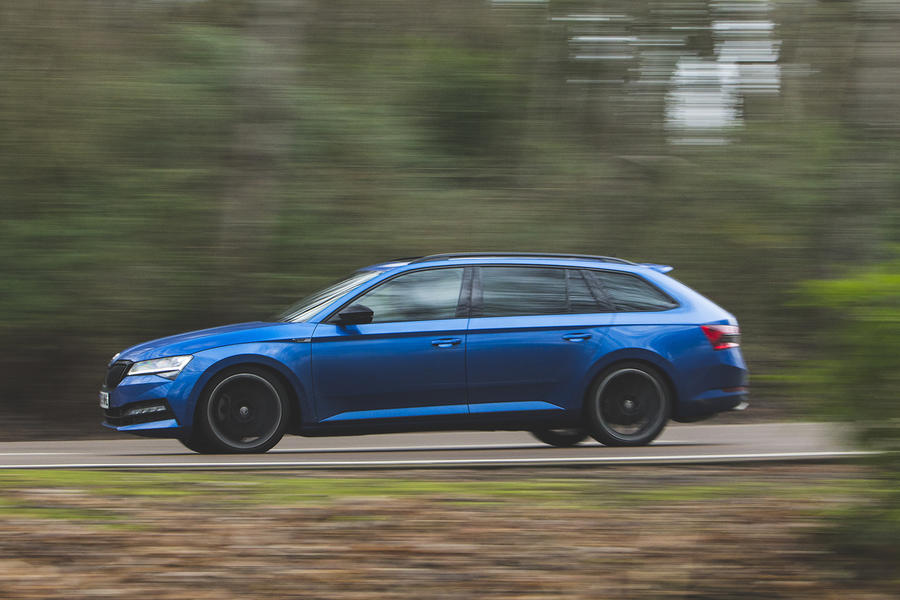 Perhaps the really smart way to buy one of these is second hand ?

So, if you can accept not choosing the colour, not having the latest reg plate and a couple of (probably demo) miles on the clock you can get this for the same price as a mid-spec VW Golf.