From £22,4108
Diesel version of Skoda’s junior SUV is unobtrusive and undemanding, but we’d still go for the silkier petrol version of the Karoq
Open gallery
Close

Although Skoda won’t admit it, the Karoq is the replacement for the much-loved Yeti. That was a likeable car of comfort, character and tidy handling, not to mention one of the first to latch onto the galactic moneymaking potential of the crossover segment – but it was undoubtedly flawed. Not as spacious as it needed to be and a touch too dear in the face of Nissan Qashqais and the like, after eight years of service the Yeti was ready for retirement.

Built on the Volkswagen Group’s MQB platform, the new Karoq is not an obvious successor. It’s much sleeker, for a start, exhibiting Skoda’s increasingly chiselled design language while at the same time smoothing out the two-box silhouette of its predecessor to resemble a scaled-down version of a full-size SUV. It’s also larger than the Yeti in every department and, with LED lights front and rear, looks smart, lean and modern - although not that endearing.

Four engines are offered at launch – two diesel and two petrol, ranging from 113bhp to 148bhp – and, depending on which you choose, the Karoq can be had with all-wheel drive and a double-clutch transmission instead of the standard six-speed manual. A range-topping 2.0-litre TDI with a warm-hatch-baiting 187bhp is due at some point next year.

Inside the austere but comfortable cabin (which features front seats that can be set usefully high or low, as well as plenty of innovative storage) is a version of the digital instrument panel pioneered by Audi’s Virtual Cockpit and a choice of two glass-faced central touchscreen systems for the infotainment: the 8.0in Amundsen and the sprawling 9.2in Columbus. Skoda’s optional VarioFlex rear seats, meanwhile, can be individually removed, allowing owners to tailor the trade-off between passenger count and luggage capacity. 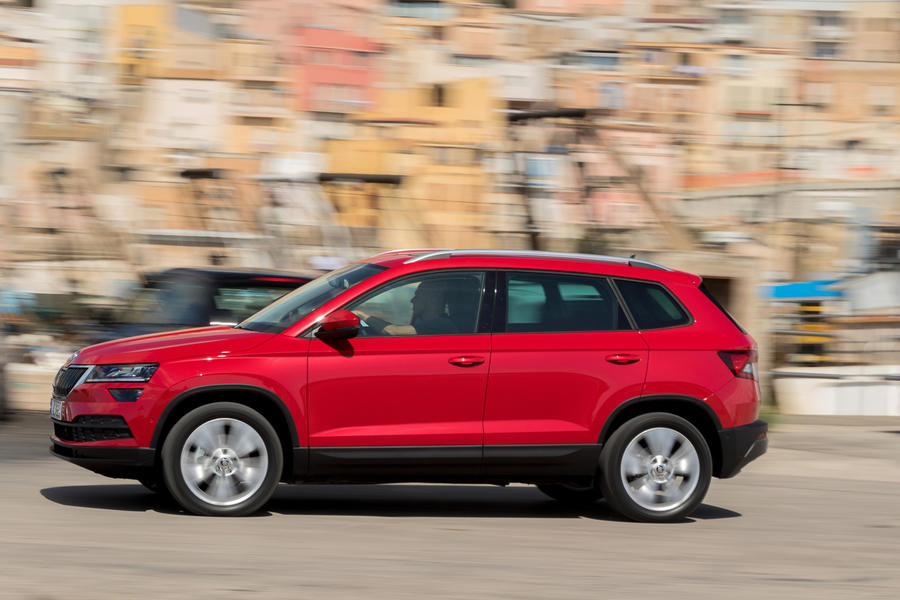 Competent to a fault. We’ve already driven the 1.5-litre TSI Karoq – the model Skoda expects to rack up the most sales in the UK. Like that car, the more powerful of the two diesels currently on sale, the 148bhp 2.0-litre TDI sampled here, doesn’t disappoint.

Developing 251lb ft from 1750rpm, it serves up its ample muscle discretely and responsively in a manner typical of the VW Group’s turbodiesel engines in a low state of tune. That means it’s more usable than the petrol (itself good for 184lb ft from 1500rpm), although the usual caveats apply: the diesel is neither as satisfying to wring out nor as cultured under load, particularly while overtaking.

There’s also a smaller, 1.6-litre TDI that makes 113bhp, although it can’t be had with four-wheel drive and its marginally improved fuel economy (61.5mpg versus 56.5mpg) is scant justification for the more laboured manner in which it hauls the Karoq along. We’d stick with the more powerful, easy-going 2.0-litre TDI, particularly if you intend to the load the thing up for weekends away.

Whichever engine nestles under the bonnet, the way this car rides is deeply impressive, particularly when the chassis is shod with 17in wheels (standard only in base SE trim). Potholes and corrugated Tarmac are dealt with in a manner that would have been familiar to Audi A6 owners not too long ago; even on motorways, the cabin – noticeably tight in terms of fit and constructed using high-quality materials – remains a quiet, peaceful place.

Committed cornering will expose a significant measure of body roll and the Karoq’s lengthy suspension travel means that, when the dampers do fall a step behind undulations in the road, progress can quickly become comically choppy. However, it’s unlikely that families will ask this chassis to step beyond the bounds of its broad comfort zone often, and within those bounds the Karoq gives fleeting cause for complaint. 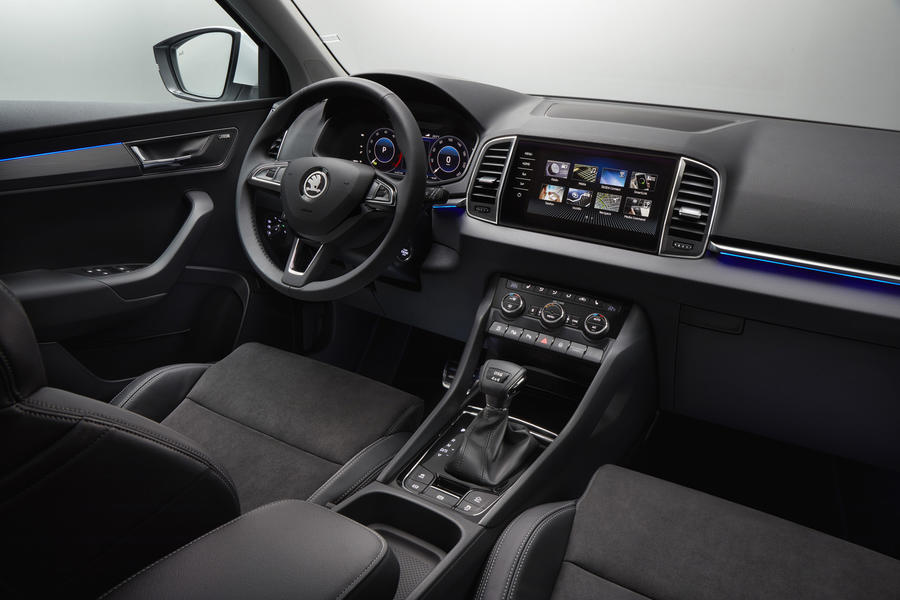 The Karoq isn’t as fun to drive as the Seat Ateca with which it shares its mechanicals, but it is more spacious and – crucially for a family car – remarkably refined. It isn’t as characterful as the Yeti it replaces, but the way it painlessly applies its talents to tight inner-city runs and the outside lane of the motorway alike means it’ll endear itself to owners nevertheless.

In this sense, it’s a likeable car - but only by virtue of its comprehensive fitness for purpose rather than any distinct character it might possess. Whether you opt for the diesel or the petrol will depend largely on personal preference – we’d have the latter, purely to maximise the Karoq’s impressive levels of detachment from the outside world. 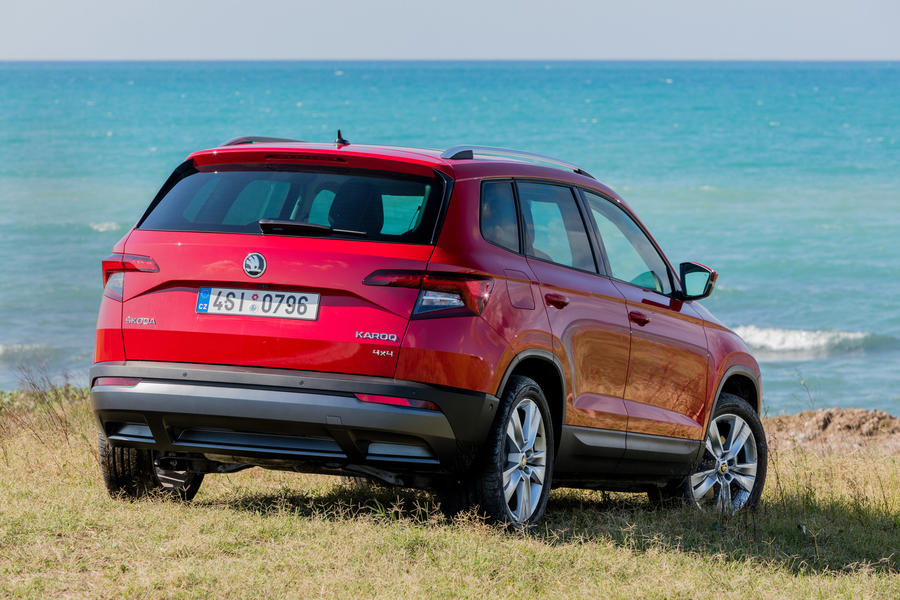 "The Karoq isn’t as fun to

"The Karoq isn’t as fun to drive as the Seat Ateca with which it shares its mechanicals, but it is more spacious"

I thought they were the same size?

Oh look - A Seat Ateca with a

Oh look - A Seat Ateca with a less attractive nose..zzzzzzzzz

I had a Yeti for 3 years - which was great because it was a bit different and distinctive. This is just dull.

If you want something like this - the Vauxhall Grandland is better looking, a Hyundai Tucson or Kia Sportage are also more distinctive and probably more reliable than anything from VAG as well.

VW must have this sector of the market conquered.

According to Autocar, the rivals for this car, and the 2wd petrol version previously reviewed, are all VW group products.