From £10,2708
The facelifted Citigo gets a new infotainment system, but Skoda has wisely resisted the urge to make sweeping changes
Open gallery
Close

The Skoda Citigo has been given a facelift some 200,000 sales and six years after entering the market.

Originally launched alongside its Volkswagen Group siblings, the Seat Mii and Volkswagen Up, the Citigo now comes with extra kit - but retains a familiar feel.

The changes aren’t drastic. The car's mechanicals have been left untouched, while bumper styling changes have extended the car's length by 34mm. A few other exterior styling and equipment modifications, and the addition of more kit, complete the update.

The Citigo's bonnet now has more muscular-looking bulges in it, while the chrome-edged front grille and bumper have also been tweaked slightly. The rear end styling has also been revised with SE models getting tinted brake lights. New for this version of the Citigo are redesigned 15in alloy wheels and an alluring Kiwi Green body colour, which replaces the Spring Green paint previously available.

Inside is where you will spot most of the differences, which include a new instrument cluster and updated infotainment options. Our test car was fitted with the Swing infotainment system, which is available on all models above the entry-level S trim, and is similar in look and operation to the one on the facelifted Up. The new infotainment system also comes complete with a smartphone dock, which Skoda replaces the Garmin-powered device previously offered. The main reason was to offer the driver more control and flexibility through Skoda’s Move&Fun app, which provides users with sat-nav, driving data, radio and Bluetooth connectivity. 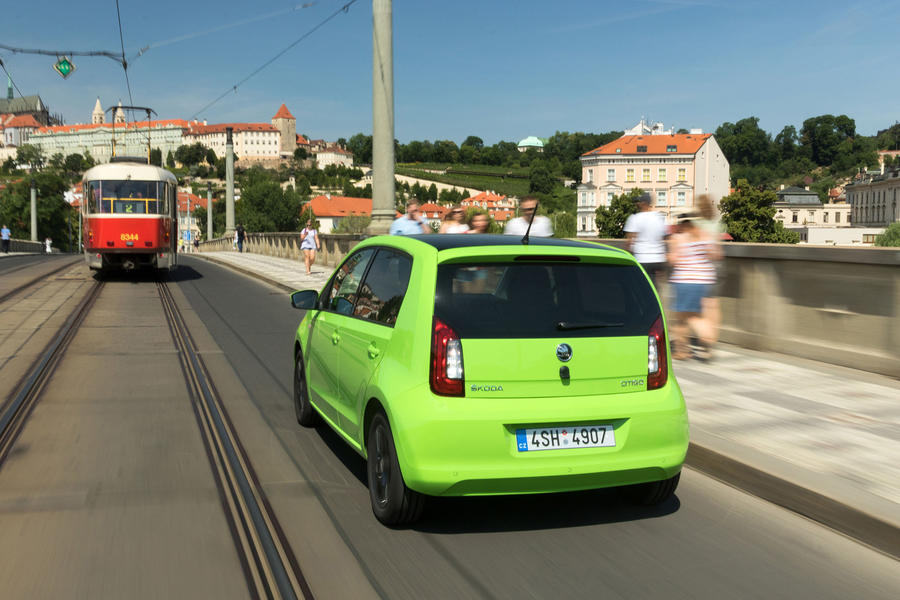 The facelifted Citigo retains the familiar drive of the previous version. Even in this entry-level 59bhp guise, the engine is surprisingly free-revving and willing. Although not quick, it is gutsy enough to make light of the stop-start nature of city driving.

The 1.0-litre engine is decently refined, with its thrummy note only making itself known when you thrash it and otherwise only humming away in the background. Even out on the open roads and motorways, the Citigo only occasionally feels out its depth, though it's plainly happier pottering around urban streets.

The little Skoda handles tidily and accurately enough, with fairly strong grip and precision in the corners. The steering is light, but weights up a tad under load. Ultimately it feels too remote to make the car particularly fun or involving.

The ride is pretty decent, absorbing rutted Czech rural roads well enough. At lower speeds and over harsher lumps, it does tend to get caught out with harsh impacts and vibrations filtering through into the interior.

Inside, the Citigo is much of the same in terms of material feel and layout, which is to say it's filled mostly with hard plastics that feel well put together - and it's roomy. The new Swing infotainment system certainly makes the interior more appealing with its colour screen and simple layout, and even Skoda’s app is slick to use, unlike some we have encountered previously. 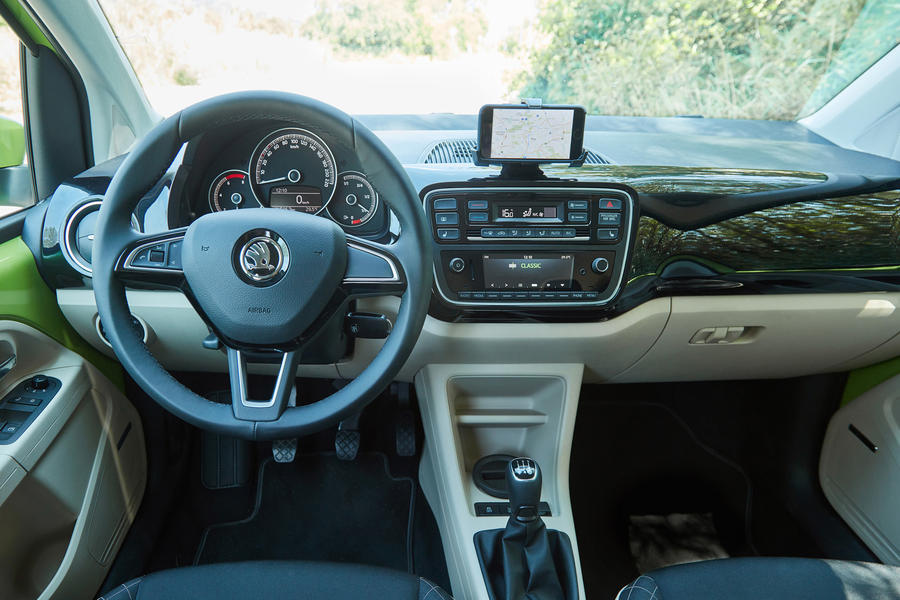 Overall, the Skoda Citigo hasn’t changed that much, and in reality, it didn’t really need to. The interior changes make it a moderately more appealing place to be, and alongside its competent engine and creditable handling, there isn't much more you could ask of an entry-level city car.

However, it lacks the polish of the Up (which is only £55 more expensive in its mid-range Beats Edition spec) and also doesn't have the driving verve of more powerful versions of the Kia Picanto and Hyundai i10.

That's not to say the Citigo isn’t worth considering: it’s a very good car. It just happens to be up against several other very good city cars - which means it's no longer a straight choice between the VW Group trio. 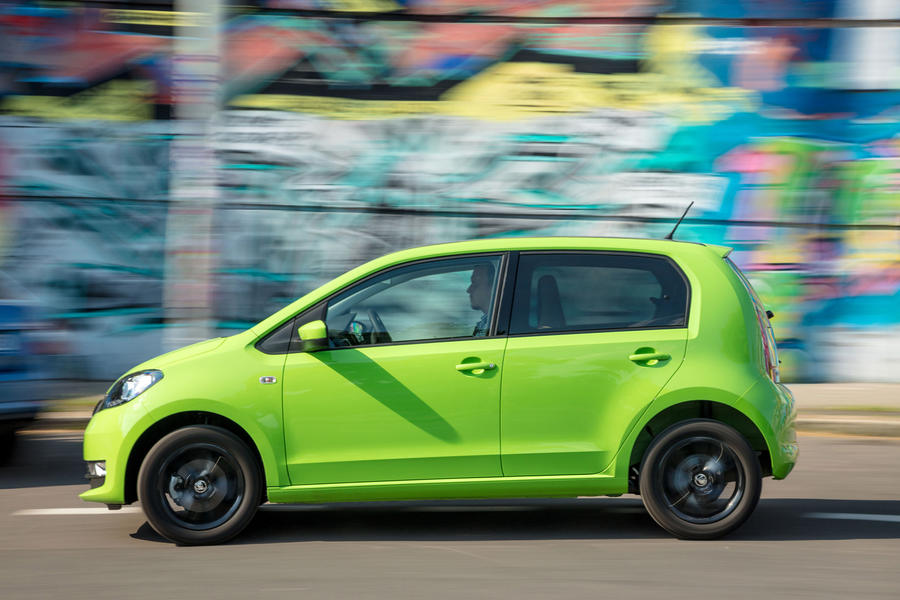 The hinged rather than wind

The hinged rather than wind-down rear window is one cost-cutting exercise too far.
catnip 29 June 2017

I too was wondering what the

I too was wondering what the "extra polish" of the Up was. The Skoda has always seemed the better bet out of the three to me, and I'm glad Skoda havent been tempted to spoil the rear end with over fussy tail lights as VW have done with their facelift.
si73 29 June 2017

Personally I prefer the

Personally I prefer the Garmin based satnav and Bluetooth kit previously offered, my wife's mii has a 32 gig memory card loaded with music in thecard slot so music selection isn't an issue and the Garmin is bigger than our phones so satnav is easier to follow. Still don't see by it and the mii get criticised for lacking the ups polish, when we test drove them they seemed identical apart from price and styling.
View all comments (5)