From £66,1209
The third-generation Porsche Cayenne has more tech, more power and a new chassis, but is it enough to make it the best SUV on sale?
Open gallery
Close

This is the third-generation Porsche Cayenne, which you have probably surmised already given that it looks quite similar to the second-generation car. Which wasn’t a million miles away from the original. However, with 770,000 Cayennes sold since 2002, Porsche is understandably wary of meddling with a style that works so well. Gradual evolution hasn’t done the Porsche 911 any harm now, has it?

Underneath, the changes are much more drastic, with this Cayenne based on the MLB platform that also sees service in the Bentley Bentayga, plus a host of driver-focused chassis technology: rear-wheel steering is an option, along with the electromechanical anti-roll system first seen on the Audi SQ7, and updated air suspension too. Add to those new engines and a thoroughly overhauled interior and it’s plain that there’s far more to this Cayenne than first meets the eye. 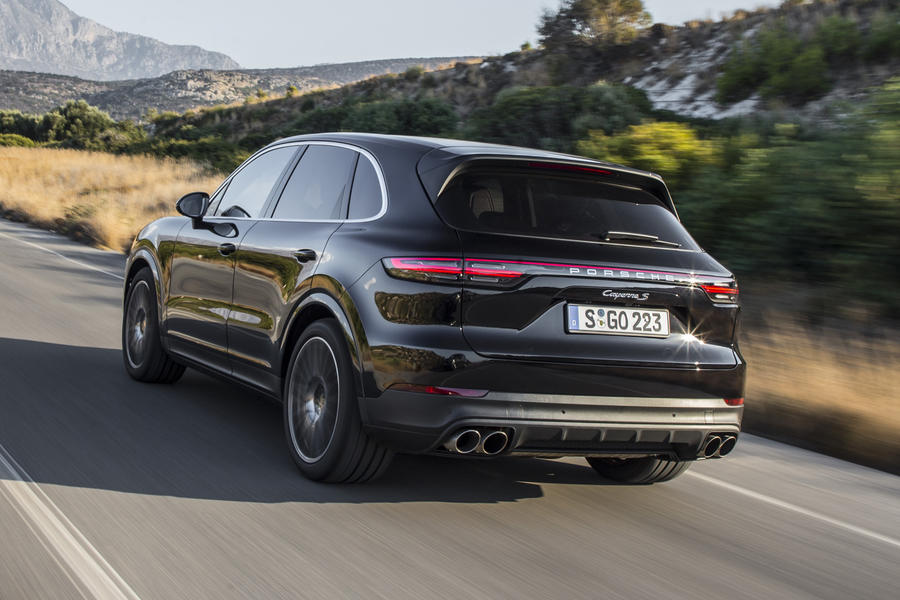 Fairly tremendous actually, at a great many things. Buyers will make their own minds up about the looks, although it’s probably fair to say that those never previously sold on the largest Porsche SUV won't find much to change their mind here.

There can be no complaints about this new Cayenne’s interior however. Both the Cayenne and the Porsche Macan have been recognised for their dynamic acumen, though it’s seldom – if ever – that they’re complimented for a sense of luxury. That changes here, this new Cayenne taking up where the Porsche Panamera left off with a stunning interior comprised of sumptuous materials, seamlessly integrated technology and considerable style. It’s difficult to imagine wanting more from an interior in a car costing comfortably less than £100,000: impeccably appointed, intuitive and as connected as any buyer will currently need, the Cayenne’s cabin is a triumph. Oh yes, and there’s now an extra 100 litres of boot space.

The Cayenne S uses a 2.9-litre twin-turbo V6 and an eight-speed automatic gearbox, a broadly similar powertrain to that in the Audi RS5, albeit with marginally less power at 434bhp. Crucially, this powertrain feels a better fit here than in the sports coupé, the generous spread of torque – 405lb ft from 1800-5500rpm – arguably more befitting of a 2020kg SUV (yes, not much weight has been lost) than BMW an M3-chasing two door. It lends the Cayenne S a fair turn of speed, certainly enough to make the 164mph claimed top speed seem eminently achievable on our brief drive. With minimal lag and a swift-acting automatic gearbox, the turbocharged V6 will provide all the performance most buyers will require.

While dynamic praise of this latest Cayenne is wholly justified, it must be qualified, as is often the case nowadays, by how options are chosen. For instance, our test Cayenne S featured carbon ceramic brakes – nice to have though hardly vital for many SUV buyers – in addition to adaptive air suspension, rear axle steering and 21in wheels. When you bear in mind that a standard car would use steel springs, half the amount of steered wheels, smaller rims and iron brakes, you can see how it is hard to make a definitive judgement on the standard Cayenne S.

As you might expect, however, the test car delivered a stellar dynamic performance. With a lower kerb weight than both the Bentley Bentayga and the Audi Q7 with which it shares a platform, the Porsche is a sharper, more direct and more responsive drive. Hackneyed though it may sound, it doesn’t corner unlike a large hatch, darting into bends with a neutral cornering attitude; indeed, while Porsche’s claim of this being more like a Porsche 911 than ever should be taken with a pinch of salt, it’s the Cayenne’s rear driven wheels that feel to be doing most of the work on corner exit. 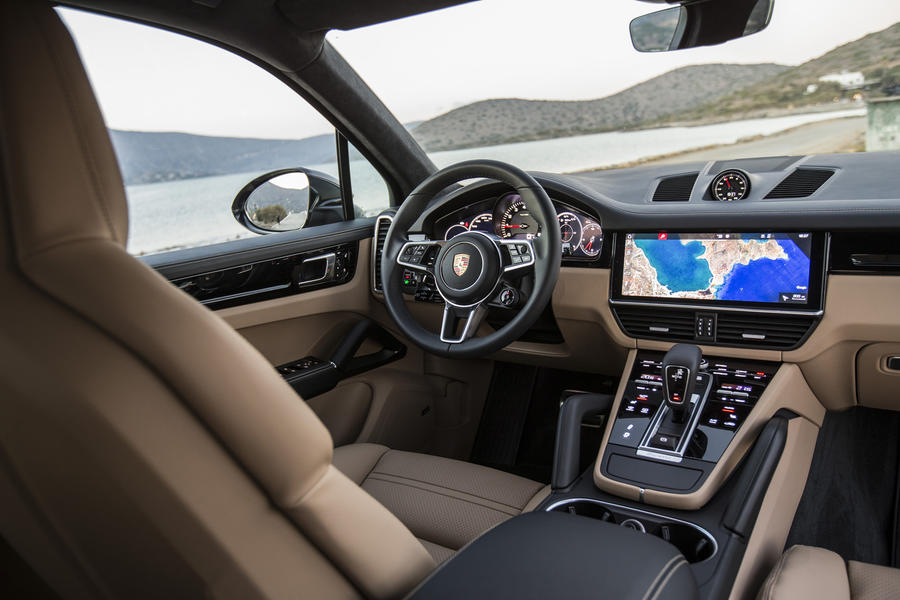 There’s absolutely every reason to. Not only has the Cayenne reasserted its position as the driver’s choice in the SUV segment with this latest version (albeit with the right options ticked), it’s also more practical and more luxurious – noticeably so, in the latter case – than ever before.

So while rivals can match it in certain areas, it’s impossible to choose one of such all-encompassing ability. And while £68,330 could never be considered a bargain, that’s less than was asked for a Land Rover Discovery First Edition diesel. That the Cayenne delivers reasonable value as well as tangible, significant steps on in every area that counts means this could be the new class of the SUV field. 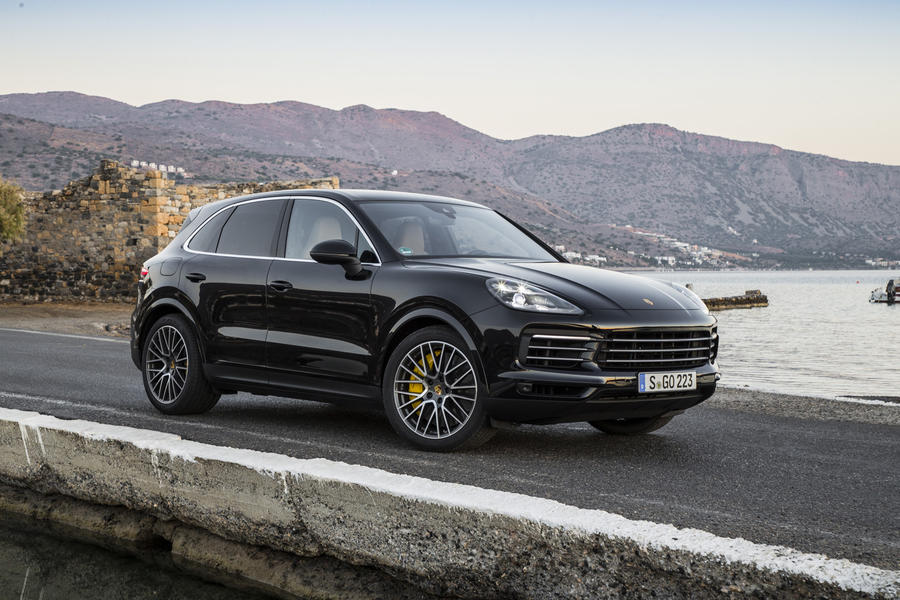 Negative about every car

I like reading Autocar. But 90% of the comments from you guys are negative about any car. Its really rare that half the comments are positive, such as - good looks, good feel, whatever. How come??

...are Halfabee and Roadster related, by any chance?

Not sure about the big gob*, but the new Cayenne is otherwise very impressive.

I'm not going to be getting one of these - really don't like the looks and my wife would disown me (she has a rather negative view of Porsche drivers) - but are the prices at all meaningful?  On the Macan everything is an extra (like BMW used to be) so the base price is a nonsense.  Will these be the same? Without knowing, the base price is a meaningless figure

About Half way to the Turbo

Generally I find with Porsche's if you take the S and increase the price halfway to the Turbo that's about how much a decent spec one will be.  So the base S is about 68k - The Turbo about £100k (and quite well spec'd as a base model - so you need to go to 80-85k to get a decent S.  Actually for that price - vs. the equivalent RR or SQ7 its a compelling buy.  And you can have a petrol one.