This is the plug-in hybrid version of the Peugeot 508. You’re right, we’ve seen it before – driven a prototype, no less. But final touches have been made since then, in time to reach UK driveways, near enough coinciding with new company car tax bands that will benefit PHEV and EV drivers.

But first the car. It features a 178bhp 1.6-litre petrol engine and a 108bhp electric motor on the front axle for a total system output of 222bhp. It’s part of Peugeot's plan to offer electrified variants of every model by 2025, and you can get the same hybrid treatment in the SW estate version, too.

Let’s talk fuel economy. The claimed figures are still ridiculous-sounding even on the 'more realistic' WLTP test cycle, as with all plug-in hybrids. Officially, the 508 Hybrid is said to achieve between 166.2mpg and 235.4mpg. But you’ve more chance of the Peugeot badge sprouting wings, liberating itself from the bonnet and slapping you around the face. On our test route, it got closer to 40mpg.

It will be lower still once the battery is depleted, and to recharge it takes two hours from a 7kW charger – but you’ll have to pay extra on any trim level to be able to charge at that rate. Stingy, right? Otherwise, it takes seven hours from a three-pin plug or four hours from a Type 2 charger with a Mode 3 cable. Rapid charging isn’t available.

Perhaps the more salient figure is the electric-only range, of 33-39 miles. Again, a little optimistic, but even if it’s closer to the 30-mile mark, as we expect, that’s still long enough to electrify plenty of commutes.

And then, of course, there’s the official CO2 emissions. Puffing out 29g/km will certainly appease the company car tax gods. The new benefit-in-kind (BIK) tax bands kicking in on 6 April mean running a 508 Hybrid as a company car can cost you half as much as a 1.5-litre petrol (150g/km) Ford Mondeo.

Sounds good – unless you’re the sales rep who’s just ordered that Mondeo. Sorry. But is there more to like about the 508 than just its CO2 emissions? 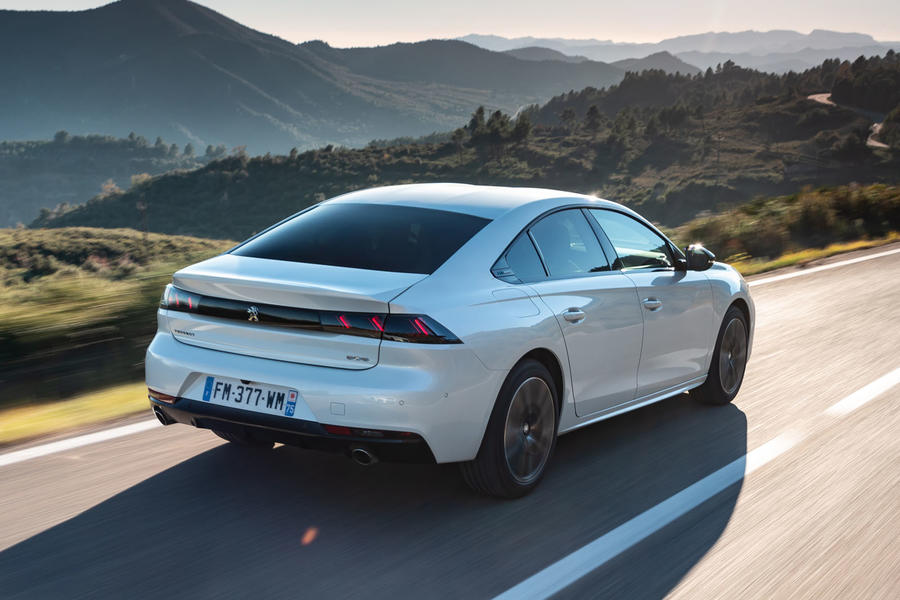 Start it up and, so long as there’s enough charge, it will buzz off in electric-only mode. From that point on, you get the pleasant quietness and zippy acceleration you’d expect, until the battery runs out or you enthusiastically squeeze the throttle, at which point the engine kicks in. The transition between power sources isn’t jarring or irritating, even if it isn’t totally seamless.

It’s the gearbox that frustrates more when you’re asking for urgency. In relaxed circumstances, it shifts without fuss. But in kickdown, it can hunt around for a gear with all the certainty and precision of a drunk darts player.

When it does decide on a gear and shoot you off down the road, the car builds pace smoothly and swiftly. It’s the joint-quickest in the 508 line-up, alongside the 178bhp 2.0-litre diesel, although its pace is progressive rather than dramatic.

Sweep through some bends and you notice the hybrid's added weight; it’s almost 300kg heavier than the lightest 508. But that doesn’t detract too drastically from the 508’s athleticism; it's still pretty agile and happy to change direction quickly, with smooth and precise steering.

The weight doesn't have a ruinous impact on the ride, either. There’s still some noticeable fidget, but it flattens out nicely on the motorway, making the 508 a pleasant place to eat up the miles.

Compromises inside compared to non-hybrids? None, apart from the fact you can’t have a spare wheel. The interior is nicely finished, with decent materials, and there's even a helpful place to store a charging cable under the boot floor. 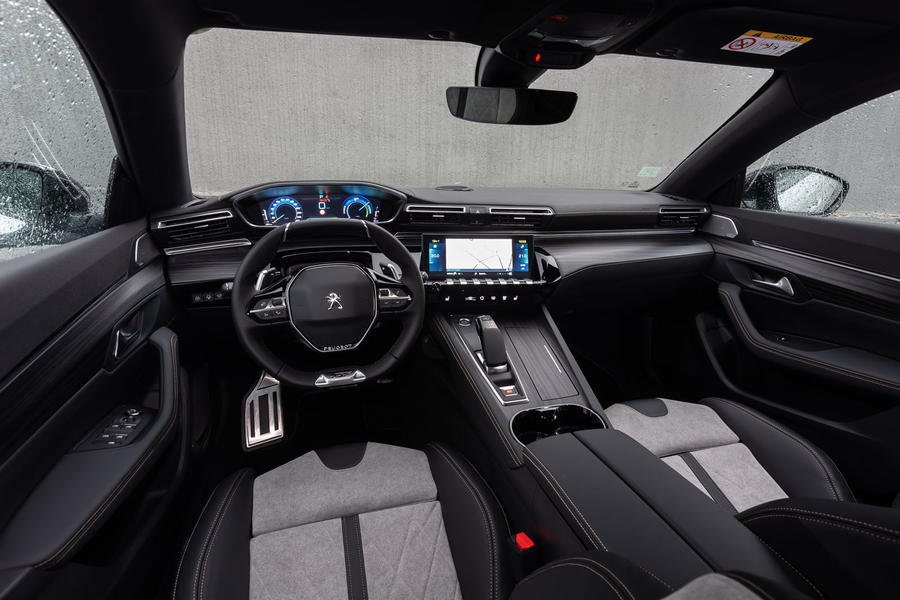 Goodness is the list price punchy. The top-spec GT model weighs in at £40,000. Consider the outstanding BMW 330e M Sport costs the same, while the more spacious Skoda Superb iV and the more comfortable Volkswagen Passat GTE are also available, and the case for the 508 recedes.

The 508 Hybrid is a compelling company car choice compared with a petrol or diesel rival, then, but not so impressive against its immediate plug-in hybrid rivals. 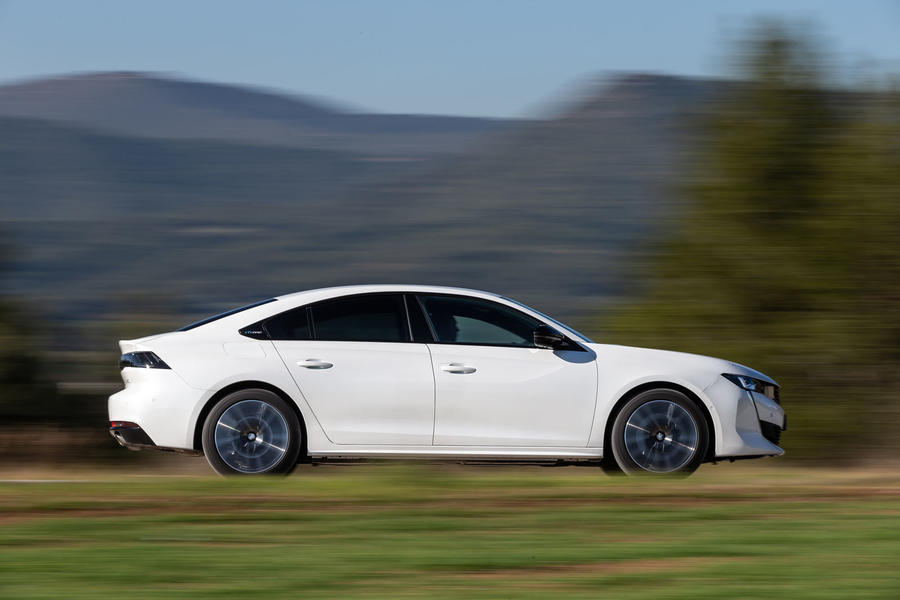 Cmon, Doug, please add that's yr opinion. After a drive to the supermarket. The opinion of dozens of other testers is opposite to yours. NB: In case someone is interested in the (outstanding) moose- and slalom test results of the mighty 508, check KM77.

More than a Tesla

This is a really nice car, but it's more expensive than a Tesla Model 3. If I was in the nice position of choosing, that wouldn't be a hard choice.

This is an amazing blog on Peugeot 508 Hybrid 225 GT 2020. It gives clear idea about the product. The review is fabulous! You can talk to our experts via live chat!